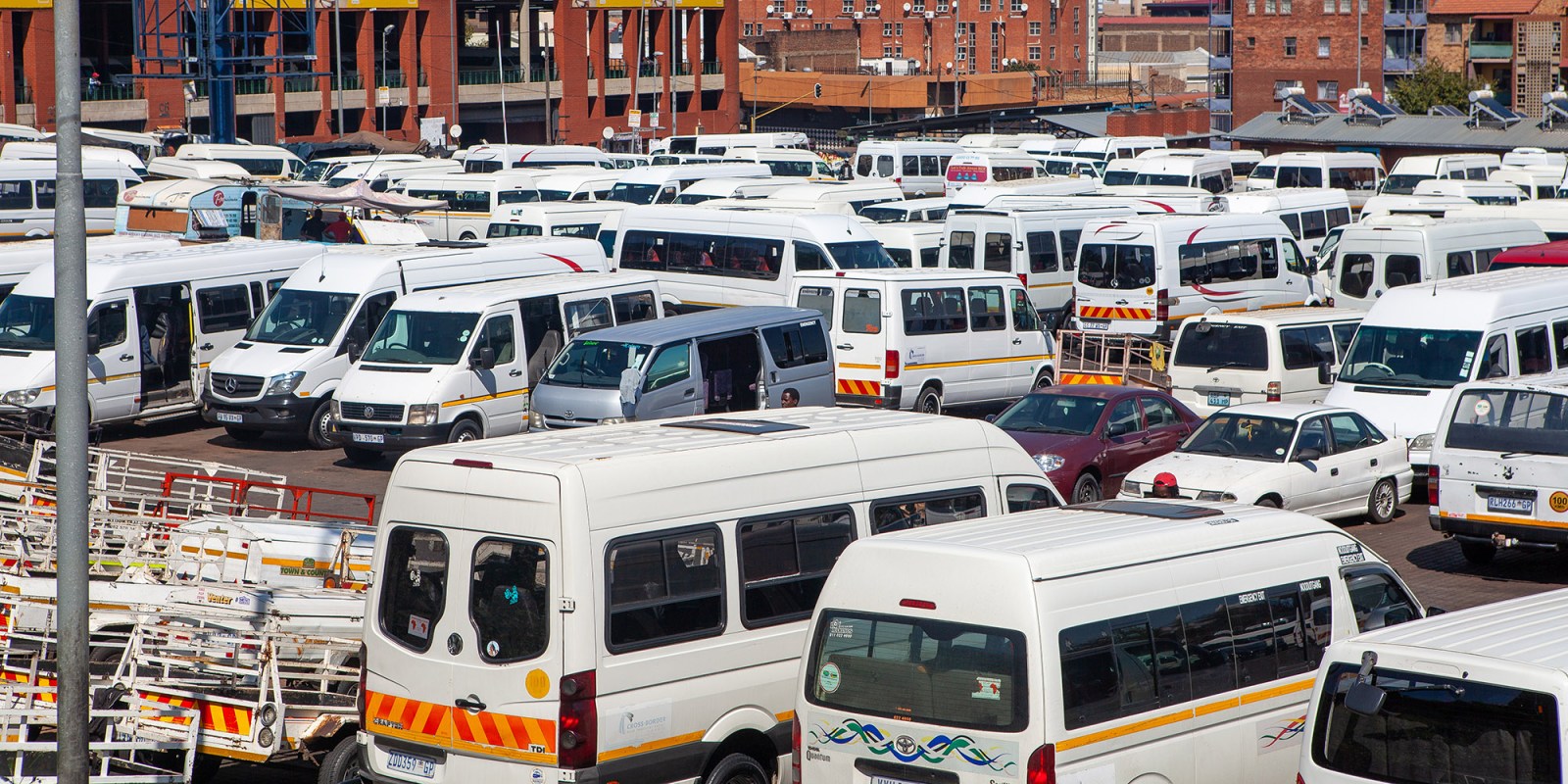 Johannesburg taxi associations are due to increase fares by up to 172% to cover losses during the lockdown as discussions continue over a government relief fund. The costs will hit the poor and middle class hardest.

Seventy-six taxi associations in Johannesburg will increase their fares by up to 172% on 15 June to cover their losses during the Covid-19 lockdown, with many either operating with reduced capacity or not at all, potentially further hurting households that are financially struggling to survive the recent economic decline.

Speaking on SABC News on Monday, SA National Taxi Council (Santaco) Johannesburg deputy chairperson Mashishi Mashishi said 61 Santaco affiliates and 15 members of Top Six, affiliated to the National Taxi Alliance (NTA), had agreed to increase prices on 15 June so that they could turn a profit during the lockdown.

He said the government has introduced support schemes for other industries and the unemployed but failed to finalise a relief package for the taxi industry.

Associations that take commuters from Johannesburg’s Alexandra to nearby Sandton over the weekend announced they would increase fares from R11 to R30, largely due to having to limit vehicle capacity to 70% during the lockdown to prevent the spread of Covid-19, which has eaten into their profit margins.

The fare increases are currently only due to affect the greater Johannesburg region, but national taxi associations have complained of the economic impact of the lockdown and called for relief from government.

“This lockdown has had a very serious impact on the life of the taxi industry,” Santaco president Phillip Taaibosch told Daily Maverick.

He said operators “really appreciate” the payment holidays offered by finance organisations, such as Transaction Capital, which has said it received around 20% of normal collections in April, but Taaibosch said taxi operators were struggling due to the limitations.

Some operators, such as those that travel between provinces, hadn’t worked since the beginning of the lockdown in March.

Taaibosch declined to comment on the fare increases as Santaco leaders were due to meet on Tuesday afternoon. The national body, however, has distanced itself from the increases.

Transport Minister Fikile Mbalula is due to meet industry leaders to discuss a proposed relief fund for the industry on Thursday.

The taxi industry is the country’s largest public transport provider, transporting over 16 million people a day. As most train services are yet to resume due to Prasa and Metrorail’s failure to implement Covid-19 safety measures, taxis are currently the only option many people have to get to work.

In a statement, Mbalula noted the plans to increase fares with “great concern”.

“We understand that there may be a need for fare increases but those increases must be fair, the industry must take into consideration the plight of the poor and the working class, who form the majority of their customers. Anything outside of that fairness is illegality,” said Mbalula, suggesting he might refer associations who excessively raise their prices for investigation.

The taxi industry has thus far been left out of extensive relief packages offered by the government. Over a month ago, Mbalula suggested that there would be an imminent announcement on a taxi relief fund. Santaco launched its own R3.5-billion relief fund to help drivers, queue marshals and support staff put food on the table during the lockdown.

Taxi operators are meant to make UIF contributions for drivers but the industry hasn’t acted on its duty and Mbalula said workers aren’t entitled to claim from the fund.

Mbalula has suggested it has been difficult to agree with the industry on a relief fund because it isn’t regulated. His spokesperson Ayanda Allie Paine has said it has been delayed as different departments have to work together to ensure the relief programme stands up to scrutiny and is free of corruption.

“How are you going to compensate? Is it per kilometre that the taxi drives? Is it per permit? Is it per vehicle?” Allie Paine asked on Monday.

But delaying crucial relief for the taxi industry, which ensures millions of people can get to work, has left some industry associations feeling sidelined while their members continue to feel the economic pinch. Unless Mbalula can negotiate with the industry on maintaining reasonable fares and finalise the relief package promptly, the poor and middle class will suffer.

Low-income households suffered the most during the global financial crisis and they are likely to be the worst hit during the lockdown.

The Public Servants Association (PSA) said on Tuesday that its members are already struggling.

“To make matters worse, the recent increase in the price of petrol and Gauteng freeway e-tolls, has also made matters extremely difficult for employees to utilise their personal transport to commute to work, with the majority relying on taxis as a mode of transport,” said the union.

“Public servants are going to fall into a deeper financial crisis and are also adding to the number of employees seeking debt counselling and even prolonged sick leave due to medical conditions related to stress.”

The DA blamed Mbalula for the increased fares.

“With Prasa and Metrorail seemingly out for the count, the taxi industry is the sole competitor left. This would not have happened had Prasa not been burdened by incompetence and corruption, and had the minister made an actual plan for relief in the taxi industry, instead of making throwaway comments,” said shadow transport minister Chris Hunsinger.

“The minister has now picked a fight with taxi associations by referring the fare hikes to the Competition Commission. While the DA strongly opposes fare hikes at this time, the reality is that these increases lie squarely at the feet of Minister Mbalula, Prasa and Metrorail for their failure to ensure that commuter rail services were operational on 1 June.” DM