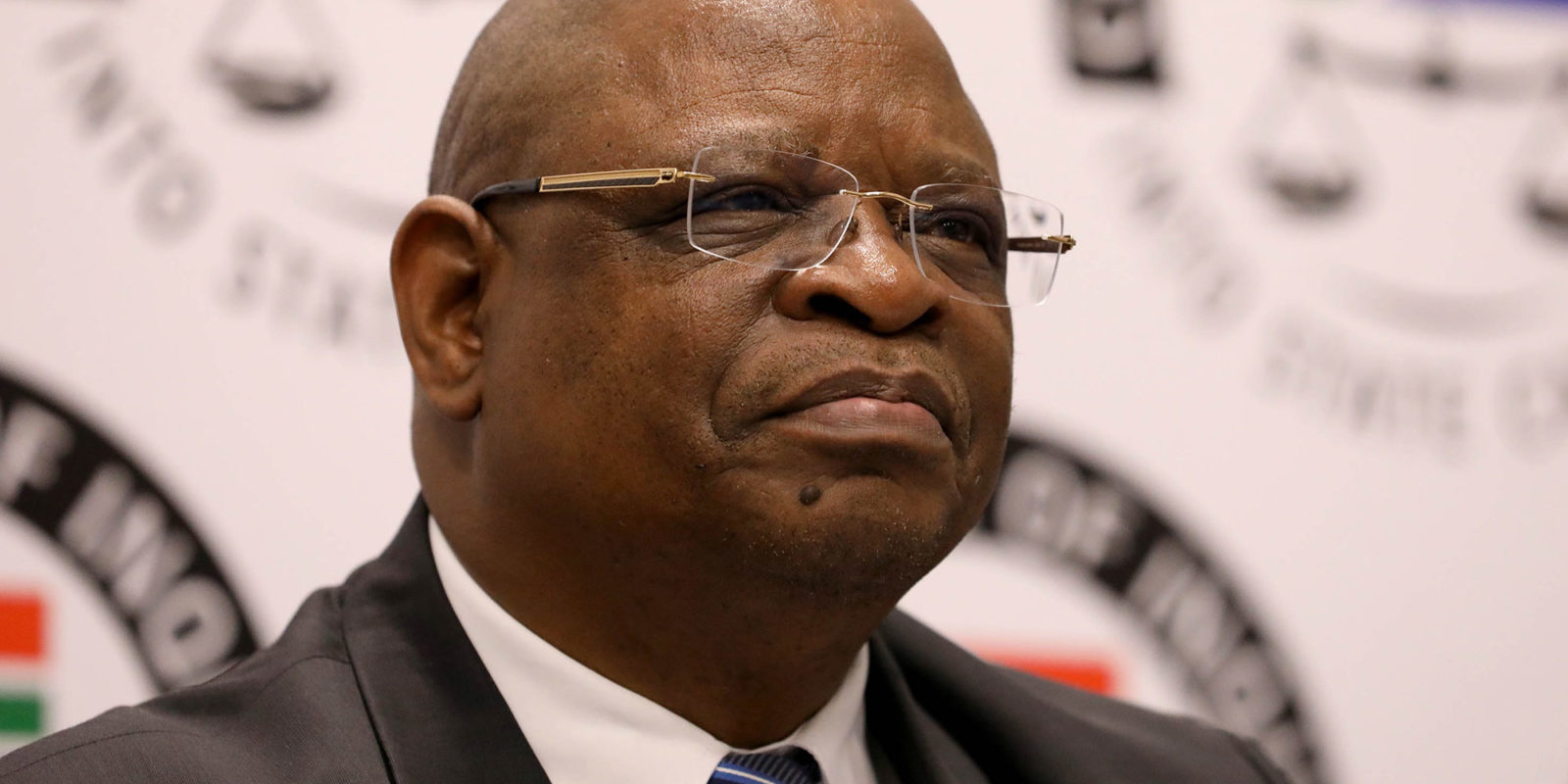 The State Capture Commission stopped holding public hearings during the lockdown but Deputy Chief Justice Raymond Zondo is still confident the inquiry will meet its deadline by narrowing its investigations and dealing with witnesses more efficiently.

Public hearings at the State Capture Commission were postponed during the Covid-19 lockdown but chairperson Deputy Chief Justice Raymond Zondo said it can still finish its report by March 2021 by focusing on issues already before it and those raised in the Public Protector’s report that gave rise to the commission.

In February, the North Gauteng High Court gave the Zondo commission until the end of March 2021 to complete its work. It held its first public hearings in August 2018 and has received multiple extensions, necessitated largely due to its broad terms of reference that saw it investigate a wide range of corruption allegations, many of which are unrelated to the Public Protector’s report on claims against the Gupta family.

“The entire commission is focussed on finishing its work within the lifespan that has been given to it by the High Court. We are doing everything we can. We are working flat out to try and finish the work that we can finish,” said Zondo in an online media briefing on Wednesday.

The commission has postponed public hearings since the Covid-19 lockdown was announced in March but Zondo said its legal and investigation teams were still working remotely. It plans to resume public hearings in late June or early July after issues of how staff and witnesses can travel across districts and provinces are clarified.

The deputy chief justice has said that the commission’s terms of reference were too broad and it could take up to four more years to investigate allegations of fraud and corruption at government departments and state-owned entities (SOEs).

He plans to use the 10 months before his deadline to focus on the commission’s second phase of investigating SOEs, among which include Prasa, SAA, SABC, Denel, Transnet, SA Express, and Free State government entities, and “what I call the Public Protector issues”.

The Public Protector issues relate to those investigated by Thuli Madonsela on the Gupta family’s influence on appointments in Cabinet and on the boards of SOEs and how they allegedly helped businesses linked to the family win lucrative contracts.

While narrowing its focus, the commission also plans to reduce the time it spends dealing with witnesses in public hearings. Investigators will interview witnesses before they appear at the commission and provide transcriptions, which will be publicly available, to save time.

The commission will try to deal with as many matters on paper as possible and reduce the amount of time spent in public hearings. The efforts to improve efficiency and meet the March 2021 deadline could lead to criticism that the commission has rushed its work.

Zondo said the commission should only leave out issues from its investigations and final report after careful consideration and it should be able to justify its decisions.

“We want to strike a balance between that but there is a determination to try and finish within this time,” he said.

While the Gupta family has left the country and has indicated it will not give evidence at the commission, former president Jacob Zuma is the most anticipated witness on Zondo’s list.

Zuma appeared at the inquiry in July 2019 but proceedings came to a halt while the former president faced cross-examination, after he rallied against what he claimed was a decades-long conspiracy aimed at limiting his political rise and achieving his downfall.

Zuma then missed multiple scheduled appearances at the commission due to health issues and prior commitments. The commission’s legal team has gone to court for an application to issue him with a summons compelling him to appear.

“That application is still pending,” said Zondo, noting the court postponements caused by the lockdown.

“I had determined a time when he was going to, when I was going to require him to come back, but that time had to change after the extension of the lockdown. But it is going to happen reasonably soon after we have resumed hearings.

“We still would like him to come and give evidence so I believe that it’s going to happen reasonably soon,” said Zondo.

President Cyril Ramaphosa is also expected to appear at the commission in the second half of 2020, said Zondo. Ramaphosa has submitted an affidavit outlining any relationship he had with the Gupta family as well as Bosasa, which has been linked to extensive corruption allegations and whose CEO Gavin Watson made donations to the President’s 2017 ANC campaign. DM

Peter Luhanga for GroundUp • 1 hour ago