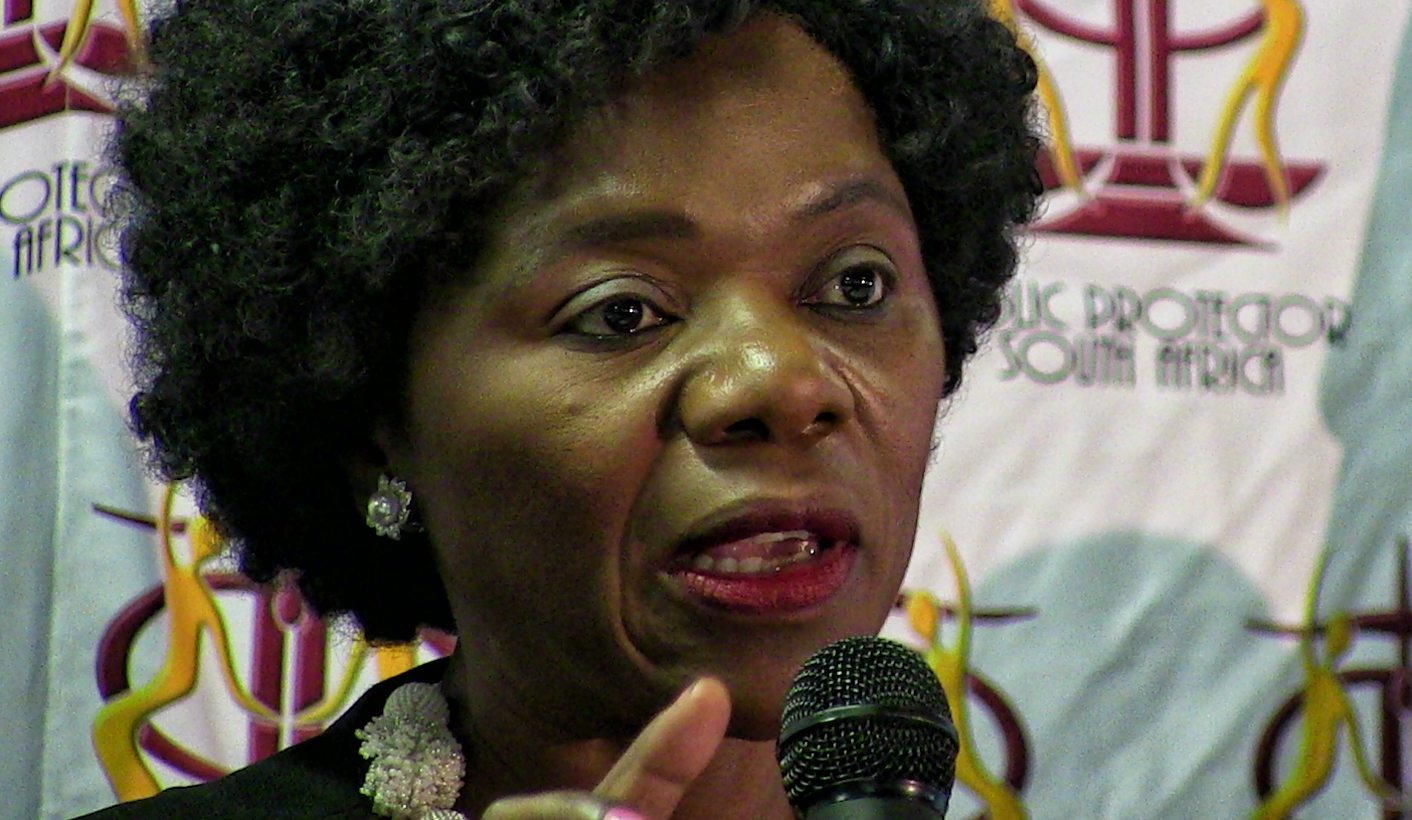 The observations of the Public Protector's state capture report are full of statements like laws “may” have been broken in regard to the Gupta family’s influence on Cabinet appointments, state-owned entities’ boards and tenders. Thuli Madonsela’s key recommendation is that a judicial commission of inquiry be appointed. It doesn’t sound like much, but she recommends the inquiry have more independence than those in the past. By GREG NICOLSON.

In her final report as Public Protector, “State of Capture”, former Public Protector Thuli Madonsela highlighted an issue she had constantly raised throughout her term: money.

“The investigation has proven that the extent of issues it needs to traverse and resources necessary to execute it is incapable of being executed fully by the Public Protector,” writes Madonsela. She didn’t have enough money to investigate all of the allegations involving the Guptas’ influence over the state within a short time.

The report was released on Wednesday after President Jacob Zuma withdrew his interdict application in the North Gauteng High Court to prevent the report’s release. Thousands of people marched outside the court demanding that Zuma resign.

A lack of time and money is probably why Madonsela’s observations suggest violations of the law, rather than stating findings that the law was broken. It’s also why the key recommendation is, in fact, a President Zuma go-to: a commission of inquiry.

But Madonsela’s idea of an inquiry differs from the president’s usual process. Essentially, her report ensures, barring a review, that someone will do the investigation she had hoped to do all along.

She recommended that the president appoint a commission headed by a judge chosen solely by Chief Justice Mogoeng Mogoeng and adequately funded by Treasury. The judge can appoint the commission’s staff and the inquiry would have powers of evidence collection equal to those of the Public Protector. The inquiry should complete its work and present its report to the president within 180 days, around May 2017.

In her summary, Madonsela worked through each of the key allegations, laid by three complainants and merged into one investigation. All of the dodgy media reports about the Guptas and Zuma, his Cabinet and SOEs’ preference for them, was what she was investigating.

“It is worrying that the Gupta family was aware or may have been aware that Minister (Nhlanhla) Nene was removed six weeks after Deputy Minister (Mcebisi) Jonas advised him that he had been allegedly offered a job by the Gupta family in exchange for extending favours to their family business,” reads the report. “Equally worrying is that Minister (Des) Van Rooyen who replaced Minister Nene can be placed at the Saxonwold area (where the Guptas live) on at least seven occasions including on the day before he was announced as minister. This looks anomalous given that at the time he was a Member of Parliament based in Cape Town.”

If the Guptas knew of the intended appointment it would violate the Executive Ethics Code.

Madonsela said the state’s failure to verify allegations by Jonas that the Guptas said the position of finance minister would require him to extend them favours “may infringe” on the Combating of Corrupt Activities Act “which places a duty on persons in positions of authority who knows or ought reasonably to have known or suspected that any other person has committed an offence under the Act must report such knowledge or suspicion or cause such knowledge or suspicion to be reported to any police official”. No action was taken on Vytjie Mentor’s allegations that she was offered a Cabinet post by the Guptas, which could be a violation of the Constitution.

The report goes into detail on Eskom’s dealings with the Guptas. Madonsela said it’s a “source of concern that nothing seems to have been done” regarding Eskom chair Brian Molefe’s “alleged cozy relationship” with the family, which is backed by evidence. The Eskom board apparently was appointed improperly, she said, and little was done to deal with perceived biases.

The report said Mineral Resources Minister Mosebenzi Zwane’s trip to Switzerland, where the Gupta family was negotiating to buy a mine from Glencore, its Optimum Coal Holdings, might have been irregular. Eskom’s decision to award contracts to Tegeta, a Gupta-owned company, was also a possible breach of law.

“In light of the extensive financial analysis conducted, it appears that the sole purpose of awarding contracts to Tegeta to supply Arnot Power Station was made solely for the purposes of funding Tegeta and enabling Tegeta to purchase all shares in (Optimum Coal Holdings). The only entity which appears to have benefited from Eskom’s decisions with regards to OCM/OCH was Tegeta which appears to have been enabled to purchase all shares held in OCH,” the report reads. “The favourable payment terms given to Tegeta (seven days) need to be examined further. OCM clearly had 30 day payment terms with Tegeta for the supply of coal to Arnot Power Station, and Eskom appears to have been aware of this. It also appears that Tegeta did not meet all its obligations to OCM as OCM was owed R148,027,783.91 by Tegeta as at 31 July 2016 and an amount of R289,842,376.00 as at 31 August 2016.”

Eskom’s R600-million prepayment to Tegeta might also violate the law and the company’s public explanations could constitute fraud. Eskom’s actions, which led to Glencore selling the Optimum mine to the Guptas, “severely prejudiced” Glencore, Madonsela found. “It appears that the conduct of Eskom was solely to the benefit of Tegeta,” she said.

Regarding the large South African banks’ decision to refuse the Guptas as clients, Madonsela said Cabinet appeared to have taken “an extraordinary and unprecedented step regarding intervention into what appears to be a dispute between a private company co owned by the President’s friends and his son”. The conflict of interest should be looked at, the report continued. It also found possible violations of the law in regards to the Guptas’ new bank, Bank of Baroda.

In a statement on Wednesday, the Presidency said Zuma will consider the report “in order to ascertain whether it should be a subject of a court challenge”. While ruling on the Public Protector’s Nkandla report the Constitutional Court said if there’s disagreement with the office’s findings, they should be taken on judicial review.

If Madonsela’s recommendations, however, are implemented, “state capture” won’t go away. Her report will be the beginning of a public process expanding on what we already know. DM