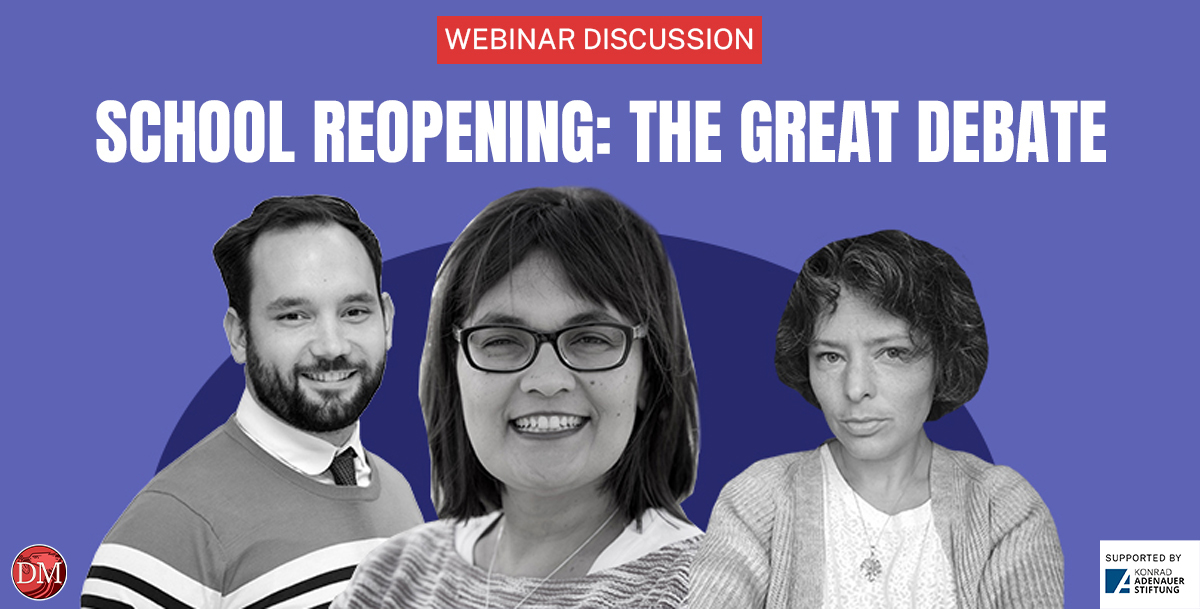 While there are social costs associated with keeping children out of school for a prolonged period of time, dissenting views around the reopening of schools, particularly how and when this process should begin, persist.

For critical education sociologist and former mathematics educator Dr Sarah Black, the reopening of schools is not about the “ifs” but rather the when and how “…and understanding the complexities [of] a [education] system that is as diverse as South Africa’s”.

Black was speaking during a Daily Maverick webinar held on Thursday 28 May to discuss the impact of the extended learning break, whether schools can guarantee the safety of teachers and pupils and other unanswered questions around the return to schools.

On the other side of the discussion, was Dr Nic Spaull, an education economist who emphasised that children from poor communities will bear the brunt of prolonged school closures.

Spaull also pointed out that children are at low risk of developing severe symptoms of the coronavirus.

“The evidence emerging from around the world is that children seem not to be the index case in a household. It’s much more likely that a child is infected by an adult than it is for an adult to be infected by a child,” said Spaull.

Spaull further added that this is international research and evidence that has been endorsed by leading medical researchers like Professor Shabir Madhi, who supports the reopening of schools.

On 20 May, Basic Education Minister Angie Motshekga finally announced 1 June as the return date for Grade 7 and Grade 12 learners. At the time, Motshekga said the date had been approved by the National Coronavirus Command Council along with the Cabinet, but a school calendar is yet to be gazetted.

She elaborated that because consultations – which have mainly been led by the Department of Basic Education – on the reopening of schools were shaky and some questions remain unanswered, now is not the right time to reopen schools.

“This is a moment where people’s anxieties, concerns and precarities are coming to the fore, and so the lack of consensus-building and legitimacy from the department of education has eroded what little trust there was in the first place,” Black emphatically said.

But, critical to the medical research that relates to children and how the coronavirus progresses in their immune system, is the fact that it remains unclear whether children can transmit the virus to adults.

Black added that many schools are already struggling to provide the basic infrastructure needed to meet the social distancing requirements that would make schools safe for people to return.

“But what people are saying is that if you are much closer to a very low threshold of poverty, for example around hunger and starvation, not being able to work and make an income for your family can have very detrimental impacts on nutrition for children,” he said.

An element that has been missing in the discussions about reopening schools, is the fact that the cohort of children returning to school on 1 June are not 18.

“This is not to say that science shouldn’t inform policies, but rather that, bringing in a single discipline and expecting it to provide us with all the answers about a complex environment like schools seems to be burdening that discipline to provide answers that it actually can’t,” Black said.

Black added that many schools are already struggling to provide the basic infrastructure needed to meet the social distancing requirements that would make schools safe for people to return.

Monday 25 May was supposed to be the return date for all educators as schools continue to prepare for the reopening of schools.

But this process has been largely hamstrung by the incapacity of provincial departments to timeously deliver items like personal protective equipment (PPE) and other issues relating to lack of water and sanitation facilities in a number of schools. As a result, not all educators returned to school on Monday.

“We can look at the data, we can look at the science and [say] ‘well, rationally speaking your child will not be at risk’, but there’s more to these kinds of decisions than just looking at statistics and figures,” said Black.

Spaull told webinar attendees that the Covid-19 infection rate “is the one indicator we’re using to summarise everything, without recognising that there are a whole bunch of other metrics we should be looking at the same time. And we should have a combined health approach.”

A widely accepted view among education experts, educators, and unions is the inevitability of reopening schools.

For Spaull the new normal “is not keeping schools closed, it is about how do we co-exist with this virus which is going to be with us for the next two years”.

Black stressed that if people are to imagine living with the virus in a way that enables opening up the economy, keeping children safe and continuing with teaching and learning, schools need to be equipped with the basics to be able to operate, and not just PPE. DM