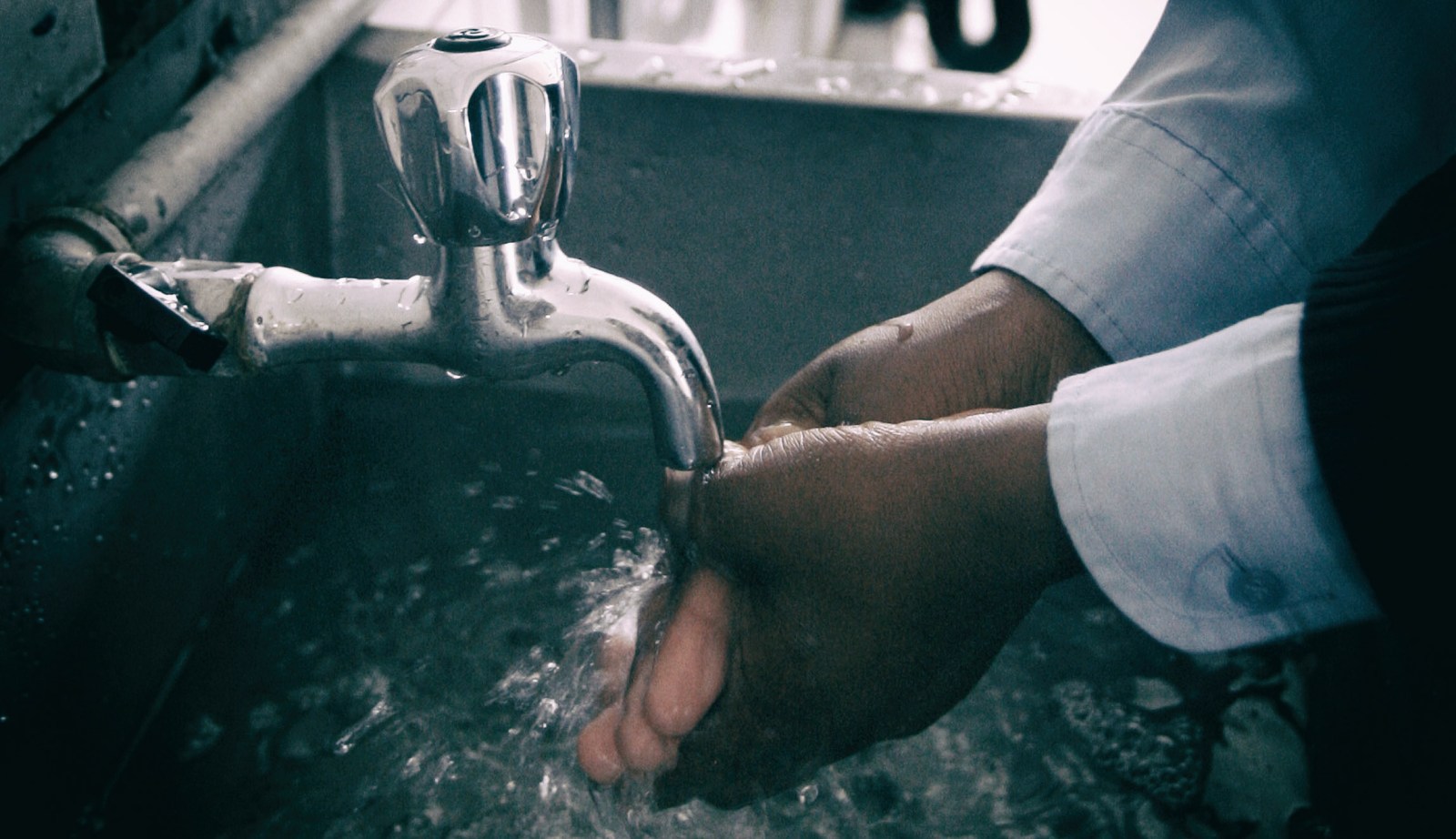 As provinces gear up to reopen schools, one of the burning issues is whether or not children are at high risk of contracting the virus.

In its recent epidemiology brief, the National Institute for Communicable Diseases (NICD) says children under the age of 10 account for 3% of South Africa’s coronavirus cases to date.

Should this be interpreted as children under the age of 10 are at lesser risk of contracting the virus?

Dr Sibongile Walaza, a senior epidemiologist at the NICD,  says this number is purely descriptive and does not make any inferences about the risk.

“Very little is known about the risk of contracting the virus in children compared to adults.”

A policy brief authored by Nic Spaull, an education researcher at Stellenbosch’s Economics Department neatly sums up that when and how children should return to school is dependent on three factors.

First the risks to children of illness and death, second, the transmission of the virus from children to adults and the need to ‘flatten the curve’, and last the social and economic costs of keeping children at home.

Read Back to school: The evidence is clear – start with the young by Nic Spaull

Other studies do, however, suggest that when children contract the virus, they are less likely to show symptoms or develop severe illness, Walaza added. 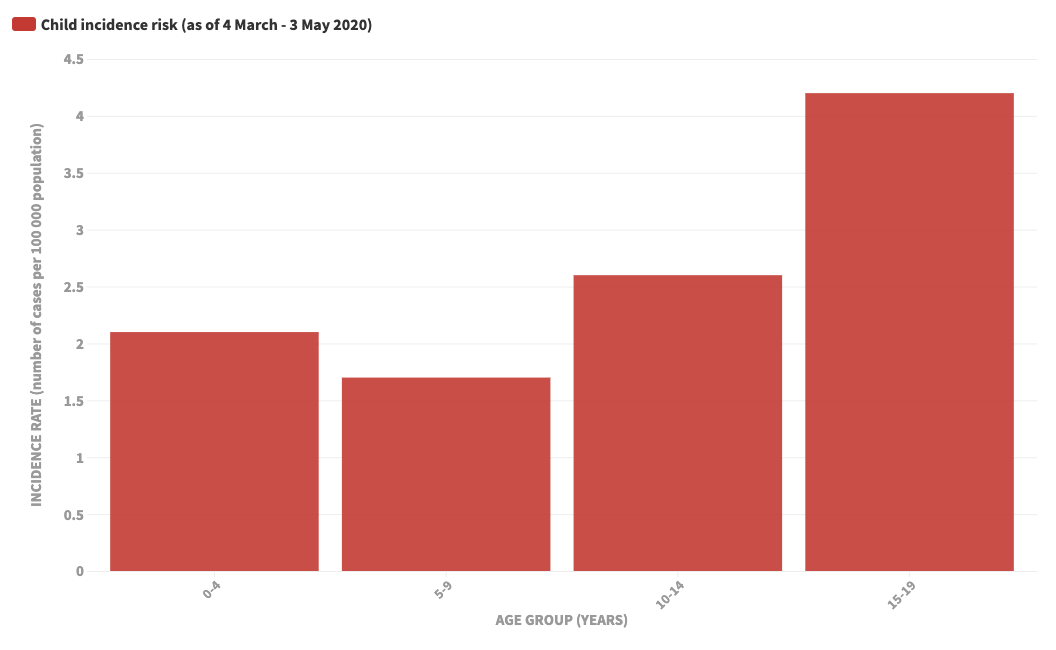 Much of the international research that has been done to assess the severity and frequency of the coronavirus in children suggest that children, particularly those under the age of 10, are less susceptible to infection of the virus.

An Australian study from the National Centre for Immunisation Research and Surveillance, for example, investigated Covid-19 cases in New South Wales schools from March to mid-April 2020 where 18 (nine adults and nine children) individuals were confirmed to have contracted the coronavirus.

Of the 753 students and 128 staff who were initial close contacts of the 18 individuals, no teacher or staff member contracted the virus from any of these initial cases.

“One child from a primary school and one child from a high school may have contracted Covid-19 from the initial cases at their schools,” the study pointed out.

The Pediatric Infectious Disease Journal noted in a special report of the number of children that contracted the virus China, 82% reported household contact with a 0% case fatality rate.

In South Africa, there are no studies yet that assess the risk of transmission for children as well as the severity of child infections. But data from the NICD points to a lower incidence rate in children under the age of 10 relative to those in the 15-19 year age group.

The research, mainly done in Europe and across Asia, is being widely used by some civil society groups, policymakers, medical scientists, and the government to back up the need to reopen schools across the globe and in South Africa.

Spaull’s policy brief suggests that “at the same time that Grade 12 goes back, ECD sites should be opened and Grade R, 1, 2 and 3 should be allowed to return (rather than Grade 7) using a phased-in approach with special precautions for teachers”.

Modelling data from Pandemic-Data Analysis (Panda) also points to the fact that risks of infection are particularly low for younger children compared to adults. And this data is being used by civil rights organisations like DearSA to back up the urgency to reopen schools. 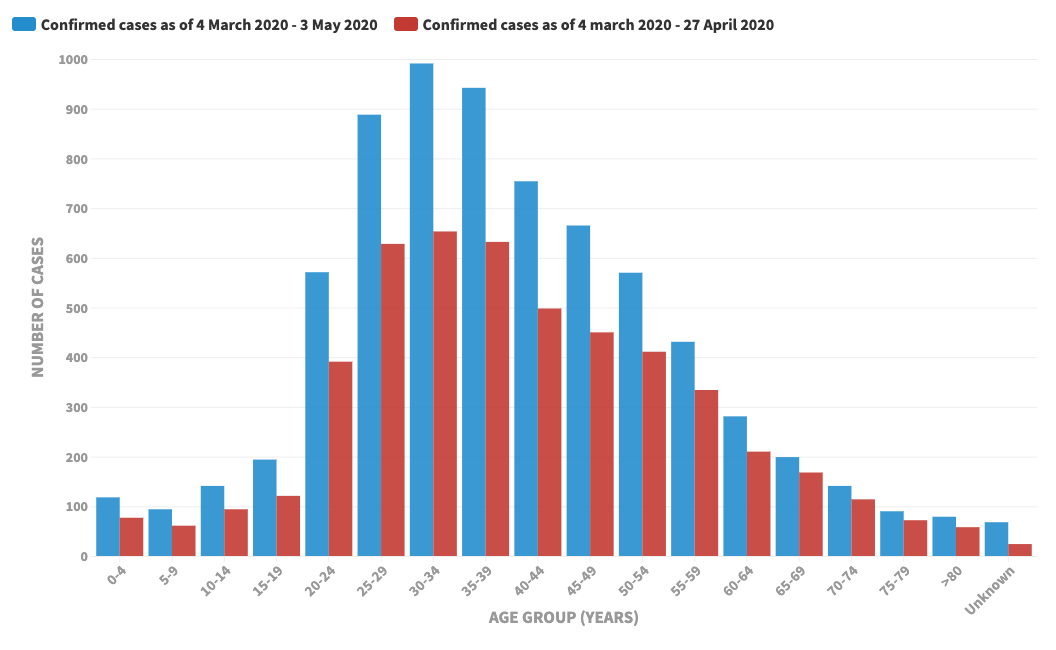 “Keeping children under the age of 10 at home serves no purpose in slowing the spread of the virus, and we urge the minister to reopen schools for those in this age bracket on 1 June 2020,” DearSA said in a letter addressed to minister of basic education, Angie Motshekga.

During a Daily Maverick webinar, Professor Shabir Madhi, a professor of Vaccinology at Wits University made the same claims and urged that schools should reopen.

“There has hardly been any documentation of children being responsible for infecting adults,” he said of a study that was conducted in the Netherlands.

Walaza told Daily Maverick that data suggests that children present with milder symptoms or asymptomatic infections “how this affects transmissions is not yet known as there are very few studies available”.

Professor Heather Zar, the chair of the Department of Paediatrics and Child Health at the University of Cape Town,  said uniformly across countries children form a small proportion of the reported cases, much smaller than they are in terms of the proportion of the population and majority of these are mild.

“It seems for the most part that children are getting fewer infections, but the data is not completely clear. And the question of whether children are transmitting the infections is another issue, and that’s a key issue for when children go back to school”.

The risk of children being transmitters of the virus remains entirely unknown, with concerns that if they can when schools reopen they pose the risk of spreading the virus in their homes.

What about children with underlying chronic illnesses?

She added that children would be vulnerable not only to Covid-19 but all the other severe infections that children usually contract.

The Child Gauge report estimates that about one in every five children in SA has a long term health condition (about four million children), but this remains a likelihood based on the lack of data on childhood illnesses.

Zar uses asthma as one example of a respiratory chronic health condition, which is prevalent in SA’s child population.

“What we know from the epidemic around the world is that children whose asthma is controlled, are not at risk of developing a severe Covid-19 or even contracting it

“Children with other immunodeficiencies around the world, that may not be HIV related, are not coming down with severe disease from Covid-19,” she said.

A paper published in the South African Medical Journal in 2018 stated that almost half of children in urban communities experience severe asthma symptoms, and many asthmatics lack a formal diagnosis, and thus access to treatment.

The department of basic education’s director-general, Hubert Mweli, previously told the basic education committee in Parliament that children with co-morbid conditions would be advised to “continue learning from home”.

And the guidelines to reopen schools have not in the slightest addressed how children with underlying conditions and disabilities will be accommodated.

For Dr Andre Hattingh, the founder of Pediatric Care Africa, a non-profit organisation, a greater risk for children at this stage of the pandemic is developing severe malnutrition.

“There are more depressing things we are seeing as we go around. There are about 310 million school children around the world who rely on schools to get a meal. Now that there is no school, there are a lot of children that do not receive that meal.

“I can see as we go along, they are starting to become a little bit malnourished. They are much more lethargic for the lack of food,” he said.

The NGO operates in Mpumalanga, and Hattingh said these are some of the non-medical observations they have made when delivering food relief in poorer communities in White River.

Roughly nine million school children rely on the schools nutrition programme in South Africa, and because of the lockdown, schools have not been able to feed these children, except for the Western Cape.

Although the province received hefty backlash for running the nutrition programme during the lockdown, by 4 April they had managed to feed nearly 100,000 children.

How are other countries reopening schools?

NPR reported that South Korea has delayed reopening its schools due to a surge of coronavirus infections in the country. The country was gearing up to start contact classes on Wednesday but an outbreak of the virus from a nightclub going cluster was detected a week before schools were set to reopen.

In China, school children are given physical distancing hats that have long horizontal flaps to help keep a safe distance among them. Additionally, school staff members conduct temperature checks of students, and those pupila that present with a high temperature are sent home.

Schools in Austria are set to return on 18 May, and classes will be split into two groups that will each attend lessons half the week to ensure that their desks are far apart.

Both the WHO and Unicef have drafted guidelines for the safe reopening schools, and both emphasise the need to balance the other risks that children face if schools remain closed with the need to protect their health and livelihoods.

Read Reopening: A shared responsibility of education departments and stakeholders by Mary Metcalfe and Shabir Madhi.

Zar said while it might be difficult to apply this information in the South African context because of the country’s distinct family unit structure, the accumulative studies from around the world are reassuring.

While reopening schools might be inevitable and the science backs up the unsusceptibility of children to the virus, Maverick Citizen editor Mark Heywood made a sobering point during the webinar with Madhi: “The challenge is how do we make the science fit the reality of our schools, clinics, workplaces and other facilities.”

And this should be the litmus test that ultimately drives the reopening of schools. DM