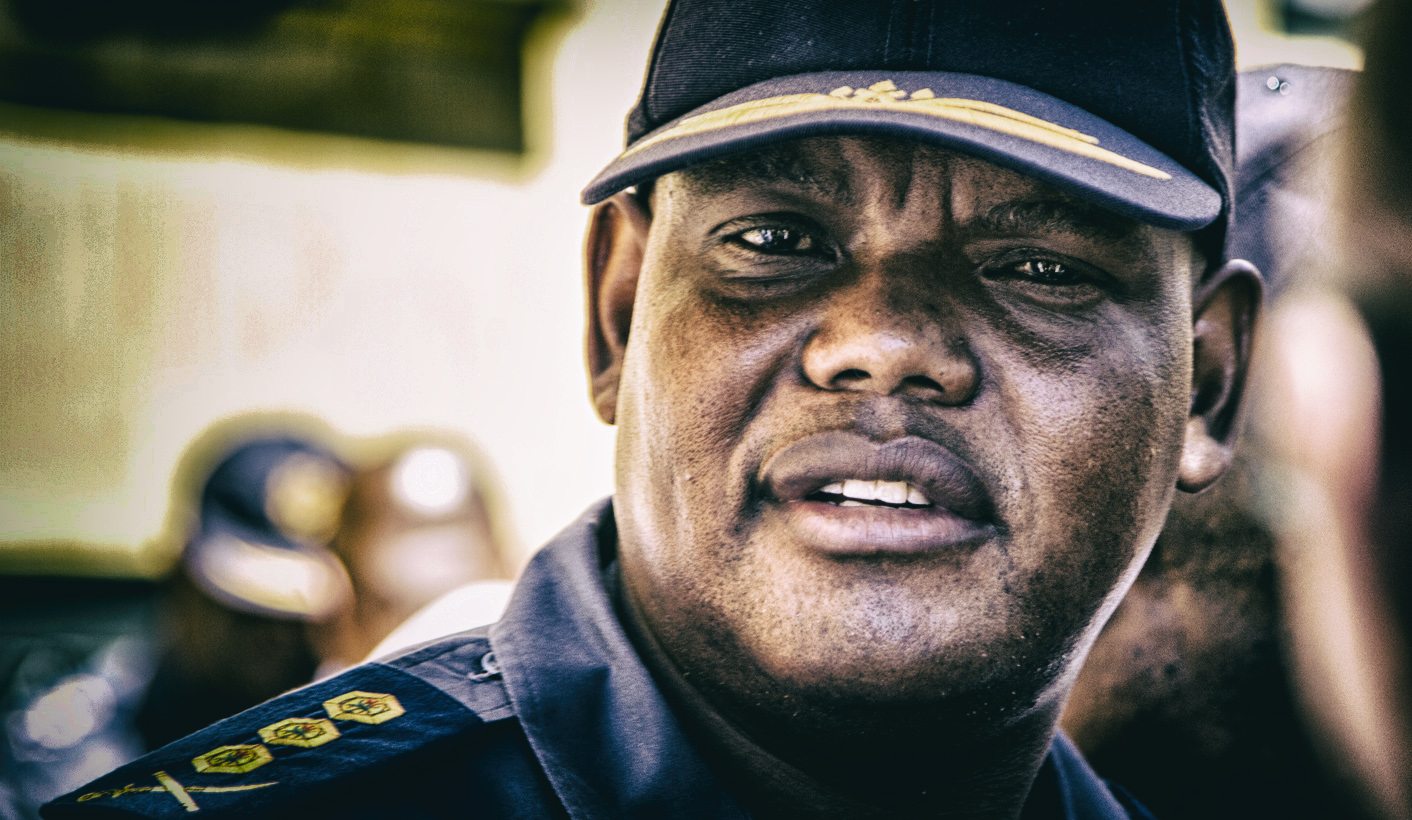 The Independent Police Investigative Directorate has recalled two investigators from a special task team probing corruption allegations against top police officials, including former acting police commissioner Kgomotso Phahlane. The investigators have also been told to hand over their dockets to head office.

This article was originally published by Viewfinder

Viewfinder has the names of the investigators and has seen documentary evidence from within the Independent Police Investigative Directorate (IPID) about the recall.

Former IPID officials interviewed by Viewfinder see this as an attempt to scupper high-level corruption investigations and to protect accused cops from prosecution.

IPID spokesman Sontaga Seisa responded to a query from Viewfinder. He did not deny that the investigators had been recalled.

“In respects of our internal working arrangement, IPID will request that the rights of employees be protected particularly when it comes to employer and employee relationships. In such, it is on that basis that IPID is not prepared to go public and discuss internal working arrangements via media. The main focus of IPID is to continue supporting all its Investigators in order to carry out its constitutional mandate,” he said.

The task team is a subdivision of the National Prosecuting Authority’s (NPA) Investigating Directorate (ID). The ID was established by President Cyril Ramaphosa in April 2019 to investigate “serious, high profile or complex corruption cases” emanating from the State Capture era. Various IPID investigations fall within this category. In July 2019 IPID agreed to second six of its investigators to the NPA to work as a task team under ID head Hermione Cronjé.

One of the recalled investigators is probing the relationship between the police and a Durban company called Brainwave Projects 1323, trading as I-View Integrated Systems.

According to an affidavit submitted by former IPID director Robert McBride to the Pretoria High Court in 2018, police paid I-View R33-million for software to monitor social media sites during the #FeesMustFall protests. The software was apparently never installed. McBride has also stated that police paid I-View R21-million for a cellphone encryption system. The system was apparently intended to block IPID from monitoring Phahlane’s communication with a team of police officers appointed to obstruct the directorate’s corruption investigations, McBride wrote.

IPID is also investigating allegations that I-View was part of a scheme to defraud the state of tens of millions of rand. The money was allegedly destined to be laundered to buy votes favouring former President Jacob Zuma during the ANC’s elective conference at Nasrec in 2017. Ramaphosa beat Zuma’s former wife Nkosazana Dlamini Zuma by a narrow margin of votes at the conference to win the ANC presidency.

Both investigators who have been recalled have been probing Phahlane’s relationship with businessman Keith Keating. Phahlane is alleged to have built a house in the Sable Hills Estate, north of Pretoria, and to have purchased vehicles for himself, his wife and sister from kickbacks received from Keating’s company, Forensic Data Analysts.

In December 2017 IPID raided the homes of Phahlane and Keating. But the evidence seized remained embargoed as Keating challenged the legality of IPID’s raid all the way to the Constitutional Court. In November 2019, the Constitutional Court dismissed Keating’s appeal, freeing IPID to go through more than 200 bags of evidence obtained during the raid.

An estimate from within IPID, seen by Viewfinder, indicates that this job alone would still take the ID task team, including the investigators who have now been recalled, more than six months to complete.

The recall of the investigators from the team takes place against a backdrop of strife over IPID’s probes into high-level corruption.

Most of the investigations originate from IPID’s National Specialised Investigation Team (NSIT), a unit established under McBride in 2015 to tackle complex corruption cases against police top brass.

Soon after the unit was established, McBride was suspended by then-police minister Nathi Nhleko. IPID’s incoming head, Israel Kgamanyane, then suspended the national head of investigations Matthews Sesoko. In September 2019, Sesoko testified at the Zondo Commission of Inquiry into Allegations of State Capture that Nhleko had ordered Kgamanyane to suspend him.

In September 2016, the Constitutional Court declared McBride’s suspension unlawful and set it aside. McBride returned to IPID and reinstated Sesoko. The NSIT started investigating Phahlane.

Mandla Mahlangu, the lead investigator on the Phahlane “house” and “vehicles” investigations, received death threats via SMS. Crime Intelligence officer Tlou Kgomo, who transferred out of the IPID when McBride returned in 2016, also reportedly offered Mahlangu a “Brigadier” position in the police service if he turned on IPID management and implicated them in wrongdoing. Mahlangu recorded a phone call wherein the offer was allegedly made, reported it and was due to testify against Kgomo at a Crime Intelligence disciplinary hearing in 2019.

The two investigators that IPID apparently recalled last week were part of the team tasked with picking up Mahlangu’s torch, and taking the corruption probe against Phahlane forward.

Just days before the hearing was scheduled to take place, Mahlangu was ambushed and shot at near his house outside Pretoria, according to several Viewfinder sources. Viewfinder has obtained a handwritten statement, dated 3 October 2019, wherein Mahlangu states that “due to my security concerns and even those of my family, I have decided not to continue with my testimony as it is posing a risk on me”.

Viewfinder understands that the statement is in reference to testimony against Kgomo at his disciplinary hearing.

In March 2019, Phahlane was arrested on charges stemming from the allegedly corrupt procurement and installation of lights and sirens in police vehicles in Gauteng. This is commonly referred to as the “blue-lights” case and is the most well known and advanced of IPID’s high-level corruption investigations. The day before Phahlane’s arrest in 2019, Parliament upheld police minister Bheki Cele’s decision not to renew McBride’s contract as IPID head.

And in February 2020, Cele missed the deadline for appointing a new head, promoting Patrick Setshedi to acting head. Days after taking office Setshedi suspended Sesoko. Setshedi contends that Sesoko must answer to allegations of misconduct, but former officials sympathetic to Sesoko believe that the suspension was essentially a rerun of the 2015 ploy to castrate the IPID’s special investigations team.

Mahlangu, the lead investigator on the Phahlane “house” and “vehicles” investigation, was shot dead at his home in Pretoria shortly before this pretrial hearing. Viewfinder understands that, directly prior to his murder, Mahlangu had also been subpoenaed to testify at Kgomo’s disciplinary hearing.

In April, City Press reported that one of the alleged murderers had confessed that he was a hired gun paid for by police to assassinate Mahlangu.

The two investigators that IPID apparently recalled last week were part of the team tasked with picking up Mahlangu’s torch, and taking the corruption probe against Phahlane forward.

ID head Hermione Cronjé did not respond to a query sent to her via NPA spokesperson Bulelwa Makeke. Makeke said that “the heads of these units are in discussions”. DM

This article was co-published with Ground Up

This article forms part of an ongoing series on alleged police criminality and police oversight in South Africa. It was made possible, in part, by a grant from the Henry Nxumalo Fund for Investigative Reporting.