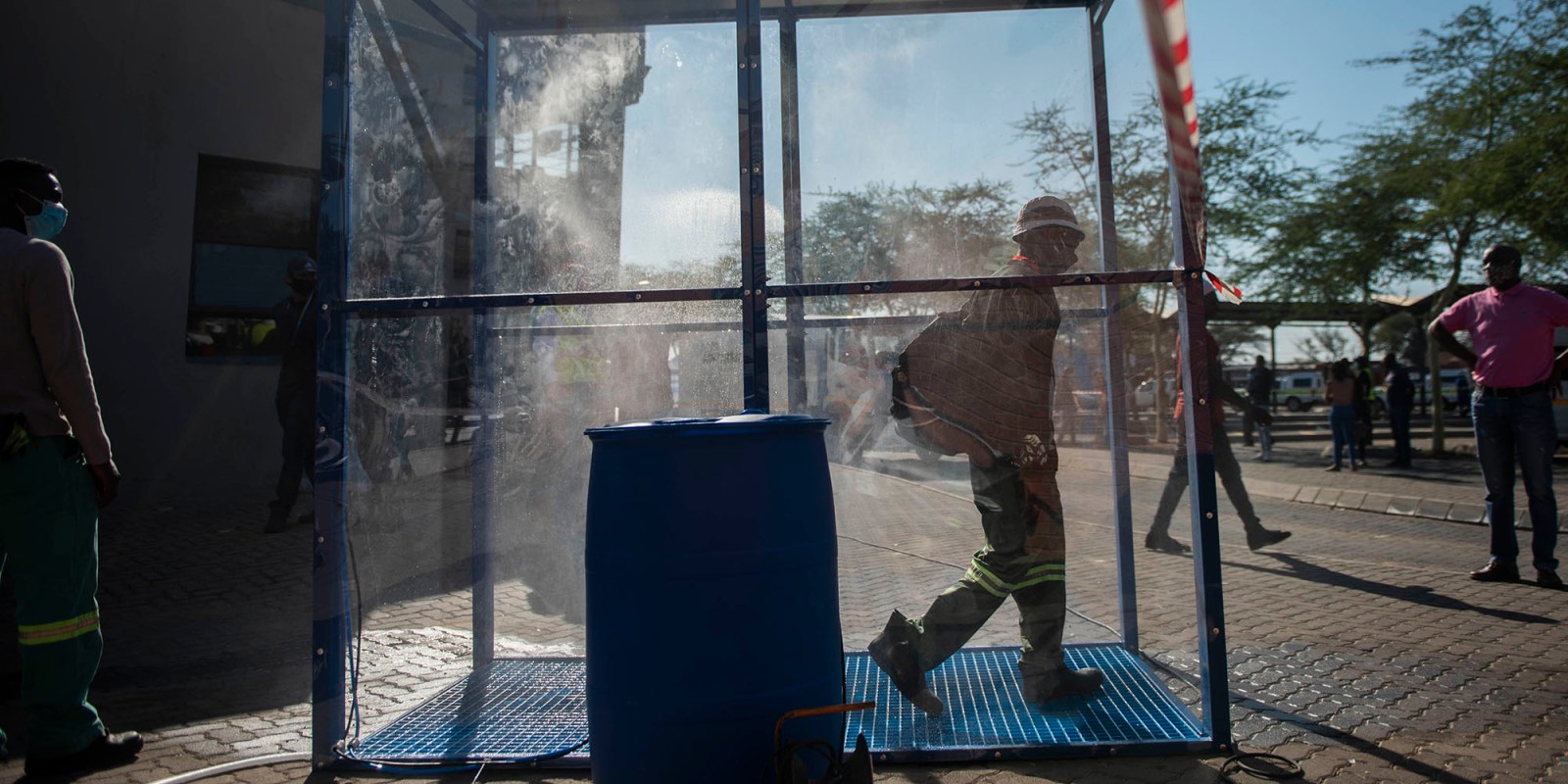 We need to centre the strategies for combating Covid-19 and resumption of economic activities on human welfare in a total sense rather than to simply pander to the urges of business.

In his latest address to the nation, President Cyril Ramaphosa announced the relaxation of the lockdown from Level 4 to Level 3. He also outlined the responsibilities employers would need to take to safeguard the safety of their employees.

Concerns about extended lockdown are understandable. People are losing their jobs and income. The cost to social security in the future could be heavy. Government revenues will fall significantly. The decision to relax the restrictions to Level 3 navigates a delicate balance, especially considering the expected rise in the rate of infections on the one hand, and the severe strain on the economy as a result of lockdown, on the other hand.

Opening the economy, however, may not necessarily take us back to normal times. Global supply chains remain disrupted and consumer confidence is subdued. Growth and employment outlook will remain weak for a long time. Yet, infection rates will continue to increase, as Ramaphosa pointed out, and with intense pressure on the public health system.

We may find ourselves having to contemplate going back to higher alert levels and with greater uncertainty. The decision to relax or tighten lockdown levels is a moral choice: how many weak people do we allow to get infected and possibly die, while saving the economy which delivers livelihoods to many? It is also about giving greater responsibility to individuals on how they conduct themselves.

These moral choices will generate distributive consequences for various groups in society, if they lead to a spike in infections. When government relaxes the lockdown strictures to give the economy breathing space, we need to also consider the social dynamics: who will be working in the economy, where do those workers live, and by what means do they get to work? In the quest to return to the old rhythm of the economy, we should not overlook the human factors and the dangerous pathways that workers have to traverse to get to places of employment.  It is possible that among corporate firms the pressure for opening the economy emanates from panic about lost profits and bonuses that will no longer accrue to the executive layer.

The adjustments of lockdown levels downwards should come with greater responsibilities for employers. They should assume obligation for the well-being of their employees and bear liability for risk of infections at work. Many workers who commute daily to economic centres come from townships and informal settlements in places such as Khayelitsha, Diepsloot, Alexandra, and Hammanskraal. They take between four to six taxis on a round trip to and from work at great risk.

These workers pass through highly congested transport interchanges, and at these spaces, they mingle with others who come from different informal settlements. Enforcing observance of social distance protocols in taxis and transport interchanges will be complicated. Unlike their employers, who have medical aids and wider choices to shape their work environment, many workers rely on a weak public health system when they get sick. Many of these workers already live in congested areas, sharing their spaces with relatives who may have compromised immune systems. Even though it is often said that the coronavirus is indiscriminate, recovery may hinge on one’s social status and access to best medical support.

We need to centre the strategies for combating Covid-19 and resumption of economic activities on human welfare in a total sense rather than to simply pander to the urges of business. While it is important that we find innovative ways of getting the economy back on its feet, we also need to pause and reflect on the current structure of the economy that we are yearning to revive.

Even in the best of scenarios where the government would have ramped up its surveillance, tracing, and testing capabilities, many of the informal settlements are not planned properly and they exhibit the old apartheid spatial arrangements. We see signs of this in the Western Cape where infections in Khayelitsha have spread with the fury of a wildfire in the last two months.

Further, there is very little evidence that workplaces are properly configured to receive workers back in the economy, and it will be hard to police corporate premises. Even the mining sector, which has been hailed as the best example of adhering to proper protocols and putting sophisticated systems in place, has found itself battling to prevent infections. AngloGold had to close one of its mines after 164 employees tested positive for Covid-19.

Workers are at the mercy of their employers and may be sacrificed on the altar of profit maximisation. A group of leading economists that includes Thomas Piketty, Nancy Fraser, Dani Rodrik, and Saskia Sassen recently wrote an article in the British Guardian arguing that workers should not be seen as mere appendages to the economy and that we should not allow the markets to dictate human health. The key point they make is that companies should allow workers greater voice over decisions that may affect their health.

We need to centre the strategies for combating Covid-19 and resumption of economic activities on human welfare in a total sense rather than to simply pander to the urges of business. While it is important that we find innovative ways of getting the economy back on its feet, we also need to pause and reflect on the current structure of the economy that we are yearning to revive. The existing economic structure is one that is fraught with inequalities and generates obscene returns to the top layer in corporate firms while paying low wages at the bottom.

Other normative questions remain unanswered, and these relate to the adverse effects of the economic paradigm that we have come to embrace on the environment and general well-being. A recent study published in the journal Nature Climate Change has shown that during the lockdown period, daily emissions globally have decreased by 17%, which is the equivalent of 17 million tonnes of carbon dioxide, and these are levels that were last achieved in 2006. That does not mean society becomes better by idling in lockdown, but that we need to take seriously the toxic effects of the existing industrial paradigm and the risks to the most vulnerable groups in society of opening up too fast too soon.

We should be more imaginative about building an economy that is more inclusive and sustainable rather than taking linear paths that may lead to disastrous consequences for those with constrained choices. There are various work activities that are undervalued in the old industrial paradigm yet they fulfil a life preservation function in society. We have observed during hard lockdown how care-related work such as nursing, social work, and community work took on heightened importance especially for preventative and palliative care. Care work, in particular, has been underfunded over the past years.

Much of the care work takes place in homes and communities where women undertake unpaid labour to sustain the well-being of family or community members. Society needs to invest additional fiscal and institutional resources into paid and unpaid care labour as these activities play a vital role in strengthening the social fabric and building social resilience. Increased support for these community work will produce additional socioeconomic benefits, which are critical for human development and wellbeing.

Leaders should not succumb to outside pressure when making critical life and death decisions. They must also not miss the opportunity to imagine a different economy that is more inclusive, sustainable, and that enhances human well-being. DM