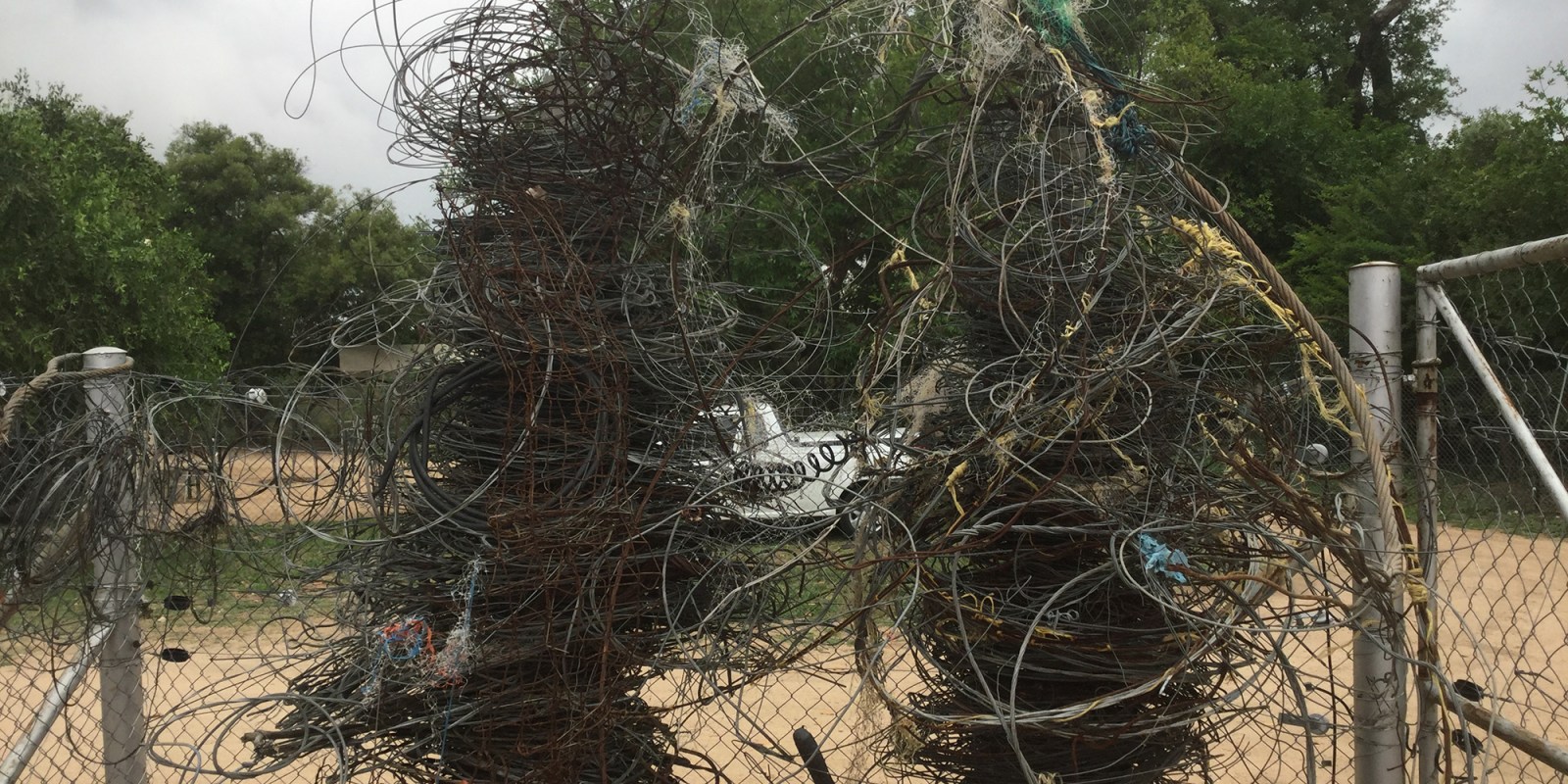 The Kruger National Park is being encircled by a ring of human hunger triggered in part by the Covid-19 pandemic. The Mozambican and Zimbabwean regions that border the park on the north and east are suffering acute food shortages. Meanwhile, the labour-intensive tourism sector on the South African side of the park has collapsed.

The US government, even under Donald Trump, still has some socially useful global services.

One is the Famine Early Warning Systems Network (Fewsnet), an arm of the US Agency for International Development (USAID). A glance at its “Acute Food Insecurity” map reveals an arresting pattern. A huge swathe of Mozambique, including the border areas with the Kruger Park, are shaded orange. That represents the “crisis” level of hunger. The next level is “emergency” followed by “famine”. The map of Zimbabwe is also sprinkled orange, with a big chunk on or near the Kruger’s northern border. (See map) 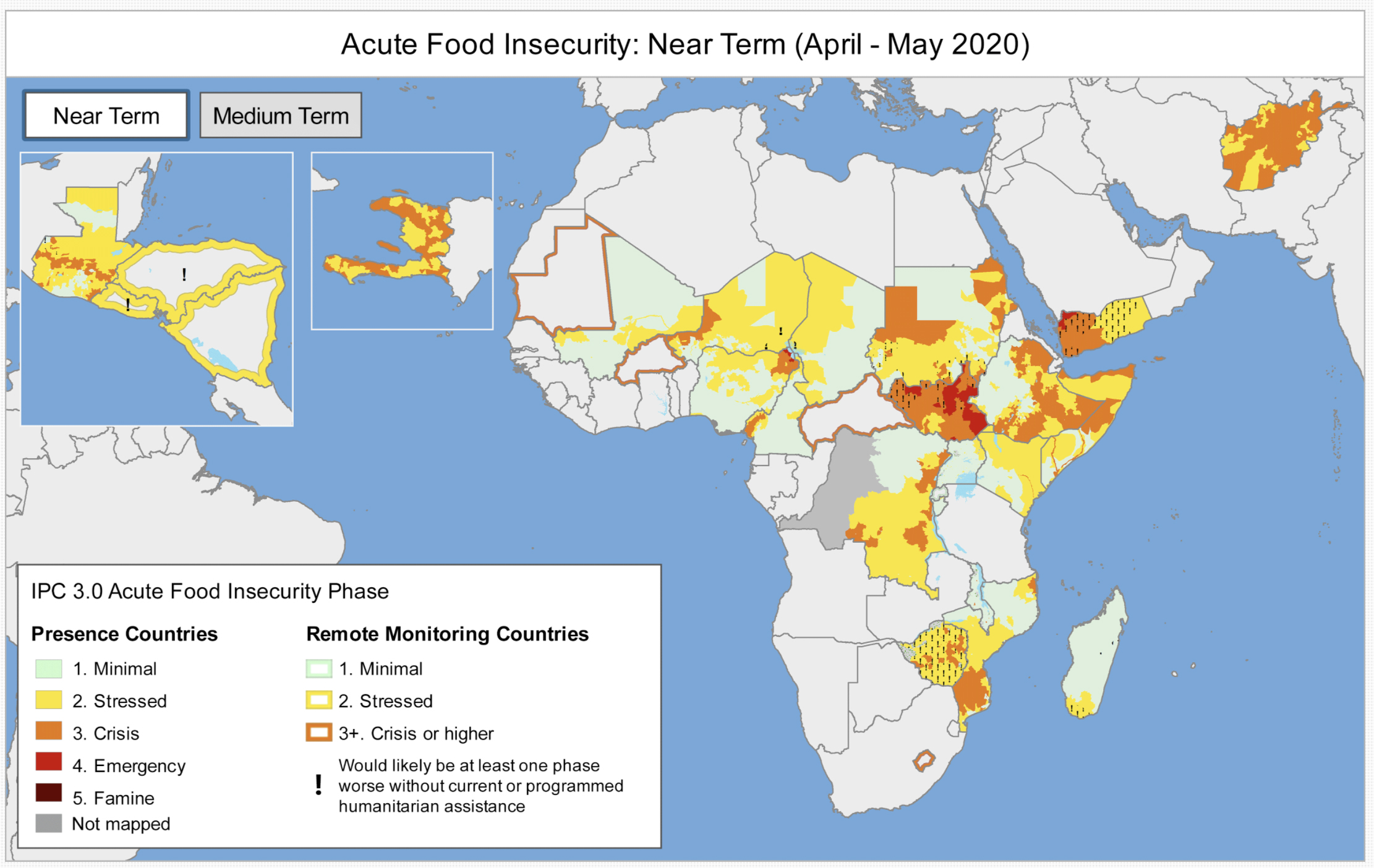 Most of southern Africa, including South Africa, is shaded white, which means hunger stress is minimal. That is highly questionable – a plethora of reports shows that many people in this country are hungry and even starving. And among those worst-affected are the millions of South Africans who have been thrown out of work because of the lockdown measures to contain the Covid-19 pandemic.

The Fewsnet map does not capture this, but many of the communities that border Kruger on the south and west – the South African sides – rely heavily on the tourism sector. And that has utterly collapsed. Some of the jobs in the sector are skilled and pay relatively good wages. But the sector is also labour-intensive, and like most such industries in South Africa, many of the jobs it has sustained are low-wage domestic work.

This means that many of the people in the industry who have lost their jobs were not exactly living high on the hog and they in turn often support a large number of dependants through extended family networks in a region with sky-high unemployment.

There is no data on exactly how many people have lost work in the areas around the park. Farming is also an important employer in the region – sugar cane, bananas, avocados and citrus are among the crops grown there – and agriculture is an “essential service”. But farmworkers’ wages are also generally low, so it is not much of a social safety net. And in 2019, Limpopo, according to Stats SA, had the highest headcount of adult poverty in all provinces, at 67.5%. That has surely risen dramatically in recent weeks, and would include communities around the Kruger.

In short, the park is being encircled by human misery and hunger. That is simply a fact, and a rather stark one with fairly predictable consequences.

In December 2018, this correspondent visited Kruger on a media trip for another publication. With the rhino population in decline after a decade of relentless poaching to meet Asian demand for the species’ horns, a new wave of illicit hunting was sweeping the park: the use of snares to feed an emerging market in bushmeat and muti. Glenn Phillips, the Kruger’s managing executive, told me at the time that there was a rapidly growing bushmeat and muti trade linked to poverty. According to the latest census data, two million people live on the park’s western boundary and the unemployment rate in the area is between 40 and 60% – a rate which has unquestionably surged in recent months.

In 2014, around 180 snares were collected in the southwest boundary area of the park. In 2018, that number had soared to 1,600 – an almost tenfold increase which even more intensive monitoring could not possibly account for.

SANParks responded to Daily Maverick queries regarding the current poaching situation saying the Minister of Environmental Affairs Barbara Creecy would be releasing a statement in due course. The lockdown is no doubt throwing some obstacles in the way of poaching networks, which are often linked to organised crime. But given the trend, it seems likely that the demand for bushmeat must be growing along with the number of people desperate enough to turn to poaching.

“The impact of the pandemic on protected areas is already severe. And the communities around them are threatened with an economic catastrophe as Covid-19 wipes out local economies, tourism, and conservation jobs and benefits. I think we’re likely to see sharp increases in bushmeat poaching and snaring. Poaching of high-value species could also increase as lockdowns ease and new and well-trodden smuggling routes reopen,” Julian Rademeyer, the East and Southern Africa director for the Global Initiative Against Transnational Organised Crime, told Daily Maverick.

The Kruger, it must be said, has always been surrounded by poverty – ecotourism only goes so far as a job and income generator. It is like an island in a sea of poverty, which is clearly one of the reasons why it has been such a magnet for poaching.

Untold numbers of Mozambicans have also tried to seek economic opportunity in the continent’s most advanced economy by crossing the Kruger on foot – a huge risk that underscores the depths of poverty in the region. There is no accurate data on how many have perished in the attempt.

One person who has tried is US journalist Robert Frump. In his book The Man-Eaters of Eden, he came to a rough tally of the number of refugees killed by lions in the park, based on estimates of refugee traffic through Kruger and a lion kill rate of 1%. He calculated Kruger lions had killed and consumed 13,380 Mozambicans between 1960 and 2005. That is ultimately a thumb-suck and experts in the field have questioned its methodology. But as hunger grows in Mozambique, a swelling number of desperate people may well be taking this trek through a deadly faunal gauntlet.

Kruger is like an island in other ways as well. It is a fragment of wildlife habitat – one about the size of Israel – which is its chief draw as a tourist attraction. And wildlife at the moment is well down on the list of priorities as the social and human health needs triggered by the pandemic and lockdown mushroom.

Many affluent people might well recoil in horror at the prospect of an upsurge in poaching in the park from already elevated levels. The park’s rangers, who include in their ranks many gallant and courageous individuals, are no doubt doing what they can to stem the tide. But the focus will and must be on addressing the hunger that is stalking the park’s boundaries.

This is all part and parcel of a wider crisis in animal welfare and conservation that is unfolding on the world’s poorest continent. Business Maverick has already reported that South Africa’s once-thriving game farming industry is under unprecedented pressure because its sources of revenue – hunting, tourism and sales – have evaporated since March.

Across Africa, Kruger will not be the only island of wildlife habitat in a sea of growing human suffering. I spoke to Craig Parker, an ecologist at the University of Minnesota, about the issue. His focus is lion conservation – he is widely regarded as the world’s foremost authority on the big cats.

“Until three or four months ago, I felt that the best hope for lion conservation was large scale ‘eco philanthropy’ as well as significant institutional support from the World Bank and similar global financial institutions. The scale of the problem is huge and cannot be achieved from ecotourism alone. But my worldview has been shattered by the coronavirus pandemic.

“Wildlife tourism is gone this year and maybe the next, and the World Bank will have to respond to the enormous economic challenges facing every country on earth. Meanwhile, food supplies face major disruptions and many local communities will be looking to survive on whatever they can capture in the bush. And afterwards, we don’t know how willing the global community will be to devote resources to African wildlife,” Packer told me.

It is an old cliche in some conservation and development circles that “wildlife must pay for itself” in Africa. What happens when there is no one to write the cheque? DM