South African game-farming industry on the ‘brink of...

South African game-farming industry on the ‘brink of collapse’ 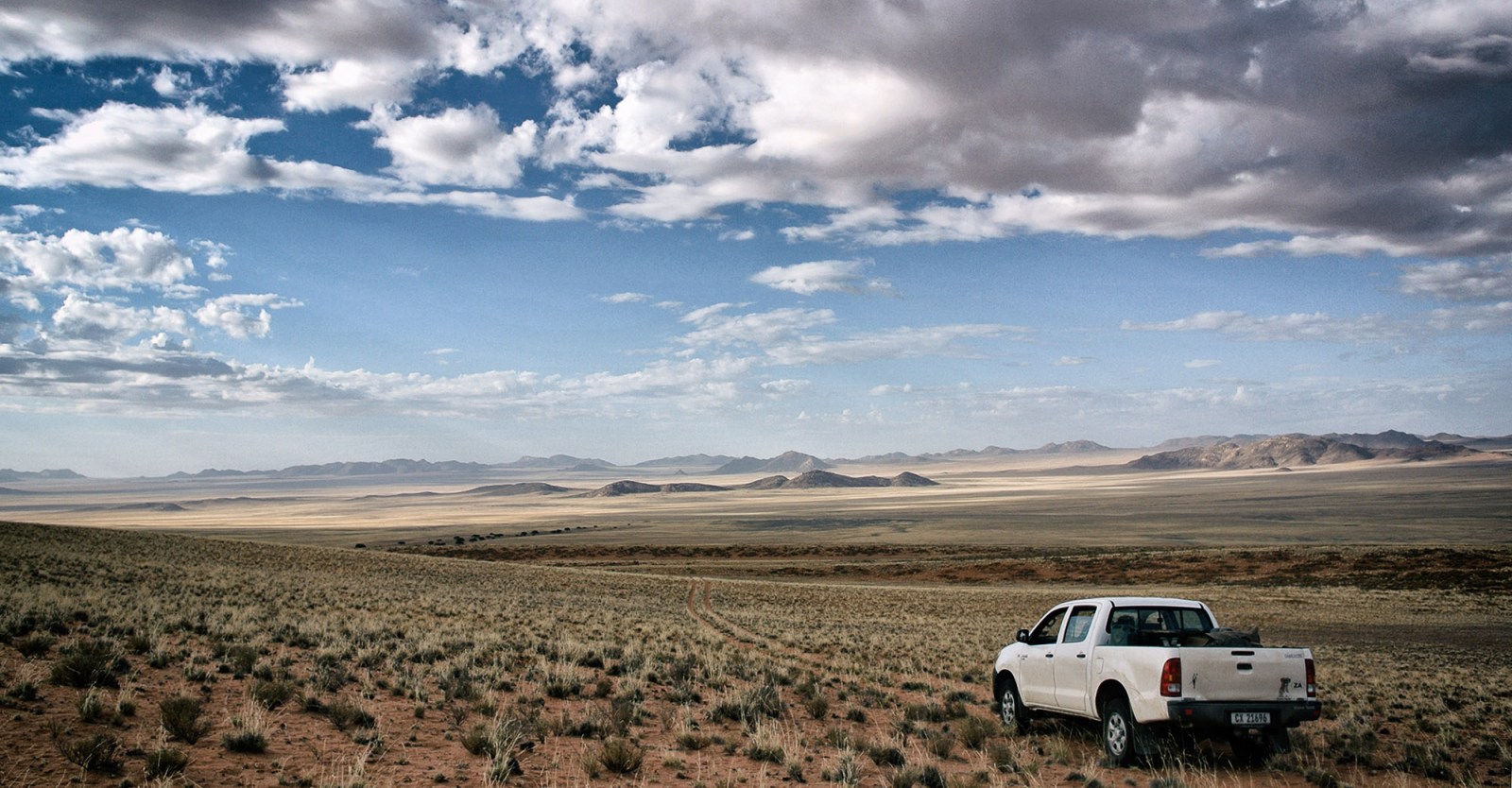 Klein-Aus Vista, a farm on the edge of the Namib Desert. Here, on the southern part of the farm, the views stretch to the horizon and you’re bound to see some game. (Photo: Gallo Images / GO! / Barnie Louw)

South Africa’s experiment in ‘wildlife privatisation’ is under threat from the Covid-19 pandemic and the lockdown measures to contain it. The once-thriving game-farming industry is in serious trouble because its main sources of revenue — hunting, game viewing and sales — have been under lockdown. It is an economic meltdown that could also create an animal welfare crisis.

Commercial farmers in South Africa have for the most part been able to get on with their business under the pandemic-triggered lockdowns — feeding the nation is clearly an essential service.

But one sub-sector of South African agriculture has seen almost all of its revenue evaporate in the face of the pandemic. The game-farming industry is on the “brink of collapse,” according to a presentation by Wildlife Ranching South Africa (WRSA), the main body that represents more than 1,500 ranchers in the sector.

“It is clear that the South African wildlife industry is on the brink of collapse due to the impact of Covid-19 on the industry and unless mitigation measures are introduced urgently to allow for live game trade, the production and distribution of game meat and the introduction of incremental local hunting and tourism activities, most product owners in the wildlife industry in South Africa will not survive the impacts of Covid-19,” the presentation says.

“Despite wildlife management being stipulated in the National Disaster Management Regulations as an essential activity, the lockdown resulted in severe negative effects for the South African private wildlife ranching industry, which included not only the international hunting and tourism market, but also the domestic hunting and tourism market, live game trade, game meat sales and other related activities.”

This gels with feedback to Business Maverick from several ranchers involved in the sector, which has three main sources of revenue — hunting, game viewing and sales. This trifecta of income has dried up like a puddle in the Kalahari.

WRSA did a survey of wildlife ranchers and 601 responded. It found that there was an 86% decline in visits to such operations by game-viewing tourists and hunters in March and April — a virtual wipeout. Estimated financial losses to the sector for 2020 from cancellations was put at R3.8-billion, while that for new bookings to the end of 2020 was put at R3.1-billion. Live game sales are predicted to lose close to R1.7-billion in 2020, while meat sale losses have been put at R640-million. So total losses for the year are estimated at more than R9-billion.

And more than half of the people employed in the sector are expected to lose their jobs or suffer reduced wages.

“Respondents indicated an average staff complement as at the end of February 2020 of 15 staff members per game farm. These figures do not include the additional part-time employees during hunting season, who basically all will have no income if no hunting takes place during the year,” the WRSA survey found. With 601 respondents that would be just over 9,000 jobs.

Most of the survey respondents also expect to see an increase in environmental crimes such as poaching, which is hardly a surprise in the face of rising levels of rural poverty and hunger. Animal welfare organisations may applaud the sharp decline in sport hunting — no Texas oilmen posing with dead rhinos! No American dentists taking down lions with human names like Cecil!

But the economic crisis also heralds an unfolding animal welfare crisis. Poaching will be part of that, but there is also the question of what will happen to animals on game farms that go bust. Around half of South Africa’s rhino population is now estimated to be in private hands, and many of those animals could be at risk if the businesses that support them collapse. In the absence of auctions, current game prices are not clear, but one would expect the bottom to fall out of the market — that is certainly the perception among game farmers whom Business Maverick has spoken to. Game farm prices may also sink along with general property values, potentially adding to the mounting toll of bad debt held by banks.

Hunting, of course, is an emotive issue that often finds itself in the firing line. There are critics who question the economic contribution of hunting to South Africa’s economy. What is reasonably clear is that its contribution is not insignificant — a North West University study estimated it to be worth R11.6-billion in 2018, accounting for domestic hunters alone.

The same can be said of the game-viewing or photographic-safari sector. Both no doubt also offer entrepreneurial opportunities for previously disadvantaged communities. What is lost in the fog of the debate is that many (though not all) jobs in both sectors are often seasonal or involve poorly paid and semi-skilled work such as domestic labour. Many of the people employed are not well off to begin with, and they can often have extended family networks which translate into several dependants. A top-up in social grants is hardly going to compensate for the lost wages in low-income rural households.

Estimated financial losses to the sector for 2020 from cancellations was put at R3.8-billion, while that for new bookings to the end of 2020 was put at R3.1-billion. Live game sales are predicted to lose close to R1.7-billion in 2020, while meat sale losses have been put at R640-million. So total losses for the year are estimated at more than R9-billion.

Some game farmers will clearly weather the storm. There are wildlife ranchers with diversified business models who also produce crops or raise livestock, so their operations will still generate revenue and they can call on the bank if the need arises. And some don’t even need the money.

South Africa’s most prominent game farmer happens to be President Cyril Ramaphosa — although he lacks its ornery temperament, his nickname is “The Buffalo” — and one would expect he will not be forced to sell the ranch to pay his bills. Indeed, there is more than one CEO or tycoon out there who owns a game farm as a weekend hobby where they can escape the madding crowd by jumping in a small plane and landing shortly thereafter on a remote airstrip.

This highlights a wider problem facing the industry, which according to WRSA has “transformed more than 20.5 million hectares of marginal agricultural land into thriving game ranches.” This is in many ways a conservation success story and has been part of a wider movement now dubbed “rewilding” whereby land formerly used for cattle or put to the plough has once again become the range of wild animals including megafauna such as rhino, elephant and buffalo.

Yet calling it an “essential service” is debatable and the industry almost exclusively caters to the affluent. This is not meant as a criticism — it is simply a statement of fact. The mostly white upper and middle classes in South Africa value wildlife and ultimately foot the bill for the upkeep, protection and preservation of such fauna, which in many cases has effectively been privatised.

From a free-market perspective, there is nothing wrong with this state of affairs and its potential conservation spin-offs. If someone values wildlife, they can pay for it. The challenge now is that this bill is going to become a lot bigger, for wildlife can hardly compete for resources or sympathy in a developing economy with glaring income disparities in the face of the escalating and pressing social needs wrought by the pandemic. BM