SA must move towards a democratised and recalibrated food system 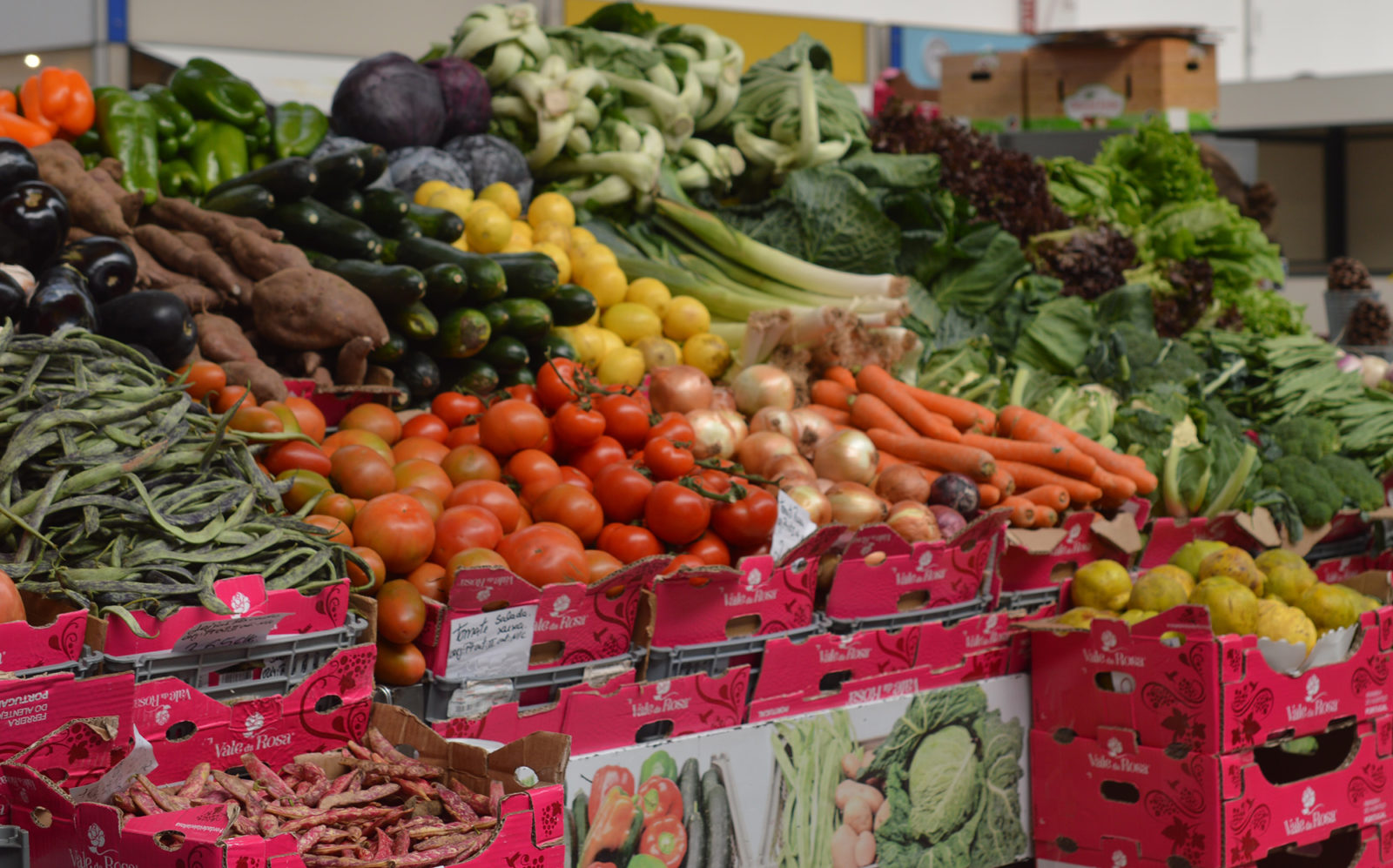 Photo by Maira Salazar on Unsplash

The Covid-19 crisis has exposed the stark inequalities that persist in our society. Vast disparities in access to healthcare, food, shelter, personal safety, water, transport and communications have been laid bare.

Aside from imposing a lockdown, the government has been in disarray in responding to the urgent food needs of millions of people who have either been thrown out of employment or have lived a survivalist, hand-to-mouth existence from day to day, eking out small bits of money from wherever they can in order to get food for themselves and their dependents.

The Department of Social Development (DSD), the South African Social Security Agency (Sassa) and other government agencies have provided some food parcels, but these are woefully inadequate to meet the explosion of additional demand in the face of the lockdown and sudden loss of income-generating opportunities.

Even at maximum capacity, government services can only scratch the surface of the immediate need. In wards across the country, where demand is in the thousands, government budgets can only accommodate a response of less than 100 food parcels. The Solidarity Fund is providing some assistance, but this is a trickle rather than the flood it needs to be and is tied up in bureaucratic red tape.

Corporate South Africa, as always, remains locked into the “profit uber alles” mentality, with a little bit of self-aggrandising corporate social responsibility on the edges that is more advertising than real assistance. Despite billions of rand in profits annually, food corporations boast about donations of a few million. Food relief remains market-based, in that food has to be purchased at market prices, which themselves are elevated as supply chains come under pressure.

Civil society has stepped into the breach in an effort to respond to the immediate crisis. Many initiatives and food aid schemes that pre-existed the lockdown have gained visibility but also been inundated with requests for assistance. Other initiatives have sprung up, including local community action networks, and the C19 People’s Coalition which has rapidly assembled over 300 civil society organisations to develop a comprehensive response across sectors, including food. In Gauteng, the C19 Coalition has begun processes of linking small-scale farmers, small-enterprise distribution agents and community organising teams to procure and distribute food relief to those in immediate need.

Charity and humanitarian aid… and beyond

There has been much critique about charity and humanitarian aid from the left. These are seen as patronising and unsustainable. However, the impulse to charity and humanitarian aid to those in dire need should be seen as the starting point for solidarity in practice. We need to mobilise our ability to use our own agency and ingenuity in conditions where the state has abandoned the population, and where corporations are unable to transcend the need to profit from any and every transaction. This immediate crisis has put practical issues on the agenda for us: specifically, how to transparently and democratically organise and manage a supply line, food safety and handling procedures, needs assessments, and agricultural input production and distribution. How we respond to these in the here and now will determine the future contours of the food system. Any transcendence of this dysfunctional economic system we are in requires the practical, material reorganisation of society. Mere words will not cut it.

Food supply needs to be organised to transcend market demand. Democratic, collective decisions and organisation are required to enable systematic and routine means of matching supply with actual need, as opposed to “effective demand” through the market, where the only demand that is registered is by those who are able to pay. Individuals and households are in desperate need. Society at large recognises this need now because people have been forced into lockdown without choice. If we recognise the imperative to meet these urgent and daily needs during this crisis, why not after as well? Because for many, conditions will not change much even after lockdown.

At its core, food security refers to the availability of food (is enough food being produced to meet all needs?); access (can everyone who needs food actually get hold of that food, and are their claims to a share of available food socially recognised?); and use (is the food nutritionally diverse and socially appropriate and of the requisite quality?). These dimensions are relevant however the actual organisation of food production and distribution is organised. Food sovereignty is not in binary opposition to food security as defined here. Rather it adds the dimension of democratic organisation and decision-making about food production and distribution to realise food security.

The pandemic has exposed fragilities in the corporate-industrial food system on which most of us in South Africa depend for our daily food supply. This dominant global food system is implicated in the pandemic itself, through decades of encroachment of large-scale monocultures into diverse ecosystems from the Brazilian rainforests to the savannahs of Africa and the plains of the US. The living biosphere has been under attack, with novel viruses and pathogens being released from forest destruction on a massive scale.

In the immediate crisis, fragilities include supply shortages resulting from “just in time” global supply chains based on low inventories and a very precise balance of supply and demand. Strategic food and grain reserves have been reduced or eliminated in the name of reducing storage costs. In a time of global crisis, this has exposed a lack of resilience. More redundancies (multiple overlapping sources of supply) are needed, more buffers, with larger inventories and a greater degree of local and regional self-sufficiency.

The crisis has revealed an overdependence on a few large food manufacturers. Large centralised facilities are petri dishes for the spread of infection and mutation of the virus. In the US, Smithfield Foods pork processing plant in South Dakota became the epicentre of the virus in mid-April. When it eventually closed it led to a knock-on effect back up the supply chain to farmers who could no longer sell their pigs. Farmers were unable to switch to other supply lines because of the structure of the market and their contracts with Smithfield.

In South Africa, the temporary closure of Tiger Brands’ Albany bread factory in Durban in mid-April raises concerns about the impact on national food supply. According to the Chamber of Baking, Tiger Brands – along with Pioneer Foods, Premier Foods and Foodcorp – held 70% of the bread market in 2017. Supermarkets are another point of excess concentration, convenient as they may have been in the era we are now exiting.

The crisis has also brought home the over-dependence on international trade for food. World Trade Organisation (WTO) minimum market access rules since the 1990s have resulted in the displacement of local and regional food production systems, with less self-sufficiency and populations more vulnerable to supply disruptions in emergencies. Ships and planes have transmitted the virus across the world.

Long-distance supply chains will have to become less dominant by necessity. Restrictions on travel and movement, concerns about health and safety, and the climate crisis looming over it all, necessitate a shift to shorter supply lines, greater responsiveness, and redundancy in supply so that if one line fails, others can pick up the slack. The centralised and top-down food system has de-emphasised agency. The majority of the population have become passive recipients of food produced by corporations.

Technocratic and centralising solutions place singular emphasis on productivity and obscure wider social, cultural, political and spatial dimensions of food production and consumption. This has serious implications for the domestic economy. We urgently need to reduce our dependence on imports of food, agricultural inputs and other critical goods needed in the society, to resuscitate our domestic production capabilities, and to rebuild local resilience and agency.

We should anticipate the serious economic impacts of lockdown, including deepening unemployment and poverty, chronic and long-lasting restrictions on movement, and preferences not to mingle in large groups where people are in close proximity. We will require new ways of organising food production and supply, and new ways of identifying and responding to need.

The way of the future is in more localised food economies based on small enterprises. This is a conclusion even South African agribusiness has arrived at. From a progressive point of view, now is the time to push to include small-scale farmers, small-enterprise distribution agents, multiple, diverse homestead and small food manufacturers and agro-processors, street traders and spaza shops, localised and direct exchange and local food markets, and activated communities to identify food needs and organise a response.

If the public sector could support these processes with public sector finances to support the transition to localised food systems, that would be great. But we cannot sit and wait for this to happen. We must act now to shape the future. DM

Dr Stephen Greenberg is senior researcher at the African Centre for Biodiversity.

"For the happy man prayer is only a jumble of words until the day when sorrow comes to explain to him the sublime language by means of which he speaks to God." ~ Alexandre Dumas