Bad decisions and flawed messengers: How a crisis can grow into a disaster 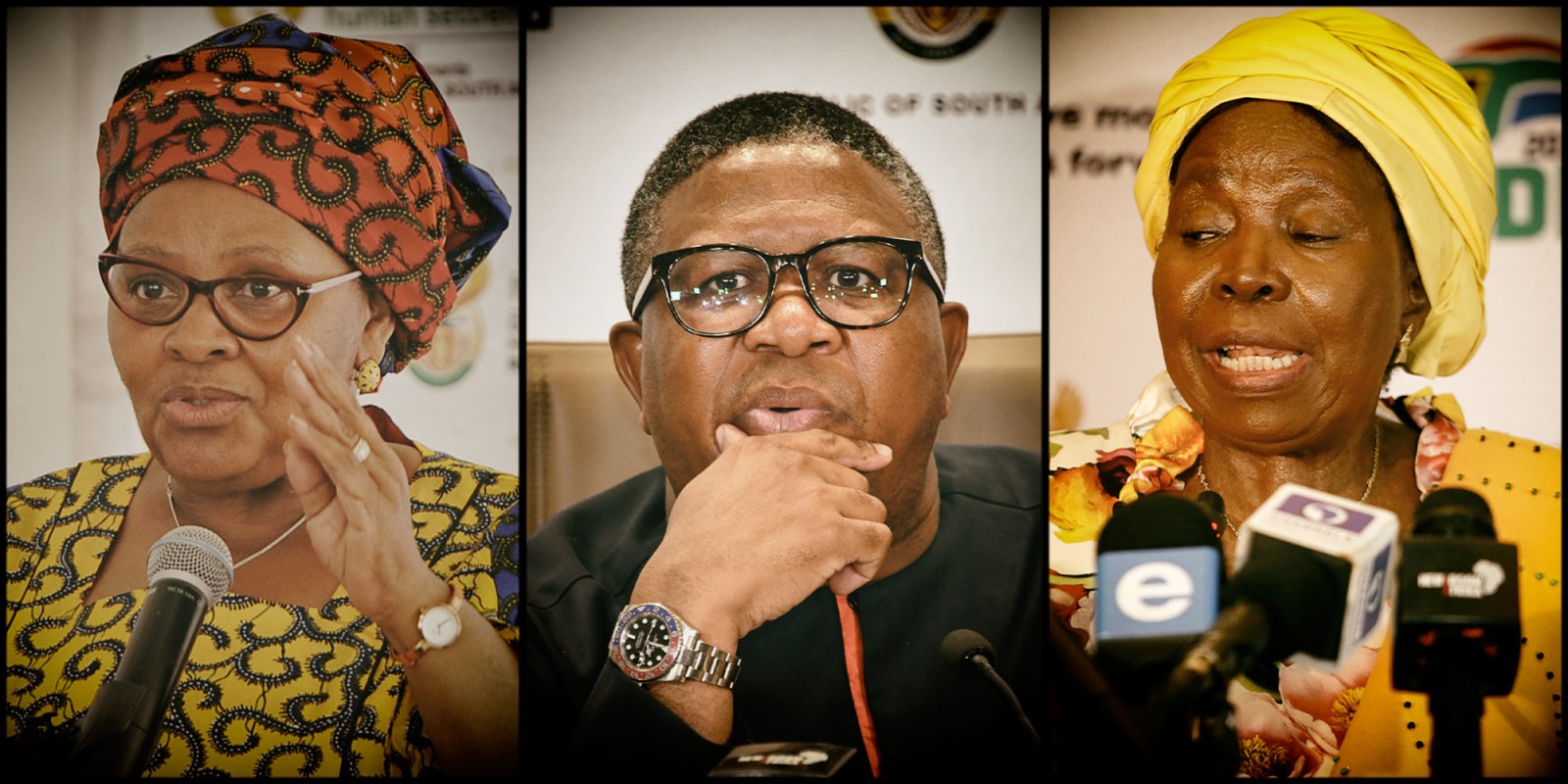 At this critical juncture in our response to the Covid-19 pandemic, we need clear and logical decisions from government, delivered by messengers in whom we have trust.

Wednesday night’s briefing by Co-operative Governance and Traditional Affairs Minister Dr Nkosazana Dlamini Zuma has stirred rebellious feelings in many. They are angry at the restrictions on their movements, at the limited window for exercise, and they distinctly dislike being treated as subjects, rather than citizens.

There is some justification for their view. At the same time though, there is now the potential for even more social discord, stemming from our racialised inequality. The middle classes may be blamed for the pandemic, while being seen to be complaining about it the most.

In any crisis, the person communicating on behalf of a government is a key figure. They determine what the message is and how it is received. People will at least partly judge the message on the identity of this person, on their history, on their past behaviour. It is also important to communicate in simple terms. There is no space during a crisis/pandemic to make frequent amendments to what you are communicating.

It is for this reason that so many in the middle classes have a favourable opinion of President Cyril Ramaphosa. He took on Jacob Zuma and won, and gave the impression that he would govern in the interests of the people.

Anyone communicating on behalf of our government, led by the ANC, will have a tough task. The party’s current leadership has spoken of the “nine wasted years” under its previous leadership. Corruption is now seen as so pervasive that many wonder if it can ever be brought under control. Even during the pandemic, there have been reports of tenders being awarded to friends.

Unfortunately, for many, Dlamini Zuma has done nothing to win their trust. She campaigned against Ramaphosa, on behalf of Zuma (she might deny this, but there is strong evidence to support this claim). She has never publicly disavowed him, or the Guptas. At one point, in October 2017, just ahead of the ANC’s Nasrec conference, only 16% of those polled said she would be a good leader of the ANC (in the same poll, 43% of people said Ramaphosa would be a good leader of the party).

She has never given any hint that she believes citizens have the right to hold her accountable. The only broadcast interview she gave during her Nasrec campaign was to the then Mzwanele Manyi-owed (allegedly) ANN7. She has hardly ever held press conferences or agreed to interrogatory interviews.

Then there is the problem of what could be called her previous scandals. It’s been claimed that she has spent time in the company of people who deal in illegal cigarettes, who would benefit from a continued ban. True to the already stated pattern, she has not answered questions about this.

And let’s not forget what many call South Africa’s first corruption scandal, Sarafina II. All of these issues undermine the public legitimacy of her announcements and decisions now.

She is not the only one in Cabinet with this problem.

…communication is vital, and the message needs to be communicated properly, clearly and concisely. It should be delivered by someone who is seen as legitimate.

Defence Minister Nosiviwe Mapisa-Nqakula has her own scandal. She once helped smuggle a young woman with fake travel documents out of Burundi and into South Africa on a government plane. While her handling of the death of Collins Khoza allegedly at the hands of soldiers in Alexandra is admirable (she said it was a day of “shame” for the SANDF), this weakens her own legitimacy.

Transport Minister Fikile Mbalula has several scandals in his closet. He has always given the firm impression that Twitter mentions and razzmatazz are more important than the proper governance of the transport industry. He was recently filmed instructing a police officer to arrest someone and impound their vehicle. He has no legal authority to do this, as he himself is not a police officer under the Police Act.

Mbalula has also been accused of trying to procure a grabber to influence the Nasrec outcome and was found by the public protector to have enjoyed a luxury holiday paid for by a sports goods supplier while he was sports minister.

There are others in Cabinet who are tainted by scandal.

However, there may well be many in our society who see the questioning of the legitimacy of ministers’ decisions as the middle classes complaining, when in fact it is the poorer people who are suffering the most through the lockdown.

Why should people be threatening legal action over cigarettes, or crowd-funding cases against the regulations (and complaining about half of their exercise window being in the dark of a Cape Town morning) when so many others are stuck, starving and shivering, in shacks?

They may even feel that it is the middle classes who are undermining the lockdown and so making everyone, including their families, more vulnerable to the disease. Some may even believe that it is those who are complaining now who brought the disease to South Africa, as only the rich can afford to fly to Italy and come back with Covid-19.

This has the potential to deepen an already huge abyss in our society.

To manage this aspect of the crisis, communication is vital, and the message needs to be communicated properly, clearly and concisely. It should be delivered by someone who is seen as legitimate.

More importantly, the reasons for the regulations need to be explicit.

If there has been a reversal of a decision on the sale of cigarettes, it cannot just be on the basis of public submissions (Dlamini Zuma says they received 2,000 submissions calling for the ban to remain, yet another petition calling for the ban to be revoked has received thousands of signatures). Rather, the reasons need to be explained, so that citizens are taken into the government’s confidence.

There is no reason not to do this.

The same holds true for e-commerce. Takealot’s CEO has been vocal in his frustration at only being allowed to sell and deliver certain items and not others. While some have said the ban is to protect his own workers (who would have to pack and deliver the items, presumably in a warehouse), DTI Minister Ebrahim Patel has said it is to protect his competitors. The reasons should be made explicit.

We are entering a difficult and dangerous phase of the pandemic and our reaction to it. It seems a given that the number of people suffering and dying will sharply rise, as will the number of those suffering from hunger.

At this critical juncture, the government cannot afford to make wrong decisions nor can it afford to communicate decisions badly via fatally flawed messengers. DM