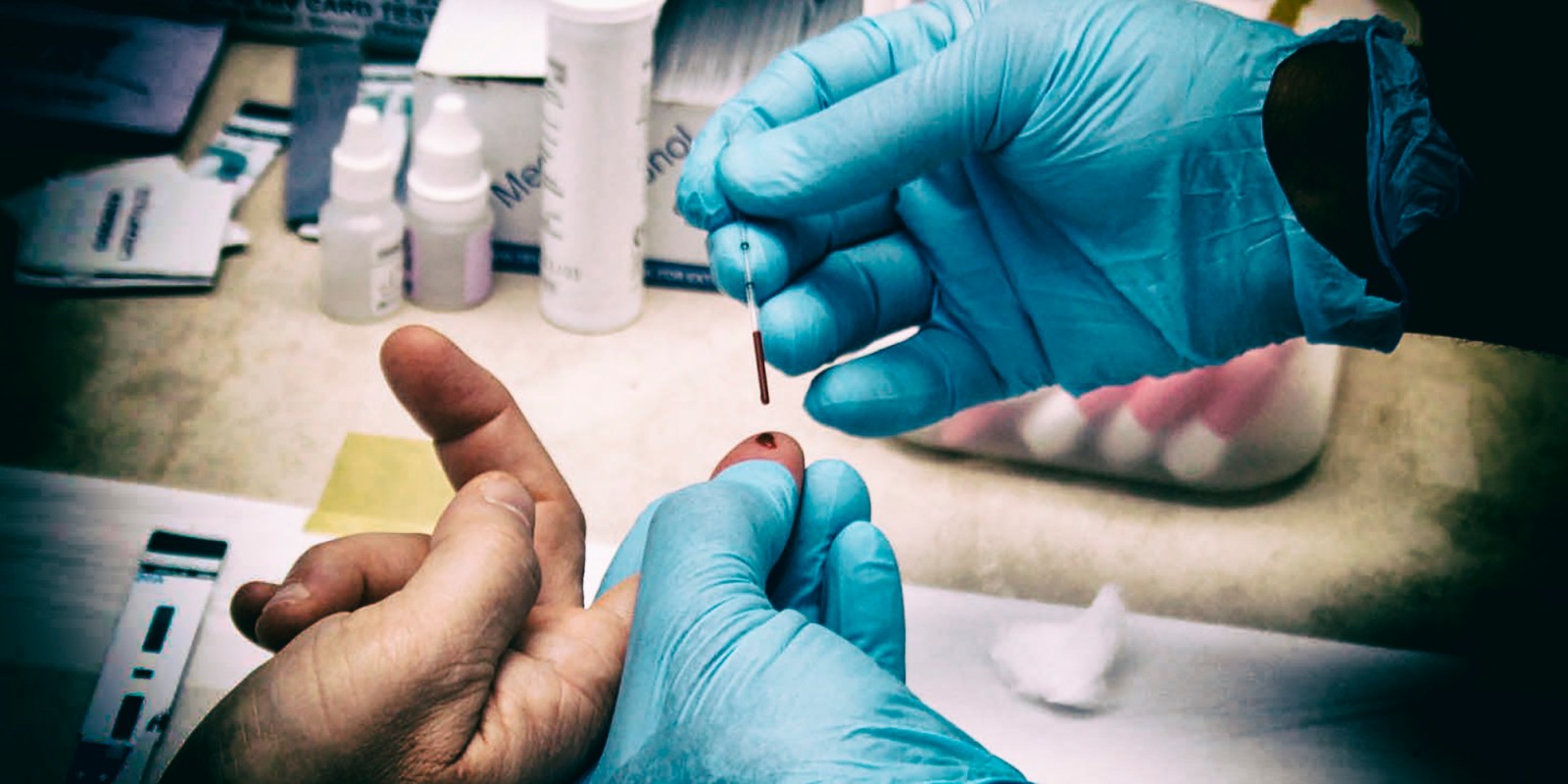 One of the biggest concerns of public health experts in South Africa is how Covid-19 could affect HIV-positive people. To date, there has been little data available – but two new studies from Spain and the US seem to offer cause for cautious optimism.

Among the major reasons for South Africa needing to enter lockdown hard and fast: Because so little was known about how coronavirus will affect people who are HIV-positive.

Of the roughly 7.7 million people living locally with HIV, South Africa also has an estimated population of between 2 and 2.5 million people who are HIV-positive, but not currently on antiretroviral treatment.

Earlier in April 2020, the government’s top coronavirus adviser Salim Abdool Karim told a Daily Maverick webinar that about 500,000 members of this group are believed to have viral loads which indicate that they are immuno-compromised.

“That is the group we need really to be concerned about,” Abdool Karim said.

The fear of how HIV and Covid-19 might interact has been keeping public health experts up at night. As Abdool Karim explained, the medical data available from China offered few hints as to how Covid-19 might impact HIV-positive people – meaning that local health officials have been flying blind, but expecting the worst.

Over the past fortnight, however, two international studies have provided the first clues as to the prevalence of Covid-19 infection among HIV-positive people, and the Covid-19 disease course for such patients.

A report published in the Journal of American Medicine on 22 April 2020 examined the clinical characteristics of 5,700 patients hospitalised for Covid-19 in New York City between 1 March and 4 April 2020.

Notes Aidsmap: “As the background prevalence of HIV in New York City is around 1.3%, the data appear to confirm that HIV is not in itself a risk factor for greater vulnerability to the new coronavirus.”

The study found that underlying conditions which were much more common than HIV in the New York patients admitted for Covid-19 were high blood pressure (present in 57% of patients), obesity (42%) and diabetes (34%).

The study’s authors write: “To our knowledge, this study represents the first large case series [a series of reports on patients given similar treatment] of sequentially hospitalised patients with confirmed Covid-19 in the US.”

The results of a much smaller, but more detailed study were published in British medical journal The Lancet on 15 April 2020.

All five were male and under 50 years old, and two had other underlying conditions (asthma and an underactive thyroid gland).

Two of the five cases needed to be treated in intensive care and required ventilation. Of these two most severe cases, one patient was discharged after 14 days and one was still in hospital 21 days later.

The three milder cases were discharged from hospital between one and four days after admission.

Writes Aidsmap: “Taken together, the five cases did not differ from other coronavirus patients in terms of symptoms or clinical course, offering some reassurance that HIV does not place people at higher risk of severe illness”.

The caveat, however, is that all five of the patients in question had undetectable viral loads and healthy CD4 T-cell counts. All but one were on antiretroviral treatment.

These are factors which mean that it cannot be assumed the same findings would apply to immuno-compromised South Africans who are not on treatment.

Local epidemiologists contacted by Daily Maverick on Thursday said that although these studies looked reasonably encouraging, it was still too early to tell how the twin pandemics of HIV and Covid-19 would play out in South Africa. Relevant data is not yet available.

As far as Daily Maverick is able to establish, based on department of health reporting, however, there has to date been just one Covid-19 death in South Africa of a person living with HIV, of the 103 total fatalities – 0.97%.

A greater problem may be posed by growing reports of HIV-positive people in South Africa skipping treatment because of anxieties around visiting hospitals and clinics during the Covid-19 pandemic.

“So far there is no evidence for a higher Covid-19 infection rate or different disease course in people living with HIV than in HIV-negative people. Current evidence indicates that the risk of severe illness increases with age, male sex and with certain chronic medical problems such as cardiovascular disease, chronic lung disease and diabetes.”

However, the EACS also cautioned:

“It has to be assumed that immune suppression, indicated by a low CD4 T-cell count, or not receiving antiretroviral treatment, will also be associated with an increased risk for a more severe disease presentation.” DM