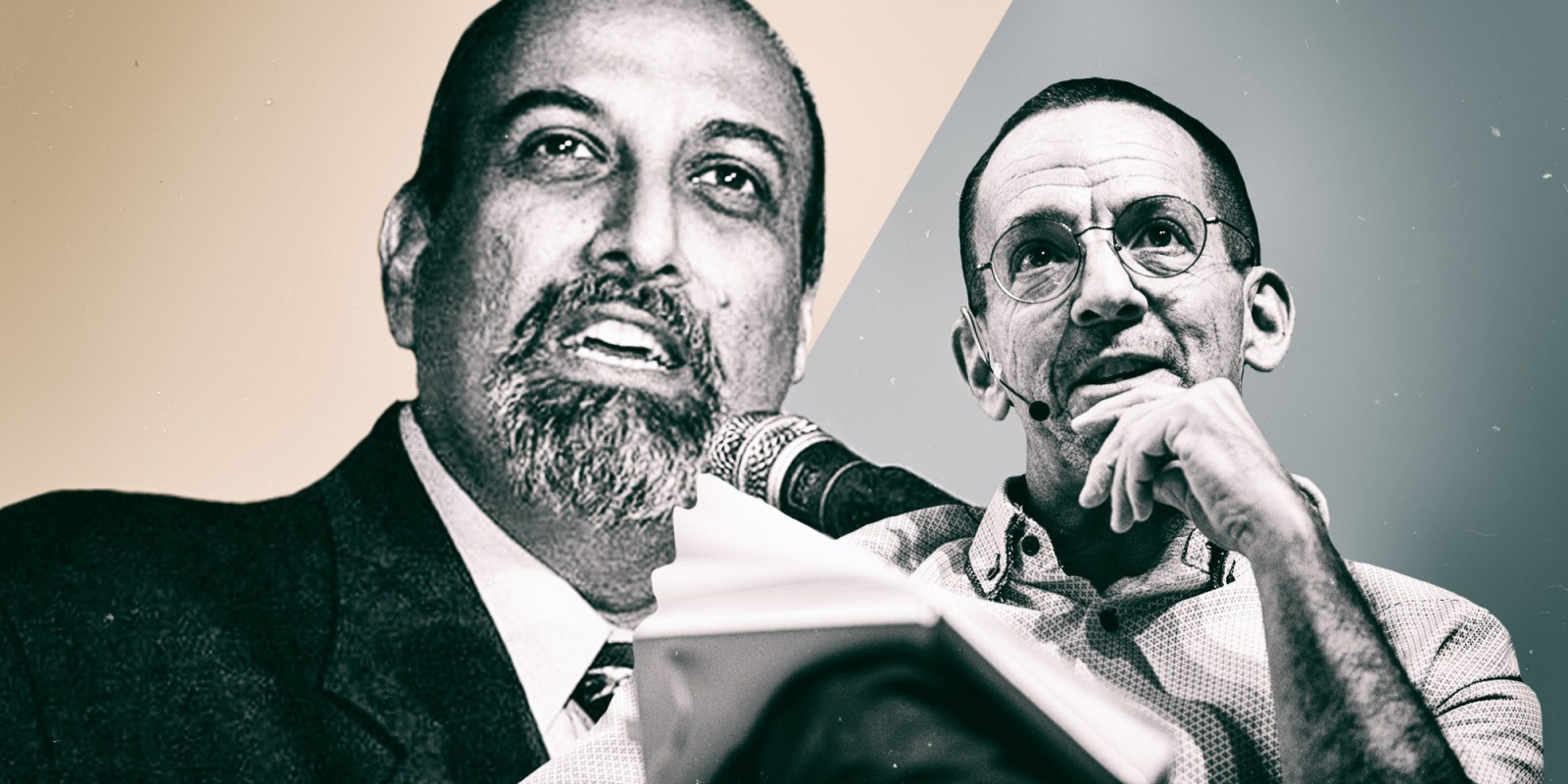 The chair of South Africa’s Covid-19 ministerial advisory committee, Professor Salim Abdool Karim, has acknowledged that the country’s initial approach to coronavirus testing may have been too restrictive. Abdool Karim made the comments during a Daily Maverick webinar on Wednesday, in which he also explained why SA’s approach to the pandemic has been unique internationally.

Top health adviser Professor Salim Abdool Karim has said that local health authorities may initially have erred in their approach to who could get tested for coronavirus.

“The area we fell short, I feel – and I take the blame as much as anyone else – is that we didn’t do enough testing because we didn’t release the requirements for testing; we didn’t ease the criteria for testing,” Abdool Karim said.

“We didn’t ease it for perhaps good reason, but the net effect is that we are now playing catch-up.”

Until a few days ago, coronavirus tests in South Africa were reserved for people who fell into the following categories: those who had developed some respiratory symptoms and had either returned to South Africa from countries with local transmission within the past 14 days or had had close contact with a confirmed coronavirus case.

As of 3 April, however, the National Institute for Communicable Diseases (NICD) has updated the testing guidelines. Patients who present with one of the Covid-19 symptoms are now eligible for testing.

The reason why South African health authorities initially did not make testing widely available was due to a well-grounded fear that panic might drive many to seek unnecessary testing and cause a shortage of tests when they were most needed.

But as Abdool Karim pointed out on Wednesday, while participating in a Daily Maverick webinar, the former testing requirement pertaining to travellers became irrelevant as soon as borders were closed.

“Our criteria was stuck in a mould that became a bit outdated. We should have changed our criteria about two weeks earlier,” Abdool Karim said.

The result has been that South Africa has only carried out about 58,000 tests to date, and only about 10,000 of these have been conducted in the public sector. Abdool Karim acknowledges that these numbers are far too low, but he says there are other constraints to bear in mind.

Due to the nature of the molecular testing required, results also cannot be obtained as rapidly as for HIV tests. At the moment test results are coming back two to three days later, but Abdool Karim warned that as South Africa’s laboratories are put under increasing pressure, this timeline will probably extend to “four, five days, maybe a week”.

The problem this presents, in combination with the nature of the Covid-19 disease itself, is that health authorities are always working with delayed information. Abdool Karim said that it is this aspect that it makes it so difficult to know whether South Africa’s 21-day lockdown is having the necessary effect.

“You have to appreciate that when we say there was a case today, that reflects an infection that occurred about two weeks ago,” he said – due to the incubation stage of the disease, the time it takes people to seek testing and the delay in receiving the results of that testing.

“So if we base it on that, the cases we see today reflect infections which happened on average about 14 days ago, prior to the lockdown.”

Given this situation, the question of whether to lift South Africa’s lockdown on 16 April as planned is very difficult. Abdool Karim stressed that he was not responsible for those decisions, but stated that the decision would have to be made based on assessments of community transmission.

“If we see from community health workers who are already in the field that we are receiving enough specimens, and we are testing them and we are not seeing positive cases which are substantial, that is very reassuring,” he said.

About 28,000 community health workers are currently going house to house, screening people for Covid-19 symptoms and then referring them for clinic testing.

This approach, Abdool Karim said, is unique to South Africa.

“In every other country, when you look at this epidemic, it came on them so rapidly that before they knew it, the epidemic showed itself in the long queues of people coming to hospital,” he said.

Abdool Karim said that one reason why it was essential that South Africa take drastic precautions against the possibility of a widespread Covid-19 outbreak is because it is still unknown how coronavirus will play out in HIV-positive people.

He said that of the estimated two million to 2.5 million South Africans who are HIV-positive, but not currently on antiretroviral treatment, about half a million are believed to have viral loads which indicate that they are immuno-compromised.

“That is the group we need really to be concerned about,” Abdool Karim suggested.

Abdool Karim was asked by Maverick Citizen editor Mark Heywood for his comment on the theory that the antimalarial drug chloroquine may offer a potential treatment for Covid-19: a notion popularised by US President Donald Trump, among others.

“There is no evidence that any drug is effective against Covid-19. Period,” Abdool Karim replied.

With regards to another theory doing the rounds, that TB vaccination may offer a degree of protection against Covid-19, Abdool Karim said that there was insufficient evidence to elevate this above the status of an “interesting hypothesis”.

He pointed out that an academic paper circulating on the matter, which has yet to be peer-reviewed, fails to take into account the possibility that the pandemic has yet to hit Africa properly.

Abdool Karim said that a vital question to ask was: in countries badly hit by the pandemic so far, have people who have had the TB vaccine experienced it differently?

“We asked that question, and the answer anecdotally was: No difference,” he said.

Abdool Karim said that both the government and its health advisers were acutely aware of the “trauma” that the lockdown was causing, and that decisions taken around it would be made very carefully.

But he added that when he considered South Africa’s response to the pandemic so far, when compared with countries like the UK and the US:

“I stand looking at what we have achieved, and I feel proud”. DM/MC