Umfolozi mining activist stares down the barrel of a gu... 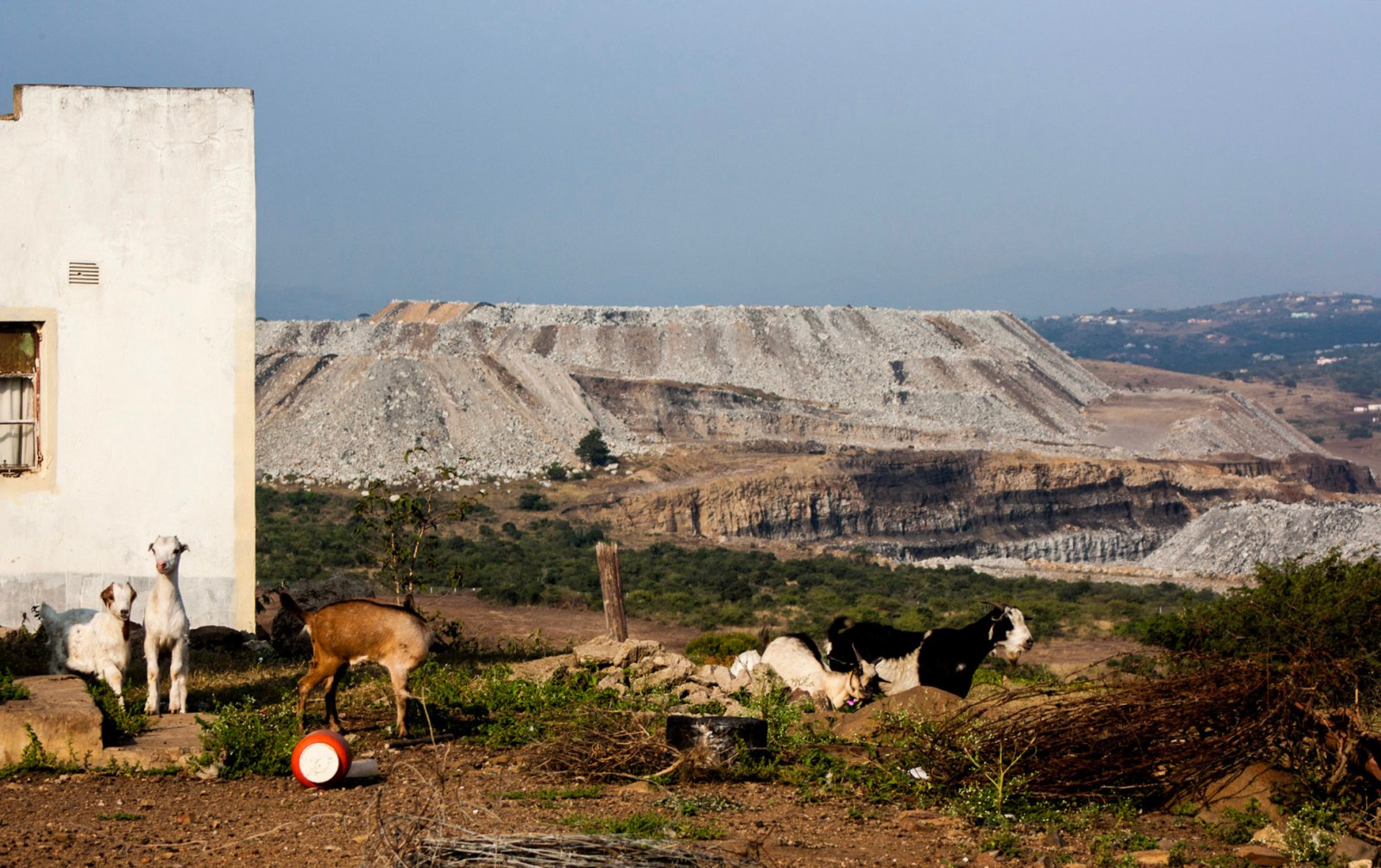 Goats forage next to a homestead which was abandoned to make way for Tendele’s mining operations at Somkhele, KwaZulu-Natal. (Photo: Rob Symons)

The battle between mining interests and communities in the area has been ongoing since 2006, when 200 families were relocated with disparate compensation.

Sabelo Dladla, a 27-year-old activist from the rural community of Somkhele, has received death threats for resisting relocation and impeding Tendele coal mine’s expansion. On Friday 17 April, he was preparing food parcels to distribute to his community when two armed gunmen entered his home.

The men pointed their guns at him, his mother and his niece, and said they were “looking for Sabelo”, not knowing that they were staring at him.

He told them Sabelo was not home.

The gunmen stole money and phones and locked the family in the house. They escaped through their backdoor.

Dladla says he called the police from a neighbour’s house, and the last update he got was on 21 April from the investigating officer, who said they did not have any leads.

Several days later, on 24 April, bullets were fired at the home of the Mthethwa family, who also live in Somkhele. This happened after they had received a visit from a man a few weeks before, whom they say was the local councillor. They said the man warned them a shooting would occur should they not accede to the mine’s relocation request. The Mthethwas are one of the families in the community that have been earmarked for relocation. Since the incident, the community’s police have been patrolling the area at night.

Both the Mthethwas and Dladla live in the mining and environmentally contested Umfolozi District.

Dladla is the treasurer of a mining activist organisation called Umfolozi Community Environmental Justice Organisation (MCEJO) that represents a number of neighbouring communities affected by mining. Although the organisation, represented by Youens Attorneys, has been embroiled in a legal battle against Tendele coal mining since 2016, the battle between mining interests and the communities has been ongoing since 2006, when 200 families were relocated with disparate compensation. Dladla believes he has been targeted because of his affiliation with the organisation and its continued efforts at resistance.

Attorney Kirsten Youens told Maverick Citizen the communities wanted negotiations that would lead to fair and adequate remuneration for their relocation. Some community members felt that the mine was acting in bad faith and had no intention of offering fair remuneration.

Of great concern also is the impact of mining on the communities’ sustainability. Issues raised were the removal and reburial of family graves, poor air quality as a result of the coal production leading to respiratory illnesses, the impingement of grazing land for livestock, noise pollution, and the water table dropping, leading to diminished access to water.

Ramabina Mahapa from the Land and Accountability Research Centre (LARC), who has been working with Dladla and his attorneys, said Tendele mining had offered the community inadequate remuneration and compensation.

The case in the North Gauteng High Court challenges the right of Tendele to expand its operations, and the community wants the rescinding of the decision to grant Tendele extended mining rights close to the Umfolozi Game Reserve.

Tendele mine has also been accused of coercive and bullying tactics within the community.

While the community has sought various interventions from the minister of mineral resources and courts, it seems the battle is set to continue with people’s lives being threatened.

Dladla and his family have had to go into hiding, not for the first time, as he has previously faced threats of violence, harassment and was falsely accused of murder.

It seems the price of mining may well be that of people’s lives. DM/MC