Department of Basic Education must find a way to balanc... 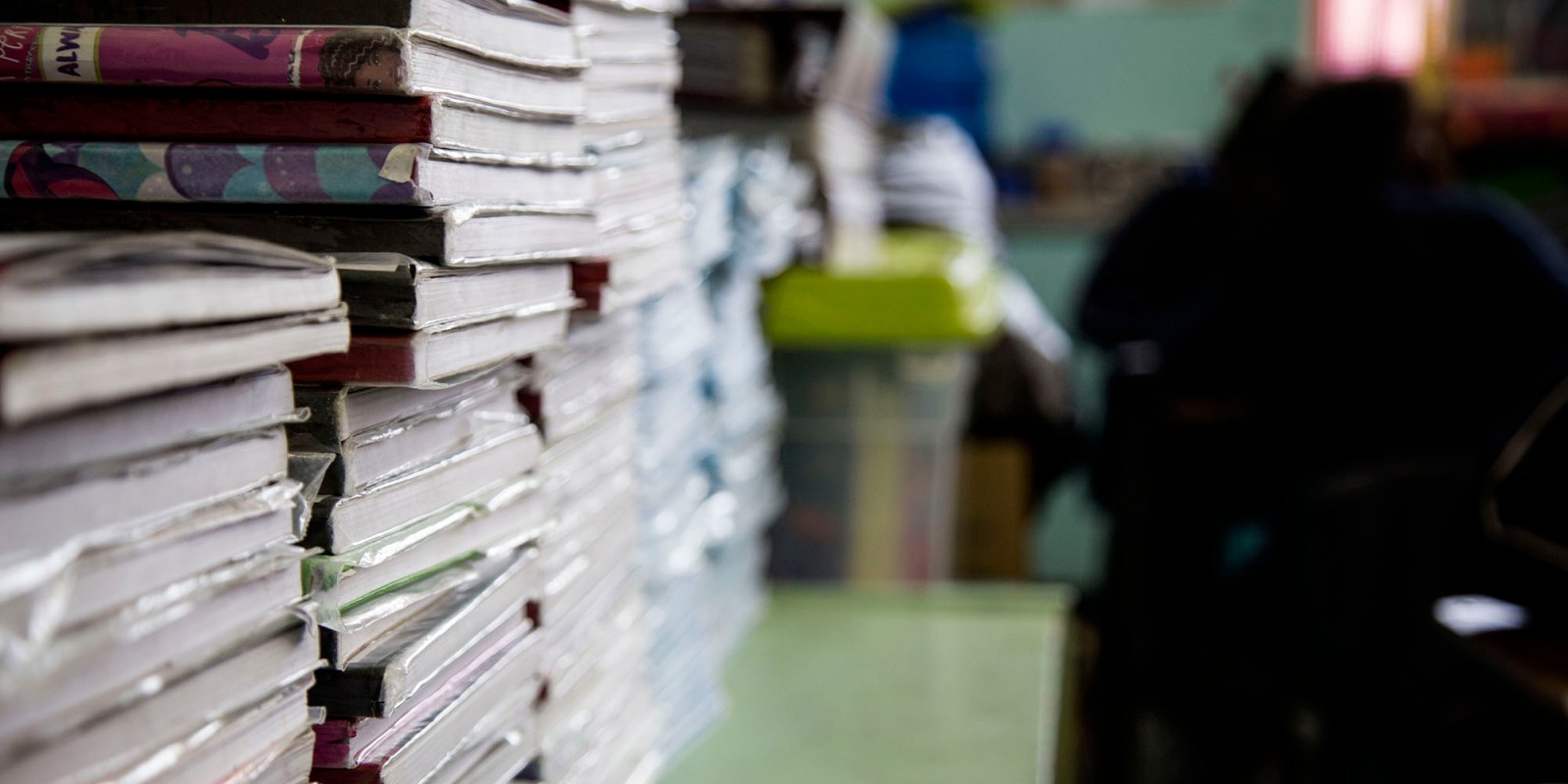 Many experts have repeatedly suggested that the curriculum will have to be trimmed if schools resume classes. (Photo: Leila Dougan)

About 22 days have been lost from the academic calendar since schools were shut. The Department of Basic Education has to perform a balancing act – securing the health and safety of educators and learners AND salvaging the school year.

Just over a month into a nationwide lockdown, the Department of Basic Education is having to make a tough decision – should schools resume or not?

And a decision to postpone the media briefing which was scheduled to take place on 27 April has left many parents, educators, and learners in limbo yet again.

When President Cyril Ramaphosa announced that the lockdown will be eased, he also mentioned that ministers of both basic education and higher education and training would have to provide details of the phased reopening of schools and other educational institutions.

Although unions sounded the alarm before the department could make any official announcements, the conundrum does not only lie with health and safety provisions. It lies also with inadequate schooling facilities prior to Covid-19, coupled with clashing views, exacerbated inequalities, and provincial departments with untrustworthy competencies.

Of most concern to unions is whether provincial education departments can make provisions available before schools resume.

“We cannot have 40 learners in one class and still think that social distancing can be done. We’ll need to reduce this to a reasonable number,” said Mugwena Maluleke, the secretary-general of the SA Democratic Teachers Union (Sadtu).

According to data from the Organisation for Economic Cooperation and Development (OECD), member countries have an average class size of 21 students for primary education and 23 for secondary education.

Beyond overcrowding, SA still has schools that are without basic sanitation and water facilities. By the department’s own admission as per its National Education Infrastructure Management System data (NEIMS), 4,358 schools are still using pit latrines, while 37 have no sanitation facilities.

While the national department has made concerted efforts to provide adequate water and sanitation facilities, provincial departments, on the other hand, have shown unscrupulous behaviour in the past. Lest we forget, the Eastern Cape Education MEC, Fundile Gade, once said it could take 100 years to eradicate pit latrines in the province.

“Although the department can provide assurance that things are okay [health and safety provisions], provinces’ assurances are often a pack of lies,” said Basil Manuel, the executive director of the National Professional Teachers’ Organisation of SA (Naptosa).

These failures add to the unequal distribution of resources in public schools as compared to private schools.

Well-capacitated (both public and private) schools have been less affected by the lockdown and some have continued with the academic programme. There is great concern that poorer schools have lagged behind.

Although Minister Angie Motshekga did acknowledge this as a genuine concern during a briefing on 26 March she also said:

“Unfortunately, at this moment [the unequal distribution of resources is] out of our control.”

At the time, the minister said there would be a standardised catch-up plan for all schools and the department’s focus “is doing that which we are in control of”.

Inside Education reported that a number of stakeholders, including senior government officials, have warned against allowing lower grades to return to school.

“Gauteng is one of the provinces that have opposed proposals to reopen schools for all learners at a go. We can only risk with matriculants, we can’t with lower grades,” an unnamed source was quoted in the report.

But the buck stops with the National Command Council (NCC) which has to approve whatever recovery plans the department is proposing.

Even though many schools have turned to online learning as the answer, it is certainly not a sustainable approach for everyone.

Joanne Hardman, an associate professor at the University of Cape Town’s School of Education, said online learning is not the solution.

“There is not enough [research] that shows outcomes can be good, particularly in primary education, with the use of technology unless there is an actively involved teacher.

“When we talk about pure online education, where there isn’t a teacher, it is impossible to teach concepts to children below the ages of 13 online without a teacher,” she said.

Hardman said activities like revision, repetition, and practice can easily be facilitated online, but not teaching new concepts.

Dr Nicky Taylor, a senior researcher at JET Education Services, pointed to a small-scale research study recently undertaken by the non-profit organisation which found that even when schools are well-resourced, online learning proved to be challenging.

Hardman, like many other experts have repeatedly suggested, said the curriculum would have to be trimmed if schools resume.

A leaked draft curriculum recovery plan from the department notes trimming is one of the measures being considered.

Francois Naude, an independent education consultant, has previously suggested that if there is space to remove less important content in the curriculum, perhaps that content should not be included in the curriculum moving forward. The draft plan itself points in the same direction.

“Literature argues that decades of overload have shaped curriculum, textbooks, tests and teacher expectations into an industry of superficiality.”

Other suggestions include extending learning hours and cancelling June holidays – which must be weighed against the diverse realities of learners.

The leaked plan sets out that the phased-in reopening of schools might see Grades 12 and 7 return on 6 May, followed by Grades 11 and 6 on 20 May.

The department’s spokesperson Elijah Mhlanga would not comment on any of the matters raised but instead said the minister would deal with “these matters at a media briefing to be confirmed”. That was two days ago and there has been no mention of a new date for the briefing.

The department will, however, make presentations to the Basic Education Committee in Parliament on Wednesday 29 April. DM