Lockdown 2020: A humanitarian crisis is looming — where is the safety net? 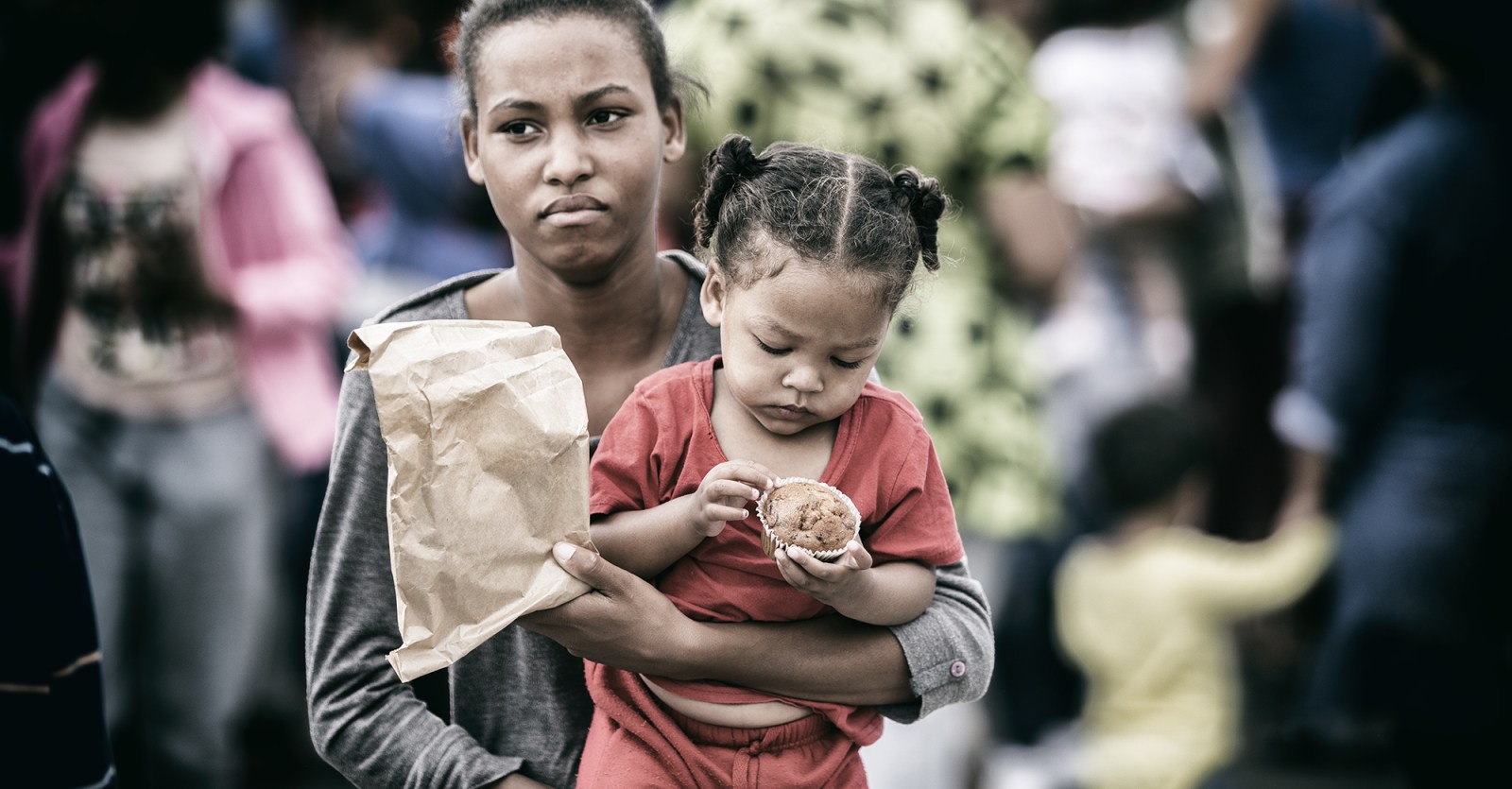 Covid-19 is a public health crisis, caused by a virus. But the response to Covid-19, while necessary, is creating an economic crisis and a humanitarian crisis, which will get worse the longer the lockdown lasts. We need to confront the humanitarian crisis.

Cyril Ramaphosa looked appropriately presidential on 9 April as he announced the extension of the lockdown for a further two weeks, to minimise loss of life due to Covid-19. He acknowledged the hardship already caused by the lockdown – “many have lost their income” – and he thanked South Africans for their patience and co-operation.

He also announced a three-part strategy to slow the spread of the virus, while preventing economic collapse and hunger. The first two parts address the health and economic impacts of Covid-19. The third part is “a programme of increased social support to protect poor and vulnerable households”. The president reported some progress on this increased social support:

This is not the time to close down the social ministries, except for understaffed hotlines. Labour Centres and Sassa offices should be declared essential services and re-opened immediately. Processes for applying for and receiving social assistance and unemployment insurance claims should be expedited, not delayed.

Covid-19 is a public health crisis, caused by a virus. The response to Covid-19, while necessary, is creating an economic crisis and a humanitarian crisis, which will get worse the longer the lockdown lasts. Thousands of people have been affected by the virus. Millions are affected by the lockdown.

There are at least two ways for the government to respond to the hardship caused by the lockdown. The first option is to set up entirely new mechanisms like the Solidarity Fund, and solicit donations by appealing to “the principle of solidarity”. The fund aims to:

“Prevent the spread of the disease; detect and understand the magnitude of the disease; care for those in hospital or medical care; support those whose lives have been disrupted by the disease”. “Support” presumably includes financial assistance to impoverished households, but it is not at all clear whether it does, or how people in need can apply.

Instead, the Solidarity Fund website gives a lot of detail about how to make donations. But it gives no information about how much money is being raised, or how donations are being spent. Given South Africa’s recent history of rampant corruption, transparency is especially important to build public trust and buy-in to government plans of action.

The second option is to treat the lockdown itself as a macroeconomic shock or a natural disaster, and respond as urgently as we would to a humanitarian crisis. Just as during a major drought or tsunami, large numbers of people have lost their livelihoods and are unable to look for other sources of employment or income, because there are none and they can’t leave their homes anyway. Isn’t this a humanitarian crisis?

Important lessons can be drawn from experiences in other countries with shock-responsive social protection, which integrates short-term emergency relief into long-running social programmes. Ethiopia and Kenya have implemented this modality for a rapid and effective response to droughts. The key principle is to use existing institutions and systems for registering and paying beneficiaries. The two most common mechanisms are to expand social protection both horizontally (add more beneficiaries) and vertically (pay more benefits). Either or both mechanisms are introduced on a temporary basis, until the crisis passes.

The International Labour Organisation (ILO) is monitoring social protection responses to Covid-19 around the world, as governments scramble to respond to the social needs created, directly or indirectly, by the virus. By 6 April, 82 countries had implemented close to 200 new or expanded safety net measures. Not surprisingly, the most popular tools, each adopted by 31 countries, are to increase benefit levels of established social protection schemes and extend their coverage to new beneficiaries – both classic “shock-responsive” strategies.

South Africa has a very big asset to draw on, to implement a shock-responsive approach to this crisis – the infrastructure that delivers social grants. Despite some turbulence in recent years, more than 17 million social grants are paid out every month, on time and in full, to 29% of South Africans and 60% of all children. All that is needed is an instruction to Sassa and payments to these poor and vulnerable families could be increased for the duration of the lockdown. There is no need for new institutions to be established with complex, slow and opaque application procedures.

Why not just give the instruction, and prevent a great deal of preventable hunger? DM

Professor Stephen Devereux is a development economist working predominantly on food security, famine, rural livelihoods, social protection and poverty reduction issues and holds the SA/UK Research Chair in Social Protection for Food Security, based at the University of the Western Cape. He is a Research Fellow at the Institute of Development Studies, University of Sussex. His books include Fieldwork in Developing Countries, Theories of Famine, Food Security in Sub-Saharan Africa, The New Famines, Social Protection in Africa, and Social Protection for Africa’s Children.