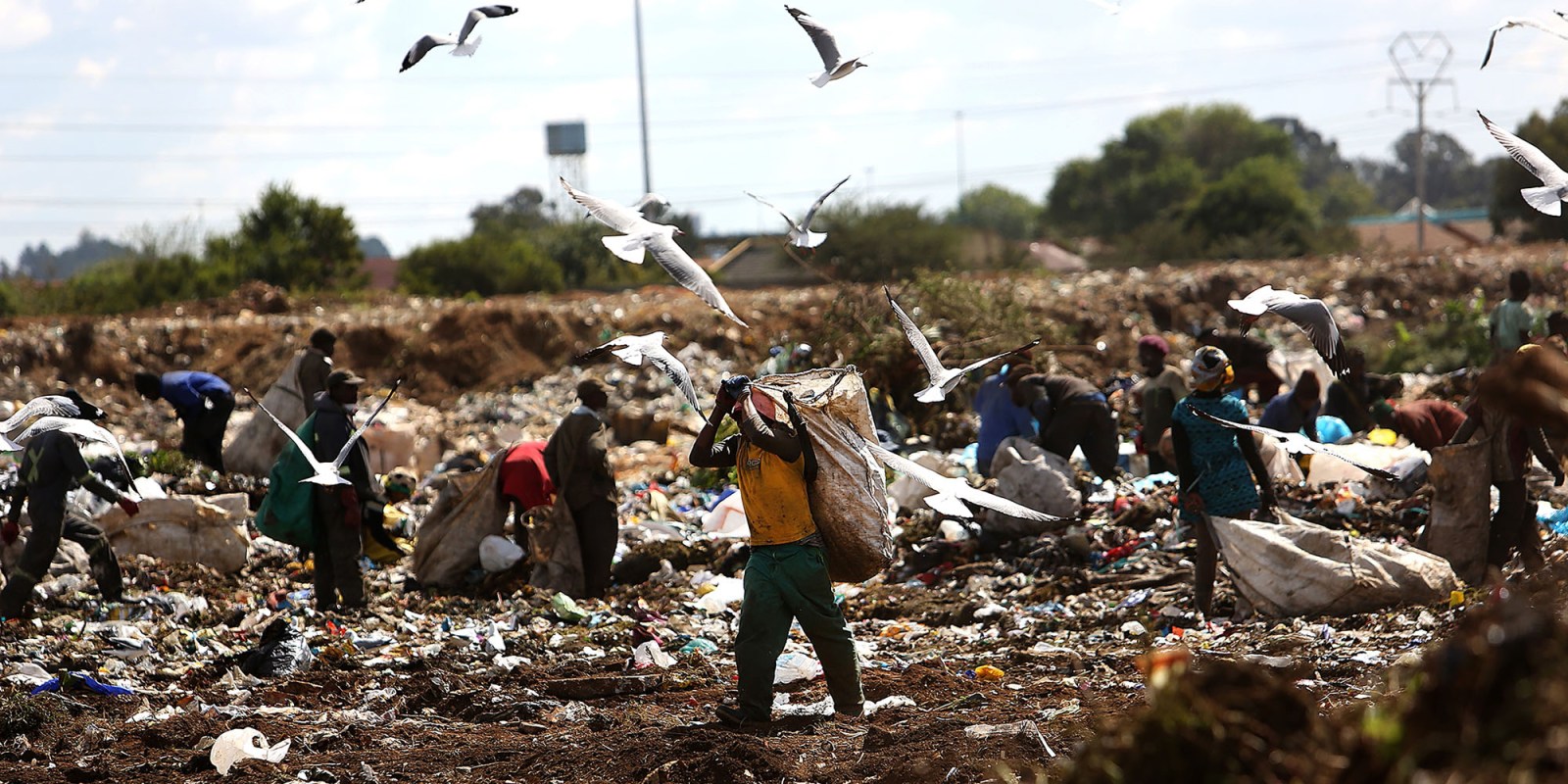 The City of Ekurhuleni has derailed food relief and support for waste pickers who live in the city, following a decision by the metro to centralise its food relief system.

The African Reclaimers Organisation (ARO) said about 400 food parcels have not been delivered to waste pickers who live in Makause – an informal settlement in Ekurhuleni, Gauteng –  as a result of the city’s questionable central food relief approach.

The City of Ekurhuleni launched the “central food bank” on Tuesday 14 April which will, according to the city, “be the single distribution point where relief donations [in the city] will be received,” according to a statement published by the metro.

Luyanda Hlatshwayo, a reclaimer and member of ARO explained to Daily Maverick that they had been scheduled to make food relief deliveries to waste pickers who live in Makause on Monday 13 April but were derailed by the city’s stance on the matter.

“We find ourselves in a situation where political leaders won’t allow us to distribute food in Makause without their involvement while our members are confronted with hunger,” he said.

The Department of Environment, Forestry and Fisheries (DAFF) started working closely with ARO and the South African Waste Pickers Association (SAWPA) to collate a database of all waste pickers who need to be supported during the pandemic.

There have been a number of reports documenting the plight of recycling reclaimers as a result of their initially being excluded from the Solidarity Fund relief support.

In Tshwane, 250 waste recyclers approached the Pretoria High Court to have their activities recognised as an essential service in order to enable them to continue with their work during the lockdown.

Hlatshwayo said ARO had managed to distribute more than 1,000 food parcels to waste recyclers in and around Johannesburg using a database that existed before the pandemic.

The organisation is concerned that the relief will not reach the beneficiaries it is intended for.

The City of Ekurhuleni claims that the food bank will distribute food relief through a “ward-based system”.

“The beneficiaries will be identified through a rigorous and transparent selection process,” it said.

The Democratic Alliance’s caucus leader in Ekurhuleni, Phillip de Lange, said he is worried about the city’s approach to food relief distribution.

“To say that any donation made to the city should go through the food bank first is very worrying.

“While it could be handled that way, I have seen a WhatsApp message already being circulated informing ANC members that they should send 75 members’ names in for food, so already it is becoming concerning that Covid-19 relief is being politicised.”

The City of Ekurhuleni was approached for comment on this matter and to provide clarification on the managing system that will guide the central food bank. The mayor’s spokesperson, Phakamile Mbengashe, has not responded to a number of messages sent to him by Daily Maverick.

Musawenkosi Chamane, a waste campaigner at Groundwork – a non-profit environmental justice service and developmental organisation – said concerns have been raised about the city’s approach to managing food relief, which seems to be targeted at excluding foreign national waste pickers.

“We got a report that the relief, especially in Ekurhuleni, they want to give it only to South Africans, which is unfortunate because some of those foreign nationals have papers to be in the country. And even if they don’t have papers, we don’t think that it should mean not to give them relief,” he said.

Papers submitted to the Pretoria High Court by the 250 Tshwane waste recyclers attest to the reality that many of the waste recyclers are foreign nationals, and this excludes them from any relief offered by the government.

The DAFF announced its relief measures for waste recyclers on Monday 13 April. The department said that during the course of the week 3,925 reclaimers will receive electronic vouchers that they can claim at specific retailers. By Thursday 9 April, the department said, 1,000 vouchers had been paid to individual recyclers through their mobile phones.

The department distributed a further 2,000 food parcels for waste pickers in Gauteng and more than 250 food vouchers in Sasolburg.

Hlatshwayo said although the government’s effort to assist waste pickers is gratefully acknowledged, they are frustrated with the culture of political leaders wanting to dominate and disrupt food relief distribution.

Chamane said, “It is a human rights concern that such exclusionary methods are being employed by the City. The relief should be for everyone and we will continue to engage with them. If the relief is facilitated by coordinators on the ground, it will be much more fair than if it is done by councillors.”

Hlatshwayo said although they have postponed deliveries to waste pickers in Makause, they will do their best to ensure that the relief is delivered, even though the city is restricting them. DM