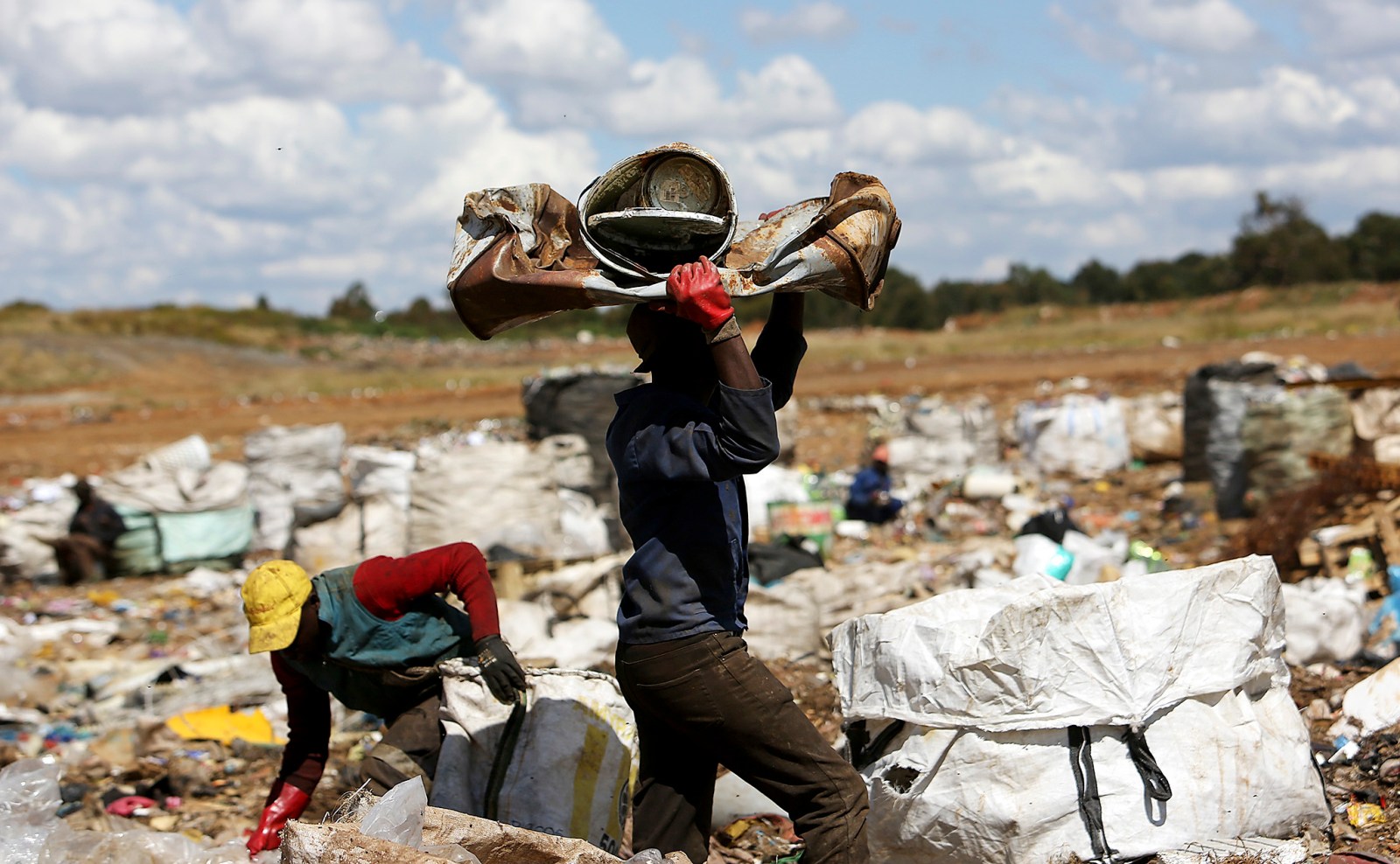 By shutting down their freedom of movement, hundreds of waste pickers who live in the City of Tshwane have also lost access to clean water, food and firewood. On 7 April 2020, the Pretoria High Court dismissed their application to be recognised as an essential service during the lockdown and be allowed to work.

On 7 April 2020, the Pretoria High Court dismissed an application by several groups of waste recyclers in the Tshwane area to be recognised as an essential service and be allowed to continue their activities during the lockdown – this despite a passionate plea by the groups that they have no water, no electricity, no firewood and were rapidly running out of food.

The application was brought by the Mushroomville Bagerezi (hustlers), Mooiplaas/Spruit Bagerezi, Clubview Bagerezi, Airfield Bagerezi and Kloofsig Bagerezi. They wanted the court to declare their recycling as an essential service that is exempted from regulations that are restricting movement on days that they are working.

In papers before court lawyers acting for the bagerezi, about 250 of them claimed they are faced with the real possibility of starvation if they are not allowed to carry on with their daily recycling and selling.

In March 2020, President Cyril Ramaphosa declared the outbreak of Covid-19 infections in the country as a national disaster. He then ordered a national 21-day lockdown, starting on 27 March 2020, where everybody is expected to stay at home, except for trips to buy essentials, see a doctor or in case of medical emergencies. Essential workers are allowed to work. This includes those working in refuse removal. Essential workers were issued with permits that allowed them to travel.

The bagerezi have asked the court to include them in this essential service, but also wanted a court order that the City of Tshwane must provide them with personal protection equipment and that they be allowed to sign their own permits since they are self-employed. They also wanted to be exempt from police and defence force checks on the days that they were working.

Legal counsellor for the Land and Housing Programme at Lawyers for Human Rights, Thandeka Chauke, said the court dismissed their clients’ application, but they have received instructions to appeal the decision. She said they were still awaiting a full judgement by the court as the matter was brought on an urgent basis.

In papers before court, one of the waste recyclers, Thebogo Ditshego, said the majority of the bagerezi were men and many were foreigners, and this excluded them from any social assistance offered by the government.

By Day 11 of the lockdown, they had still not received any assistance from the government.

Ditshego said for many of them, being in lockdown meant that they had no access to water as residents usually leave water for them with their rubbish or they are able to collect from facilities nearby. As a result, they haven’t bathed.

Their income is spent on food and they would cook on open fires, but they currently can’t move around to get food or wood. Ditshego added that because of the lockdown, food donations that were usually delivered to their homes have also stopped.

Ditshego said their work was heavily stigmatised and difficult, and sometimes dangerous to do, but it is what allows them to survive. “We are often perceived as criminals,” he said. “We are in fact a highly dedicated, organised and hard-working group of individuals,” he said.

He added that residents have threatened to report them to the police if they continue working during the lockdown.

He further explained that since 27 March 2020, the police and the defence force have prevented them from leaving their homes to do their work, asking for proof that they are an essential service.

The Minister of Cooperative Governance and Traditional Affairs, Nkosasana Dlamini-Zuma, said in papers before court that the lockdown “constitute sacrifices that millions of South Africans are prepared to make in order to save our nation”.

She said the National Command Centre took the decision that the bagerezi’s job does not entail waste and refuse removal services, but instead “the collection and sale of abandoned material”.

She said the bagerezi want to be “roaming the streets freely with the risk of spreading the coronavirus”, adding that they can seek relief under government’s social programmes.

The acting city manager for the City of Tshwane, Mavela Dlamini, said it was a “regrettable but unavoidable consequence of the [lockdown] regulations that many self-employed people and small business owners were prevented from engaging in their economic activity during the 21-day period … [The bagerezi] fall within the category of the self-employed and their lament at being unable to work and generate an income is undoubtedly shared by millions of South Africans who find themselves in the same circumstance.”

Dlamini said it was decided by the National Command Centre that the waste pickers should not be included in essential services.

“Due to the increased usage of specialised personal protection equipment like examination gloves and masks by the general public, there is a high probability of these medical waste items landing in general refuse and landfill sites which, in turn, creates a huge health risk for informal waste-pickers,” Dlamini pointed out, saying that the waste pickers did not have water and soap or protective equipment.

He said, as a result, the waste pickers were particularly vulnerable to Covid-19 exposure and infection.

“These groups clearly reside in close proximity to one another and this renders them particularly vulnerable to the rapid spread of Covid-19 through their communities if even a single person contracts the virus,” he said.

The Minister of Forestry, Fisheries and Environmental Affairs, Barbara Creecy said she was aware that there were hundreds of waste pickers who are experiencing situations of extreme hardship.

Creecy said an order would be applicable to all waste pickers countrywide and as a knock-on effect, the government will then also have to allow recycling depots to be reopened. “It will defeat the objectives of lockdown to flatten the curve,” she said. DM/MC