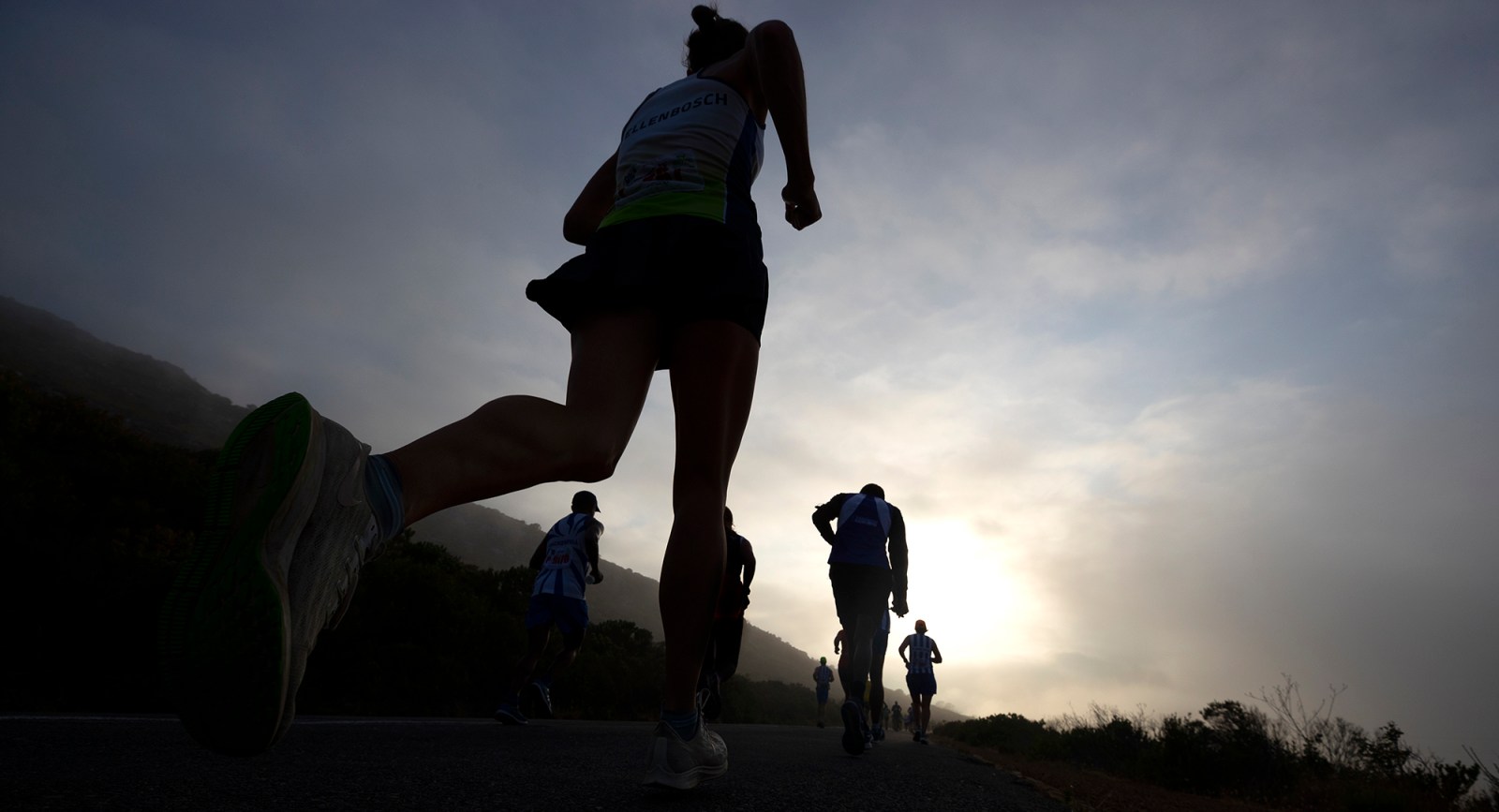 With South Africa entering its last week of official lockdown, the 2020 Comrades Marathon Association has admitted that the iconic race is ‘unlikely to go ahead’ on 14 June. But organisers have not yet officially communicated their decision on the race’s future due to the Covid-19 pandemic.

It takes an extraordinary amount of resilience to run the Comrades Marathon, the 90km race between Durban and Pietermaritzburg. It takes an equal amount of motivation and organisation to host the race, with thousands of moving parts all needing to come together on one day to make the experience for the approximately 27,500 runners a bucket list dream-come-true.

Of course, it also takes money and support to make it happen, which means sponsors, and broadcast rights. A cancelled marathon would result in a massive loss of revenue, which is why it is no surprise that the race has yet to be called off, or postponed because of Covid-19.

The Comrades Marathon Association (CMA) appears to be taking every available minute to make a call. It is almost certainly a vain undertaking because the Covid-19 virus is going nowhere quickly – all the data leads to that conclusion.

Despite the national lockdown that started on 27 March 2020, the CMA maintained its position that the race was still scheduled for 14 June 2020 even though participants would not easily be able to continue training under the strict State of National Disaster conditions. CMA quickly changed that stance after a backlash on social media.

“On behalf of the Comrades Marathon Association, I thank you for your patience and apologise for the extent to which uncertainty as to the status of the 2020 Comrades Marathon may have added to your burden of anxiety, over matters far graver than any road race, over the past month. A reminder that we have promised to put an end to the uncertainty by 17 April.

“Considering the ramifications of the 21-day national lockdown, and as Covid-19 numbers in South Africa and around the world continue to escalate, it is becoming increasingly unlikely that the 2020 Comrades Marathon will be staged on 14 June.

“CMA’s main considerations at this stage are to encourage runners to abide by and respect all aspects and directives of Government in relation to the National Lockdown, in particular to stay at home and do not run outside of one’s own property, as well as regard for the eventual safety, welfare and potential un-preparedness of runners after having experienced a three-week interruption in training, during the critical build-up to such a gruelling endurance race.

“With regard to possible postponement, which would require Athletics South Africa (ASA) sanction, the CMA Board is of the view that the race cannot be staged later than 4 October 2020 owing to climatic conditions.  Failing which the 2020 Comrades Marathon will have to be cancelled for the first and only time since World War 2 in the 99 year history of the race.

“We trust that runners will appreciate that within an extremely congested athletics calendar that is largely constructed around the Comrades Marathon, it is no easy task to identify an alternative date.

“Given the impact it will have on other road running fixtures, the availability of venues and other resources, climatic conditions, and other competitive sporting and entertainment events which are also looking for alternative dates and venues in the latter half of the year. As repeatedly stated, the decision will be announced by ASA in mid-April.”

The CMA’s stance has softened following its poorly timed communique on 16 March in which Winn stated the race would go ahead as scheduled on 14 June.

That statement angered sports minister Nathi Mthethwa, who on the same day, met with several sports federations to discuss the impact of Covid-19 on the sporting calendar.

“It was an irresponsible statement that was made earlier today by the Comrades Marathon that they will go on like nothing has happened,” Mthethwa said at the time.

“We want to reiterate that nothing will go on. Comrades Marathon will never go on.”

ASA chairman Aleck Skhosana confirmed to Daily Maverick on Thursday that no official statement about the future of Comrades Marathon 2020 will be made until President Cyril Ramaphosa informs the nation about the status of the lockdown in the coming days.

“We originally were going to make a decision on 15 April, but we have decided to wait for the president to address the nation about the status of the national lockdown,” Skhosana said.

“Remember as ASA, we are not only talking about the Comrades here, but all the races on our calendar. ASA has had to postpone a lot of races and championships, and we are all waiting to see what the situation is in the coming weeks.

“Only once President Ramaphosa has told us what the next steps are for the country, can we start making plans. The only thing that is certain about the coronavirus is that there is no certainty about anything at the moment.

“You can’t make a huge decision today, only to find tomorrow that you are wrong. So, we have to be guided by the policy and instruction from national government.” DM