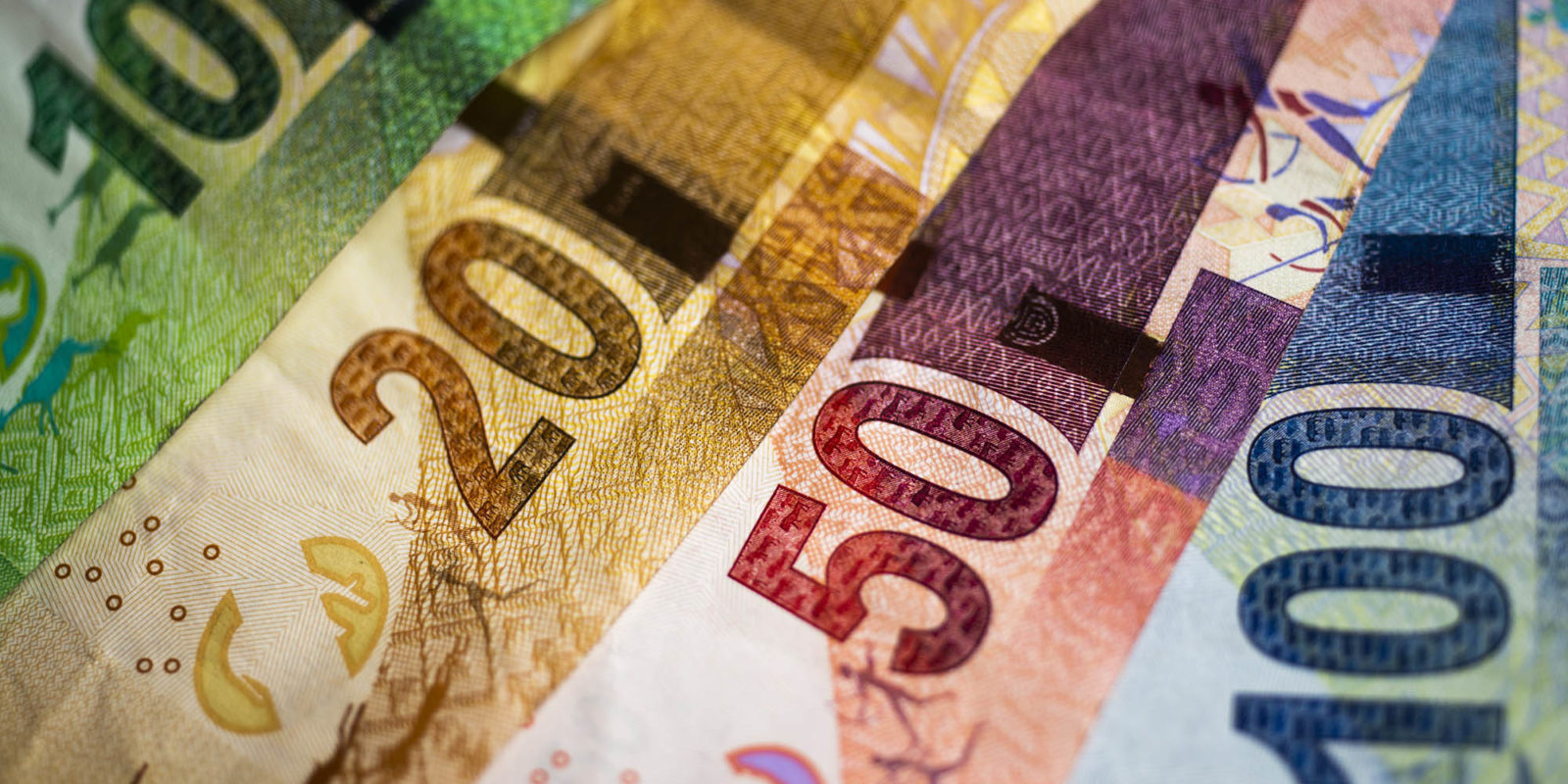 Now is the time for the institutions that provide services to be sharpened with the urgency that only a crisis can usher in, says the writer. (Photo: Waldo Swiegers / Bloomberg via Getty Images)

It was clear even before the pandemic that South Africa’s public finances were stretched, the public healthcare system in an appalling condition, and the general level of inequality extremely high. Tragically, these wounds will now deepen.

South Africa has now been shut down for a week. For the first time in our post-apartheid history, the entire nation has been forced to collectively tackle an international pandemic through collective national action. The South African government has shown strong leadership in staring down the crisis in the initial phase of the epidemic.

Some of the actions to cushion the economic impact on households include mobilising resources in the Unemployment Insurance Fund, the Skills Development Fund, the Temporary Employee Relief Scheme and the establishment of a Solidarity Fund. The national Budget will also be reconfigured. Other interventions include price controls, tax breaks, and legislation requiring employers to compensate for a month of work during the shutdown. Government has also committed to monitor and act against excessive pricing during the crisis.

The National Disaster Benefit will be the same amount as the R3,500 minimum wage, suggested to be paid through the employer for three months or the period of a company’s shutdown – whichever is shorter – after which the standard UIF provisions apply on a sliding scale over 12 months. In order to prevent SMMEs from crumbling, the government has allowed for business to delay tax payments. The Industrial Development Corporation, the Department of Tourism and the Department of Small Business Development have committed resources to SMMEs, but the nature of that support is not yet entirely clear.

These actions will help to ease the pain. That said, one cannot help but feel the chest tighten and skin crawl at the fact that these measures may not adequately cover all in need. A group of economists have mapped out, in a letter to the president, some of the necessary interventions to ensure that all South Africans and the economy that we live in following the pandemic survives.

It is clear that an orthodox response will not produce the outcomes that South Africa needs, as this is not a normal economic calamity. Creative and focused thinking needs to be aimed towards solving the unusual challenges that we face, especially because we are not operating from a position of strength. It was clear even before the pandemic that South Africa’s public finances were stretched, the public healthcare system in an appalling condition, and the general level of inequality extremely high. Tragically, these wounds will now deepen.

The South African Reserve Bank has taken two notable actions in the crisis. The first was when it cut the repo rate by 100 basis points from 6.25% to 5.25%. Some argue that this measure is the equivalent of squirting a water pistol during a full-blown war requiring heavy artillery; and that more aggressive interest rate cuts are needed. The rationale behind this call is that with the economy slowing to a halt, and low oil prices (although this price drop will be catastrophic for oil-producing African countries like Nigeria and Angola), there is little danger of inflation from interest rate cuts – and even if there is inflation, it would be worth the gains of economic survival. During these difficult times., individuals, businesses and government need the cost of borrowing to reduce through a lower interest rate in order to take out loans that will offer protection.

The second notable Reserve Bank action has been to buy long-term government bonds. Squabbles about whether this should be called “quantitative easing” are unimportant. What is important is the near-collapse of the South African bond market that was witnessed last week and the subsequent purchasing of these bonds by the Reserve Bank as a response. This is a first for the bank – signalling an expansion of its arsenal of monetary policy tools to soothe potential shocks in the bond market.

Before celebrating the survival of the bond market, we should note that this occurred before the ratings downgrade to junk status on Friday 27 March, and that there are serious problems in South Africa’s credit markets absent Covid-19. The sovereign downgrade now means that South Africa will be excluded from the World Government Bond Index, which will result in capital outflows by investors that require above-junk status to invest. This is concerning because about R800-billion or 37% of total domestic bonds are held by non-residents, according to National Treasury.

The combination of Covid-19 and South Africa’s credit rating downgrade by Moody’s last week will see a sale of bonds held by non-residents that may push the interest rate up on South African debt, in a time when the economy desperately needs lower interest rates to finance emergency measures. Needless to say, the SARB holds a massive responsibility at this point. These negative effects of the virus are not unique to South Africa, and most emerging markets will be hit hard, with international investors opting for assets in the dollar market over commodities markets in the developing world.

The story on the fiscal side of our macroeconomic story also fits into a narrative with a struggling protagonist. A major concern here is around how long the epidemic will last. At this point, the economy is not standing still, it is shrinking. The inactivity by businesses will result in less available tax revenue collection by the South African Revenue Service, and therefore fewer resources available for the government to spend on containing the impact of the epidemic in the short term.

The difference between a vaccine being found in 12, or 18 months has colossal implications for South Africa’s long-term fiscal stability. In the medium to long term, this will mean fewer resources available to allow the economy to recover. There is no doubt that there will be an increase in levels of unemployment and poverty in the years that follow if the Budget deficit is not adjusted and debt holidays are not negotiated by the government. The fiscal response by National Treasury will need to be especially pointed and effective in its implementation.

In the first phase, the emergency economic response will need to save lives and restrict the spread of the virus. In order to do this, resources in both the private and public healthcare systems will need to be mobilised. Infrastructure for water and sanitation is an urgent intervention in the first phase of response. People confined to their homes unable to work due to the lockdown will need economic support to survive. Businesses will also need to be supported if they are unable to pay workers, pay tax or meet debt obligations as a result of being shut down. If executed efficiently and with urgency, uncertainties and expectations will stabilise, allowing for targeted monetary and fiscal stimulus in a second-phase response. This will put the economy back into first gear, building the momentum necessary to deal with the consequence of this catastrophic shock for the long term.

The timing of the stimulus is important. Ihsaan Bassier and Adam Aboobaker correctly point out that outside of building capacity for the delivery of basic services, macroeconomic policy should not aim to be “expansionary” given the supply-side constraints of the economy. Instead, they argue that direct transfers from the rich to the poor should be the basis for disaster relief in the months leading up to the point at which the supply side is resuscitated. At this point, a fiscal and monetary stimulus will actually stimulate economic activity post-lockdown.

There are innovative and efficient ways to meet more than one demand with a single intervention. One example is expenditure aimed at accelerating the production of medical supplies and the production of goods and basic infrastructure that form part of the obligation we have for the provision of basic services.

Now is the time for the institutions that provide services to be sharpened with the urgency that only a crisis can usher in. There is a critical shortage of ICU facilities in our public healthcare system and only about half of all South African households do not have access to clean drinking water through household taps. There is an opportunity, for example, to build township infrastructure, for water and sanitation. Another opportunity exists in uniting the resources of the public and private healthcare sectors for the sustainable provision of universal access.

It is the time to figure out and implement with radical speed the provision of these basic services. These are important planning and delivery imperatives to respond to the crisis as well as to organise systems for provision when things finally settle. We need to urgently establish the administrative institutions that will account for all workers, in both the formal and informal sector. It means figuring out ways to develop social relations with precarious workers that are not tied to the state nor an employer.

In this moment of uncertainty, we must endeavour to create confidence by developing constructive solutions to meeting the needs of South Africans through strategic economic interventions. Well informed. Well thought through. Well planned, and most importantly well executed. DM

Kamal Ramburuth-Hurt is the co-founder of Rethinking Economics for Africa, and a researcher at the Southern Centre for Inequality Studies at Wits University.