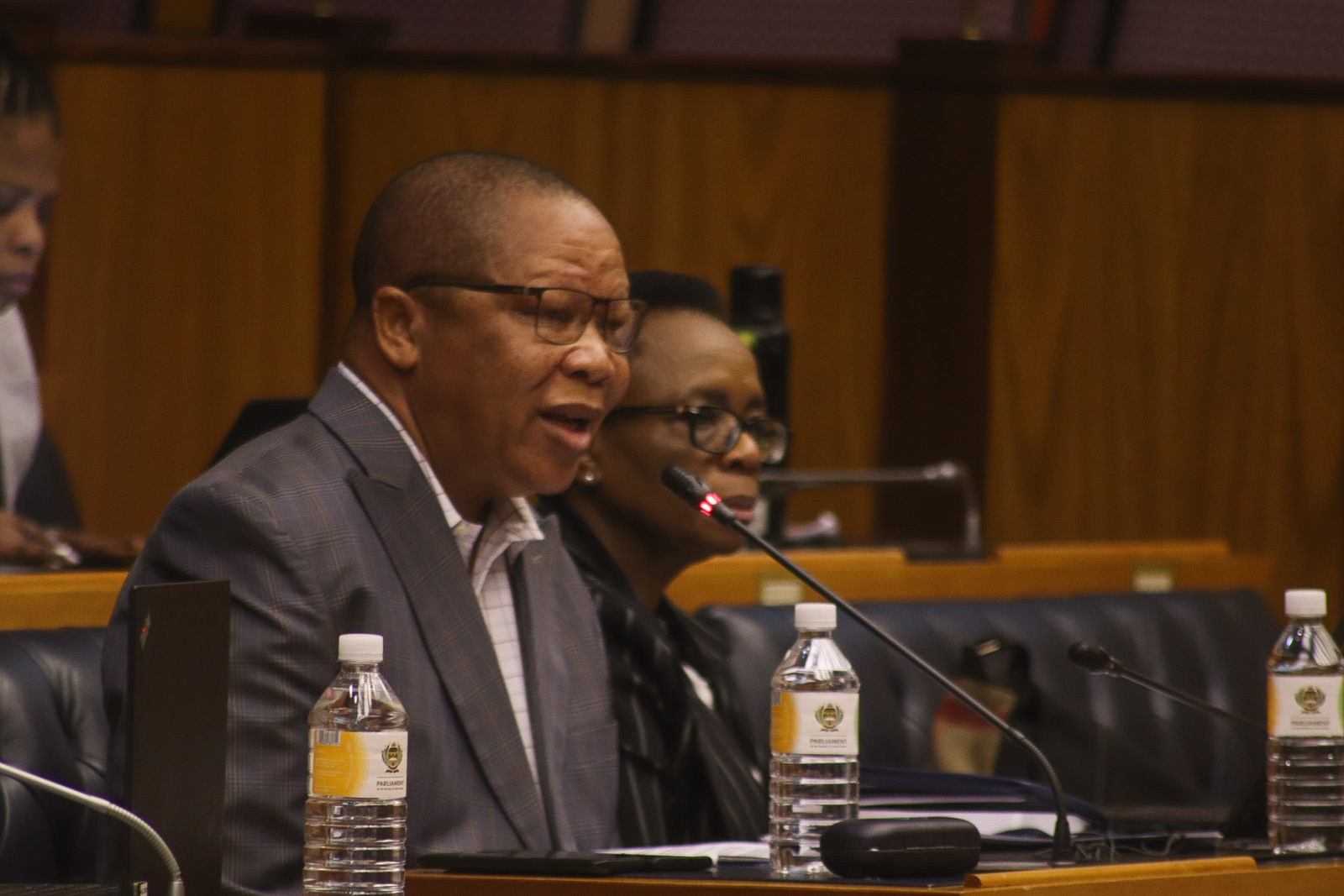 Alfred Nevhutanda will keep his position until November 2020.

The controversial tenure of the National Lotteries Commission (NLC) board chairperson Alfred Nevhutanda will end in November in terms of a “full and final settlement” agreement between him and the Minister of Trade and Industry, who has oversight over the Lottery.

It means that Nevhutanda will have served for 11 years in the position even though the Lotteries Act limits board members to serving for only 10 years.

The agreement ends a behind-the-scenes battle over Nevhutanda’s position that included him providing a legal opinion on why his term should be extended by a further year.

Nevhutanda’s term as chairperson of the NLC board has been marked by controversies, including exposés of incompetence, nepotism and alleged corruption involving the institution over the past two years.

His second term as NLC chair was due to end on 30 November 2019, Minister of Trade and Industry Ebrahim Patel confirmed in a recent reply to a written Parliamentary question posed by Dean Macpherson, the DA’s Shadow Trade and Industry Minister.

“Before the end of [his] term, the chairperson raised a number of concerns relating to the lawfulness of the determination of the period of his appointment and specifically the reasons provided, therefore,” Patel said.

Nevhutanda, he added, had “provided the Ministry with a legal opinion in support of his concern”.

“After considering the merit of the verbal and written representations made to me, and taking into account the advice of the Director-General of the Department of Trade and Industry, I concluded that it would be in the best interest of the National Lotteries Commission to secure a settlement and extend the period of appointment of the chairperson for a one-year period to 30 November 2020, with an explicit agreement that this was in full and final settlement of any claims that he may have or believe he may have,” wrote the minister.

Nevhutanda was re-appointed as the chairperson of the NLC board in 2017, despite DA objections on several issues, including that he was “politically exposed”.

But the ANC used its majority on the Parliamentary Portfolio Committee on Trade and Industry to secure his reappointment. And now the Minister has extended it by a further year.

“When you apply to be a board member, you apply for a term and a term is five years [which is] renewable if the minister appoints you again,” Nevhutanda told the committee.

Nevhutanda began his first term as the chairperson of the NLC in 2009. Two years into his term, he was embroiled in a controversy after it was revealed that Makhaya Arts and Culture, which employed his daughter, had received R41-million in Lottery funding. Nevhutanda denied that this constituted a conflict of interest as his daughter had only begun working for Makhaya Arts and Culture after it had applied for funding.

Before Nevhutanda was re-appointed for a second term, Macpherson opposed it on the basis that he had a “well-documented, scandal-ridden history”.

This “scandal-ridden history” included a R1-million grant in 2011 to Cosatu for its birthday bash and a R40-million grant to help pay for the National Youth Development Agency’s (NYDA) 2010 World Festival of Youth and Students which was dubbed the “kiss fest” because of what IOL described as the “large number of participants spotted kissing each other, and sleeping”.

The festival, which received over R100-million in funding, also got money from the presidency and from four premiers’ offices. Opposition leaders described the festival as a waste of money.

Macpherson also argued against the reappointment on the grounds that Nevhutanda was an unsuitable candidate who was “conflicted by political ideology”.

At the time the parliamentary committee re-appointed Nevhutanda (in 2017), chairperson of the committee Joanmariae Fubbs said that it was because “he came across as confident and had a clear vision as to how the current challenges facing the NLC should be addressed”.

The committee then recommended that Nevhutanda serve “the remainder of the legislative term” and not begin a brand new five-year term beginning from the date of his reappointment.

This meant that Nevhutanda’s term should have ended in 2019, but Nevhutanda told the committee: “I applied for the second term which is five years, I didn’t apply for two years.”

But in November 2019 Nevhutanda told the Trade and Industry Committee that he had no qualms about leaving the NLC.

“I think I’ve served the nation. If the minister says ‘Prof. your time has ended.’ I’ll also give him the answer I’m giving you, I’ll say: the term is five years but if you want me to leave now, I’ll pack my things and go. NLC is not my baby, NLC is not my home. I can serve anywhere where the country wants me to serve,” Nevhutanda told the committee. DM