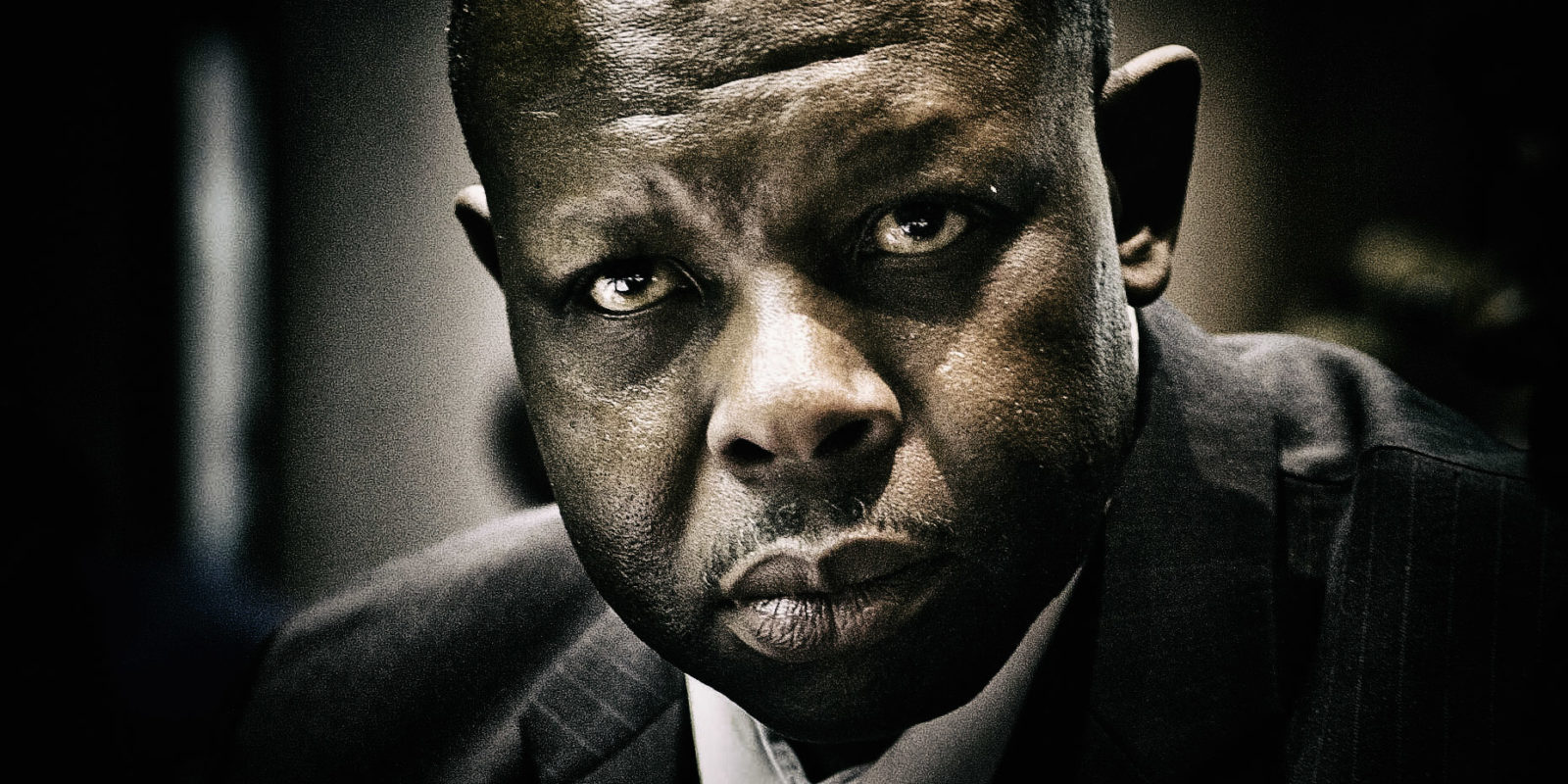 What really went down in the corridors, meeting rooms and chambers of the fraught Western Cape High Court Division between February 2019 and January 2020? A bundle of affidavits was couriered to the JSC this week, offering painful clarity on a still alleged assault.

While rumours of an alleged assault by Western Cape Judge President John Hlophe on fellow Judge Mushtak Parker had been circulating since February 2019, it was only when Deputy Judge President Patricia Goliath lodged her complaint with the JSC in January 2020 that colleagues felt roused to rally to her support.

For months there had been speculation among some judges in the division that some sort of physical altercation had taken place between Hlophe and Parker and whether this was true or just “mischievous gossip”.

Then, in January 2020, Deputy Judge President Patricia Goliath dropped a bombshell of a 14-page complaint with the JSC against her boss, Judge President Hlophe and his wife, Judge Gayaat Salie-Hlophe.

Goliath accused the judge president of misconduct, including the not-so-small matter of an alleged attempt to rig the bench. She also claimed he had assaulted a fellow judge in chambers.

Point one, assault is a criminal offence which carries a term of imprisonment. Point two, perjury too would surely be an impeachable offence if committed by a judge.

In her January 2020 complaint, Goliath did not name the alleged victim, but it is now widely known to have been Judge Mushtak Parker.

Parker has now found himself at the whirling centre of a revolt in the division, with almost 40% of judges refusing to preside with him. They have accused him of providing three conflicting versions of the alleged assault on him by Hlophe, thus bringing the judiciary into disrepute.

And to make matters worse for Parker, Judge Derek Wille, who had typed up the original account of the alleged assault as dictated to him by Parker on the day it had occurred, has now indicated he is willing to produce a copy of said affidavit should he be subpoenaed to do so.

Wille has included an affidavit to the bundle by fellow judges confirming for the first time, under oath, that Parker had told him he had been assaulted by Hlophe.

This could be a game-changer in the entire sordid and sorry saga.

The allegation of the assault on Parker and the veracity thereof should therefore form a key component of several inquiries that the Judicial Conduct Committee has been tasked with investigating in this specific matter.

Hlophe, in his response to Goliath’s accusation, has consistently flatly denied he ever assaulted Parker.

From the sheaf of affidavits, some more detailed than others and lodged with the JSC by the 12 judges, a clearer picture begins to emerge of what went on between February 2019, when the alleged assault took place, and January 2020, when Goliath filed her complaint, making it all public.

On 30 January 2020, at a lunchtime meeting convened by senior Judge Siraj Desai, judges had discussed the implications for the Division of the complaint lodged by Goliath and which had received wide coverage in the media.

On Judge Ashley Binns-Ward’s account, directly after the meeting, Judge Derek Wille “came unannounced to see me in my chambers”.

Binns-Ward had been talking in the corridor outside his office with Judge Leonard Bozalek when this had occurred.

“Judge Bozalek made to leave when Judge Wille came in but was asked by Judge Wille to stay and listen to what he had to say,” said Binns-Ward.

Wille, added Binns-Ward, had appeared “troubled by the import of certain remarks made at the meeting to the effect that any one of us with knowledge of the matters canvassed in Judge Goliath’s report had been under ethical duty to report it”.

It appeared, said Binns-Ward, that Wille had wanted to seek out the opinion of Bozalek and himself “on his ethical obligations in the circumstances”.

Bozalek, in his affidavit, set out how he had heard rumours during the course of 2019 but had paid these “little attention, not least because the reports I received were third or second hand”.

Bozalek explained that Wille had talked to him and Binns-Ward about how, on the day of the alleged assault, Parker had “come to his chambers in a shocked condition” and had told Wille that “he had just been assaulted by Judge President Hlophe”.

Wille had typed up an affidavit and it was agreed that Parker would keep the original while Wille would keep a copy. Wille, after the January 2020 meeting between judges, had remarked, said Bozalek, that if a judge lost his or her integrity he or she had “nothing”.

Judge Mark Sher’s affidavit reveals that he had “confronted” Parker in October 2019 about the rumour. Parker had, said Sher, “informed me that he was aware thereof and it was necessary for him to tell me what had actually happened”.

“He then informed me that the Judge President had assaulted him in his chambers by shoving him backwards against a cabinet, causing him to injure his back against a key, which broke in the process, and which resulted in him falling to the floor.”

Parker had said he had been “very upset” about what had happened and had informed Wille, “who had then prepared a statement in which the circumstances of the assault were set out, which statement was sworn to before a commissioner of oaths”.

It was clear, said Sher, that Parker had felt “humiliated and upset” by what had happened.

In closing, Sher revealed that Parker had told him he had been “called” to attend a meeting with the judge president and two other judges, judges Taswell Papier and Mokgoatji Dolamo, “at which time the incident was discussed and there was a ‘suggestion’ that he [Parker] should not proceed with any action in respect thereof”.

In revealing this, Sher has implicated judges Papier and Dolamo in an attempt to influence Parker.

Parker had at no point in his discussions, said Sher, ever stated that he had “misperceived” what had happened between him and Hlophe.

Judge Owen Rogers, in his affidavit, has said that because “of what Judge Parker has recently told the Judge President (ie that he agrees there was no assault), Hlophe JP in his affidavit [to the JSC] accuses Goliath DJP of making the allegation of assault recklessly, maliciously and in bad faith and of relying on reckless rumour and gossip”.

If there was no assault, said Rogers, there was evidence from multiple sources that Judge Parker had misled judges Goliath, Wille and “a number of other judges of this division into believing that there was an assault, resulting in the making of a damaging claim by Goliath DJP against the Judge President”.

In his principle affidavit, Judge Dennis Davis said the submission by all the judges now complied with the provisions of s143 (3) (b) of the Judicial Service Commission Act of 9 1994.

Davis said that the judges’ letter to the judge president had made it clear that “when the judge president responded to the complaint laid against him by the DJP (and in so doing he himself laid a complaint against the DJP) he denied in his affidavit dated 7 February 2020 that any assault had taken place in the chambers of Judge Parker as alleged”.

Davis said Hlophe had stated in his affidavit that Parker (although not identified in Hlophe’s affidavit) had “been shown this portion of the affidavit relating to him and he agrees with this version”.

“The net result of this is, as we point out in our letter, that Judge Parker has given diametrically opposed versions of the alleged assault. To the various colleagues already referred to, he has, over a period of many months, consistently described the event in some considerable detail,” said Davis.

It was important to emphasise that “Judge Parker persisted with this now recanted version as late as January 2020”.

“This stands in luminous contrast to his claim in his letter of 13 March 2020 that ‘very soon’ after the alleged assault he had come to a different conclusion.”

In confirming the contents of the judge president’s affidavit of 7 February 2020, said Davis, Parker had agreed that “no assault by the Judge President whatsoever took place in his chambers. He has therefore given three conflicting versions of the event, one of which, at least, is under oath.”

Davis said that while none of the complainant judges was aware “of precisely what occurred in Judge Parker’s chambers in February 2019, the fact that he has given conflicting version in relation thereto, in my respectful view, leads to the inevitable conclusion that Judge Parker has failed to uphold the integrity of the judiciary as he is obliged to do under Article 4 (a) of the Code and, further, that he has failed to act honourably in the discharge of his duties as he is required to do under Article 5 of the Code”.

“Integrity is central to an independent judiciary. Judicial dishonesty eviscerates the foundation of this key institution. Judge Parker’s conduct has unquestionably brought the judiciary into disrepute,” said Davis.

For this reason, he considered it his duty to persist in the complaint and requested the JSC “to investigate same expeditiously and take such steps as it considers proper in the circumstances”. DM

Marcus Low for Spotlight • 2 hours ago