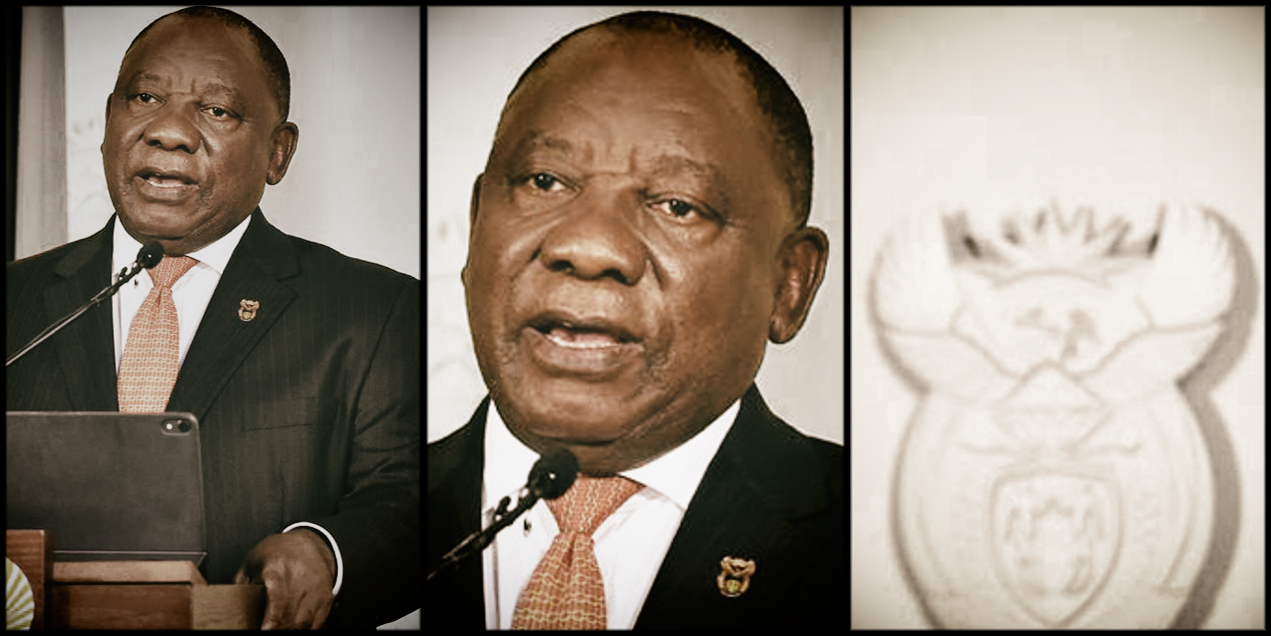 President Cyril Ramaphosa addressing the nation from the Union Buildings in Tshwane on government’s response on additional extraordinary measures to contain and combat the rapid spread of Coronavirus. (Photo: GCIS)

President Cyril Ramaphosa has announced a national shutdown from midnight on 26 March to combat the spread of Covid-19. All residents, except those working in essential services, will have to stay home for at least 21 days.

A nationwide shutdown will be imposed in South Africa from midnight on Thursday 26 March 2020 to combat the spread of Covid-19, announced President Cyril Ramaphosa at the Union Buildings on Monday evening.

Ramaphosa said all residents will have to stay home for at least 21 days to avoid the potential catastrophic spread of Covid-19 in South Africa.

“Individuals will not be allowed to leave their homes except under strictly controlled circumstances such as to seek medical care, buy food, medicine and other supplies or collect a social grant,” said Ramaphosa.

Workers in the public and private healthcare and medical sectors, emergency and security services, food production and supply industries, essential banking sector, and water, telecommunication and electricity industries will be exempt.

“In South Africa, the number of confirmed cases has increased six-fold in just eight days from 61 cases to 402 cases. This number will continue to rise. It is clear from the development of the disease in other countries and from our own modelling that immediate, swift and extraordinary action is required if we are to prevent a human catastrophe of enormous proportions in our country,” said the president.

“Those countries that have acted swiftly and dramatically have been far more effective in controlling the spread of the disease.

“As a consequence, the national coronavirus command council has decided to enforce a nationwide lockdown for 21 days with effect from midnight the 26th of March. This is a decisive measure to save the lives of South Africans from infection and save the lives of hundreds of thousands of our people,” said Ramaphosa.

“The nationwide lockdown is necessary to fundamentally disrupt the chain of transmission across society.”

He said the full list of workers exempt from the shutdown will be published soon and provisions would be made to allow them to get to their workplaces.

The president made his announcement amidst speculation over whether South Africa would follow countries such as China, Italy and Spain and implement a shutdown to prevent the spread of the virus.

Daily Maverick understands Ramaphosa made his announcement after hearing a proposal from his special adviser on social policy, Olive Shisana, for a 21-day national shutdown.

The proposal said only “essential personnel” and those requiring medical care would be allowed to leave their homes for restricted periods while others could leave “under strictly controlled circumstances”.

The proposal, much of which was reflected in the president’s speech, said hospitals, clinics, pharmacies and grocery stores would remain open. The plan envisaged an increase in screening and testing during the shutdown. Only main roads would remain open.

The president said screening and testing for Covid-19 would be increased during the shutdown. He announced a fund had been established, which businesses and private individuals can contribute to, to combat the spread of the virus. He thanked the Rupert and Oppenheimer families for committing R1-billion each.

Ramaphosa was expected to address the nation on Sunday after meeting the National Command Council but discussions continued late into the evening. He was then due to make a statement on Monday morning before it was delayed until Monday night.

The president was speaking just over a week after he announced a State of Disaster on 15 March 2020, when 61 cases of Covid-19 had been confirmed in the country. Health Minister Zweli Mkhize said South Africa had 402 confirmed cases as of Monday afternoon, an increase of 128 in a single day.

Regulations in the State of Disaster aimed at restricting the spread of the virus to avoid overwhelming the healthcare system included: a ban on gatherings of more than 100 people, limiting the opening hours and number of patrons allowed at restaurants and bars, making it an offence to spread misinformation about Covid-19, and allowing authorities to act if someone refuses to get tested, go into isolation or get treatment.

Foreigners from high-risk countries, such as Italy, Iran, China, the UK and US, have been banned from entering South Africa. The government said measures are being implemented to reduce the spread of infection on public transport, which reports suggest have been slow to be implemented, and events in sports and the arts have been postponed or cancelled.

Over the weekend, the number of confirmed Covid-19 cases in SA increased by between 34 and 58 a day before spiking on Monday. Prediction models from the South African Centre for Epidemiological Modelling and Analysis and the University of Witwatersrand suggest the rate of infections could rapidly increase if effective containment measures aren’t immediately implemented.

Gauteng and Western Cape have the highest number of Covid-19 cases, 207 and 100 respectively, as of Monday afternoon, but cases have been confirmed in each of the nine provinces.

The president also announced that the SANDF had been deployed to support the SAPS. He didn’t elaborate on the deployment.

“In the days, weeks and months ahead, our resolve, our resourcefulness and our unity as a nation is going to be put to a test as never before. I call on all of us, one and all, to play our part and our role as South Africans to be courageous, to be patient and above all to show solidarity and compassion to one another,” said the president. DM