New rules for fighting Covid-19: Limits on alcohol sales, fake news becomes a crime and hoarding to be outlawed 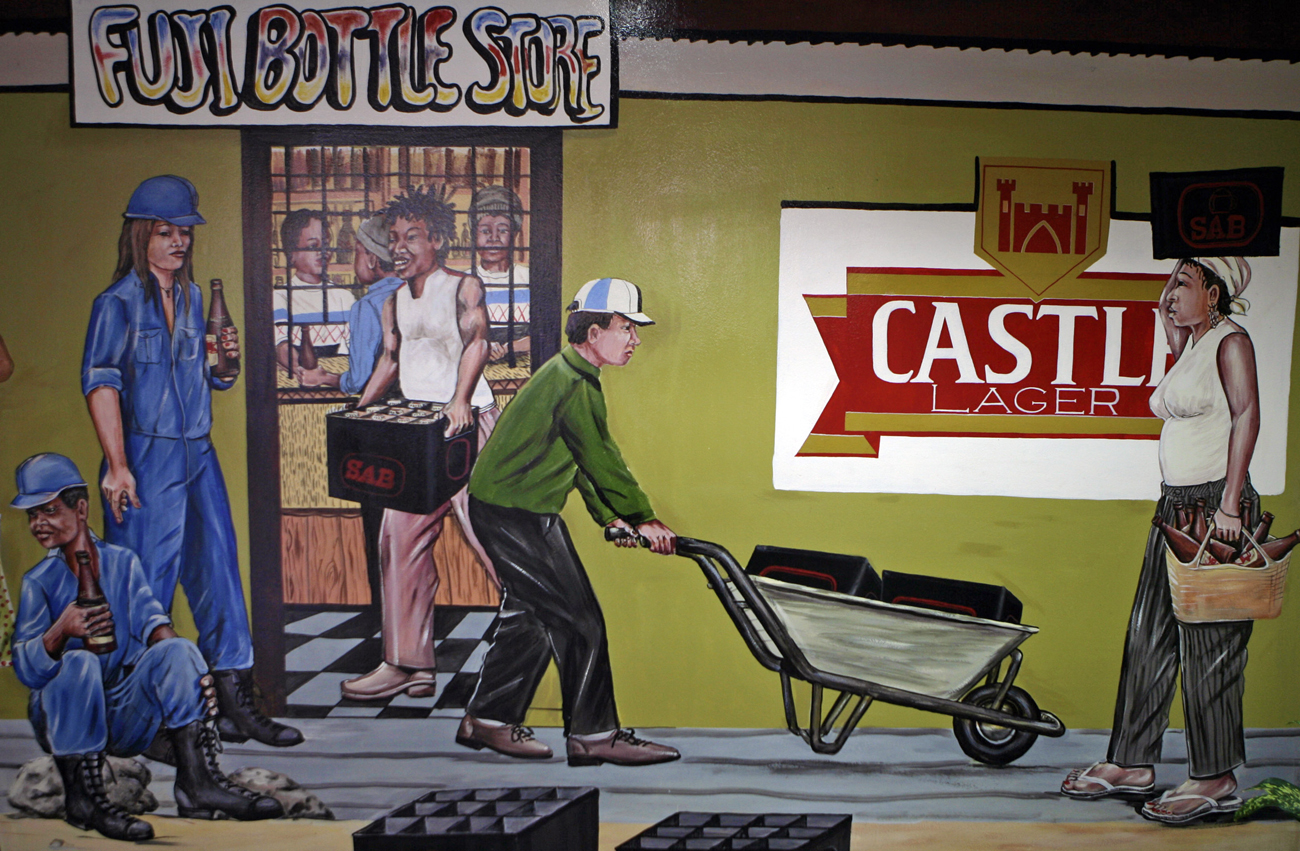 Regulations to limit alcohol sales, prevent the spread of fake news, ensure gatherings remain small and to stop price hikes have come into effect as the South African government digs in to fight the spread of the Covid-19 virus.

Minister of Co-operative Governance and Traditional Affairs Dr Nkosasana Dlamini-Zuma said at a press conference on Thursday 19 March that after the Covid-19 pandemic was declared a national disaster, regulations had to be drawn up to make sure that measures to curb the spread of the virus can be enforced.

Contravening the regulations will carry penalties of imprisonment of up to six months or a fine, or both.

There are presently 150 identified cases of the virus in South Africa.

The regulations make it a crime to either knowingly infect another person with Covid-19 or spread fake news about the pandemic in South Africa.

Dlamini-Zuma said some of these measures had already been put into operation through existing legislative measures such as imposing a travel ban on foreign nationals from high-risk countries, the cancellation of visas; the issuance of travel advisories and alerts; travellers undergoing high-intensity screening; the closure of 35 land and two seaports of entry and the prohibition of non-essential travel outside the country for all spheres of government.

She said the Ministers of Health, Justice and Correctional Services, Basic and Higher Education, Police, Social Development, Trade and Industry, and Transport have been designated to issue directions, where needed, to prevent and combat the spread of Covid-19.

“These regulations are a rule of order which have the force of law, they are prescribed in terms of the Disaster Management Act and they enable departments to direct certain actions under matters which fall within their legislative mandate… They enable us as government to focus on preventing a disaster and where applicable reduce the risk of disasters, they activate government’s capacity emergency preparedness regime, which must be rapid and effective,” Dlamini-Zuma said.

She said some regulations deal with the releasing of resources and places of quarantine and isolation that must be identified. Another dealt with the closure of schools and care facilities until April 15 or longer, if it is deemed necessary.

One of the regulations, she explained, is to prevent and prohibit gatherings of more than 100 people and the assembly of more than 50 people where liquor is sold and consumed.

“The regulation also makes provision for powers of an enforcement officer to disperse a gathering, or in some cases to arrest and detain the organiser of a gathering,” Dlamini-Zuma said.

She said another regulation makes provision for the unlikely scenario where a person refuses to (self) quarantine or (self) isolate. The person may then be placed in isolation or quarantine for a period of 48 hours, as the case may be, pending a warrant being issued by a magistrate, on application by an enforcement officer, to perform the medical examination of a suspected or confirmed case.

She further explained that there was a 30-day ban on visiting prisons, remand detention facilities, holding cells, military detention facilities, facilities run by the Department of Social Development, child and youth care centres, shelters and treatment centres. She said this period may be extended if necessary.

The regulations also limit the hours during which alcohol may be sold or transported and stipulate that premises selling liquor, including shebeens, clubs and restaurants, will not be allowed to accommodate more than 50 people at a time. Dlamini-Zuma said that no special liquor licences or event licences will be approved while the disaster declaration is in place. Establishments will also have to close from 6pm to 9am and at 1pm on Sundays and public holidays.

The Minister of Police, Bheki Cele, said he wanted to make sure that the public understood that these regulations will be strictly enforced.

“You can’t get permission to increase the number of people at a funeral from the police. It is 100. We are not going to water it down. Don’t pass by the police station. Go straight to the funeral.

“These are not negotiations. It is the law. As we speak we are putting together a response team. We will deal with the organisers of gatherings if you break the law,” Cele said.

He said the police will also enforce the closing times for shebeens and other establishments selling alcohol. “You can still eat after six in a restaurant, but there will be no alcohol. You will only be able to drink in your own house. Nowhere else. Anybody who sells or consume alcohol outside the allowed time frame will be punished.”

The 50 patrons allowed in establishments selling alcohol might be adjusted downward.

“It might still be too big. It will all depend on how you behave,” Cele said. He said officers at community service centres countrywide will receive personal protective equipment, including masks. “We want to keep them safe too.”

Minister of Trade and Industry Ebrahim Patel said they were carefully watching the impact that the Covid-19 outbreak had on the economy.

“Our key concern now is to save lives. We will have to work together to rebuild the economy. We will work closely with the private sector and have received many pledges of support and partnerships.

He said they had relaxed parts of the competition legislation to allow private hospitals to co-ordinate their activities and share beds, medical supplies, doctors and nurses without facing charges of collusion.

“We are ensuring that the supply chain remains strong. Factories have reported that production is stable and farmers have promised a bumper maize crop,” Patel said.

He said they had seen panic buying tapering off in the past day.

“We have received anecdotal evidence of price spikes for products like face masks and hand sanitiser. We are appreciative of those who remained calm.”

He said they have had excellent co-operation from the major retailers who had committed themselves to no unjustified price increases.

Patel added that they had issued directives to deal with price hikes and the stockpiling of goods to ensure fairness. He said breaching these rules would attract penalties of up to a fine of R1-million, up to 10% of annual turnover or 12 months in jail.

“We welcome the solidarity and the positive response,” Patel said.

Dlamini-Zuma said the availability of water and soap was a serious matter and national government was working with the municipalities on this. She said in the short term, Jojo tanks and water tankers would be used to get water to struggling communities.

“The water issue is being given a very high priority.”

Dlamini-Zuma cautioned that South Africa had not really seen a “pandemic” yet and that stronger regulations will be promulgated if this happened.

“If we see there is a problem in a town or a city, we will strengthen the regulations for that area,” Dlamini-Zuma said.

There are no provincial regulations.

Thembinkosi Bonakele, the commissioner of the Competition Commission, said they had created the exemptions for the healthcare sector to make it possible for them to respond to the crisis.

“We are worried about excessive pricing and we are working closely together to stamp out such conduct. We have power to prosecute and we have regulations to enforce during this crisis period. This would be for price increases without justification. We are watching for those, but we are dependent on the public to inform us if they see any.

We will be using a toll-free number or inform us on the website. Cases will be investigated and prosecuted on an expedited basis. When retailers face unusual price increases from suppliers they should also inform us,” Bonakele said.

Thezi Mabuza from the National Consumer Commission said they would also focus on unfair pricing and make sure that consumers had access to basic supplies. She said they had created a toll-free number, 080 0014 880, and a Twitter handle @ncccovid19 for consumers to report any cases.

“Please don’t hoard,” she said. “If your neighbour’s hands are not clean it won’t help any of us.” DM