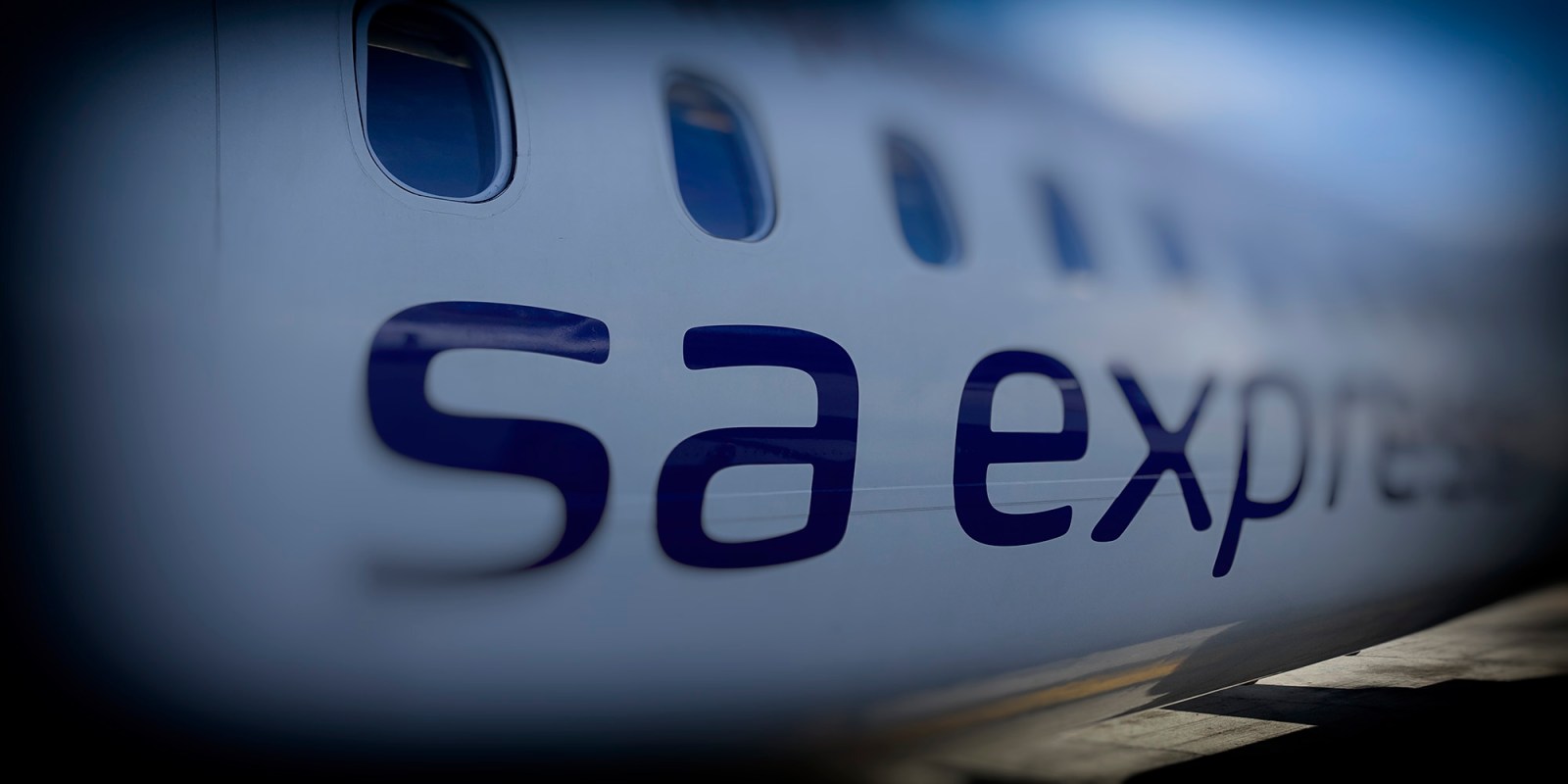 The Department of Public Enterprises and appointed business rescue practitioners of SA Express, Phahlani Mkhombo and Daniel Terblanche, are at loggerheads about how the state-owned airline should be restructured. The department has presented an alternative business rescue plan drafted by SA Express management to the National Treasury for funding – excluding the appointed rescue practitioners from this process.

In an unprecedented business rescue move, the Department of Public Enterprises has forged ahead with an alternative process to save SA Express from collapsing that excludes the rescue practitioners appointed to the struggling state-owned airline.

This is because the department holds a sharp difference of opinion with rescue practitioners Phahlani Mkhombo and Daniel Terblanche over the duo’s work in the past month to restructure SA Express, the state-owned airline whose flight routes typically serve smaller cities in SA and neighbouring countries as a feeder to South African Airways (SAA).

The department has decided to work with SA Express management to draft a business rescue plan, a parallel process that has not included the appointed rescue practitioners. The plan was presented to the National Treasury by the department on Thursday 12 March 2020 for the release of between R438-million and R691-million in funding, which will enable SA Express to continue while a final business rescue plan is put in place. The funds will be in the form of a government guarantee, which will enable SA Express to solicit more funding from commercial banks. Treasury is yet to approve the plan and associated funding.

Kgathatso Tlhakudi, the acting director-general of public enterprises, said the department’s relationship with Mkhombo and Terblanche has broken down and seems irreparable – putting it on a collision course with the rescue practitioners over the affairs of SA Express.

“We cannot wait until the business rescue practitioners have figured things out. We have to move and ensure that we get funding for SA Express,” said Tlhakudi in an interview.

SA Express was placed under involuntary business rescue by the High Court in Johannesburg on 6 February 2020 after a court application by the airline’s former service provider and now creditor, Ziegler SA. Through the court process, Mkhombo and Terblanche were nominated by Ziegler SA as interim business rescue practitioners, and their official appointment was approved on 20 February 2020 by a majority of SA Express creditors.

Tlhakudi said although the department has made peace with SA Express being under business rescue, it still has reservations about Mkhombo and Terblanche leading the airline’s day-to-day management and restructuring. This, he said, is because Ziegler SA didn’t consult the department about the nomination of Mkhombo and Terblanche, who both “don’t have aviation skills”. Arguably, business rescue practitioners are usually not experts of the industry in which the company they are restructuring operates and rely on the assistance of experts they hire for the rescue team.

At the heart of the dispute between both parties is the delay in the release of funds from Treasury.

SA Express is racing against time as its financial situation is dire and without the government guarantee, the airline is fast running out of cash to fund aviation operations and pay March salaries to its 691 employees. The airline might be forced to ground its entire operation by April 2020 and go into liquidation, which involves selling its assets to pay creditors.

Tlhakudi said Mkhombo and Terblanche have not presented a credible business rescue plan despite several meetings that have been held since February 2020 with the duo involving department officials and SA Express management.

Mkhombo and Terblanche have suggested two options for restructuring SA Express; winding down SA Express operations, or the introduction of strategic equity partners in the airline. On the latter, the duo has already encountered four companies that are keen to inject capital in SA Express, among them, Air Mauritius.

Tlhakudi said the two options don’t go far enough, as the rescue practitioners have not included plans on reviewing SA Express’s fleet of planes in line with its route network, contracts with suppliers of fuel, dealing with liquidity issues and cutting costs.

“At SAA (also in business rescue) for example, we had a draft business rescue plan that we at least could work with to financially support the airline.”

After the department adopted this stance, talks with the SA Express rescue practitioners collapsed.

Mkhombo and Terblanche have accused the department of frustrating their efforts to restructure SA Express by deliberately delaying the release of the government guarantee.

Nonny Mashika, a director of aviation at public enterprises, said the alternative rescue plan is based on getting more SA Express planes in the air to service routes and concluding talks with two interested strategic equity partners.

“For SA Express to be able to take care of its fixed costs, it needs 15 aircraft operating. We will review the route network to allocate capacity on routes that will make us money,” she said. Before SA Express was placed under business rescue, it had seven operating planes, but now has three because aircraft lessors have grounded some planes due to outstanding payments.

Mashika inferred that there might be no job cuts, saying SA Express is “right-sized” in terms of the number of current employees (about 690) for an airline that plans to have 15 operating planes. DM/BM