Hypocrisy in the time of Covid-19 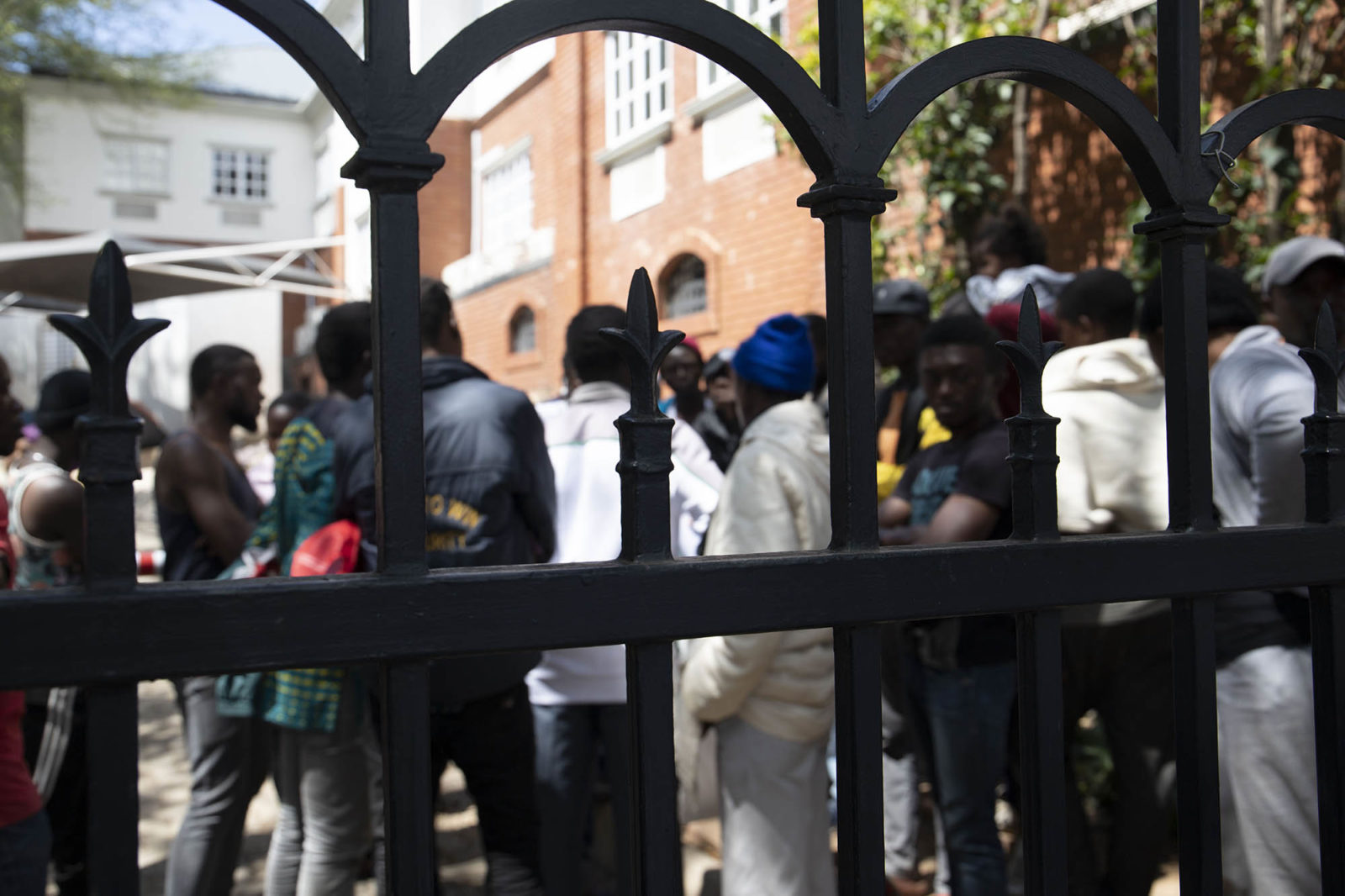 It is essential that South Africa effectively includes foreign migrant populations in its programming in the fight against Covid-19, says the writer. (Photo: Chanel Retief)

The sanctimony of moving from blaming foreign migrants to now rendering them invisible in a critical public health moment will have implications for our response to Covid-19.

This dangerous, xenophobic and racist rhetoric positions certain migrants who have travelled across the country’s borders as “contagious” and as importers of infectious disease. This scapegoating, in addition to the various structural challenges faced by foreign migrants (including difficulties in accessing the documentation required to be in the country legally), has resulted in a plethora of negative outcomes that affect everyone in South Africa. One such result, of particular importance in the time of Covid-19, is the challenges that foreign nationals reliant on the public healthcare system face when trying to access the services to which they are legally entitled; we need to think carefully about the implications of this for an effective national, and regional, response to Covid-19.

Numerous evidence-informed calls have been made for ensuring that migrant and mobile populations are included in the development of responses aiming to achieve universal health coverage in South Africa, the Southern African Development Community (SADC), and globally. Such calls are about far more than the right to good health; they are about implementing a public health approach that will address the political and social determinants of poor health, including those that result in poor access to healthcare. In turn, such a public health approach aims to support the goal of improving health for all.

The fear, however, is that South Africa and SADC may now experience the public health consequences of xenophobia, racism and blame.

South Africa is currently making difficult decisions about how best to “flatten the curve”, determining the most appropriate interventions to slow down the spread of Covid-19 and protect the most vulnerable in our society.  Yet there is a notable absence of visible engagement with the very population who have, until now, been unfairly placed at the forefront of many South African debates relating to a struggling public healthcare system and a high prevalence of communicable diseases, notably HIV and TB.

This hypocrisy – of moving from blaming foreign migrants to now rendering them invisible in a critical public health moment – will have implications for our response to Covid-19. It is essential that we effectively include foreign migrant populations in our programming. A failure to do so risks devastating impacts not only for foreign migrants, but for all in the South and southern African population as a whole.

Don’t get me wrong: I think that the National Institute for Communicable Disease (NICD) is doing a stellar job in a difficult time. But this is about more than the role of the NICD alone. We need to follow the advice of Dr Tedros Adhanom Ghebreyesus, Director-General of the World Health Organisation (WHO) and enact a “Whole of Government, Whole of Society” approach.

And this includes the Department of Home Affairs thinking carefully about its role and responsibility in the time of Covid-19; for example, what are the public health implications of DHA’s approach to border management and requirements for asylum seekers to renew their permits every 3-6 months?

With Dr Aaron Motsaledi in place as the minister of home affairs – a former minister of health and medical doctor – this should be an obvious way to go, but recent history has told us otherwise and it is now time to turn the tables. We need SADC member states to be bold and develop regional responses. Now is not the time – we don’t have the time – for diplomacy. Political differences in what a regional health approach should look like need to be set aside in order to ensure we have cross-border Covid-19 responses in place.

A public health approach is not only relevant in the time of an epidemic, it is based on principles of justice, equity and respect.  Now, more than ever, we need to enact these values. We need to target interventions to those who have been left behind. Evidence generated over the past few decades, which has been regularly communicated and shared with key decision-makers, service providers, and the wider public, clearly indicates that there are populations in South and southern Africa who have been left behind in our public health planning. This includes certain groups of foreign migrants, sex workers and others working in the sex industry, and members of the LGBTQI+ community.

In addition, we know that while there have been gains made – mostly attributed to the actions of civil society and public health advocates – in the provision of health interventions to residents of informal settlements and hostels, as well as to those who are incarcerated in prisons and within the Lindela detention centre, we know that these populations remain left behind in our preventative and curative health responses.

HIV and TB are concentrated in these spaces, the result of persistent structural and political determinants of poor health, placing these populations at an increased risk of the worst health outcomes associated with Covid-19. People reliant on overcrowded public transport and housing solutions can do little to effectively practice social distancing or self-isolation. It is especially ironic that – among other groups – the very population who, until now, have been considered responsible for poor health in South and southern Africa are being left-behind: foreign migrants.

Whether the apparent lack of consideration of foreign migrants is a result of their continued exclusion in public health planning, or due to the initial cases of Covid-19 identified in South Africa being imported from outside of the African continent, is irrelevant. Perhaps the tables have turned and recognition of the ways in which international tourist travel can be associated with the spread of infectious diseases has been brought to light, challenging and perhaps even silencing, at least for now, the pervasive blaming of foreign migrants for the health challenges faced in South Africa. DM

Jo Vearey is an Associate Professor and Director of the African Centre for Migration & Society (ACMS) at the University of the Witwatersrand.  She is also Vice-Chair of the Migration Health and Development Research Initiative (MHADRI).