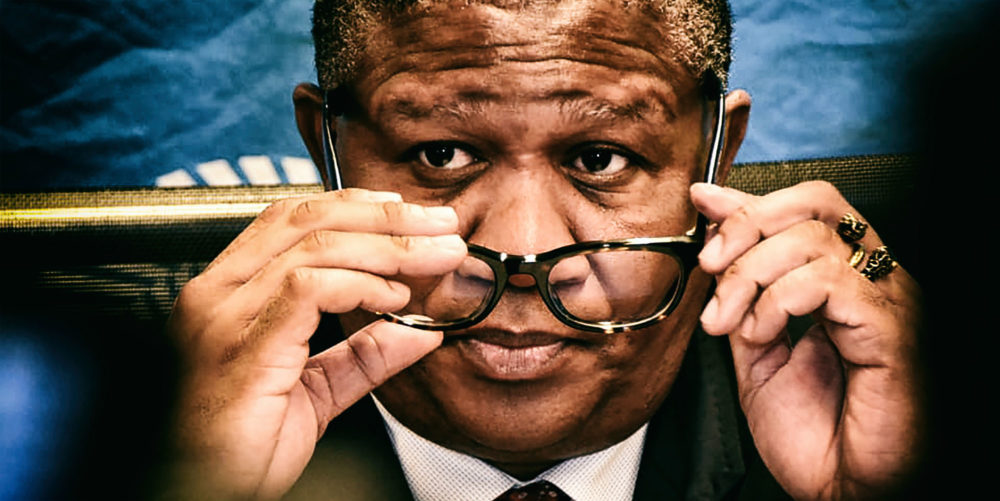 Transport Minister Fikile Mbalula’s appointment of Prasa’s administrator, Bongisizwe Mpondo, will come under the spotlight at the Zondo Commission – but Mbalula insists he hasn’t been notified.

Early on the morning of Thursday 12 March 2020, Transport Minister Fikile Mbalula sent out a statement to say he was surprised to learn through the media that he has been implicated by a witness, Khanyisile Kweyama, at the Zondo Commission of Inquiry into State Capture. Kweyama was the chairperson of the interim board of the Passenger Rail Agency of South Africa (Prasa) which was dissolved in November 2019 to make way for Bongisizwe Mpondo, who had been appointed by Mbalula to fix the “broken” state of the entity.

Mpondo’s appointment has been labelled unlawful by activist coalition #UniteBehind, which has asked the Western Cape High Court to declare the decision unlawful and force Mbalula to appoint a permanent board within three months. The application will be heard on Tuesday, 17 March in Cape Town.

Kweyama and her interim board were appointed by former Transport Minister Blade Nzimande in March 2018, but the board was dissolved after a disastrous Scopa appearance in Parliament in November 2019 where Mbalula – who became minister following the May 2019 elections – was present. On several occasions – where this reporter was present – Mbalula stated that the board “couldn’t answer questions in front of me” and had “embarrassed me before Scopa”.

On Wednesday the Zondo Commission heard from evidence leader Advocate Vas Soni that Kweyama is due to testify on governance issues and Mpondo’s appointment. Mbalula, being directly implicated in Kweyama’s testimony, along with others implicated, had been informed that they were mentioned, said Soni.

But Mbalula denied this, saying that he had not been informed of his implication, labelling this a “worrisome development”. He added in his statement, “I remain ready to present myself before the commission, in line with due process and put paid to the lies and slander Ms Kweyama intends to present”.

This is not the first time Mbalula’s appointment of Mpondo has come into question. On 25 February, Mbalula and the Director General of the Department of Transport, Alec Moemi, came under fire from MPs at the Transport Committee who questioned the legalities of hiring Mpondo.

Soni started off Thursday morning’s testimony at the commission by addressing Mbalula’s claims.

“Apparently Minister Mbalula was complaining this morning on radio that he had not received the affidavits in which comments about the dismissal of Ms Kweyama’s board (were made). Mr Chairperson, I have been told and I have proof here that in respect of Ms Kweyama’s affidavit, that affidavit was in fact served on Mr Mbalula through an email address which the commission had used previously and about which there have been no complaints,” said Soni, referring to Mbalula’s previous stint at the commission over his time as Minister of Police.

Soni explained that while the three notifications were served on the known email address, investigators found another email, to which all the affidavits were sent.

“At the end of the day, Mr Chairperson (Judge Raymond Zondo), we do not want to be side-tracked from the matter – there has been a communication between the commission and the ministry’s office, and all the affidavits that were served on that address we forwarded to the ministry and they appeared to have confirmed that at least this morning (12 March) they have received it.”