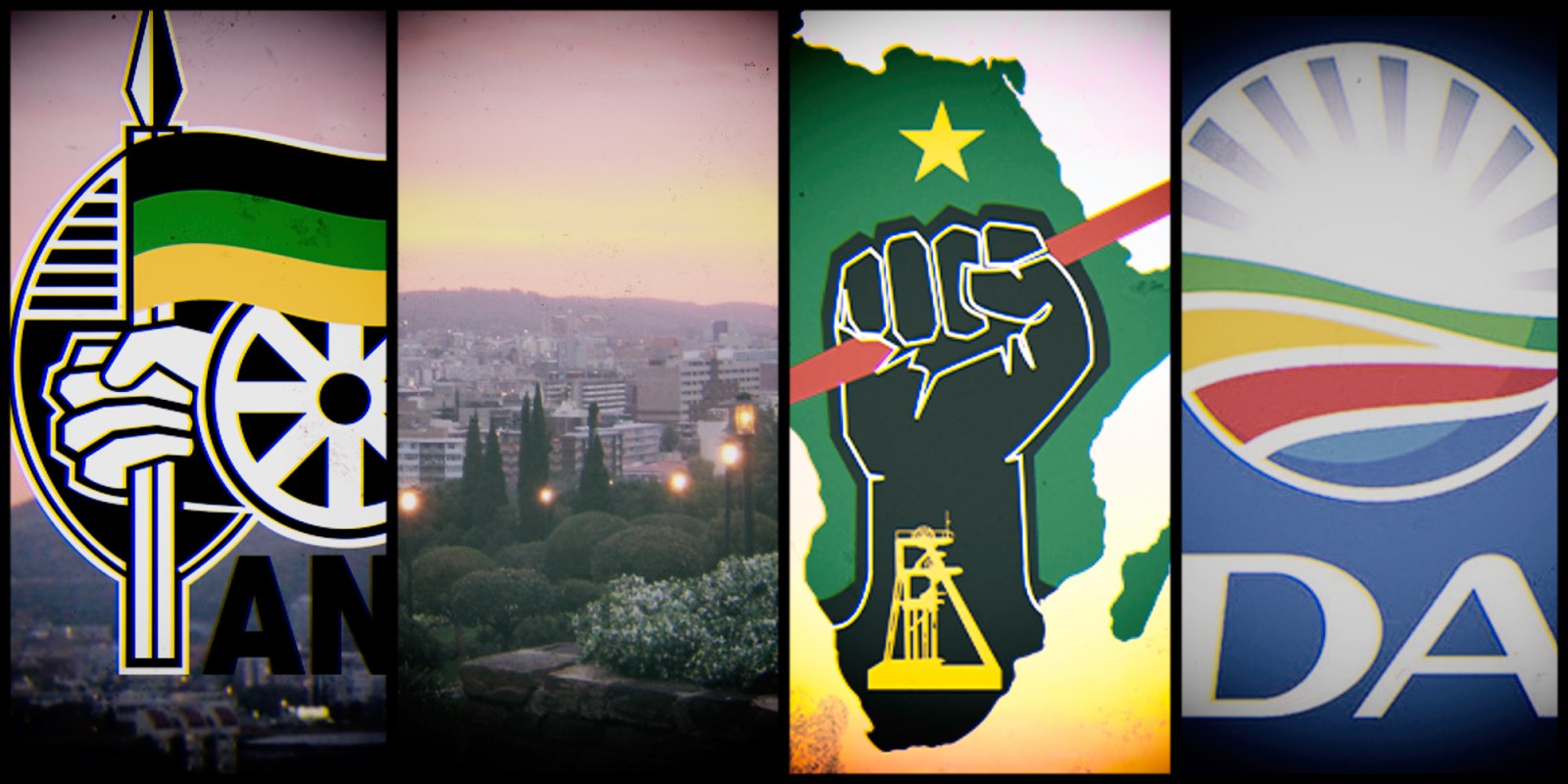 The EFF and the ANC demanded that City of Tshwane Speaker Katlego Mathebe resign before a new mayor is elected. However, the DA has argued that Mathebe’s right to hold office had been upheld by the courts. (Image: Flickr / Undone | ANC, EFF and DA logos)

Yet another City of Tshwane council meeting collapsed on Thursday when both the ANC and EFF walked out after Speaker Katlego Mathebe refused to heed their requests and resign.

After all the confusion surrounding the future of the City of the Tshwane, the day had finally arrived where it was expected that a mayoral election would be held to determine who the new executive mayor would be.

But from the outset, the Economic Freedom Fighters (EFF) and the African National Congress (ANC) were adamant that Speaker Katlego Mathebe needed to step down following allegations that she abuses her powers.

“I am not about to resign,” Mathebe said. “I do not have a reason to resign.”

The DA said this was a “delay tactic” by the EFF and ANC as they had “not come together yet” to decide the Tshwane mayoral candidates for their parties while the DA had already elected former MMC for Economic Development, Randall Williams, as their mayoral candidate.

“Now they are playing for more time,” DA Gauteng Provincial Chairperson Mike Moriarty said, “and in the process are abusing residents and using them as political pawns.”

However, the ANC argued that it was simply because they believe that Mathebe abuses her authority as speaker.

“The council has just collapsed because of the speaker,” ANC Gauteng spokesperson Bones Modise told Daily Maverick. “She just doesn’t want to recuse herself.”

The allegations against Mathebe follow the special meeting held on Thursday 16 January to discuss the motions of no-confidence against the DA-led City of Tshwane’s Executive Mayor Steven Mokgalapa, Speaker Mathebe, Acting Speaker Zweli Khumalo and Chair of Chairs Gert Pretorius.

Mathebe had scheduled the motion of no-confidence against herself to be last on the agenda. This did not sit well with the EFF and ANC, who said it was an abuse of power.

She refused and this led to the EFF and ANC staging a walkout which then collapsed the council.

The ANC and EFF told Mathebe they would complain to Gauteng MEC for Co-operative Governance and Traditional Affairs, Lebogang Maile, about her “unlawful” and “bullying behaviour”.

According to News24, ANC Tshwane caucus leader Kgosi Maepa said Maile had followed procedure by instructing senior counsel to appoint a committee to investigate Mathebe. Maepa said the committee had concluded its work, but then the DA and Mathebe had taken Maile to court.

“The matter is sub judice because she had taken it to court. Council must still proceed with its life. We can’t have a person that is being investigated as a speaker. She must step aside and allow the processes to conclude,” Maepa said.

The EFF and the ANC demanded that Mathebe resign before a new mayor is elected. However, the DA has argued that Mathebe’s right to hold office had been upheld by the courts.

“If you look at the judgment, it clearly says that while the matter is still being investigated she can still hold office,” Moriarty told Daily Maverick. “But the ANC and EFF clearly have no respect for the judiciary.”

The DA also accused the ANC and the EFF of forming a coalition, and that is why they have yet to see a mayoral candidate.

“We find this allegation bizarre and amazing,” the ANC’s Modise said. “They are making these allegations because they have lost all credibility. They have had so many mayors it’s not even funny.”

The council meeting came after the resignation of former mayor Steven Mokgalapa. Mokgalapa resigned after a leaked audio clip featuring himself and now former MMC for roads and transport, Sheila Senkubuge, surfaced in November 2019. Senkubuge and Mokgalapa were, according to reports by EWN, allegedly engaging in intimate acts in the audio clip.

Due to no mayor being elected as yet, the ANC worries about the future of Tshwane.

“The core business of the City, that being service delivery, will be affected if we don’t sort this out,” Modise said. DM