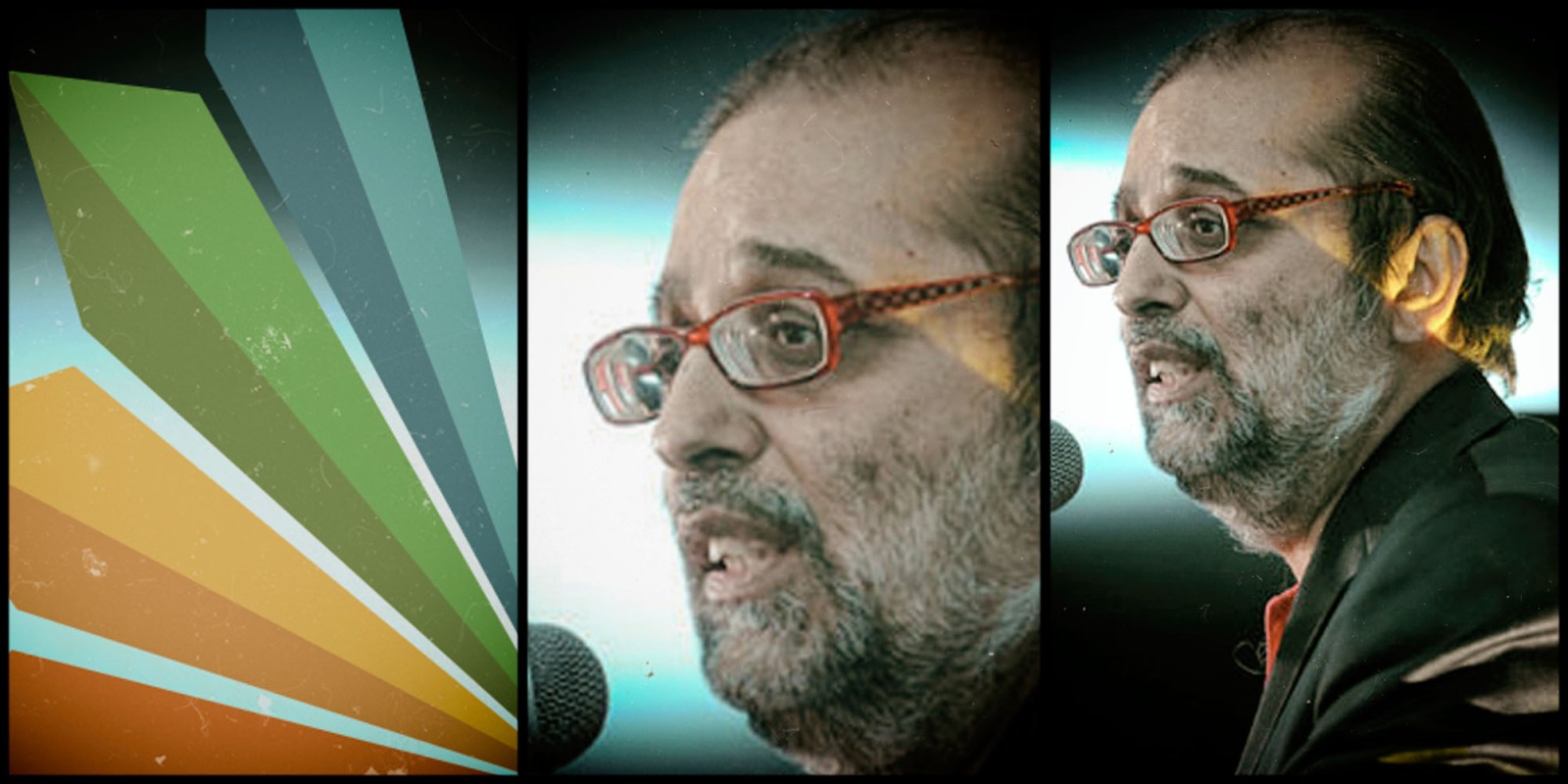 Former communications minister Yunus Carrim fingered Naspers CEO Koos Bekker as an individual who exerted massive influence in government circles and who was personally involved in much of the pressure MultiChoice exerted on the SABC and government figures to co-operate on the encryption issue. (Photo: GCIS)

Former communications minister Yunus Carrim has described the ‘bullying’ tactics used by MultiChoice to protect its monopoly over the country’s pay-TV sector. Carrim has also revealed the extent of the ‘smear campaign’ he alleges MultiChoice mounted against him — for which he believes Naspers boss Koos Bekker owes him a personal apology.

The Zondo commission heard on Monday how pay-TV giant MultiChoice undertook what former communications minister Yunus Carrim described as “regulatory or policy capture” in order to ensure that government policy on digital migration would not harm MultiChoice’s monopoly over the pay-TV sector.

From 2008, it had been government policy that the migration from analogue to digital TV broadcasting in South Africa should be accompanied by the introduction of encrypted set-top boxes. The institution of encryption capacity in set-top boxes would have meant that other broadcasters would be able to implement high-quality paid programming.

This was an obvious challenge to MultiChoice — at that stage owned by media giant Naspers, though since unbundled in 2019.

“The pay-TV sector was dominated 98% by MultiChoice and Naspers,” Carrim told the State Capture inquiry.

The official ANC position on the debate when Carrim became communications minister in July 2013 was that it was “perfectly reasonable to want some diversification of the pay-TV sector and to reduce the cost of it”.

MultiChoice was unwilling to take this lying down. #GuptaLeaks emails have shown how MultiChoice lobbied Carrim’s successor as communications minister, Faith Muthambi — and paid off the Gupta family via ANN7 — to ensure the encryption decision went in the direction that would benefit the company.

In 2017, the DA also released minutes of a clandestine 2013 meeting between SABC executives and MultiChoice CEO Imtiaz Patel, in which Patel tells his audience that MultiChoice is willing to pay R100-million a year towards a 24-hour SABC news channel with the “deal-breaker” condition that the “problem” of the set-top issue is resolved.

But the fly in the ointment was Carrim — a vocal proponent of encryption who was appointed as communications minister at a critical point in the debate over digital migration.

The feud between Carrim and MultiChoice over the issue of encrypted set-top boxes has been public knowledge since at least 2014, when MultiChoice took out a full-page newspaper advertisement questioning Carrim’s judgment and accusing him of favouring rivals e.tv in the debate.

Before Carrim’s appearance at the Zondo commission on Monday, he had not spoken at length publicly about the conflict. But testifying before the State Capture inquiry, Carrim held little back.

He fingered Naspers CEO Koos Bekker as an individual who exerted massive influence in government circles as a result of the size and value of the media company — and who was personally involved in much of the pressure MultiChoice exerted on the SABC and government figures to co-operate on the encryption issue.

Carrim recalled attending the World Economic Forum in Davos in January 2014 and being told by a “senior African” businessman: “You’re taking on Koos Bekker. Do you know what you’re doing?”

Carrim said he first met Bekker to discuss the encryption issue in September 2013. The impression he received was that “Mr Bekker seemed to feel that what’s good for Naspers is good for the country”.

The meeting ended in a stalemate, but a follow-up was arranged in March 2014. On that occasion, Carrim says that the discussion from Bekker’s side focused on “how much Naspers contributes to tax revenue” in South Africa, and how icy the company’s reception is in return.

“I said to Mr Bekker: ‘You have to allow for competition. It’s untenable’,” Carrim relayed.

Bekker’s response, claims Carrim, was: “Give me the names of two or three black people who we should encourage to compete [with MultiChoice]”.

Carrim replied: “You can’t choose your own competition!”

The former communications minister said that the meeting became “very frosty”, and culminated in Bekker accusing Carrim of being in the pay of e.tv.

“I told him that’s outrageous. I’m so overpaid as a minister! How many novels am I going to buy?” Carrim said.

Matters devolved to the point where Carrim admits to swearing at Bekker, which he now regrets as “not decorous”.

After this point, Carrim alleges that MultiChoice “waged a whole campaign” against him, with a special task team set up for the purpose.

Carrim had earlier told the Zondo commission that he had discovered that an agreement had been struck between the SABC and MultiChoice a week before Carrim took office as communications minister. In terms of the agreement, MultiChoice would pay the SABC R533-million over a period of five years for a number of channels to be hosted on the DSTV bouquet — and exclusive access to the SABC’s archive.

When Carrim realised what the implications of this deal were, he was horrified. He compared the irreplaceable archival footage of the SABC as akin to the “treasury of the country”. One estimate Carrim received as to the real value of the SABC archives was as much as R1-billion.

MultiChoice appeared to have had willing enablers within the SABC in the form of former group COO Hlaudi Motsoeneng and former SABC board chair Ellen Tshabalala, both of whom supported MultiChoice’s anti-encryption stance.

“Those who sided with MultiChoice had their own interests,” Carrim told the Zondo commission.

But others may have been bullied. Carrim alleges that he was approached by a representative of a community TV broadcaster who told him that MultiChoice had instructed them to support the anti-encryption campaign or “we will dispose of you” in the DSTV bouquet.

Carrim also read for the commission an email he received in September 2013 from e.tv executive Yunus Shaik.

Shaik wrote: “We have been advised this day by DSTV that if we should express support for the [encryption] policy during the course of the facilitation process, they will cancel the contract with e.tv to host the eNCA programme on DSTV.”

Carrim would ultimately last just 10 months as communications minister. His removal in May 2014 had been predicted in an email to staff by Koos Bekker two months in advance. Carrim also told the commission that Motsoeneng held a party two weeks before the announcement of his removal in order to celebrate Carrim’s ousting.

Carrim’s successor Faith Muthambi would comply with MultiChoice to the point that — as revealed by the #Guptaleaks emails — she forwarded a government policy on broadcasting drafted by MultiChoice executive Clarissa Mack to Gupta lieutenant Ashu Chawla setting out proposals for former president Jacob Zuma.

“It is only MultiChoice and Naspers which have benefited from the change of policy by Muthambi… at huge cost to the country,” Carrim told the Zondo commission.

He outlined the “digital dividend” that South Africa would receive from completing the digital migration process in the way he had envisaged: broadcasting spectrum space would be released to produce more channels in different languages; pay-TV would get cheaper; radio frequency spectrum would be released to players in the mobile sector which would bring down data costs.

“We have been held back ultimately by MultiChoice and Naspers in particular,” Carrim concluded. DM