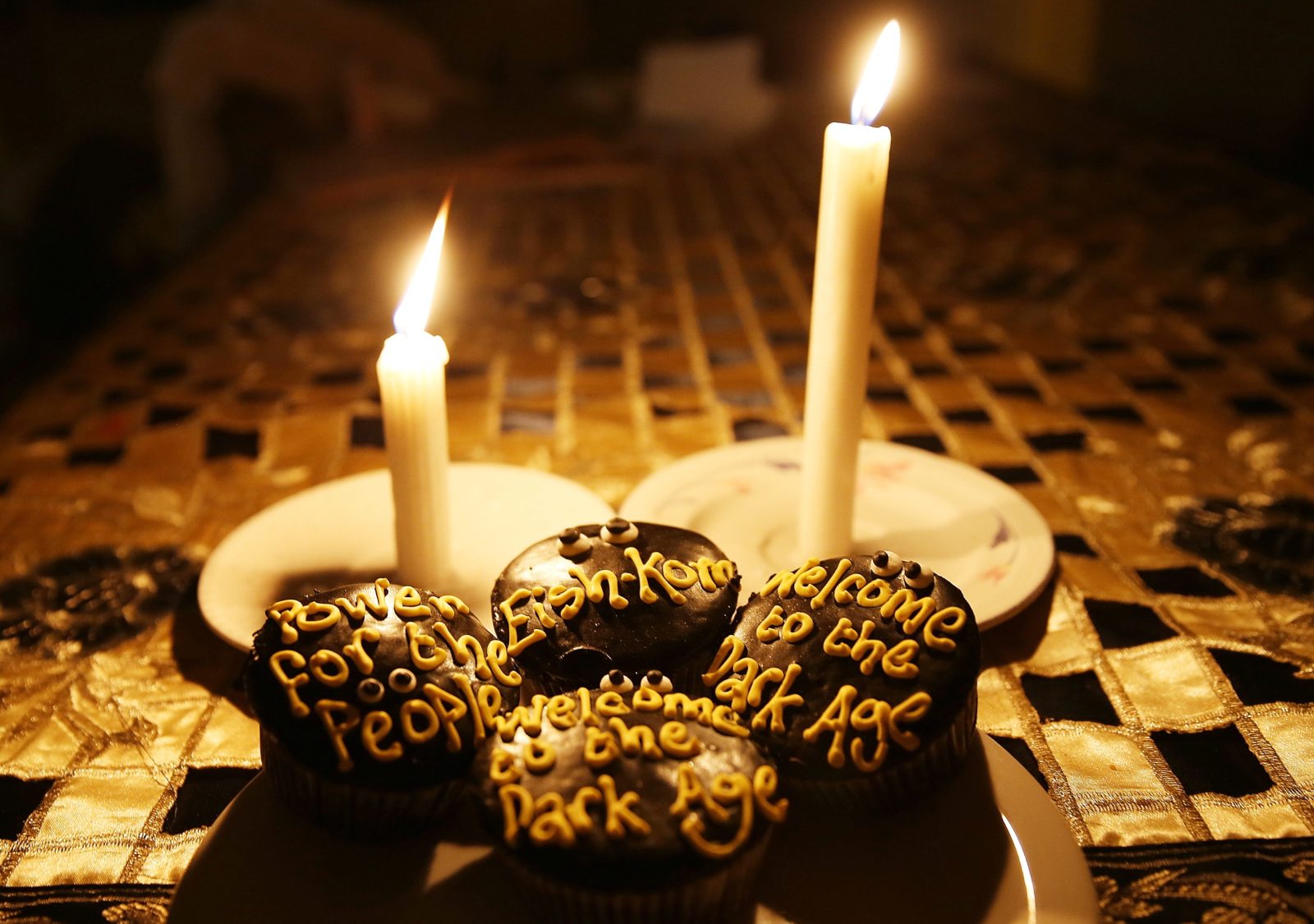 Bracing yourself for a few months (18?) of load shedding – lights off, traffic worsened, economy weakened? In this article, we shed the light on everything you always wanted to know about the rolling blackout (but were too afraid to ask), tips to make darkness a little lighter, and more.

This story was sent as a newsletter. Sign up for our newsletter to get the best of Maverick Life delivered to your inbox every Sunday morning.

Give me the back story. It’s 2007. “Eskom announced that, with reserves running lower than 8% in some areas, they would need to implement a blackout schedule – known as load shedding – to prevent crashing the entire national grid”, reminisces Sipho Hlongwane in Daily Maverick.

Oy. And when asked how long this situation would last, “the answer was: We don’t know. It could be as long as seven years.” That was 12 years ago.

What happened exactly? Depends. Some claimed “sabotage”; an excuse that will become a staple in load shedding explanation. But there’s also wet coal, broken equipment…

That’s all? Nope. Back  in 2012, Hlongwane explained that, “Some blamed poor management and incompetence among Eskom’s management upper crust (even as they pocketed gigantic bonuses)”.

And then? As Stephen Grootes noted, “While Eskom has explained time and time again the mechanical reasons for the problem, in essence this has always been a political problem of managing and governing resources. It is sometimes forgotten how important the role of corruption has been in prolonging the biggest problem our country faces.”

Consistently bad? Consistently on and off. In 2015, Eskom implemented 99 days of load shedding. Back then it already had an impact on economic growth.

Where are we now? After “12 CEOs, six chairpersons, 60 directors, and 30 executives, which cost the state company a whopping R514-million”, says BusinessTech, we’re back at square pitch-black.

How come? Mark Swilling sums it up: “The last words of former Eskom CEO Phakamani Hadebe are coming true: Before he resigned, he said Eskom was in a ‘death spiral’”. The system is broken.

And? There is hope at the end of the dark tunnel and it looks green. A just transition might be the solution.

Explain: what is load shedding

It simply means reducing the load, and in this case, shedding the load to avoid the generating plant failing or breaking down. It’s sometimes called a “rolling blackout” or “feeder rotation”. Eskom explains that “a country-wide blackout (…) can occur when there is too much demand and too little supply, bringing the power system into an imbalance – tripping the power system in its entirety”.

Until December 2019, Eskom listed only four possible stages of load shedding – after that, stages 5, 6, 7 and 8 were suddenly on the cards. If Stage 4 is three power cuts of 2½ hours each, 7½ hours in total, Stage 8 is… well, double that. Welcome to 13½ hours a day of load shedding.

A report by Enterprise Surveys/The World Bank shows that in sub-Saharan Africa only, there were 8.4 electrical outages in a typical month, that lasted on average 6.4 hours.

If it’s going to happen, it helps knowing when it’s going to happen – the trouble is a tad lighter when it doesn’t take you by surprise. If you haven’t done it already, download the app: EskomSePush, LoadShed or Load Shedding Notifier are available on Android and IOS and they’ll let you know when and where load shedding is happening.

How Stuff Works warns about the effects of power cuts on tech and home equipment, especially as the power surges back in. Modern appliances also have sensitive micro-processors that should be shut down much like a computer and not abruptly. The best solution? Unplug your devices (once your batteries are charged, that is).

If unplugging-plugging seems like a hassle, invest in a surge protector (for the main board), and surge protector plug adaptors. They detect power spikes and protect appliances by diverting the excess energy.

Or a UPS (uninterruptible power supply), which basically serves as a battery back-up. It’ll keep power in your device for at least enough time for you to shut it down properly.

A few things that can help apart from the old candle: Back-up batteries, LED globes with a rechargeable battery backup that have a battery that you can switch on when the power outage happens, solar power (solar power lamps or jars, or a portable solar power kit that can give you up to 15 hours of power), a generator that runs off fuel, a lantern or a lamp torch (a head lamp is practical when reading or working on a computer), a portable gas stove, a fully-charged power bank and if all fails, glow-in-the-dark sticks.

Load shedding can sometimes affect phone networks. Before you get stuck on the side of the road with an uncooperative Uber app, make sure you’ve also saved the number of regular taxi companies. And keep some cash on hand, as credit card machines and ATMs might also be down.

On 19 March 2019, South African comedian Donovan Goliath asked his Twitter followers to “replace one word in a movie title with Eskom”.

Here are some of our favourite picks:

“As we were already mid-course on our journey [to Egypt], we got to hear that the country had gone into Stage 6 of load shedding, and that surprised and shocked us.” – President Ramaphosa, December 2019

“Everyone seems to agree that if Eskom goes down, the South African economy goes down. What most do not seem to realise is that it is no longer a matter of ‘if’ – it is already happening. Just look at our poor economic performance and then connect the dots back to Eskom. The last words of former Eskom CEO Phakamani Hadebe are coming true: Before he resigned, he said Eskom was in a ‘death spiral’.” – Mark Swilling, February 2020 ML