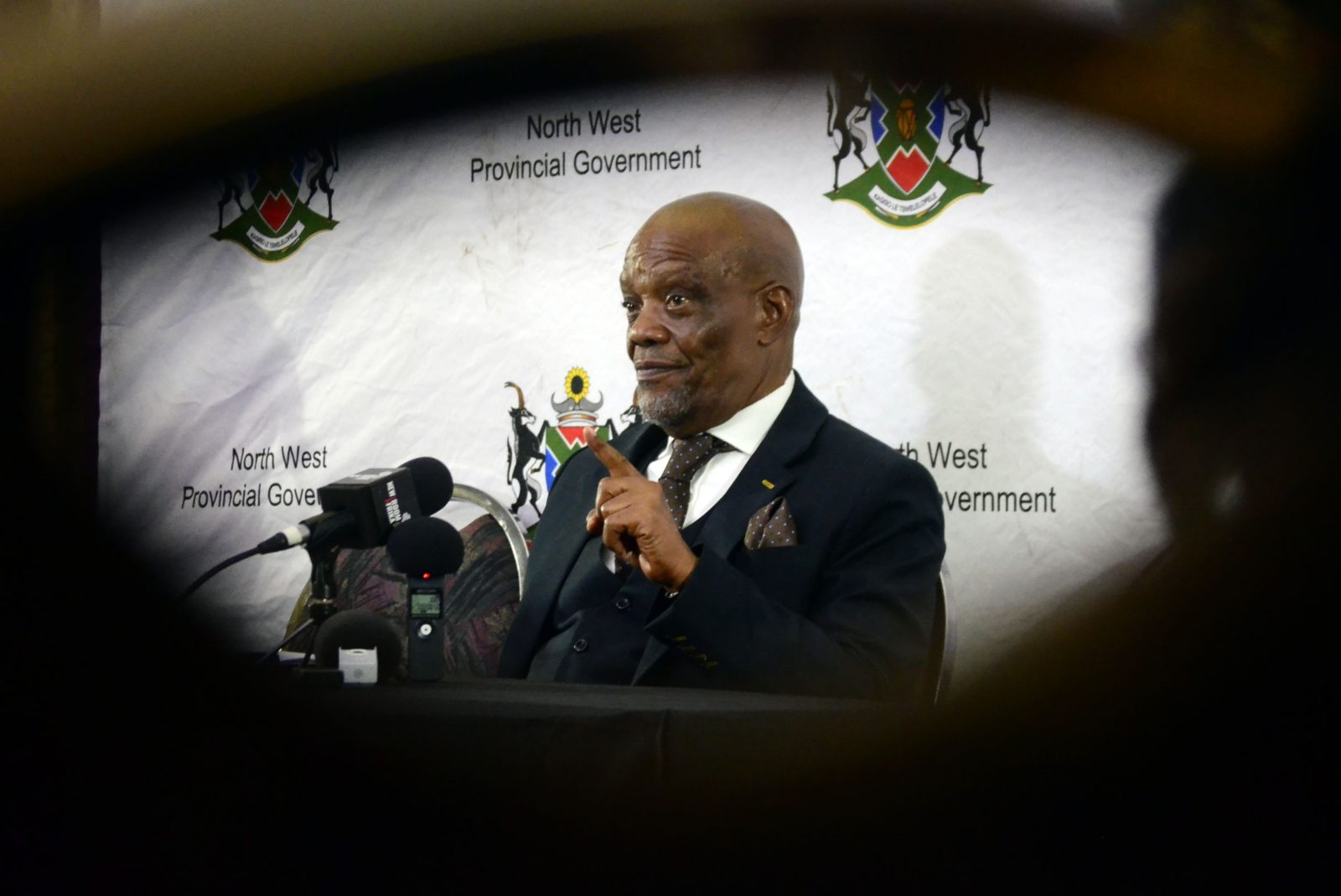 The DA and the EFF questioned North West Premier Job Mokgoro’s authority to deliver the State of the Province Address, but it did not deter him from reading a 32-page speech filled with promises to turn the ailing province around.

DA members walked out of the North West provincial legislature after assembly speaker Susan Dantjie refused to allow them to raise points of order concerning Premier Job Mokgoro’s authority to deliver the State of the Province Address in Mmabatho on Friday.

Two members of the EFF, Papiki Babuile and Matshidiso Botswe, were forcibly removed from the house after they, too, questioned Mokgoro’s legitimacy, IOL reported.

“It’s not in the DA’s nature to walk out of any of these meetings,” said DA North West provincial leader Joe McGluwa later. “But she (the speaker) did the same thing the national Speaker did and said we purposely wanted to disrupt the house.”

Dantjie proclaimed: “I am going to rule that the honourable premier will proceed delivering the state of the province address, it is within his right … The premier is going to deliver the SOPA; there is nothing illegal about it,” reported IOL.

Speaking to Daily Maverick after leaving the legislature, McGluwa said the DA adopted its stance because several departments in the province were under administration.

“We believe strongly that national must come and hold this gathering,” he explained.

In May 2018, the province was placed under administration by the national Cabinet and has been monitored by an inter-ministerial task team. This was done in terms of Section 100 of the Constitution and the measure comes to an end in August 2020, according to Mokgoro.

Section 100 allows the national executive to intervene in provincial government if it decides the provincial authority cannot fulfil its constitutional obligations.

“I am pleased to report that this intervention is yielding positive results in the effort to stabilise this province,” Mokgoro said in his address, “as well as to address governance and service delivery failure and to root out corruption.”

In terms of youth employment, Mokgoro said all government departments would report quarterly on job creation, apprenticeships, leadership, internships, the Expanded Public Works Programme and community-based programmes as this will give an indication as to how many jobs are needed and how many vacancies are available.

He said there were also plans to create jobs in construction and in local municipalities. He appealed to the private sector to help by hiring young people.

North West has been badly hit by drought and water shortages and Mokgoro said his administration was committed to borehole water for livestock, particularly, and for human consumption where necessary.

The premier noted big challenges with regard to expenditure of the education infrastructure grant, but insisted the provincial government was eradicating unsafe and inappropriate sanitation facilities at schools.

“The original target of 104 schools has been increased to 154; we have completed 112 schools so far.”

Last year’s SOPA promised that each ward would have a team of social services professionals assisting it and Mokgoro said this had been fulfilled.

On gender-based violence, the premier said, “The department of social development will intensify awareness … through community engagements by reaching 14,648 persons and strengthen shelters for victims.”

The province would work with the South African National Roads Agency (Sanral) on three major road rehabilitation projects, spending R242 million to upgrade the R511 from Brits to Beesterkraal, R158 million on the R53 from Potchefstroom to Ventersdorp and R407 million on the N4 at Pampoennek. DM