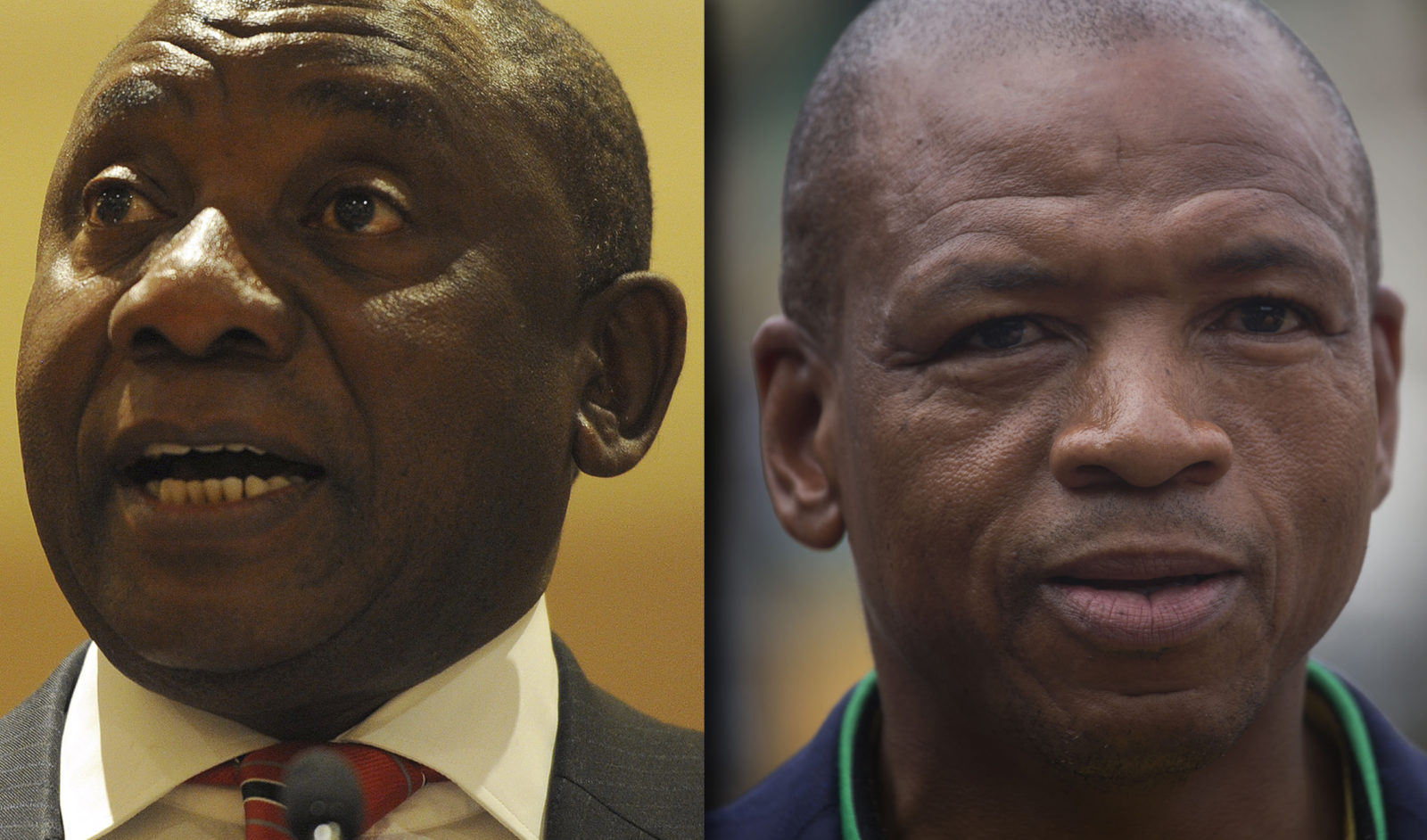 Nkosazana Dlamini Zuma on Wednesday confirmed that the national government planned to intervene in all North West departments, but that’s about all she admitted. Premier Supra Mahumapelo’s administration has been shackled but President Cyril Ramaphosa continues to keep his cards close to his chest.

Minister Nkosazana Dlamini Zuma’s interim report on governance in North West clearly found that the government cannot fulfil its constitutional mandate. That much we know by the decision to invoke Section 100(1) of the Constitution and place the entire province and the majority of its municipalities under administration.

“Obviously I think if we invoke Section 100(1) of the Constitution it means you’re worried, you are concerned. So that must be obvious just from the action that has been taken,” the minister in the presidency of planning, monitoring and evaluation said in a press briefing on Wednesday.

Three weeks after Dlamini Zuma was appointed to lead the inter-ministerial task team (IMTT) on North West, however, we don’t know the details of the interim report she presented to Cabinet last week to justify placing the province under administration, and Cabinet still has to deliberate on how it wants to intervene.

Ministers have been meeting with Premier Supra Mahumapelo – now on a leave of absence – MECs and heads of department after protests in April in Mahikeng over allegations of corruption, maladministration and service delivery failures in the province. Accusations against Mahumapelo’s government are wide-reaching and Dlamini Zuma’s findings were reportedly damning, but she did not outline them on Wednesday.

She said ministers in the task team would evaluate each North West department to decide whether to intervene based on Section 100(1)a or 100(1)b of the Constitution. Under the former, national departments would highlight challenges and order corrective steps. Under the latter, the national executive would assume total responsibility. The North West health department has already been placed under administration under 100(1)b.

President Cyril Ramaphosa last week wrote to National Council of Provinces (NCOP) Chairperson Thandi Modise notifying her of Cabinet’s decision on North West. While Dlamini Zuma said Cabinet would still decide on the type of intervention each department required, Ramaphosa’s letter might suggest otherwise. The Constitution only requires the executive to notify NCOP regarding 100(1)b interventions.

Ramaphosa’s letter, released on Wednesday, said Cabinet decided on 9 May to place North West under administration. Reporting back the next day on the Cabinet meeting, Communications Minister Nomvula Mokonyane did not reveal that the decision had been taken, saying only that Dlamini Zuma would make an announcement.

While Cabinet has taken a cautious and somewhat secretive approach to its North West intervention, Dlamini Zuma said her task team will refer matters to the authorities for criminal investigation.

“Over and above the obvious responsibility of restoring peace to the North West province, the [justice, crime prevention and security] cluster has to conduct further investigations where maladministration and/or corruption are suspected,” she said.

“In areas where glaring contraventions of the Public Finance Management Act are found, the IMTT is referring the matters to the law enforcement agencies for consideration of criminal prosecutions.”

Lucky Kgabi from the Revolutionary Council, one of the groups opposing Mahumapelo’s leadership, said he is happy with the task team’s progress. He said placing the entire province under administration indicated the failure in governance and would prevent further corruption.

Speaking at a National Education, Health and Allied Workers Union (Nehawu) march in Mahikeng, Health Minister Aaron Motsoaledi, who is on the task team, condemned corruption.

Health services in North West have been highlighted as one of the North West administration’s key failures.

Nehawu marched to the provincial legislature on Wednesday and threatened a two-day stay-away in the province and protests across the country if its demands are not met.

The Democratic Nursing Organisation of SA (Denosa) on Tuesday said the province’s health system had collapsed. The union said patients have to share beds, lack decent food, suffer from medication shortages and even have to bring their own linen. It said some mortuary fridges are not functioning.

“This is total cruelty to humankind,” read Denosa’s statement.