An indictment of the ANC’s commitment to governance 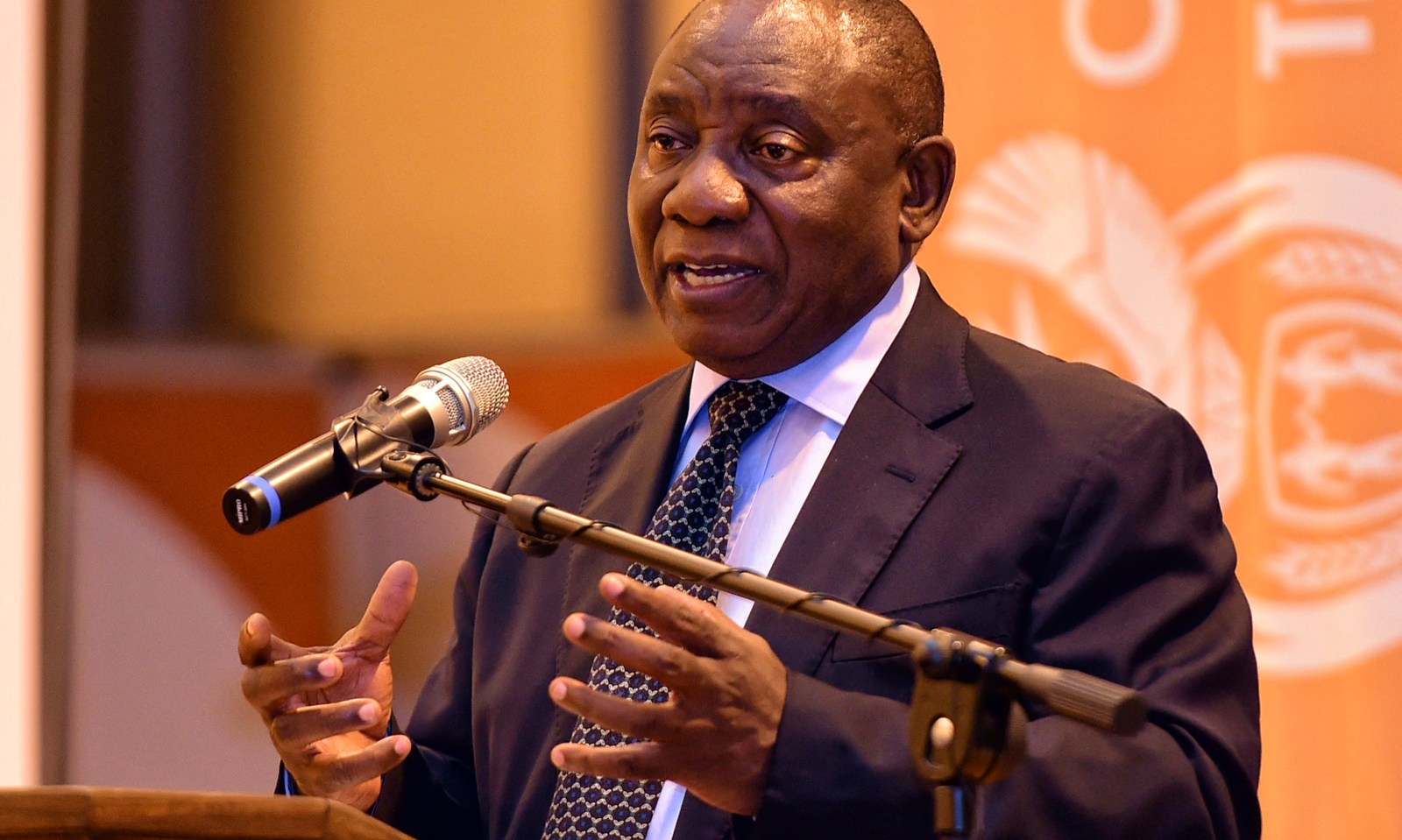 When government misrepresents and lies, public trust is broken. And by concealing the Cabinet’s decision to launch an unprecedented national intervention in all of the North West government during last week’s public briefing on that meeting of the executive – a key regular entry in the political calendar, known as the “post-Cabinet briefing/statement” – President Cyril Ramaphosa’s administration has led South Africans by the nose.

There is an argument some may wish to make in the usual technicist box-ticking: nothing could be announced at last Thursday’s post-Cabinet briefing because the presidential letter on the national intervention in each of the North West government departments to the National Council of Provinces (NCOP) had not yet been written. Or on the basis that actually Section 100 of the Constitution allows a 14-day window from the start of the national intervention in a province that cannot or does not fulfil its obligation for such an official notification to be sent to the NCOP, established specifically to represent the interests and mandates of provinces.

A Cabinet decision is a Cabinet decision and can be announced as such. In fact, a Cabinet decision of such public importance and unparalleled scale must be communicated to South African citizens, given the constitutional founding values of accountability, responsiveness and openness. It is completely by the by that other processes, like presidential letter writing and establishing NCOP oversight committees, follow.

It’s a kick in the teeth for governance to conceal that Cabinet took a decision for a wholesale intervention in a provincial administration due to its failure to deliver on its constitutional and/or legislative obligations, and action in 12 of the province’s dismally underperforming 18 councils. It’s certainly not a case of “Thuma Mina (send me)”, but more one of governance being trumped by the infinitesimal calculations in the political juggling act that is ANC factional politicking these days. It’s a bizarre example of how Cabinet, the centre of executive decision-making, abrogates its governance obligations in favour of ANC party-political considerations.

And so Communications Minister Nomvula Mokonyane remained schtumm. Not a hint on this Cabinet decision during last Thursday’s public briefing on meeting the day before. And it wasn’t like she wasn’t asked about it – repeatedly.

Instead, the communication minister said a special media briefing would take place some time this week in North West. She talked of Cabinet having received “a preliminary report”, “intensive work to be done” and the “intention to reposition the North West government to attend to systemic and other issues”. Or as Mokonyane put it at one stage during journalists’ questions:

“There’s work in progress and there are considerations that have been put before Cabinet.”

Okay, this was an itsy-bitsy, teeny-weeny bit more than the 95 words over two paragraphs under the heading “3. Situation in the North West” in the official statement on the Cabinet meeting on 9 May 2018, available on various government official websites such as that of the Presidency.

“3.1. Cabinet was presented with the report by the Inter-Ministerial Task Team (IMTT) on North West. The report provided the preliminary work that has been done in the last two weeks. Cabinet was satisfied with the progress made by the IMTT in its efforts to stabilise the Province.

“3.2. The IMTT, led by Minister in The Presidency, Dr Nkosazana Dlamini-Zuma, will remain seized with the North West issues. A detailed media briefing on the outcomes of this work by the IMTT will be held in the North West next week,” said that official Cabinet statement.

That this wasn’t quite what happened is now apparent. We know of Cabinet’s decision for a wholesale national intervention because of the Sunday Times, which tracked Ramaphosa’s letter based on the Cabinet decision to intervene in the North West to NCOP Chairperson Thandi Modise. Once the lid was blown, Parliament around midday Sunday issued a statement confirming Modise had received the presidential official notification on Friday.

“The matter will follow an ordinary course of parliamentary procedure, which includes it being referred to a committee or committees of the House for processing. As enjoined by the Constitution, the National Council of Provinces must independently conduct its own assessment that the National Executive observed all procedures and circumstances for the intervention and must make a determination within 180 days,” the statement said.

It is understood the presidential letter will only appear on Tuesday in the Announcements, Tablings and Committee Reports (ATC), Parliament’s official record of work.

Daily Maverick on Monday reported on how, amid the still unfolding ANC factional political manoeuvrings, the ministerial task team to North West reported a not pretty picture to Cabinet, including what one minister who is involved described as “the outsourcing of the functions of government to pocket from tenders”.

None of any of this, not even a hint, emerged at last Thursday’s briefing on that week’s Cabinet discussions and decisions, government’s self-identified long-established communication platform. Yet it would have been quite easy to spin: a national intervention across the board in North West for better governance and service delivery in the interest of a better life for residents there. That this was not done is more than a nod to the impact of ANC factional politicking amid which one insider into the North West debacle highlighted that only the ANC could recall premiers.

It is an indictment of the ANC government’s touted commitment to governance in South Africa’s constitutional democracy to conceal a Cabinet decision on a matter of significant public interest.

And it is a breach of public trust. DM