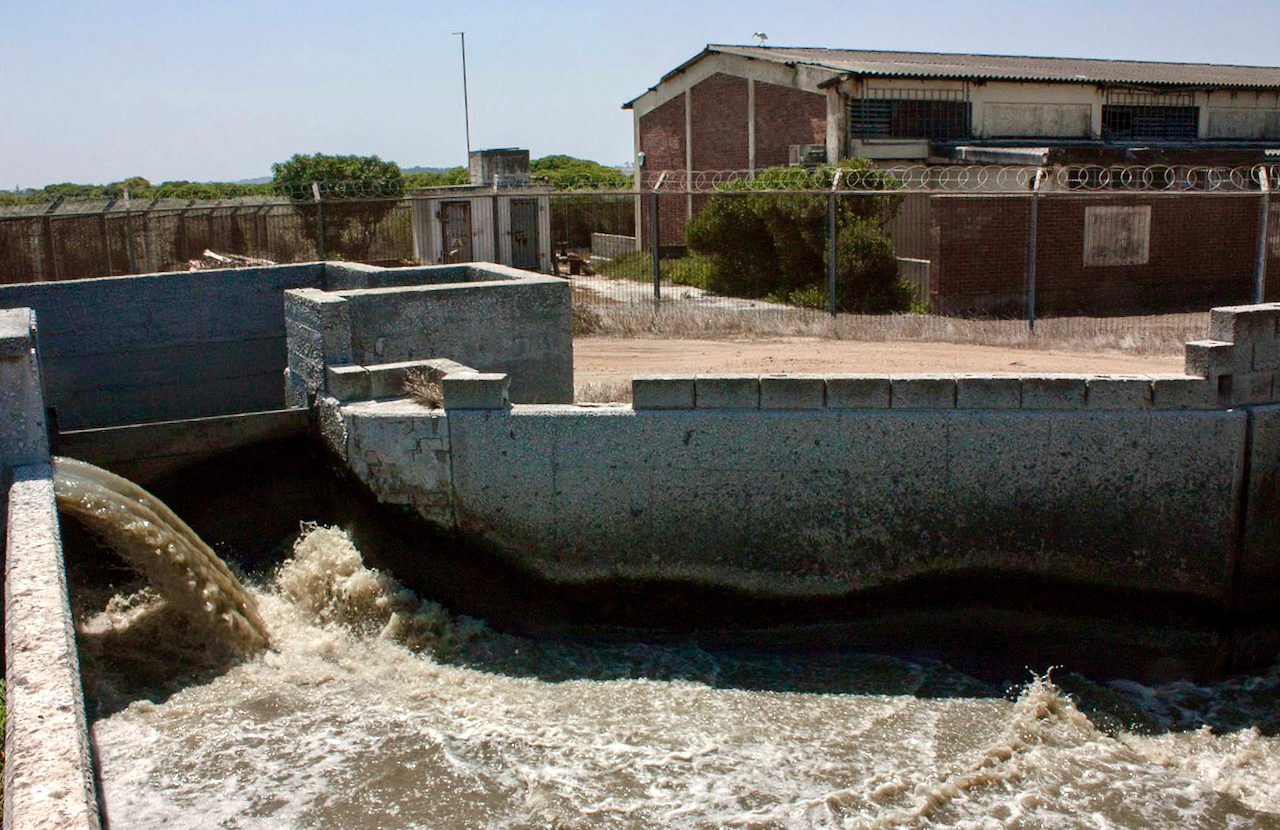 Overloading and sub optimal operation at some of the 25 wastewater treatment works in Cape Town is resulting in pollution of rivers in the city. The results of water quality tests reveal a failure to meet national guidelines 40% of the time. Photo: Steve Kretzmann/WCN

The quality of water in Cape Town’s rivers has deteriorated to the point where the provincial government has dispatched the Green Scorpions and issued the City with a warning to clean up its act.

The City’s Water and Sanitation Department, led by Councillor Xanthea Limberg, was given 21 days from 12 February to provide the provincial Department of Environmental Affairs and Development Planning (DEADP) with its short term, medium term, and long term plans to end the ongoing sewage contamination of water bodies.

The warning came after civic bodies complained to the province in December last year, following severe contamination of the Diep River estuary which forms the Milnerton Lagoon.

When GroundUp visited the lagoon at the time, the smell of sewage hung in the air and signs had been posted at the mouth of the lagoon warning the public not to come into contact with the water. Earth moving equipment had been deployed to dig open the river mouth – which is subject to natural seasonal closures – to allow sea water to dilute the estuary which receives treated effluent from the Postdam wastewater treatment works.

At a press conference on Tuesday to announce measures to be taken, DEADP minister Anton Bredell said that after receiving complaints from the public about the state of the Diep River, the Green Scorpions took water samples along the river catchment and Milnerton Lagoon. “The results were disturbing”, he said, with most failing the national guidelines and general authorisation limits for treated wastewater.

He mentioned the 2017 directive ordering the City to clean up unsanitary conditions in Masiphumelele, where he said the City was “implementing its plan effectively”.

The province was not yet at the point of ordering a pre-directive nor directive for the City to clean up its river systems; at this point it was “a letter, failing which the rest will follow”, Bredell’s spokesperson James-Brent Styan clarified in an email.

The new director of water and sanitation in the City, Michael Webster, was tasked with presenting the water quality results at the press conference.

“We acknowledge water quality in the city is poor, and has been for a long time, [but] we’ve reached a tipping point now and have to act,” said Webster as he began his presentation.

Across 21 rivers within the city, 40% of all samples reveal the level of E.coli (a microbiological indicator species for contaminated water) exceeded the national guidelines for non-contact recreational use such as canoeing. Of the samples that failed, 20% were as high as 100 times or more over the limit.

Local scientists have been raising the alarm over the Kuils River for years, with repeated assertions by Limberg that the Zandvliet wastewater treatment works, which releases treated effluent into the Kuils River, was not the cause of the problem.

Webster said the dire state of Cape Town’s rivers was due to overloaded treatment plants, sub-optimal operation at treatment plants, power outages at sewage pump stations, and mechanical failures due to an overload of solids.

The City is on record stating there are on average 400 sewage spillages across the metro per day, and these, said Webster, were caused by blockages in areas of low gradient such as the Cape Flats, and due to people throwing foreign objects into the system. These spillages flowed into the storm water system discharging into rivers. Fixing these spillages alone cost R250-million per year.

The quality of effluent released from the wastewater treatment works met national licensing conditions 80% of the time, which was better than any other metro in South Africa. However, Potsdam treatment works, which discharges into the Diep River, met its license conditions 67% of the time during the course of last year.

A major capital spending programme to upgrade the treatment works was underway, with R11-billion committed over ten years. Upgrades at Zandvliet and Potsdam are under way, but the City “recognise[s] there should have been investments earlier in regard to Diep River”, he said.

In the short term, he said the disinfection system at Potsdam treatment works is in urgent need of repair and this will be completed “by April at the latest”.

Potsdam also needs a belt press necessary to remove solids from the water, and this was being procured. Additionally, retention ponds overflowing into the environment were being repaired.

On a broader scale, the department was “scaling up” the inspection of business and industry effluent; ensuring standby generators at pump stations; increasing the cleaning of canals and culverts; and increasing “cleansing focus” in informal settlements.

The department was also “reviewing the availability of data” following increased public pressure for the City to release the results of its monthly water quality tests conducted at hundreds of points on inland water bodies.

“It is easy to be taken out of context. As residents you want interpreted data to know it is safe to swim.” He failed to explain why river water quality could not be released, saying only: “We’re committed to having greater transparency but also to frame data properly is key.”

Bredell said part of the problem the City had to deal with when it came to certain rivers, such as the Diep River, was that their catchment extended beyond the City boundaries. The Diep River for example is also receiving contaminants from agricultural runoff.

He admitted urbanisation had “caught us offside”, noting the city’s population had grown from three million to four million over ten years. This 30% increase was coupled with a decrease in budget grants from national government. Load-shedding had also resulted in sewage spills into river systems as pump stations shut down for hours.

He said while the provincial and local governments worked closely together and, if the City did not deliver on its requirement, the province took a “hard stance”.

“We assure that where the law is broken or where the environment [made] unsafe, we will step in and take action.” DM