A weekly feature to inform readers of a cross-section of events organised by civil society organisations. Let’s start the week with some good news!

Last year Maverick Citizen carried reports on the Eastern Cape drought that had left the Nqweba Dam in Graaff-Reinet empty, necessitating the intervention of Gift of the Givers. At the weekend, rains over the Eastern Cape brought water back into the dam. Nature did its thing in the nick of time and the community celebrated. But, as Estelle Ellis reported last week, the welcome rains will not be enough to lift the drought and access to sufficient water in poor communities remains bleak. The dam may be rising again but the need for water and climate activism has not subsided. For these reasons we will continue our in-depth community-based reporting from towns and villages that most politicians would rather we forgot.

The video above was supplied and shows how the dam fills up, What a wonderful sight!!

Thirty years ago there was hope and trust: it grew enormously when on Tuesday 11 February 1990 Nelson Mandela was released from prison. Perhaps that’s the reason why Tuesday 11 February 2020 is going to be a busy day for activists. Below are some of the events:

In the morning (at 9am at The Capital, Melrose, Johannesburg) UN Women, whose executive director is former SA deputy president Phumzile Mlambo-Ngcuka, is launching the South African chapter of the Unstereotype Alliance which describes itself as “a thought and action platform that seeks to eradicate harmful gender-based stereotypes in all media and advertising content”.

Also kicking off in the morning, the African Centre of Excellence for Inequality Research will take the important insights from the recently released, Inequality Trends in South Africa report, further at a stakeholder engagement to learn more about the findings. The event is billed as “an opportunity for government, academia, civil society, labour unions and international organisations to hold constructive conversations on strategies to tackle the country’s monumental inequality challenges”. It is bringing together speakers from the Presidency; National Treasury; Oxfam South Africa; the Development Bank of Southern Africa; City of Cape Town, South African Cities Network, the National Labour and Economic Development Institute; Equal Education; Gender Links and members of the Presidential Economic Advisory Council from the Nelson Mandela School of Public Governance and Wits Business School. There are still a few seats available – see RSVP details at:  https://aceir.org.za/news/events/

At lunchtime the Institute for Poverty, Land and Agrarian Studies (Plaas) at the University of the Western Cape will be holding a seminar titled “The Landless People’s Movement: the Movement that Was, but Never Was”. The seminar is based on 10 years of fieldwork and research by Professor Marcelo Rosa from the University of Brasilia. It’s an important opportunity for activists to think about the difficulties of building social movements in rural areas. For more information: Babongile Malama, tel: 021 959 3733 or Email: [email protected]

Later that day, Amnesty International South Africa will launch a new report, Broken and Unequal: The State of Education in South Africa in partnership with the Mail & Guardian. Last year Amnesty caused controversy, even within civil society, with its poster campaign of a smiling HF Verwoerd and the slogan #signthesmileoffhisface 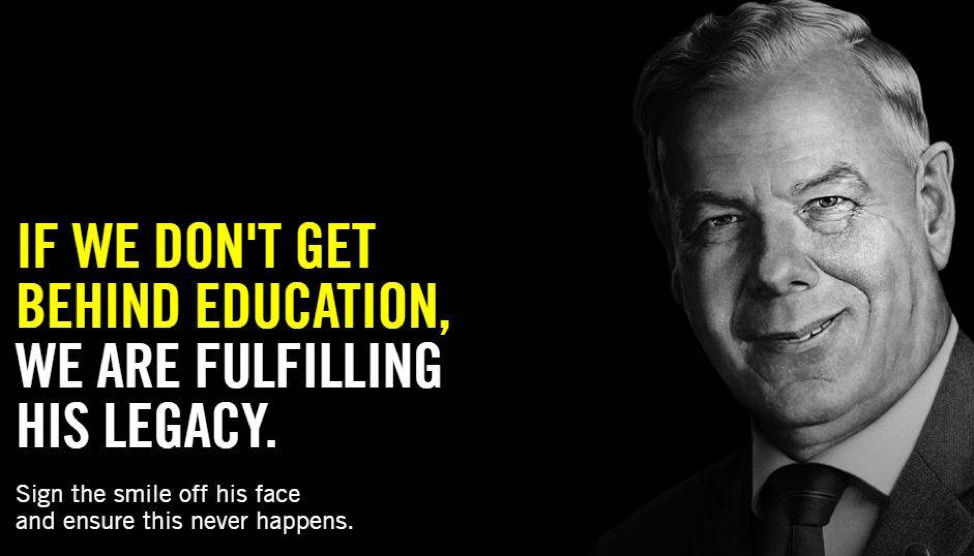 And to shut Tuesday down, at 6pm that evening GIBS holds its own state of the nation, with a discussion on Politics, the Economy and Leadership with Nick Binedell, Peter Hain, Oscar van Heerden and Stephen Grootes. Unfortunately – and unacceptably – the panel doesn’t include the perspective of a woman or a young person.

On 11 and 12 February Outa will be involved in community visits to Milnerton and Joe Slovo Park in the Western Cape to assess water pollution, an issue that will also be discussed on Wednesday, 12 February, on the OUTA Hour, hosted live on Facebook and Radio Today, every Wednesday between 19:10 – 20:00

On Thursday 13 February the Denis Goldberg Trust is hosting the Ukufikelela Concert to celebrate and raise funds for the Denis Goldberg House of Arts and Culture Education Centre at the Hout Bay Museum in Cape Town. Local and international artists will perform to raise funds for the centre: “a place where young people from different communities can enrich their lives through art, culture and education activities”. To book tickets: https://qkt.io/Ukufikelela

Then, on the evening of Thursday 13 February comes one of the biggest political events of the year, President Cyril Ramaphosa’s third State of the Nation Address (SONA). As austerity bites, unemployment rises and municipal services collapse – all of which benefit the State Capture brigade – one wonders when the president will rally the country behind a tangible and radical programme that rebuilds hope in the promise of social justice. We’re ready when you are Mr President!

To that end, the day before SONA, an important public rally will be held on Wednesday 12 February at St George’s Cathedral in Cape Town. The rally is being organised by the Ahmed Kathrada Foundation under the theme: State Capture Culprits must be Jailed. Speakers will include former ANC MP and whistle-blower, Andrew Feinstein and Nadine Cloete, writer and director of the excellent film on the life of Ashley Kriel. 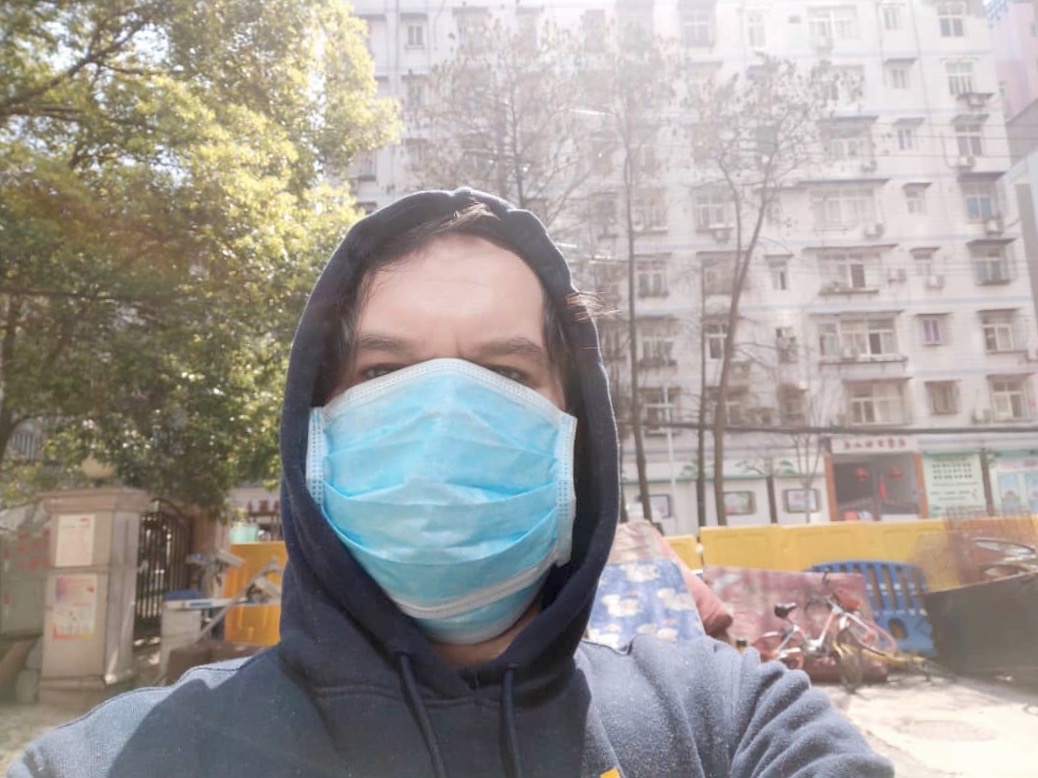 The public rally is drumming up support for Archbishop Thabo Makgoba’s call that 2020 be the “Year of the Orange Overalls”. However, after the research report published by Open Secrets last week, it’s clear that orange overalls are not just needed by the likes of Ace Magashule and Mosebenzi Zwane, but also by several captains of industry who walk what Open Secrets calls the the “State Capture Mile”’ in Sandton.

At the rally, civil society organisations will also make public an Open Letter to Rampahosa addressing what they think should be covered in SONA.

At the end of the week, public hearings on the Traditional Courts Bill move to Gauteng. The first will be at Vereeniging Community Hall on Friday, 14 February at 10am; the second on Saturday will be in Tshwane at the Ditsong National Museum, also at 10am. For more information about these important hearings contact Jacky Moteke ([email protected]) and Jabulile Nyembe ([email protected]).

Thirty years ago, Mendel left a box of his negatives and transparencies in storage in a friend’s garage in Johannesburg. Over the years the box was rained upon and its contents damaged. The affected photographs were from the final years of apartheid when Mendel had witnessed the nationwide township uprising and scenes of mobilisation, conflict and tragedy. The book launch and exhibition will also coincide with the opening of the new artco gallery. It runs until 28 March. The gallery is on the third floor, Fairweather House, 176 Sir Lowry Road, Woodstock. More information via [email protected]

Finally, also on Saturday 15 February, veteran feminist social justice activist Pregs Govender turns 60. She has been a freedom fighter since her teens and is one of the few leaders of her generation who have protected their integrity and principles: over the years she has been a trade union leader; a womens’ rights activist; the one member of the ANC to vote against the arms deal; one of the handful of ANC MPs to defy Thabo Mbeki’s AIDS denialism; and the deputy chairperson of the Human Rights Commission. Today Govender is still an activist and a writer, many of whose ideas and activities can be found on her website Love, Courage and Insubordination.  Happy birthday, Pregs!

And… while on the subject of the strong and resilient women whose struggles and leadership have held society together before and after apartheid, make sure you see the movie, Poppie Nongena described by Eusebius McKaiser as “painful, poignant, necessary … we dare not forget the myriad ways in which apartheid was evil.”

You will notice that most of the events covered above are happening in Cape Town and Johannesburg. But activists live in every city, town and village in South Africa and we want to report on all of them! So, wherever you live, if you have events or meetings which you think other activists ought to know about, write to us at [email protected]

Also please sign up for our weekly newsletter here. MC

Sam Sole for amaBhungane • 20 hours ago