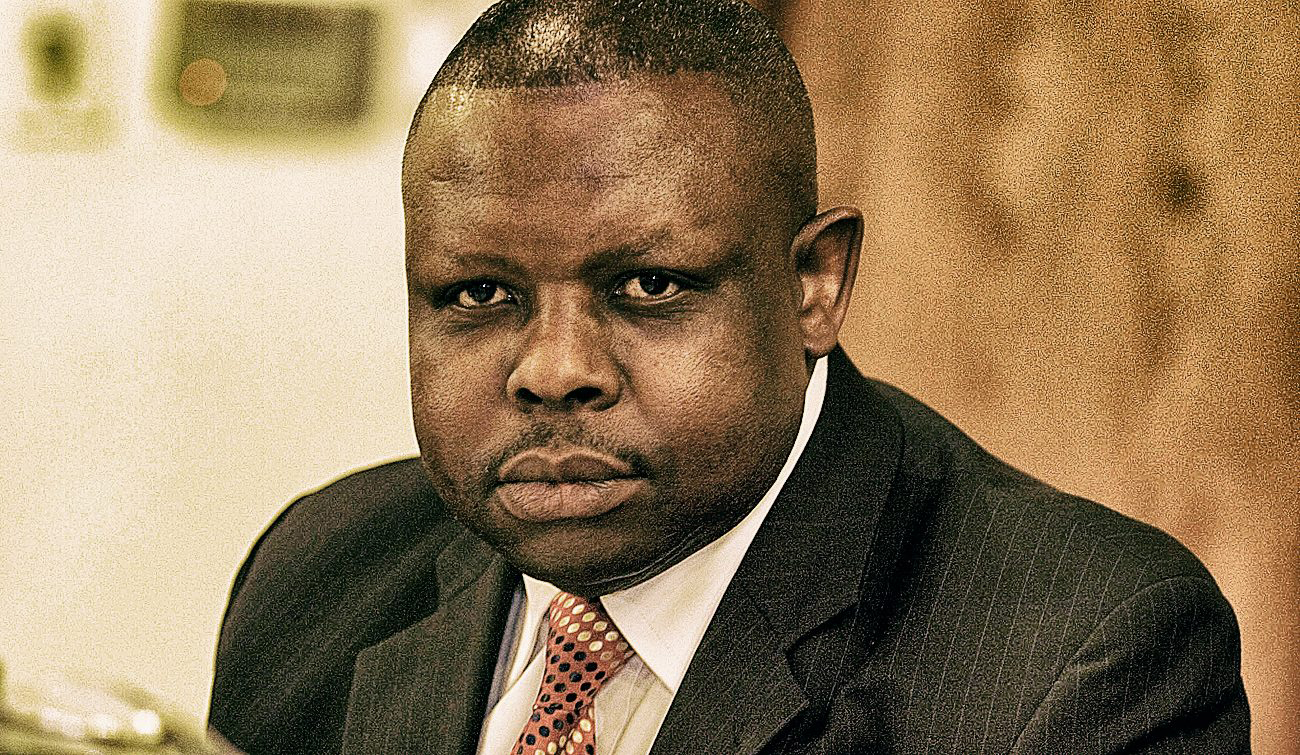 Chief Justice Mogoeng Mogoeng should urgently step in to resolve the crisis in the judiciary sparked by a serious complaint from Western Cape Deputy Judge President Patricia Goliath to the Judicial Services Commission about her boss, Judge President John Hlophe.

Allegations of gross misconduct levelled at Western Cape Judge President John Hlophe by Deputy Judge President Patricia Goliath need not be investigated by the Judicial Service Commission (JSC) in order to resolve the urgent crisis Goliath’s complaint presents to the credibility and perceived impartiality of the South African judiciary.

It is crucial that Chief Justice Mogoeng Mogoeng and Minister of Justice Ronald Lamola guard the judiciary from attack or from being undermined and disgraced from within — especially considering that some cases of serious corruption revealed at the Zondo Commission of Inquiry into State Capture are about to head to South African courts.

The veracity of Goliath’s allegation that Hlophe assaulted a fellow judge can very easily be investigated without dragging the JSC into it. First, the identity of the judge who was attacked is known not only to Daily Maverick, but other judges as well.

It is also known that this judge filed an affidavit with regard to the assault, but was urged by two fellow judges to drop the case against Hlophe. These two judges, too, could easily be interviewed.

There should be medical records of the attention the judge required when his head was split open, apparently on a door hook, after being assaulted in chambers. There are medical records also, supposedly, of the injuries Judge Salie-Hlophe is alleged to have suffered to her hand after an “incident” at her home and involving her husband, as revealed by Goliath.

This, we would argue, is sufficient for the Chief Justice or the Minister of Justice to act immediately. Nothing is preventing a preliminary investigation by a team consisting of three Judge Presidents – rather than the JSC – to establish whether there are reasonable grounds to believe that an assault by Hlophe on a fellow judge took place.

The chilling silence from fellow senior judges in a division where the two most-senior judges are at each other’s throats in public, also speaks volumes about the apparent fear, loathing and intimidation that stalks the corridors of justice under Hlophe’s, and ultimately Mogoeng’s watch.

That Judge Goliath provided a lone voice is disturbing.

The JSC and its Judicial Conduct Committee (JCC) is not known for the speedy resolution of any crisis in the judiciary. It has spent years, well 12 to be precise, prevaricating on several grave accusations relating specifically to Judge Hlophe.

In May 2008, all 10 Constitutional Court judges lodged a complaint with the JSC against Judge Hlophe for his alleged attempt to interfere in matters regarding former president Jacob Zuma. Endless delays and challenges led to stasis.

In the end, Freedom Under Law (FUL), an NGO, instituted legal proceedings against the JSC to compel it to do its job with regard to the complaint about Hlophe by fellow judges. The Supreme Court of Appeal, in that instance, branded the conduct of the JSC as “irrational”.

It took the JSC more than a decade to decide not to impeach Judge Nkola Motata, who was accused in 2007 of drunk driving, crashing into a wall in Hurlingham and hurling insults at the owner of the home.

The latest sordid episode to erupt from the genteel corridors of the Western Cape Division is that Judge President Hlophe not only tried to influence the appointment of judges in a High Court challenge to Jacob Zuma’s secret nuclear deal with Vladimir Putin, but also assaulted a fellow judge in chambers, intimidated other judges as well as found himself caught up in some sort of sexual impropriety involving legal colleagues.

Chief Justice Mogoeng has already had to contend with a mysterious break-in at his offices in the early hours of the morning in March 2017, purportedly by rogue SSA agents. The High-Level Panel Review into State Security revealed in 2019 that Zuma had run a parallel intelligence structure in the SSA to serve his political needs.

The “thieves”, in that case, made off with 15 computers containing “sensitive” information about Constitutional Court judges. It appears that this investigation has unsurprisingly disappeared into a vortex of nothingness.

This event should be held in mind when considering this current mess in the Western Cape division and what appears to be further attempts at undermining the independence of the judiciary and judges.

In the meantime, there are growing calls, including from the National Association of Democratic Lawyers (Nadel), FUL as well as the Democratic Alliance, for Hlophe to be urgently suspended while an investigation is launched into the latest allegations.

Chief Justice Mogoeng Mogoeng must offer bold and brave leadership with regard to the Hlophe vs Goliath matter considering his own views on the importance of a respected judiciary.

Mogoeng needs to give the South African public assurances and direction on a situation that is clearly untenable and critical if the judiciary is to be taken seriously and not undermined at this crucial point in South Africa’s post-apartheid history.

Nicole Fritz, Executive Director FUL, in a statement, supported Nadel’s call for the suspension of Hlophe.

“The current head of the Western Cape High Court is compromised. Until such time as a proper investigation is completed and all consequential processes – which may include impeachment – are completed, Judge President Hlophe cannot be allowed to exercise the powers of a judge,” said Fritz.

Fritz said Nadel’s call “is clearly right in principle: no judge should sit in judgment while himself facing serious allegations which go to his or her fitness to hold office, let alone lead a court.”

Fritz added that Hlophe’s response to “this call by an important representative body of legal practitioners is very clear”.

Hlophe, she said, according to the official roll of the Western Cape High Court released for Monday, 27 January 2020, “has made himself the presiding judge in its most public court: the motion court. There he will engage with legal practitioners and the ordinary, often unrepresented public”.

In the meantime, the official position of the Department of Justice is that all complaints against judges and matters related thereto are handled and dealt with by the JSC through its sub-committee the JCC.

Judiciary Spokesperson at the Office of the Chief Justice, Nathi Mncube said:

“It will be inappropriate for the Chief Justice to entertain any questions relating to a matter that is currently under investigation by the JCC.” DM