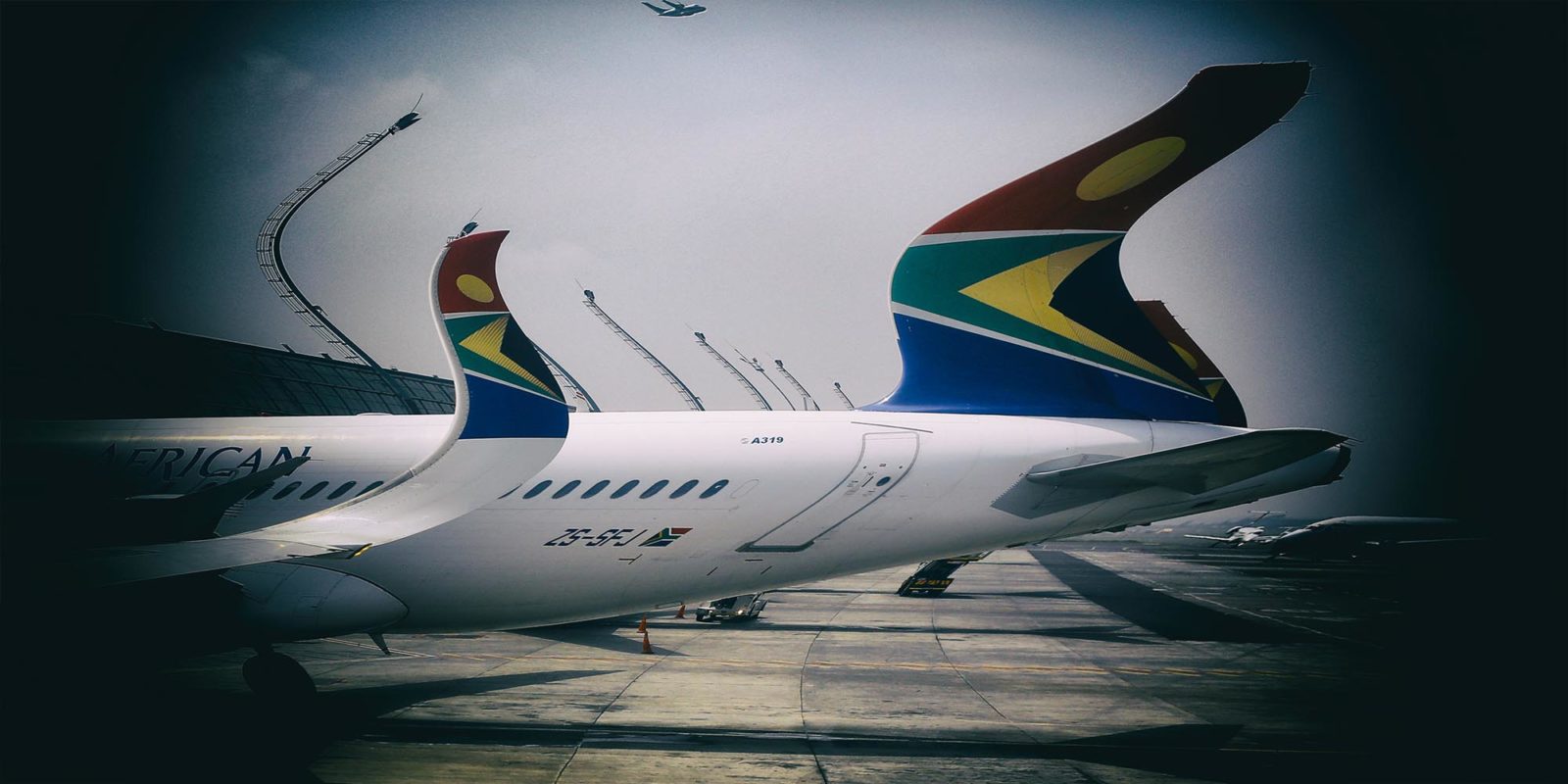 An embattled South African Airways announced on Tuesday that it had cancelled selected domestic and international flights in a bid to cut costs and ‘optimise the airline’ ahead of an expected R2bn cash injection from National Treasury.

On Tuesday 21 January 2020, South African Airways (SAA) announced that it had cancelled 38 domestic and international flights between 20 and 24 January 2020.

SAA said it would be working with partner airlines to “minimise disruption”. 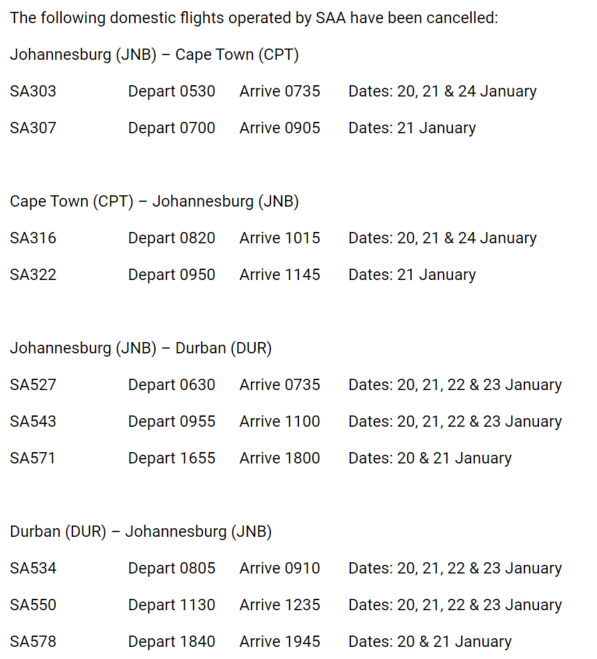 The airline, which is under business rescue, said the cancellations were a “responsible strategy” to cut costs and “optimise the airline’s position ahead of any further capital investment”.

However, the statement added that SAA’s decision was in line with the airline’s usual policy of “reviewing flights and consolidating services with low demand”.

The struggling parastatal has an estimated R15-billion worth of debt and awaits a R2-billion emergency cash injection from the National Treasury.

Without the funding, SAA’s future is uncertain, with further flight suspensions a distinct possibility and liquidation the worst-case scenario.

The liquidation process would signal the death of SAA with job losses, a shutdown and the sale of assets to settle its outstanding debts.

In November 2019, the airline cancelled flights amid a mass workers’ strike led by the National Union of Metal Workers of South Africa (NUMSA) and the South African Cabin Crew Association (Sacca). Workers were demanding an 8% wage increase at the same time as the airline was contemplating retrenchments and trying to avoid the late payment of salaries.

NUMSA spokesperson, Phakamile Hlubi-Majola, said the union would be issuing a statement regarding the current round of cancellations.

In a previous statement issued on Monday, SAA promised that there would be no flight disruptions despite media reports saying it would cease operations: “South African Airways (SAA) wishes to assure its customers and stakeholders that flights to all its destinations continue as normal.”

This was in response to a tweet from travel agency Flight Centre that advised its customers that SAA “has cancelled a number of their domestic and international flights. We are in the process of contacting our customers to advise and assist. Should you be affected and wish to discuss your options, please contact your Travel Expert.”

It seems the possibility exists for further flight schedule amendments over the next few days.

“Any operational changes will be communicated to our travel trade partners and customers at the earliest opportunity and passengers will be re-accommodated on other airlines wherever possible,” SAA says. BM