Unholy alliance’s problem: No core beliefs other than saving themselves through weakening Ramaphosa, ANC and South Africa 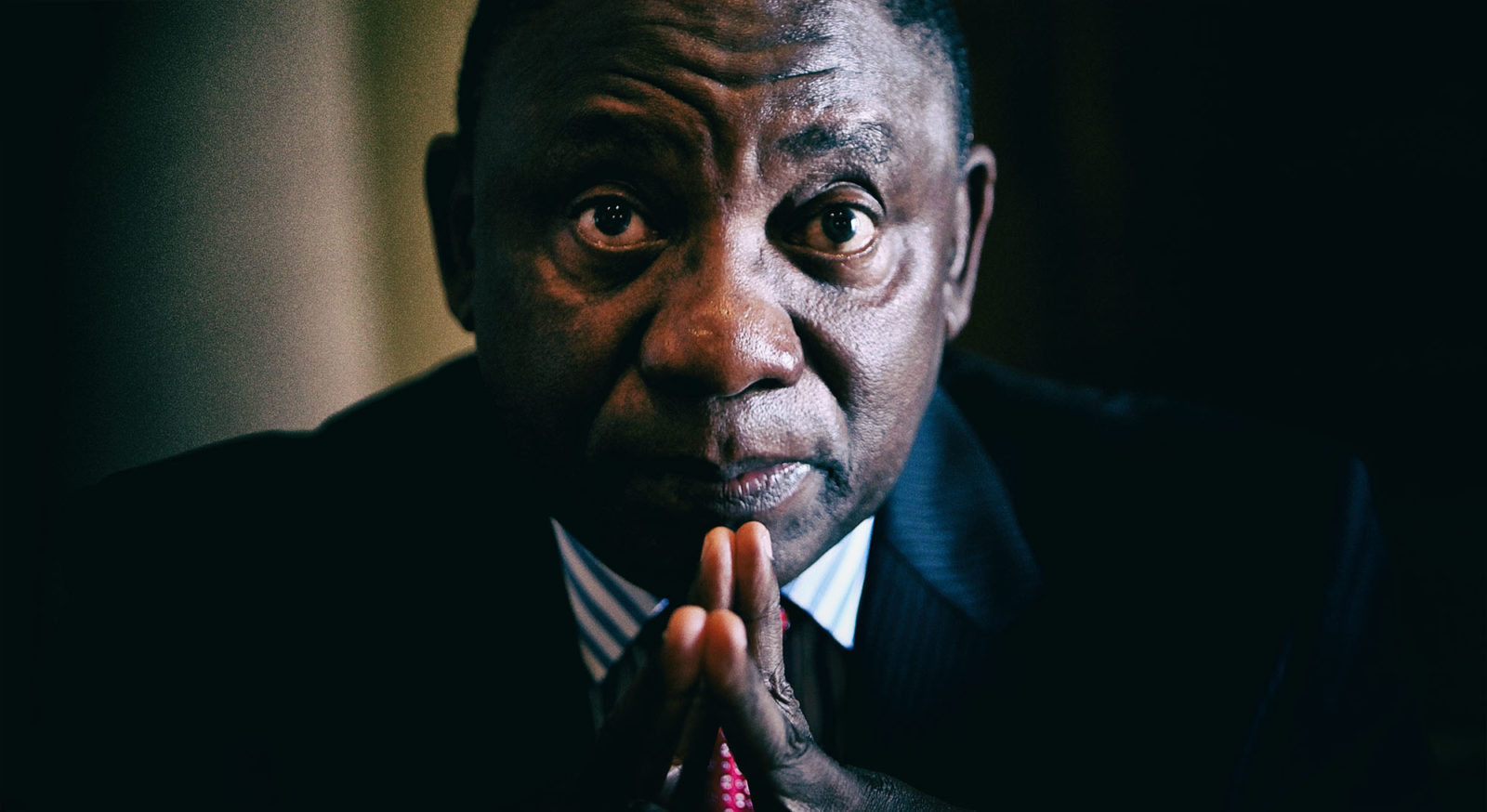 One of the biggest possible indicators of our medium-term political future is the measure of political power held by President Cyril Ramaphosa. At the moment, he appears to be under fire from almost every corner, making it vital to properly assess his present political position.

The past few days have seen several claims that President Cyril Ramaphosa is losing his grip on the ANC. The calls — sparked, it appears, by Deputy President David Mabuza — for Pravin Gordhan to be removed are one of the biggest drivers of this perception. Another may be that this year’s January 8th statement in Kimberley was particularly lacklustre. So obvious was the lack of any new meaningful message that even long-term ANC members are asking “Wherefore art thou, my ANC?”.

At the same time, the persistent suspicion that there will be some kind of move against Ramaphosa at the ANC National General Council later this year has led to assumptions that he is losing political power.

Then, on Wednesday afternoon, 15 January, a group of veteran ANC members, who have been Ramaphosa’s loudest cheerleaders (they started campaigning for him long before the Nasrec conference), issued a statement condemning those who are against him. As they put it:

“Eskom’s decades-long management failures were compounded by criminal State Capture, aided and abetted by a range of ministers in Jacob Zuma’s disastrous administration, as well as a coterie of thieves appointed to successive boards of Eskom. Pravin Gordhan is not one of them.”

They go on to say that there is “unity” of people who oppose Ramaphosa because he is fighting corruption. Just this statement alone may be a signal that parts of the ANC feel the fierce urgency of protecting Ramaphosa, now. It may in some ways almost be construed as a cry for help.

Certain other events also indicate that his power is waning.

One of the problems Ramaphosa is facing is that two of his major allies are now becoming weaker too. Energy and Mineral Resources Minister Gwede Mantashe (who is also the ANC’s National Chair), is certainly less powerful than he was six months ago, mainly because of his own actions. Mantashe’s inexplicable behaviour in claiming to have paid off journalists to prevent the publication of details of his relationship with a younger woman and then retracting that claim may well have lost him some support among the voting public.

And then there’s Eskom. Mantashe is being painted as the man preventing independent power producers from selling all the electricity they produce to the national grid. While he may claim that he has certain procedures he must follow, he is in danger of becoming one of the symbols of load shedding.

Gordhan also has problems. His role in allowing SAA to be taken into business administration and the continued problems at Eskom can also be used to weaken him.

Then, there are the general problems of governance.

Because of the simple lack of governance during the Zuma years, life is still getting worse rather than better for many South Africans. This is now being blamed on the man currently in charge. That may not be fair, but politics (and life) usually isn’t. In this case, it is being used by those who oppose Ramaphosa (even if some of them are partially responsible for the current situation).

All of this indicates Ramaphosa may well be losing grip over his organisation. However, it does not necessarily mean his opponents in the ANC are becoming stronger.

So much is now in the public domain (through reporting by the media, whistleblowers and the Zondo Commission), about what happened during the Zuma years that it makes it difficult to blame all of this on Ramaphosa. Also, more recent events, such as the pillaging of VBS Mutual Bank have been well-explained and publicised.

But the real problem that Ramaphosa’s opponents have is that they still appear to have no one person who could take over from him. This has been their persistent weakness and his persistent strength.

On top of it, those who oppose the president (like those who call for the removal of Gordhan), actually all have very different agendas – making it an unholy alliance. This makes it difficult for them to work together. For them to achieve their aim, they would have to be able to decide who would actually take over and what would have been the next step.

Aligned to this is the problem of Ramaphosa’s personal approval ratings. The last publicly available figures give him an approval rating of 62%. It is fairly likely that this rating has dropped significantly since then. But people who have supported Ramaphosa in the past and are frustrated with him now may well have changed their view, not because of anything he has done, but because he has not acted strongly enough against his opponents.

In other words, again, while his approval rating may be dropping, this is not leading to a strengthening of support for his opponents in the ANC. They are not getting any more popular, a perennial problem that they simply cannot address – there’s just so much that the investigative media has brought into the public domain that paints them as incompetent, corrupt and downright dishonest.

It is probably also the case that any decline in Ramaphosa’s support is completely and utterly intertwined in the situation within the ANC. The January 8th statement simply, and politically safely, parroted Nasrec resolutions because the National Executive Committee cannot agree on anything other than the text that was approved more than two years ago. If that is the case, how could this group of people decide to either remove Ramaphosa from the presidency or even who should take over? Would the ANC even survive such a move?

Tied to this is the almost complete decline in support for Zuma. He is now telling the Zondo commission that his health is a “matter of state security”, and that he is unable to answer questions. But, as Business Day reported on Wednesday, he has failed to tell the National Prosecuting Authority that he is unable to appear in court as currently scheduled on 4 February for the charges he faces. And there appears to be no indication at the moment of him having strong political support in any way.

Those who oppose Ramaphosa in the ANC will surely know all of this. That means their real agenda may be to simply bite into his power as much as possible until something changes that makes it possible for them to win. There may well be no move to unseat him personally at the NGC, but that this is all about the ANC’s next leadership conference in two years and 11 months’ time. In other words, it’s about positioning.

However, with the ANC currently at 58% of the vote, it is hard to see who in the party could help it to win an election in 2024 if Ramaphosa is not the face on its election posters.

There are several factors which could still prove decisive in all of this.

Should the NPA charge people like Zuma, ANC Secretary-General Ace Magashule and several others, and should they actually appear in court, Ramaphosa’s personal approval levels could start to rise again into untouchable space.

However, should he find that he is hurt at the NGC in some way, and if he ends up with his room for manoeuvre severely limited, even more than it is now, those popularity ratings could enter a downward spiral.

The biggest danger facing the ANC (and the country), is that Ramaphosa’s opponents succeed in another way. For those worried about facing criminal charges and a strengthened NPA, the best course may be to simply cause, and continue causing, as much instability as possible. If they are able to weaken both Ramaphosa and their own ANC, it could mean they are safer than they are with a strong ANC and a strong Ramaphosa. They, as individuals, could actually be better off with no strong centre of authority. As a result, they might do whatever they can to achieve this, never mind the consequences for everyone else.

It is no secret that South Africa is a difficult place to govern and that it has been severely misgoverned in the past decade, and that it was always going to be difficult to resolve those problems. For that to happen, a strong political centre may be necessary. For the moment, it appears that that centre is actually going to weaken in the shorter term rather than strengthen. The biggest indicator of whether that is happening is what happens to Ramaphosa himself. Strap yourself in. DM