Diary of a Metrorail kid 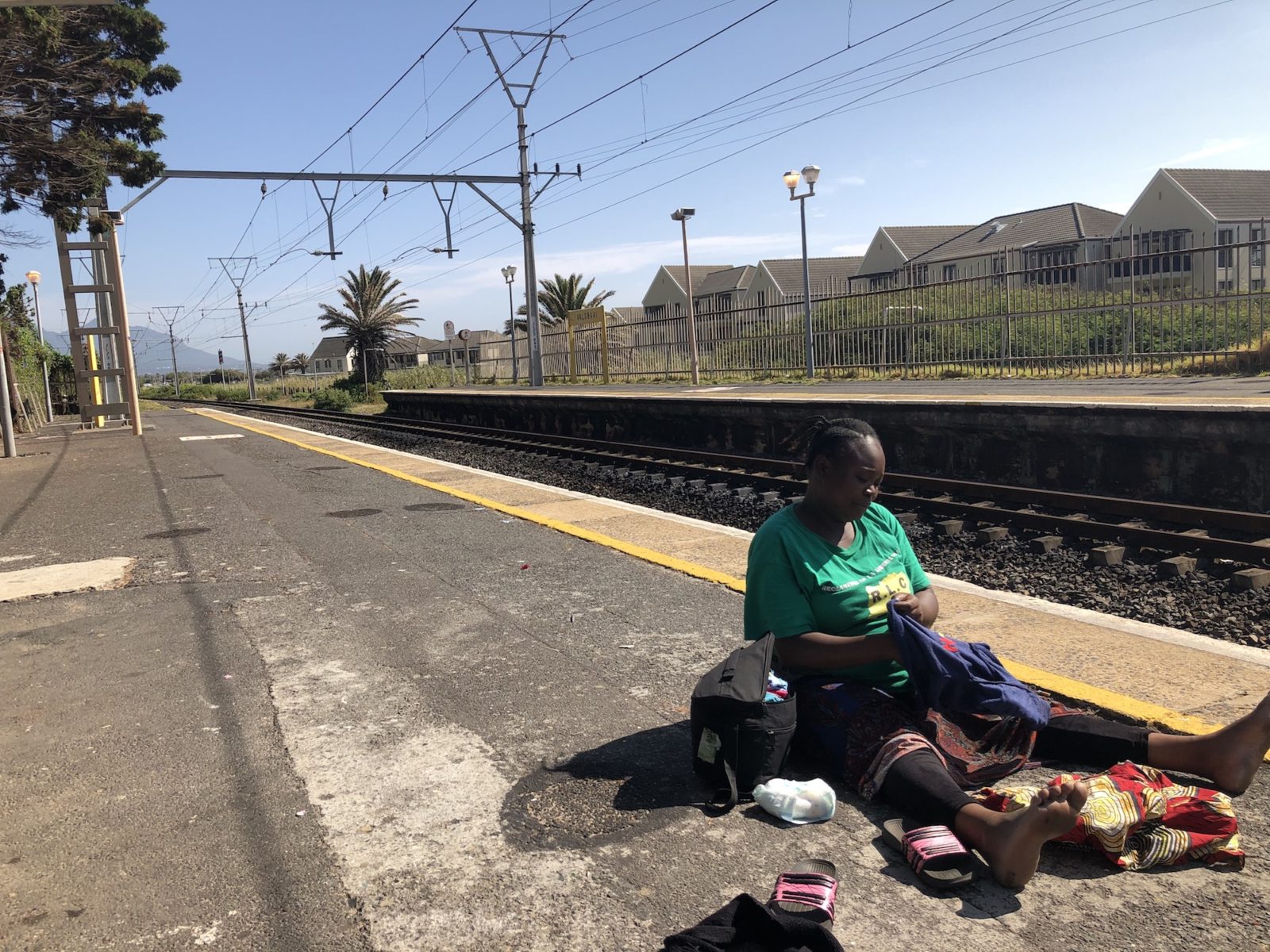 Carmel Musimu and her family waited more than four and a half hours for their train to Elsies River. Photo: Lucas Nowicki

The daily gamble with commuters’ time.

Each day is a new experience when you are taking Metrorail. Every time you enter the train station you are gambling with your time. Often, commuters on the Southern Line lose that gamble.

It is 7.05am on my first day of work for the year. When I enter Valsbaai station, the only officials I see on duty are Metrorail ticket checkers. I can see no security guards on either platform.

The train arrives at 7.25. I initially get on a Metroplus carriage. But most of the seats have been vandalised, leaving sharp nails sticking out. The constant vandalism means that Metroplus is usually empty in the morning, so for safety I get on a Metro carriage at the next station.

After I find a seat in Metro, an older woman walks up to me looking concerned, indicating I should take out one of my earphones.

“Take it out now or else you will be robbed,” she says.

I look around nervously and place my earphones in my bag.

I overhear at least three people calling their bosses to tell them that they will be late for work. Two people jump off the train and climb over the fence next to the railway so that they can take a taxi. The train finally moves, only to stop for another 15 minutes at Kenilworth station.

Spokesperson for the Passenger Rail Agency of South Africa (Prasa), Riana Scott, said the long stoppages in between Wynberg and Kenilworth are due to “continuous vandalism and damage of essential infrastructure” where rail operators are “currently subject to these alternative working methods to ensure safe operating conditions”. These methods include “manual authorisations and speed restrictions”, causing significant delays.

I finish work at 3pm and make my way to Rondebosch station. The station is already crowded due to a number of previous train cancellations.

While I am waiting, I see someone next to me sending a message to a WhatsApp group named “Southern Line commuters”. I realise that because train times are no longer reliable, daily commuters have started creating WhatsApp groups where people at different stations can communicate where trains are.

Many people who have already bought tickets leave the station to take taxis. When the train finally arrives at 4.10pm, the doors of nearly every carriage are held open because of overcrowding. This means that many of the older women and children don’t board.

I manage to find a spot near the open door. It is chaotic inside. At each station the people in the carriage shout that it is too full for any more people, but people on the platform ignore this and pile into the train, with arguments and pushing.

I only get home at 5.15pm, more than two hours after finishing work.

I reach Valsbaai station around 7.20am. There is already quite a crowd on the station when I buy my ticket. After an hour with no trains on either platform, I call Metrorail, who inform me that a power outage in Woodstock has caused major delays and cancellations.

Commuters at the station are frustrated with officials, saying that they should have been told that there were no trains when they bought their tickets. By 9am most people have left the station to take taxis.

Commuter Carmel Musimu says she has been waiting at the station since 6am with her family who are trying to get home to Elsies Rivier. She says they have already bought tickets so they are intent on waiting.

The train eventually arrives at 10.30am, after Musimu and her family have waited more than four and a half hours. I get to work at 11am. I don’t know how long it took Musimu get home. DM

See also Daily Maverick report here from November 2019: Arson or no arson, Nyanga Junction is all too frequently non-operational