In defence of South African hope 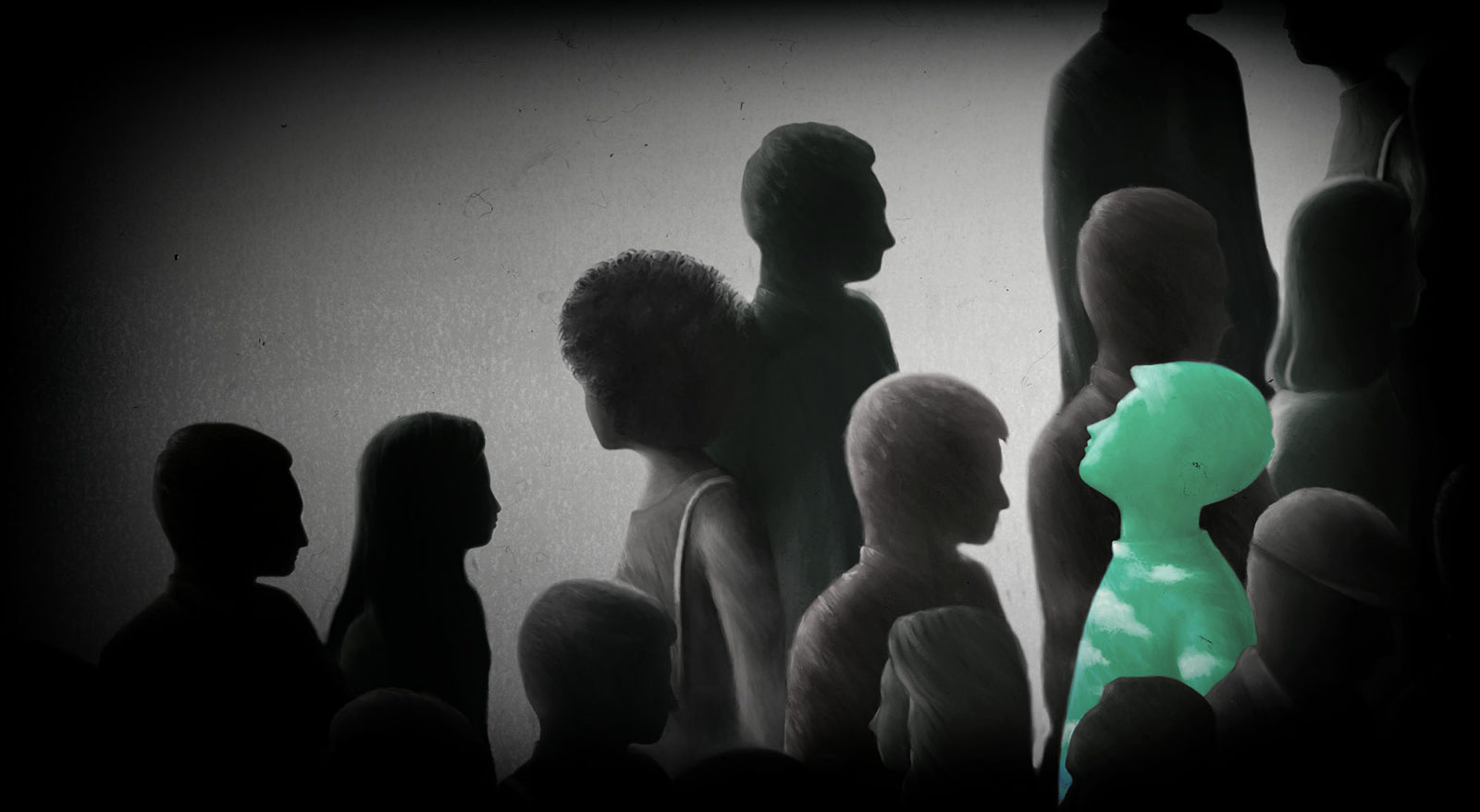 Civil society, NGOs, the courts and the media combined to expose plunder by the country’s elected political elite, says the writer.

To guard against being overwhelmed by the electronic debris that is the global contemporary news cycle, you need to go looking for True North. The compass has always been approximate so you have to do some of the work, in the real world, that is.

Cast your mind anywhere across the globe now, or the past decade, and you will see — through a window on what passes for reality — roiling chaos, intolerance, violence, the rise of authoritarian regimes and deep inequality and poverty, becoming a global malaise.

You will see consuming forest infernos, murderous floods, obliterating droughts. You will spot the private no-name militia protecting illegitimate regimes and their oil reserves, their tin, their tungsten, their diamonds, their uranium, the minerals extracted to drive successive waves of industrial revolutions taking place on and in your personal electronic device as we speak, possibly stealing your next job and rendering you obsolete.

You will find the malignant president of a country which regards itself as the most powerful in the world telling his supporters he could “stand in the middle of Fifth Avenue and shoot somebody and I wouldn’t lose any voters”.

A tycoon and former reality TV star who can now threaten the destruction of another country’s cultural and religious monuments, safe in the knowledge that no matter what he does, he, and his, will not be held accountable.

You will find shameless kleptocrats, authoritarian political performers and their intercontinental lubricants — the bankers, the accountants, the consultants, the businessmen — shifting public money into private hideyholes in suspect buildings from the Netherlands to the Cayman Islands, from Belize to Cyprus.

You will find political mercenary borer beetles who aim to weaken state institutions that are there to safeguard democracy, transparency, accountability. They are literally everywhere, in the US, Russia, Zimbabwe, Britain, Brazil, India, Turkey, Syria, Ukraine…

It’s the world that’s gone silly, not you.

Former president Jacob Zuma was a master at subverting the democratic state for personal political gain and great fortune. We have come through a storm, fellow South Africans.

For our US readers, we bring a vision from your future. In just 10 years Zuma almost destroyed our sapling democratic state, deploying loyalists to eat it from the inside out.

The recipe is simple: cripple law enforcement, tax collection and the treasury, weaponise the courts, try to control public media and lead a generation into a quagmire of lies and deceit (from which we here have little chance of extracting ourselves).

Zuma’s ANC surrendered the state and hocked our future to rapacious intercontinental anarchist conmen seemingly not beholden to the laws of any country in particular — all under a fictitious political cover of Radical Economic Transformation.

The philosophy is well understood in the small circle that now makes up the world’s political and business elite, that tiny percentage that has unaccountably shuffled public money up the pyramid. There has been little or no trickle-down.

The greatest beneficiaries of South Africa’s sovereign largesse are of course the Gupta family who, until they were blacklisted by the US in October 2019, lived and traded like expensive labels — Paris, New York, London, India, Dubai, Saxonwold.

If the country is now forced to think of selling off battered SOEs to private interests to survive, it is because Zuma’s forces of RET, who still linger in the hope of ultimate victory within the ANC, flung open the treasure chest and said “here, help yourself, we don’t do banting here, go the whole hog”.

You will find populist politicians in the same space, beguiled by the labels and baubles of capitalism, hiding designer suits beneath their overalls, wearing shoes made in factories in Shenzhen where workers toil under dubious conditions.

But fling open another window and in rush the fresh winds of growing rebellion and resistance across the globe. Whether the world survives the climate crisis our consumptive and unconscious way of life has created, is yet to be determined.

The South African protests, of course.

No generation escapes the stench of politics and the jackbooted march of history in its time, even those among us lost to smartphones and social media chimeras.

And soon, when history comes banging at your door, you’d better be ready. Colonisation, imperialism, two world wars, 9/11, apartheid, late 20th-century decaying capitalism, climate crisis; none wait to be invited inside — they’d rather smash your gates.

But it is key to remember this:

“No one is in charge of the process, this is what makes history so interesting, it’s a runaway freight train on a dark and stormy night,” Charles van Onselen quotes Terence McKenna in my book of the year, The Night Trains.

(Van Onselen’s book should be a compulsory read for anyone wanting to understand the cost exacted by South Africa’s nascent economy on human life and dignity).

That no one is truly in charge is where the advantage lies for those of us hoping that the world’s pendulum will swing back towards human solidarity, collaboration, sanity, accountability, decency and a social compact that should exist between governments and those who elected them, as well as corporations and those who work for them.

At the very centre of this pushback are the world’s anonymous whistleblowers — our community ombudspeople — who, often at great personal risk, expose the lies, the deceit, the abuse, the corruption.

While some whistleblowers might be duplicitous, others have been driven by an ethical compulsion to do what is right. In the end, however, the motivation does not matter; the courts will test the truth of what whistleblowers bring to public knowledge.

Two whistleblowers were responsible for exposing the extent of the Zuma government’s nexus of corruption, contained in a hard-drive which formed the core of the #GuptaLeaks.

Testimony to the Zondo commission of inquiry this year should leave no doubt as to the veracity of the massive fraud that has been uncovered and who exactly the key roleplayers are.

Together with civil society, NGOs, the courts and the media, this corrosive and utterly ideology-less plunder by the country’s elected political elite was exposed. As 2020 approaches, Zuma is a spent force.

South Africa, not quite yet.

It was whistleblowers and the strength of South Africa’s institutions, its courts and its citizens, which prevented the signing of a R1-trillion illegal, secret and ruinous nuclear deal that Zuma had been pushing.

In this instance Ecodefense, a Russian environmental non-government organisation, leaked a copy of the confidential September 2014 agreement between South Africa and Russia to two South African activists, Makoma Lekalakala and Liz McDaid.

It was two whistleblowers who exposed how R42-billion in unpaid pension benefits to South African pensioners was irregularly “deregistered” and placed under private administration — for a fee of course.

It was a whistleblower who exposed how South African Public Protector Busisiswe Mkhwebane colluded with a State Security Agency “economist” who allegedly authored a paragraph in her Absa/CIEX report calling for a change in the country’s Constitution.

It was a whistleblower who on the morning of Thursday 27 June 2019 tipped off this publication that the 14 bags of garbage left outside a Camps Bay villa after a week-long stay in Cape Town by EFF leaders for the presidential State of the Nation Address might reveal the walk rather than the talk of the populist, armchair, Gucci-socialist, Pan-Africanist devotees.

It was a whistleblower who worked in the US intelligence community whose evidence has led to the decision to impeach Donald Trump.

Trump has unsurprisingly attempted to flush out the source, bullying them on Twitter, that geopolitical, coldhearted, liminal space with few checks and balances, where the contemporary battle for truth is subverted by bots and trolls.

There are other whistleblowers in the wings, biding their time. They are always there.

While states and governments across the globe might be under the impression that citizens are voting fodder, willing participants in a charade where we are dazzled with songs, slogans, bullets and balloons, it is clear that we, the people, are watching those who govern us.

But the power and the strength of the whistleblower can only be honoured if institutions of state have not been corroded or dismantled and where the rule of law will draw the line. No one is above it.

In the meantime, expect more distraction deployed as political strategy.

This is the politics of inevitability and infinity as identified by author Timothy Snyder in The Road To Unfreedom.

“The politics of inevitability is the idea that there are no ideas. The market as substitute for policy.

“A distraction replaces concentration, the future dissolves in the frustrations of the present, and eternity becomes daily life. The oligarch crosses into real politics from the world of fiction and governs by invoking myth and manufacturing crisis,” writes Snyders, conjuring up familiar political terrain.

On the ground, however, the threads of human solidarity the authoritarian and populist leaders seek to destroy are being picked up and woven into a new tapestry. Greta Thunberg, herself still a child, has become the face of resistance to wanton environmental destruction.

It was Alaa Salah, and other women, who led the Sudanese revolution ousting Omar al-Bashir in April 2019, after 30 years of dictatorship.

Across the globe, abused and neglected people are reaching out to help others, without, and in spite of, their governments. Women across the globe are rising up against gender-based violence which thrives in today’s brutish political environments.

It is happening in South Africa, away from the headlines and the distracting press conferences called by political narcissists with the conviction that journalists are their stenographers/apologists.

People are doing it for themselves.

A recent land conference that took place in Ceres in Cape Town revealed many growing and successful partnerships between white commercial farmers and emerging farmers, without any help from government.

Across the country, activists have assisted families to access their rights enshrined in the Constitution, from the “compensation” that government must pay to the parents of little Michael Komape who drowned in a pit latrine, to the relatives of those who perished needlessly during the Life Esidimeni scandal.

To find True North, stick with those who seek it, too.

I have entered 2020 with a bit of Czech statesman Vaclav Havel in the mix.

“I just carry hope in my heart. Hope is not a feeling of certainty that everything ends well.