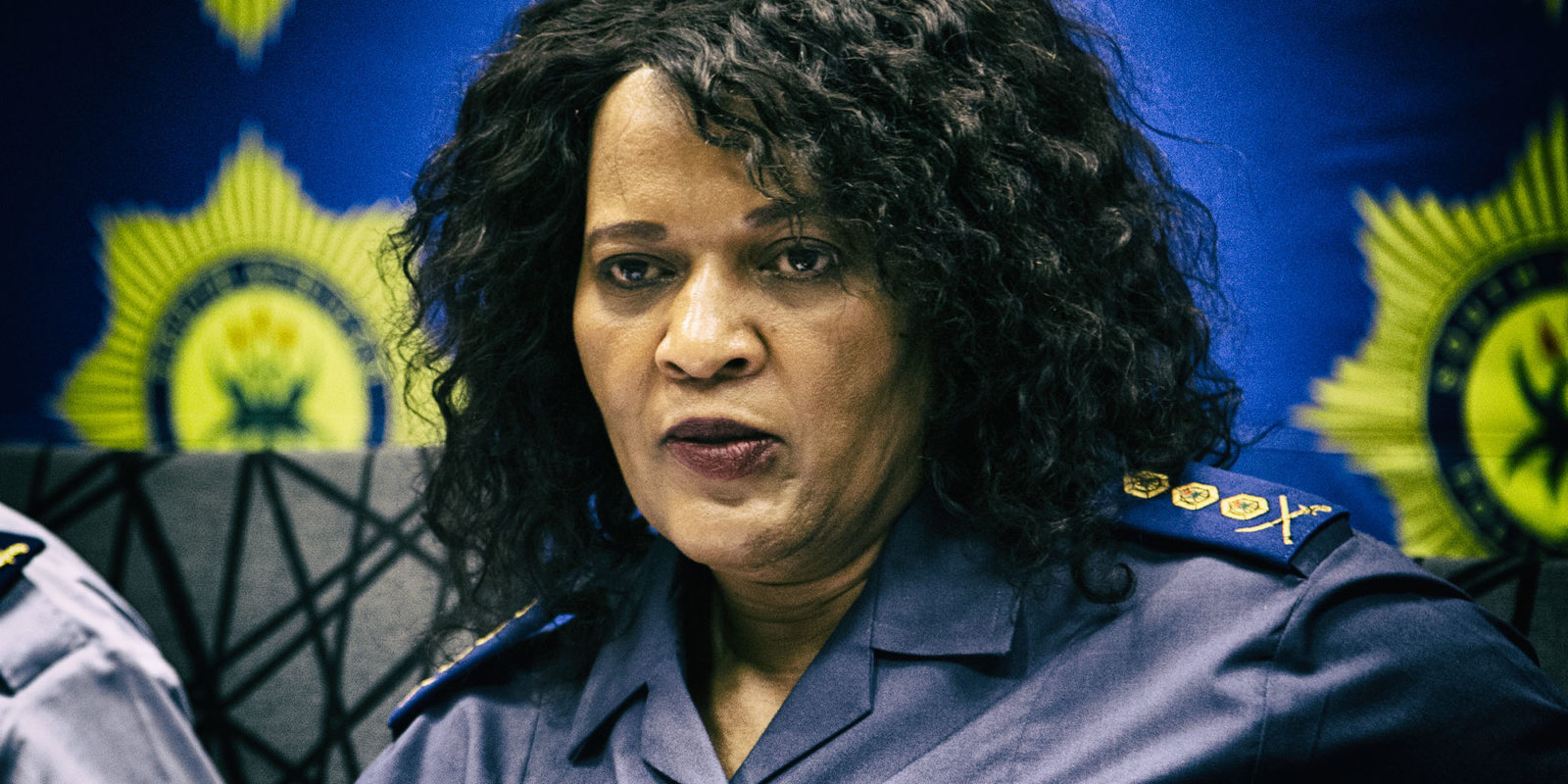 Lieutenant General Yolisa Matakata, former head of the Hawks, is now police commissioner for the Western Cape. This is no easy post in a province where crime and gangsterism has a tight grip on residents of the Cape Flats and surrounds.

The Western Cape’s new top cop, Lieutenant-General Yolisa Matakata, is finally getting to grips with the task she’s faced with and she already knows what she wants to focus on. On Monday morning in Cape Town, Matakata was introduced to Western Cape Premier Alan Winde and MEC for Community Safety Albert Fritz by Deputy Minister of Police Cassel Mathale and National Commissioner of Police General Khehla Sitole.

Previously, Fritz and Winde had a problem with the possible selection of a new police commissioner, but with Matakata’s appointment, it seems they are in agreement. Fritz took SAPS to the Public Protector, citing “political interference” in the appointment of a new police commissioner, accusing the ANC of interfering in the process. This was after the apparent removal of Major-General Jeremy Vearey’s qualifications from his sealed application. Vearey, a career policeman and former Umkhonto weSizwe member with links to the ANC, was widely considered the best person for the job. As a result of his qualifications not being submitted with his application, Vearey did not make the shortlist.

Following Vearey speaking out about this, the ANC in the Western Cape appealed for the process to be restarted. The position was then re-advertised by the Minister of Police.

Fritz said in a statement in October 2019:

“I am disappointed that ANC members, and rumours of interference from national-level politicians, have derailed an important process, setting back our urgent need to fill this post so we can bring safety to our residents. It is this alleged interference that I have asked the public protector to investigate. In the interim, I believe it is the best course of action by the National Commissioner to advertise the post as it has been compromised by the ANC. I hope that this second process will not be similarly derailed post facto.”

The post was re-advertised and in December 2019 Minister of Police Bheki Cele announced Matakata as the province’s police commissioner — the first female appointed to the job.

On Monday, political fights between parties took a back seat as Winde and Fritz publicly pledged their support for Matakata. Winde said the provincial government and its governing party, the DA “pledge our support politically”. Winde said he had spoken to the official opposition leader in the Western Cape legislature, the ANC’s Cameron Dugmore, asking him and the party to support Matakata, as well as introducing her to other opposition parties within the legislature so they could stand behind her “in unity”.

At Monday’s briefing, all present agreed Matakata needed the full support and collaboration of all political parties in the province, to fight crime and especially gangsterism in the Western Cape. Crime is a pressing issue in the province as six of the 10 police stations with the highest reported rates of murder in the country are found here. After a rise in gang-related shootings on the Cape Flats, the South African National Defence Force (SANDF) was deployed in July 2019 until September 2019. On the day the army was due to leave, their stay was extended until March 2020.

Read in Daily Maverick: Army stays for another six months, but Western Cape government wants seat in the operations centre

“In other provinces, there is crime. In the Western Cape, there is crime and gangs,” said national police commissioner Sitole. Matakata made it clear she would focus on five key pillars she had identified after being appointed. This included the equitable resourcing of under-resourced areas, the professionalisation of police services, fixing community-policing relationships, fixing police leadership while she is in charge and stabilising the province’s crime once the army leaves. DM