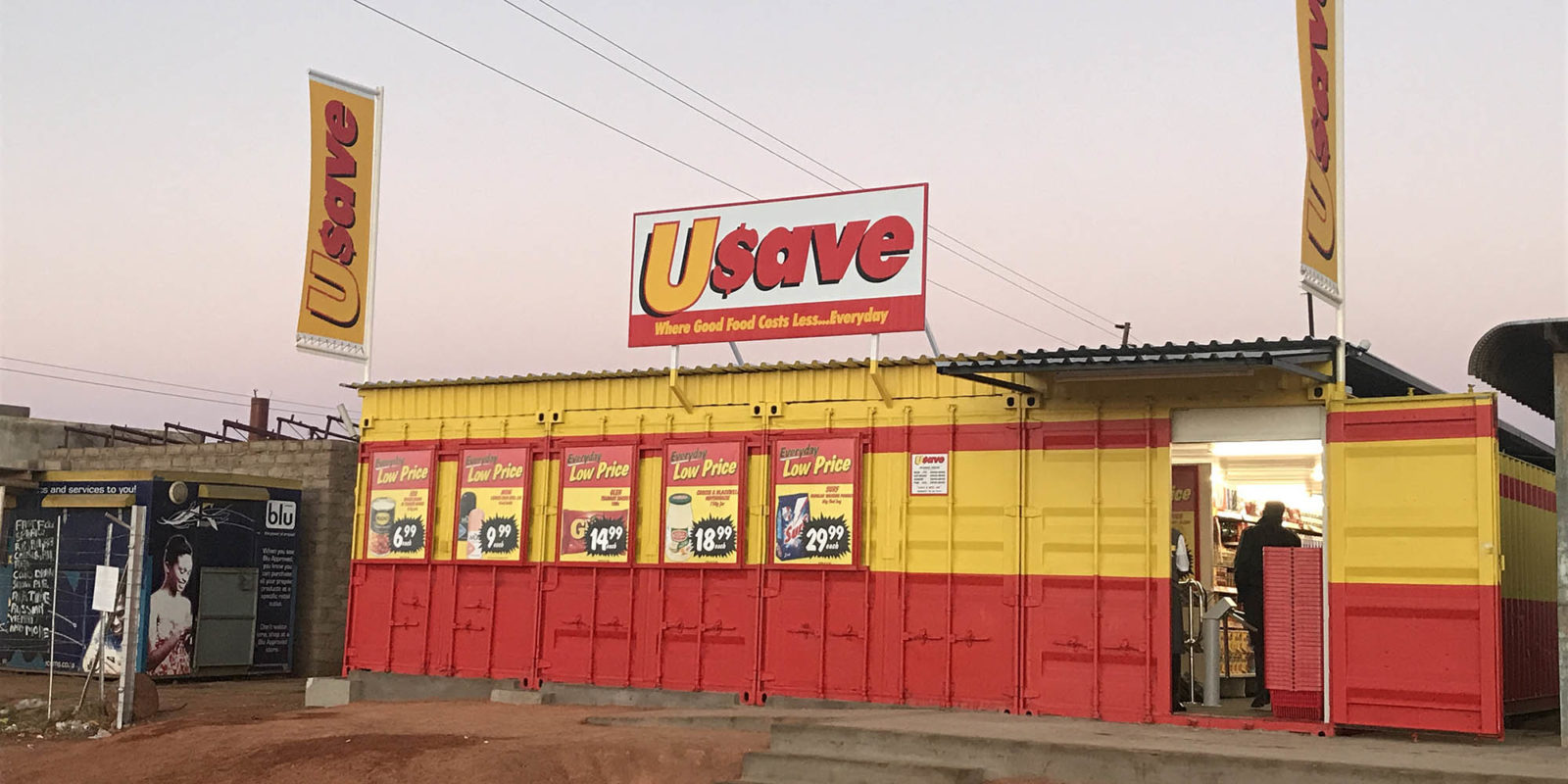 Shoprite and Pick n Pay are entrenching their positions in townships by launching new store formats – moving from the traditional supermarket in a mall to launching spaza shop-like stores in townships. (Photo: supplied)

The Competition Commission said big supermarket retailers are putting spaza shops and independent retailers in townships out of business. But big retail township players Shoprite and Pick n Pay are mum on whether they’ll stop expanding their store footprint in townships.

Tucked on page 335 of the Competition Commission’s final report into competition dynamics of SA’s grocery retail market is a finding that might deter SA’s big four supermarket retailers – Shoprite, Pick n Pay, Woolworths, and Spar – from expanding their store footprint in townships.

After a four-year probe into the dominance of the big four supermarket retailers, the competition watchdog released a 657-page report on 25 November 2019, which found that their expansion into the township is partly to blame for the failure of spaza shops and independent retailers.

The commission declared: “…the entry of the national supermarket chains [the big four] into township areas has shifted the competitive landscape in those areas. The observed decline or exit of spaza shops and independent retailers, especially in rural towns, can partly be attributed to this change.”

It also found that, “There has been a decline in the number of small independent grocery retailers operating in non-urban areas following the entry of national supermarket chains.”

Although it has been more than three weeks since the commission’s report was released, the competition watchdog made a bombshell list of interventions to lessen the dominance of the big four supermarket retailers, which grabbed headlines more than interventions linked to the township retail economy.

One of the bombshell interventions was that shopping mall landlords and supermarket retailers must stop using exclusive lease agreements which prohibit their rivals from setting up shop in the same mall and are widely viewed as being anti-competitive.

A Johannesburg-based competition lawyer said the commission’s findings on the dominance of the big four supermarket retailers might have a chilling effect on their township expansion plans. The big four are already under fire for their dominance at shopping malls in urban areas and the resultant large profits they generate. Further criticism of their dominance in townships might see them scale back on store expansions in the area, said the lawyer.

Shoprite and Pick n Pay are regarded as early movers into townships, with the former introducing stores under the Shoprite and OK brands, and the latter under its discount brands, Score Supermarket and Boxer Superstores. Their expansion would usually be through franchise agreements with entrepreneurs.

The move into townships has accelerated over the past decade due to consumers progressing into the middle-income group. It was also spurred by the development of shopping malls in townships, which were largely occupied by the big four supermarket retailers as anchor tenants that sold perishable, fresh produce and convenience food items.

Shoprite and Pick n Pay have long argued that their entry into townships has provided consumers with more choice, convenience, and lower prices as the giant retailers can use their merchandise buying power from suppliers and negotiate discounts that can be passed down to consumers.

Both retailers have argued that townships were neglected before their arrival, with residents having limited formal shopping options because they had been long-served by local and small-scale businesses — with entrepreneurs selling their goods from spaza shops or street corners.

The Competition Commission’s findings come at a time when Shoprite and Pick n Pay are entrenching their positions in townships by launching new store formats – moving from the traditional supermarket in a mall to launching spaza shop-like stores in townships. The retailers are still studying the commission’s report and didn’t answer when asked if the competition watchdog’s report might scupper their township expansion plans.

Three years ago, Pick n Pay publicly launched a programme to convert spaza shops owned by entrepreneurs in townships, into Pick n Pay franchise stores. Although the stores don’t carry the Pick n Pay name/brand the retailer and a number of its suppliers sponsored their conversion.

“Our market store programme is limited to helping a small number of independent store owners to compete more effectively and serve their local customers better. They remain independently owned stores and this will continue to be the case in the future,” said David North, the group executive for strategy and corporate affairs at Pick n Pay.

Shoprite has a similar concept in townships. Under its discount retail brand, USave, Shoprite is rolling out Usave eKasi stores, which are between 100m² and 200m² in size and built-in shipping containers. The first container store was opened two years ago in Spruitview, Gauteng. Shoprite told Business Maverick that it now operates 27 Usave eKasi stores across SA.

Professor Halton Cheadle, who chaired the commission’s probe into the grocery retail market, said it is now up to the competition watchdog to negotiate with Shoprite and Pick n Pay about their expansion into townships – whether they will be regulated or left unchecked. Once Cheadle delivered the final report, he was not involved in the commission’s discussions with the big retailers about how to lessen their market dominance.

It is worth noting that the commission didn’t make recommendations about policing the expansion of big retailers into townships. It directed its recommendations towards the government; that it should launch support programmes for spaza shop owners such as providing them with seed finance to grow their businesses and incorporate them into merchandise buyer groups to get discounts or rebates. BM