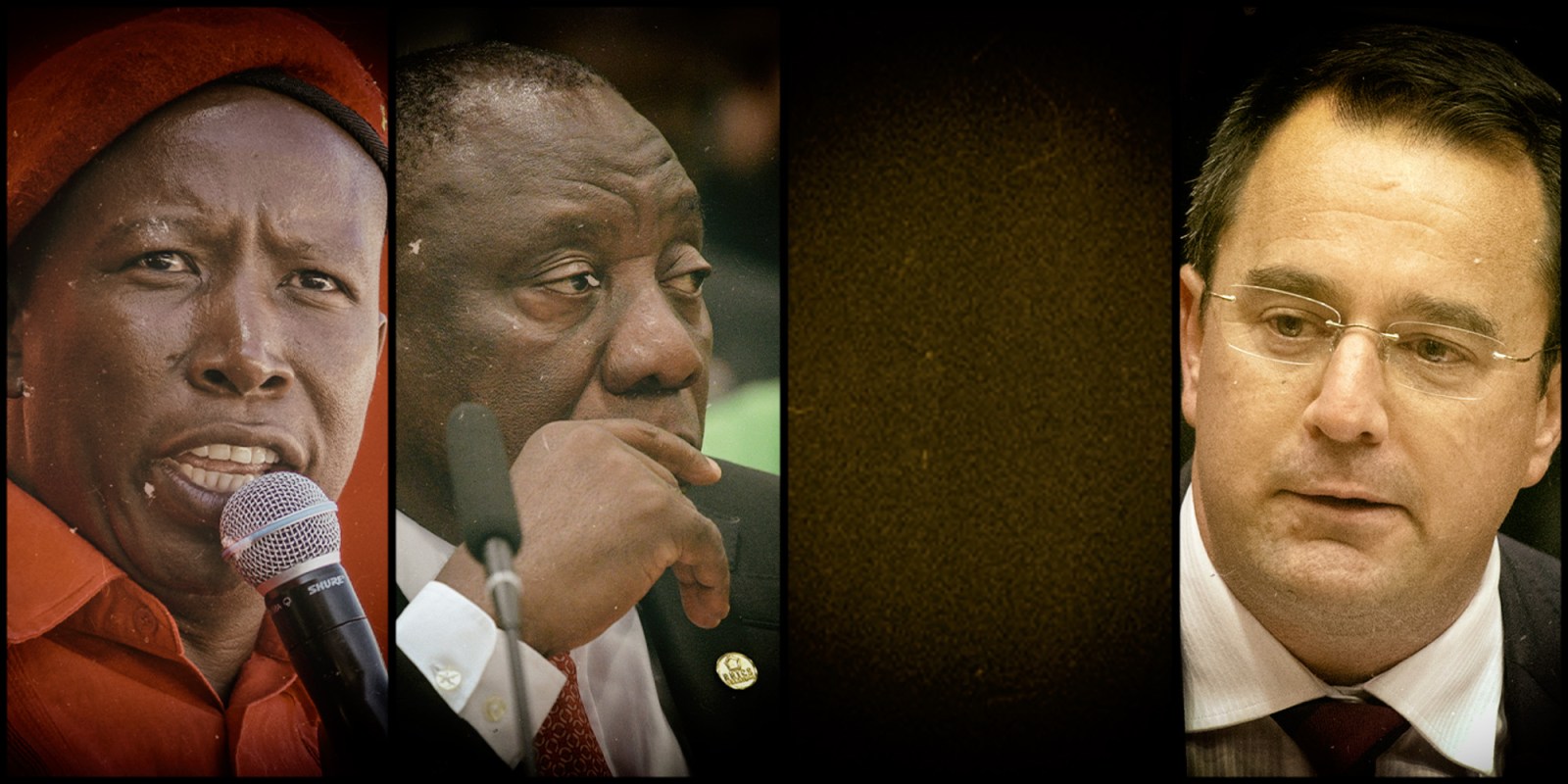 It’s a common lament among would-be voters these days: ‘There is no one to vote for.’ This appears to be a growing problem caused by the failures of SA’s three major political parties. It is a problem that is unlikely to be resolved soon.

The vast majority of South African voters have every right to be disappointed. Just under 90% of those who cast ballots in May voted for one of the big three parties: the ANC, the DA or the EFF. Since then, all of those parties have been through turmoil and serious questions are being asked about their respective leaderships. In one case, the leader who fought the election has disappeared from the scene entirely, in another there is massive division and in the third, the multiple credible claims of massive corruption.

It might seem to many that there just isn’t anyone to vote for any more; no one who is clean, who is able to take right and long-term sustainable decisions, who can make constructive changes to help fix and heal South Africa. And while there are some similarities between the parties as to why this has happened, there are no signs yet as to whether anyone will be able to solve the country’s problem.

This situation is unlikely to change by the time of the next municipal elections in 2021.

If one were to over-simplify the reasons that many people voted for their prospective choices in May, it could perhaps be summarised thus:

Most people voted for the ANC hoping that President Cyril Ramaphosa would be able to lead South Africa and fight the corruption within his own party and that the ANC would go back to what it was in the 1990s and early 2000s.

Many voted for the DA because they believed it was able to fight corruption, was relatively clean and could govern better than the ANC.

Many voted for the EFF because they wanted radical change and a proper overhaul of the current situation and system.

Since the election, the ANC is mired in internal divisions and unable to deal with the very real, and possibly fatal, governance problems that the party itself helped create. Ramaphosa’s appointments are unable to fix problems like Eskom or SAA, or almost any state-owned entity. South Africa’s problems are piling up and yet it seems there is no prospect of the economy growing. A proper downgrade by Moody’s may now be just around the corner. And, as yet, there have been only a smattering of arrests or prosecutions for those who committed corrupt acts.

For those who voted for the ANC in the hope that Ramaphosa would clean things up, there is very little evidence that he is succeeding. Or even trying.

The DA insiders have forced their leader Mmusi Maimane to resign, saw another top leader, Athol Trollip, leave with him, and elected perhaps the country’s most controversial politician, Helen Zille, to one of the top positions within the party. The knock-on effect of that has been that it has lost one mayor in Johannesburg, Herman Mashaba, and may now lose the city altogether.

Worse, through a stupid scandal, it may now lose Tshwane. Stevens Mokgalapa appears to be leaving the mayoral office because of a sex scandal.

The Economic Freedom Fighters has been rocked by scandals of its own. Its leader, Julius Malema, and his deputy, Floyd Shivambu, have faced report after report about how their lifestyles were funded through VBS looting. They have chosen not to deny the details of the reports or answer questions about them, but to simply carpet bomb the journalists with accusations of racism and flimsy conspiracy theories. The party is going to a conference this month with apparent divisions around who will be its national chair and secretary-general. Possibly sensing danger from his left flank, Malema wants to disband the EFF’s Student Command, despite the success of that body in SRC elections at campuses across SA.

Both the ANC and the DA face the structural problem of trying to manage constituencies with different interests.

The ANC is dealing with those who support Secretary-General Ace Magashule and those who back Ramaphosa. This is also about the interests of some who are trying to stay out of jail – the “fightback” faction that appears to be trying to stop any progress. This group will attack former tourism minister Derek Hanekom for allegedly siding with the EFF against then-president Jacob Zuma, or try to stymie efforts to resolve the problems at SAA.

It is about weakening Ramaphosa at every turn.

The DA has constituencies with different views on how to handle racial redress. This is over-simplified into the claim that it is about the “white caucus” and the “black caucus”. The real problem is that it is struggling to find a way to manage this issue.

For the EFF, the difference lies in the agenda of many of its members, and some of its leaders. The evidence of corruption against Malema and Shivambu, and how they benefited from VBS looting now appears overwhelming. It seems they may have very narrow interests around self-enrichment.

But many members of the EFF may want both political power and the ability to really change the state, to work against racialised inequality. This could set up an unstable situation in the party that could politically explode at any time.

Unfortunately for voters, it would appear none of these parties is going to resolve their problems soon.

The divisions in the ANC are more likely to explode at the party’s national general council in early July next year than be put back in the bottle.

The DA now has to have a leadership election, which is likely to see an appeal to its white base at the expense of its black leaders.

And the EFF is likely to face more reports of corruption by its leaders, and possible charges against them.

There may also now be the operation of a strange feedback loop that will serve to weaken all three parties.

When trying to attract more supporters, it can be easier to get more support if your enemy is perceived as strong or dangerous. This may explain why the DA was able to gain more votes during the Zuma era. The ANC may be able to successfully campaign against the DA while the EFF could also claim that it needed support to fight against the ANC.

Now, when all of the main parties are weak, it may be difficult to claim that the fight against an enemy worth is worth voters’ support.

This leaves a vast chasm for a new political organisation. However, for various reasons, including the difficulties created by our political structure and the problems of constituencies moving further apart, it appears unlikely that anyone will be able to fill it soon. Particularly when local elections can smash smaller parties who can’t field candidates in every ward.

We may well enter the 2024 elections with many people feeling as they do now, that there is just no one to vote for. DM