A comedy of errors, if it wasn’t so tragic: SAA misses accountability date with Scopa 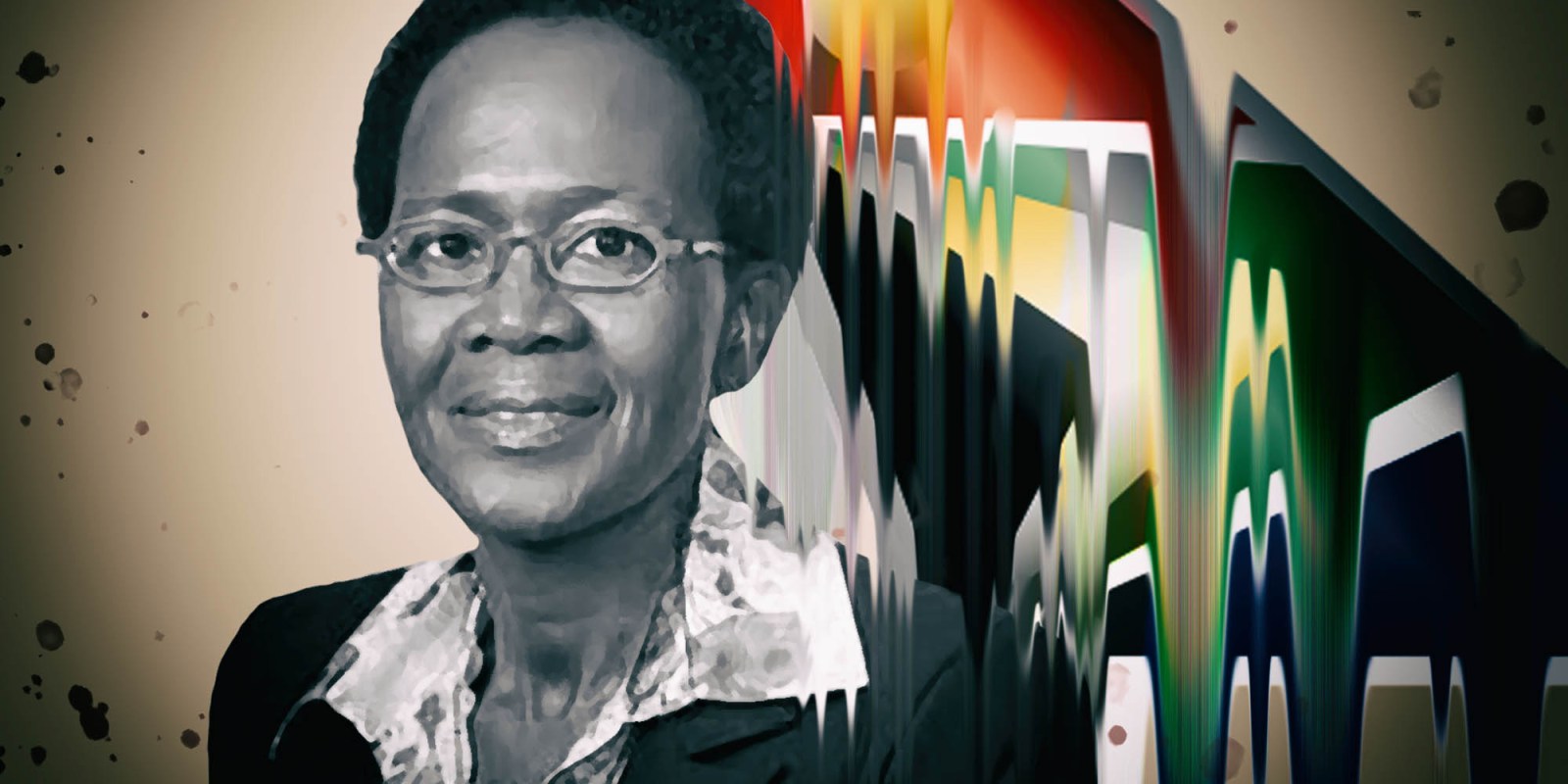 SAA stood up Parliament’s public spending watchdog, the Standing Committee on Public Accounts, at the last minute on Wednesday. But as the national airline may well find out, hell hath no fury like MPs spurned.

SAA executive board chairperson Thandeka Mgoduso, in the letter seen by Daily Maverick, “humbly” requested a postponement without a definite new date.

“A number of operational and commercial complexities have arising [sic] as a result of the industrial action and we are currently seized with assessing and evaluating its full impact globally. We are concurrently evaluating the financial position of SAA. This very involved analysis will yield clarity regarding the viability of the company,” wrote Mgoduso in the letter dated 26 November 2019, signed still as acting board chairperson.

“We anticipate that we shall have cleared some of these material hurdles in the next 10 days. As soon as we have resolved these critical aspects, we shall indicate as such to the Chairman [of Scopa] and request a date for our appearance.”

Scopa would have none of it and decided if the airline wasn’t coming to Parliament, the committee would go to SAA — on 5 December to be precise.

“We are going to SAA,” confirmed Scopa chairperson Mkhuleko Hlengwa.

“We will deal with all these sideshows along the way… We want to take all the necessary steps. We are not swayed from the ultimate goal — the submission of SAA’ s financial statements”.

“SAA wants bailouts, but blocks Parliament from oversight. It has failed to submit its audited financial statements for two financial years. That means oversight is impossible and SAA know this.”

But as with so many matters SAA, there came twists and turns.

Around the time the SAA-Scopa meeting should have happened at 6.30pm, the SAA board of directors issued a statement thanking Scopa for the postponement. And then it went on:

“… (M)embers of the SAA board and executive committee arrived in Cape Town on Wednesday 27 November in time to present a comprehensive report to Scopa on the state of the airline at the originally scheduled time of 18h00. The permission to defer the meeting had not been received at the time the SAA team departed from Johannesburg.”

It’s not clear why no-one at SAA made a phone call.

The statement also added how all requested information had been submitted to the shareholder.

But since Scopa requested the information, it should have gone to Scopa, not the shareholder. It’s a case of separate spheres of state — shareholder Public Enterprises is part of the executive. Scopa is part of Parliament, the legislative sphere.

That information had been requested by 20 November. It includes the legal opinion SAA has invoked to justify trading without being a going concern and without having submitted its audited financial statements as required by the Public Finance Management Act (PFMA) — for two consecutive years.

After SAA missed the 20 November deadline, Scopa said in a statement on Saturday 23 November 2019:

“The committee finds this total disregard of parliamentary processes by the SAA unacceptable as the conduct of the SAA board and management undermine Parliament. Furthermore, the committee will not allow SAA to willy-nilly determine its own rules for accountability.”

But Wednesday’s SAA board statement on the not-meeting and document deadlines concluded:

“SAA refutes any suggestion that it has not co-operated fully with Parliament”.

When approached for comment, Hlengwa simply said, “I am not going to allow SAA to engage with us in bad faith”.

It’s an indication of the muddle surrounding the troubled national carrier, which is used to hold the stick of a call-in of billions in government-guaranteed debt to get its further bailout billions from the national purse. Since 1994, that’s about R57-billion.

And it reflects the frantic jostling around SAA: its lack of going-concern status, effectively insolvency, the R50-million lost every day in the week-long strike and now also trade union Solidarity’s court application to put the airline into business rescue.

“The strike at… SAA with consequential cancellation of bookings has resulted in a sudden deterioration of SAA’s financial position. Accordingly, the Department of Public Enterprises is working together with SAA to urgently formulate immediate actions that will be required to provide support to enable SAA to carry on its business. However, SAA cannot continue ‘as is’.”

Steps to be taken include ensuring the airline is stabilised and “has all the necessary support from all stakeholders”, finalising the appointment of “an effective management team” and returning the airline to “a stronger financial footing in the medium to long term”.

It’s public record that SAA may well be looking for at least R2-billion, and possibly more, that was still missing from its purse earlier in November 2019 — after a pledge by government to use taxpayers’ money to pay SAA’s maturing loans totalling R9.2-billion over the next three years, and the R5.5-billion bailout the national carrier received in September 2019.

SAA had been negotiating with lenders which, however, have been insisting on government guarantees. That means discussions with the government, specifically Public Enterprises.

This all emerged on 13 November when SAA pitched for its meeting with Scopa. SAA board member Martin Kingston told MPs the board had put all options on the table in discussions with the government, including business rescue.

“We have had extensive discussions with the shareholder about all options, including business rescue,” said Kingston before moving on to dismiss this option, describing it as equivalent to liquidation which could lead to the immediate recall of some R40-billion debt.

Gordhan’s statement on Wednesday signals discussions have been stepped up.

And in another hint at government preoccupation with SAA, Co-operative Governance Minister Nkosazana Dlamini Zuma, in Wednesday’s ministerial question session in the House, invoked the troubled airline in one a reply:

“When I get a tender to supply aircraft to SAA that would be wrong… That tender is no good”.

Perhaps it’s the result of having weathered a storm of political criticism from within the ANC over his persistent questions on whether it wasn’t time to ditch non-performing state-owned entities (SOEs), or at least find strategic equity partners.

Or, as Mboweni put it in his Medium-Term Budget Policy Statement (MTBPS) on 30 October 2019:

“I am pleased to learn that there are conversations involving SAA and potential equity partners, which would liberate the fiscus from this SAA sword of Damocles.

“We have essentially chosen to subsidise the middle class and wealthy flying around the country and other parts of the world, rather than the ordinary workers, who sit in old trains from the townships every day, often getting stuck and being late for work…”

That analogy seems to have enthused labour federation Cosatu which, according to City Press, was no longer fundamentally opposed to strategic equity partners, the ideologically palatable term for what otherwise would be described as privatisation.

It’s a radical departure for the labour federation, and this comes as the South African Communist Party (SACP) also seems to be softening, not long after it had issued a lengthy and scathing tongue-lashing of Mboweni’s economic development paper.

SACP Central Committee member Khaya Magaxa, in Parliament as an ANC MP and serving as public enterprises committee chairperson, highlighted differences with the finance minister before saying this in Tuesday’s parliamentary debate on SAA:

“Government must seek to find partners with aviation expertise to buy equity in SAA so that it can continue to fly the South African flag. We can’t continue subsidising the rich.”

The upcoming weekend alliance meeting between the ANC, Cosatu and the SACP will be another step in SAA’s path ahead.

The twists and turns over Wednesday’s Scopa-SAA meeting would be a comedy of errors, if it wasn’t so tragic at this time of crisis. That chapter of parliamentary accountability is not yet over for SAA. DM