Thanksgiving in a time of troubles

Thanksgiving in a time of troubles 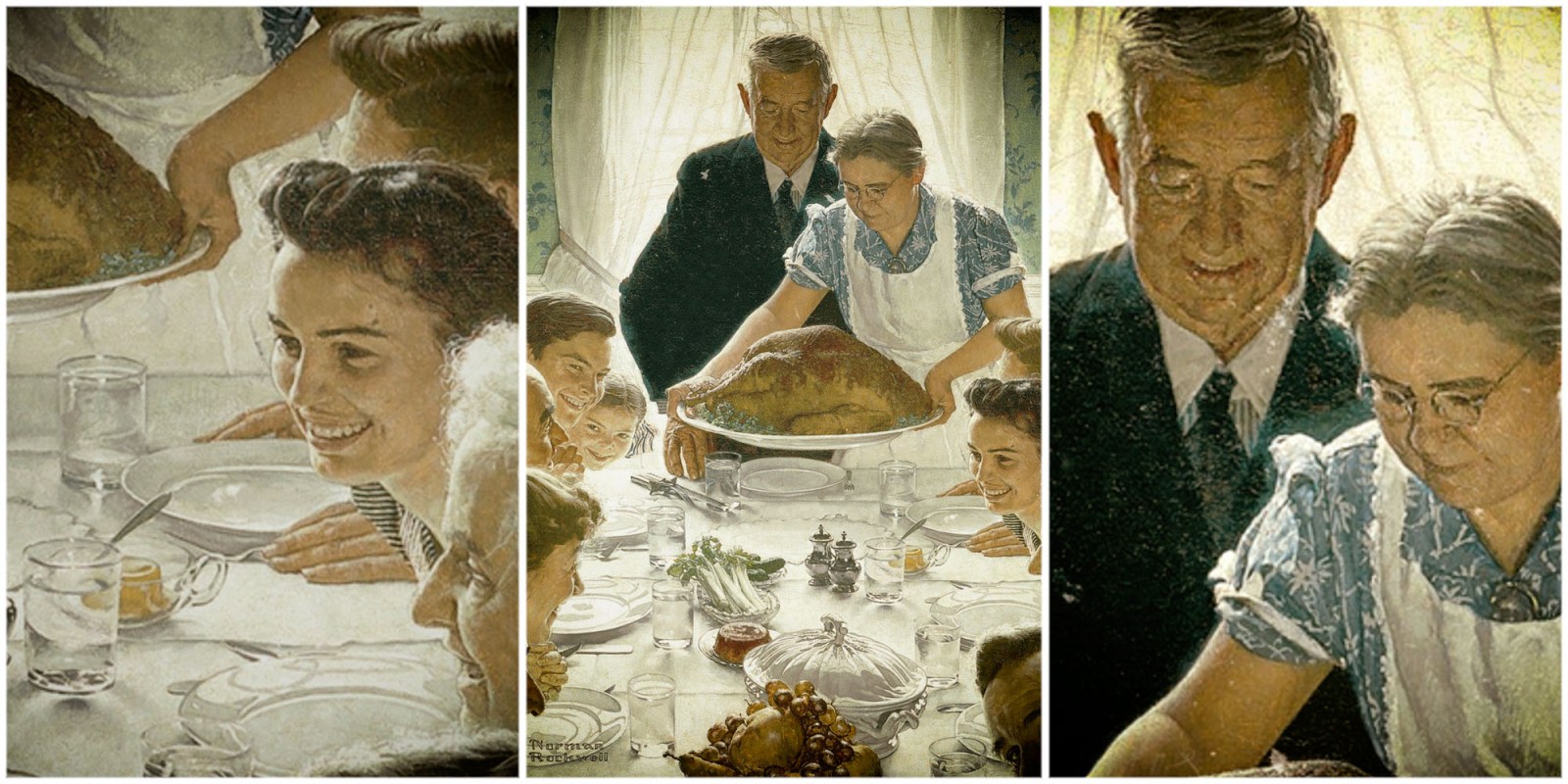 Thanksgiving is a time for the in-gathering of US families, a time to renew ties among families and friends, and a chance to pick old fights or start new ones — especially over a particularly divisive man now residing in the White House.

Americans, of course, instantly recognise the sanctity of the country’s most revered secular celebration. Thanksgiving comes along on the fourth Thursday of November. Winter is effectively just around the corner, and in an earlier more rural past, the crops were in, the foods to be preserved, smoked, or salted were all just about put up for the winter and spring.

Now it was time to celebrate this bounty, and through that, to recognise one of the country’s most durable creation myths. This was the tale of those doughty Pilgrim Fathers, fleeing an intolerant England, and determined to establish their very own rather intolerant religious theocracy in New England, but safe from interference by any outsiders.

By the beginning of the 19th century, the myths were firmly in place of those pilgrims and Native Americans, all joined in intercommunal feasting and games, and with the nascent idea of a unique nation already steeped in the values of American exceptionalism and the first whispers of “Manifest Destiny”. In 1863, even as the country was in the midst of its horrific Civil War, President Abraham Lincoln had declared by proclamation the specific place in the calendar for Thanksgiving — and there it has largely stayed.

My earlier column on the holiday — complete with this writer’s family recipe for preparing the perfect turkey — is to be found here, along with other explorations of Thanksgiving traditions. There is also a link in that story to satirist Art Buchwald’s much-lauded take on the origins of the holiday.

By the mid-20th century, with the advent of television, watching American football game broadcasts in the afternoon, after the family feast, along with viewing the annual Macy’s Thanksgiving parade in the morning, became true national traditions. Later came the first intrusions of Black Friday (now joined by Cyber Monday). Even if the crass mercantilism of Black Friday repels you, the day after Thanksgiving has been now unfairly maligned as a perverse commemoration of some sort of half-priced slaves sale day. A full, deep dive into Black Friday’s real history can be found here in another of the writer’s seasonal columns.

Thanksgiving is actually the peak travel moment all across the US — even more so than Christmas. It functions as a time for an in-gathering of all one’s far-flung relatives and friends, who come together to whinge about the overcrowded airports, highways, and railroads while they eat their required two helpings of everything, including the inedible sweet potato and marshmallow pudding Aunt Jane insists on making and bringing to the table.

In the mind’s eye, Thanksgiving is the very image of that famous Norman Rockwell painting that adorned a long-ago cover of The Saturday Evening Post magazine. Everyone is at the table, well-scrubbed, polite, even reverential, as dad (or granddad) prepares to carve the massive, perfectly cooked bird, and you can just about hear them all singing, in perfect harmony, The Pilgrim Hymn: “We gather together to seek the Lord’s blessing….” Or, perhaps, more secularly, “Over the river and through the woods, to grandmother’s house we go, the horse knows the way to carry the sleigh…”

But what often really happens is rather different. It has more than a little similarity with a South African Christmas Day lunch. There is Uncle Bill, the one who secretly drinks too much even before dinner begins as he picks an increasingly ugly fight about who-knows-what-exactly with cousin John and his new husband, while those two usually bitterly feuding aunts, Janet and Billy, amazingly agree this time that the turkey gravy is burnt and lumpy, the turkey itself is far too dry to eat, and the vegetables were cooked way too long. Even the choice of wines was disgusting.

By now, your younger brother has quietly shifted away to the television room where he is fighting with the two guests he brought to the meal about which football game they should watch (there are at least three being broadcast simultaneously). A fierce fight for possession of the remote control eventually ensues, to the unexpected accompaniment of the sounds of broken crystal when the remote sails just out of reach and onto the mantlepiece over the fireplace.

By the time dinner is over, and as they survey the wreckage, the host and hostess of this particular bacchanal have quietly agreed between themselves that next year they will go out of town for a dinner for two at a special mountain inn, or a favoured seaside resort (the place is truly lovely in the wintry weather). Or they might even just settle on a booth at their favoured local Chinese restaurant for some of that General Tsao’s Chicken, a simmering hotpot, and trays of freshly made dim sum — in fact, they will do anything to avoid another human and material debacle, the way this one has turned out.

But this year, in particular, there is a new challenge: How to avoid full-scale warfare at the table between Trump supporters and his opponents.

As The Washington Post Power Up newsletter advised on the day before Thanksgiving, “DON’T DISCUSS THIS AT THE THANKSGIVING TABLE: There are LOTS of developments in the impeachment inquiry. Before you head off into a tryptophan coma, here’s what you shouldn’t be talking about with that relative who disagrees with you.

“A safe topic, however, might be a brainstorm on another name for Thanksgiving, since ‘some people’ are apparently interested in renaming the holiday.

“Three polls out this week show that Americans remain as divided as ever on whether to impeach and oust President Trump for allegedly misusing his office for political purposes. Despite the president’s protestations, however, support for booting him remains steady.”

All of this allows us to predict the following likely scenarios in a seriously divided America. First, taking place in a small town in a deep red state, a daughter returns to her family for the holiday dinner after six months in an ashram, then work on a coral reef rescue project in Australia, after campaigning for a Green Party candidate.

Along the way, she became a strict vegan and now only wears organic cotton, hemp or wool fabric textiles — strictly no leather. Her family, true to the stereotype, still hunts venison in season for the freezer and their television room is festooned with the taxidermist’s art, along with a collection of firearms that would make an antiquities gun dealer weep. This dinner is going to go well.

Meanwhile, that daughter’s college roommate, now living in a communal group apartment in a now-trendy part of Brooklyn, has taken a chance to invite her parents to the house’s Thanksgiving lunch. There, the twin centrepieces of the organic, vegan banquet are going to be a large, baked tofu turkey and a generous “Beyond Beef” faux meatloaf, smothered in a sauce made from heirloom tomatoes grown on the brownstone’s new, organic roof garden. Her parents came down to the city from their rural fastness in upstate New York, bringing, as their contribution, a variety of artisanal smoked meat specialities, directly from farms in their area.

This year in America, it is all going to end well at the table. Very well indeed, just as long as nobody talks politics, sex or religion. DM