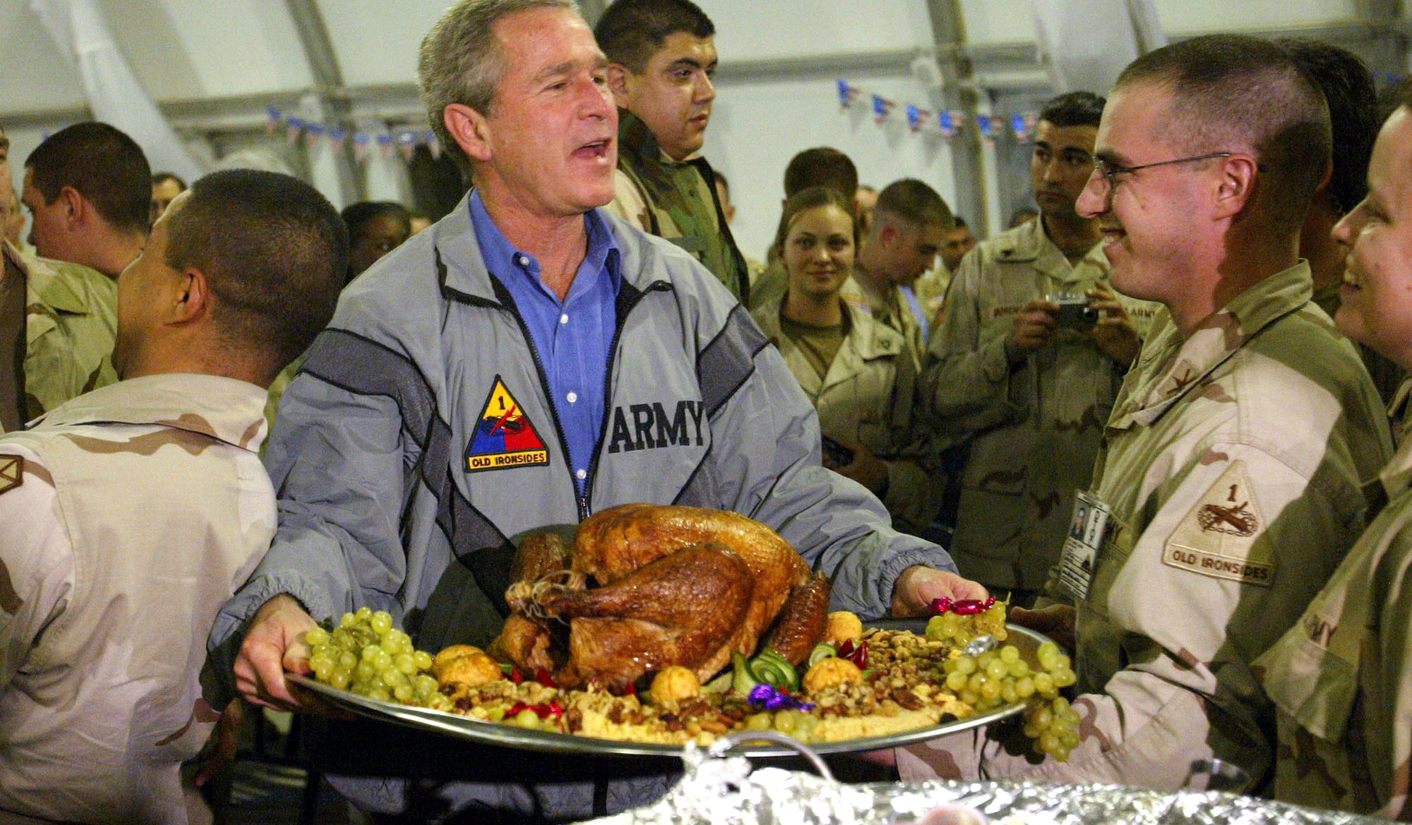 Some people are tempting the gods with perverse cooking methods. Roasting is the right way; the Pilgrim way. The problem is that most people get it wrong. By Naked J BROOKS SPECTOR.

Americans have been gathering together for hundreds of years to celebrate Thanksgiving Day with a feast of roast turkey, stuffing, cranberry sauce, salads, sweet potatoes, succotash (beans and corn off the cob) and desserts such as pumpkin and apple pies. The political and social satirist Art Buchwald – a man who had lived in Paris as a correspondent for the original late, lamented International Herald Tribune, famously said that Thanksgiving is the only day of the year that Americans eat better than the average Frenchman does every day of his life.

Thanksgiving is one of those great secular but religious holidays, mythically acknowledging the survival of the Pilgrim settlers in early Massachusetts after a year of terrible privation and the feast they had in their second winter with the help of the Native Americans in the area (at least until they were defeated, decimated and exiled in King Philip’s War in 1675). Abraham Lincoln made it an annual national day of thanksgiving and prayer in 1863 in the midst of the Civil War and it has essentially been celebrated continuously ever since on the fourth Thursday of November. This year it comes unusually early – 22 November.

In America, the days before and after Thanksgiving are the country’s two peak travel days, topping both Christmas and New Year’s Day. It is a day that routinely has a full television broadcast schedule of American football games, the great tradition of New York City’s Macy’s Day Parade with its large inflatable cartoon characters above numerous floats and other vehicles, and the inevitable afternoon nap after a generous sampling from the groaning board of a Thanksgiving Day feed. Usually, Americans eat this meal early in the afternoon, rather than for supper or precisely at lunch, as South Africans do with their Christmas meal.

Thanksgiving also marks the traditional beginning of the American Christmas shopping season as the day after the holiday is now called Black Friday when the shopping rush seems to begin seconds after midnight. Some stores are even opening on Thursday, but purists still insist that activity is a profanation of a holiday that should be entirely dedicated to gluttony and watching football on television for five solid hours in memory of the brave Pilgrims.

In the days just before Thanksgiving, the president routinely pardons a turkey (provided by the Turkey Growers Association) from being slaughtered, cooked an eaten. One of the great West Wing episodes has press secretary CJ Craig trying desperately to figure out what to do with the now-pardoned turkey. In recent years, too, it has become increasingly routine for political figures to show up at places that give a turkey dinner to the homeless or seriously indigent and help serve the meal. Similarly, too, in wartime, presidents have sometimes had their thanksgiving meal with soldiers on deployment.

Except for vegetarians, the epicentre of a Thanksgiving meal is, of course, the turkey. Usually roasted, some people are tempting the gods with fried or some other perverse version of cooking a turkey. But roasting is the right way. The problem is that most people do it the wrong way. And the result is dry, grainy meat that tastes a great deal like chicken-flavoured sandy cardboard. There is a better way.

And so, as a favour to turkey fanciers everywhere, herewith the Spector traditional family method of preparing the turkey and trimmings:

Thoroughly defrost your turkey first. Remove giblets, neck from inside turkey and put aside. Place in roasting pan and then fill the cavity with contents of one tin or bottle of beer – whatever brand one has handy. Then plug the cavity with an orange or an apple and coat the outside with honey, golden syrup, or maple syrup. Be sure to snugly cover the turkey in a roasting bag or cover with aluminum foil but leave a bit of space inside so that the skin does not stick to the foil or bag.

Roast for several hours at medium heat (160-170°C.  When the turkey is cooked all the way through (the little red or blue button will have popped up by then), open the foil or bag it is in, and then turn up the temperature to about 200°C. Once the turkey skin has browned evenly, remove the turkey from oven. Allow it to rest for 15-20 minutes. Then carve with a sharp, serrated knife. Prevent the inevitable family scavengers who show up unexpectedly from laying claim to all the best bits.

Draw liquid from the turkey roasting pan while it is cooking (there will be lots of it), then mix with lots of finely chopped sage, season with brandy to taste, add the contents from one packet of instant soup (chicken and vegetable, or cream of chicken). Add the neck that was set aside earlier. Grind in fresh pepper, and then add one-two bay leaves and heat on low heat until it begins to thicken. To thicken further, add a thickening agent (a flour/water paste, corn starch or a flour/butter roux). Continue to heat until gravy has thickened. Allow to cool so that any rendered turkey fat can be skimmed off. Reheat until warm when it is to be served.

Mix large quantity of breadcrumbs, dry bread, croutons, old cooked rice or small bits of dry toast. Sauté the turkey giblets, one finely minced onion, several stalks of finely minced celery until light brown (the onion) and add to bread mix above. Mix in several teaspoons of chopped sage, grind in significant amounts of black pepper, two whipped eggs (or three or four, depending on the amount of stuffing being made), add one packet of cream of chicken instant soup, turkey liquid drawn from the turkey being cooked, as well as port and/or brandy to taste. Mix thoroughly, spread into roasting pan (pre-greased), cover with foil and bake for 30 minutes or so, until firm but not dry.  Add chopped walnuts to taste or browned ground sausage. Remove cover and brown on surface, then remove from oven and serve steaming hot.

Take several tins of jelled cranberry sauce and several tins of whole cranberries, mix together with one finely chopped large orange (including the peel). Flavour liberally with Cointreau, Amaretto or a good full cream sherry. Chill and serve. DM