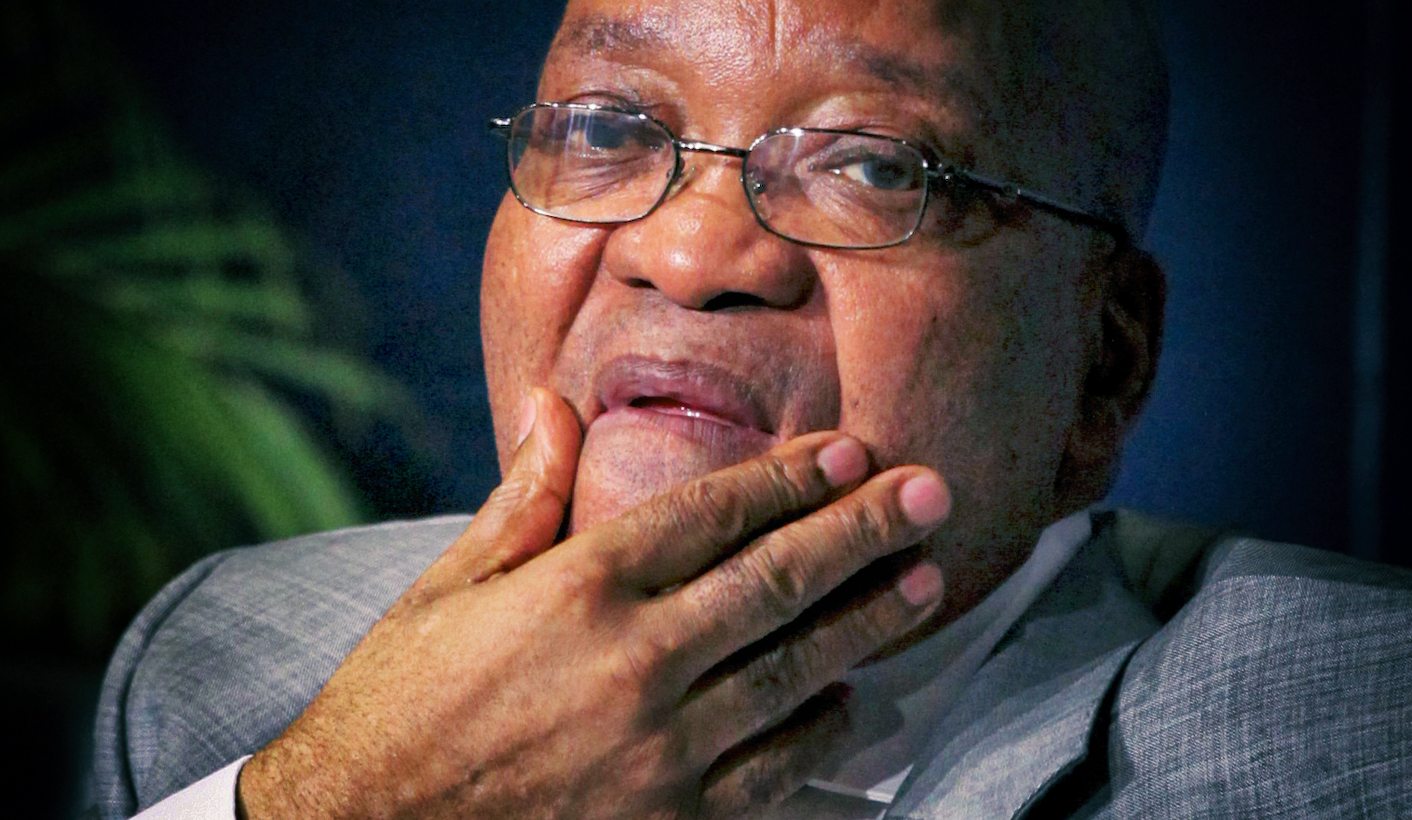 It is one thing reading in the media and published works allegations of former president Jacob Zuma’s direct involvement in derailing legitimate criminal investigations into his friends and enablers, but quite another to hear it in detail and in person from those once closest to the seat of power and the flame.

President Jacob Zuma personally instructed those tasked with safeguarding the country’s national security to shut down criminal investigations into the Gupta family as well as a State Security Agency (SSA) probe into about R600-million lost to fraud and corruption by former SSA DG Arthur Fraser’s Principal Agent Network (PAN).

This has been the devastating testimony to the Zondo Commission over November 25 and 26, as two of the country’s once most-senior intelligence chiefs, Mo Shaik, former head of the foreign branch and Gibson Njenje, former head of domestic intelligence, set out how Zuma in 2011 had personally stepped in to stop an investigation into the Gupta family as well as Fraser’s rogue SSA Principle Agent Network.

It is one thing reading in the media and published works allegations of Zuma’s direct involvement in derailing legitimate criminal investigations into his friends and enablers, but quite another to hear it in detail and in person from those once closest to the seat of power and the flame.

Little wonder, then, that the heavily implicated former minister of state security, Siyabonga Cwele, has a lawyer on a “watching brief” at the Zondo commission.

Both Shaik and Njenje painted a portrait of Zuma as a man far more preoccupied with personal political power and wealth than the interests of the country he was elected to lead. (Sort of proto-Trump – Ed)

They exposed a man prepared to risk the security and well-being of South Africa and South Africans so that foreign interests, including Iran, through the Gupta family, could clandestinely gain a foothold in South Africa.

Shaik testified this week that had Zuma heeded the warnings by his intelligence chiefs about the Guptas, State Capture, which has cost South Africa R1.5-trillion during only Jacob Zuma’s second term, could have been “nipped on the bud” in 2011.

On Tuesday November 26, Njenje testified that in 2009 he had been tasked by then minister of state security Siyabonga Cwele to investigate allegations of widespread corruption in the SSA, with Arthur Fraser, then the deputy director-general of operations, and specifically to look into the Principal Agent Network and the Special Operations Unit.

Njenje said the SSA investigation had almost been completed by 2011 and “significant progress had been made”. He had already approached the SIU and the NPA and had handed over the evidence in preparation for prosecutions.

What had been uncovered, said Njenje, was fraud and corruption amounting to about R600-million and which involved the purchase of properties, around 300 vehicles as well as computers and laptops “that were just stacked away” by the PAN.

The PAN, Njenje told Deputy Chief Justice Zondo, was meant to be a part of official intelligence structures, but was not. In other words, it was an off-the-books, full-on rogue intelligence network.

In 2011 Cwele had contacted Njenje and asked him to meet in one of the “government lounges” at OR Tambo International Airport.

Njenje said at that meeting Cwele had instructed him to “stop” the investigation and prosecution of Arthur Fraser and others “in the PAN programme”.

“I was shocked,” Njenje told Zondo, “I said ‘but Minister, we started this thing in 2009 and it is now 2011. We have spent so much time and energy and government money. Why must we stop it?’ ”

Njenje then said that Cwele had told him in no uncertain terms that “it was the president’s decision that it be stopped”.

“He [Cwele] said the president said it is going to compromise national security if we go ahead and prosecute,” Njenje told Zondo.

Njenje said he told Cwele that “we are dealing with criminality here, straight criminality, not national security”.

“But he [Cwele] was adamant it was the president’s decision.”

Cwele ordered Njenje to “see to it that the SIU and everyone else not proceed with their actions”.

Njenje added that he had then instructed someone in the investigating team to “collect the documentation from the NPA” a decision, he added, that had been “difficult considering the amount of work that had gone into building the case”.

Afterwards, Cwele had summoned Njenje to Cape Town, ostensibly to “meet the president”, an encounter that never took place.

Instead, said Njenje, Cwele had told him that he had recommended him for the ambassadorship to Rwanda. Later Njenje had told Cwele that he was not the then Minister of Foreign Affairs and had no mandate to recommend ambassadorships.

After this encounter Njenje said he had tendered his resignation.

Asked by Deputy Chief Justice Zondo whether Cwele had revealed the issues of “national security” that might be affected by the prosecution of Fraser, Njenje had replied that Cwele had been unable to do so.

“He did not, he could not. He knew I would know what is in the interests of national security. The breach itself we were in was a threat to national security… people just spending money as they wish,” said Njenje.

Njenje laughed out loud, replying “he is advised by us… we are his experts. There was no issue, none whatsoever”.

Three years after Cwele instructed Njenje to kill the investigation into Fraser, Fraser was appointed by Jacob Zuma as director-general of the SSA. DM