SAA can be saved, says Solidarity in legal bid to place state-owned entity under supervision 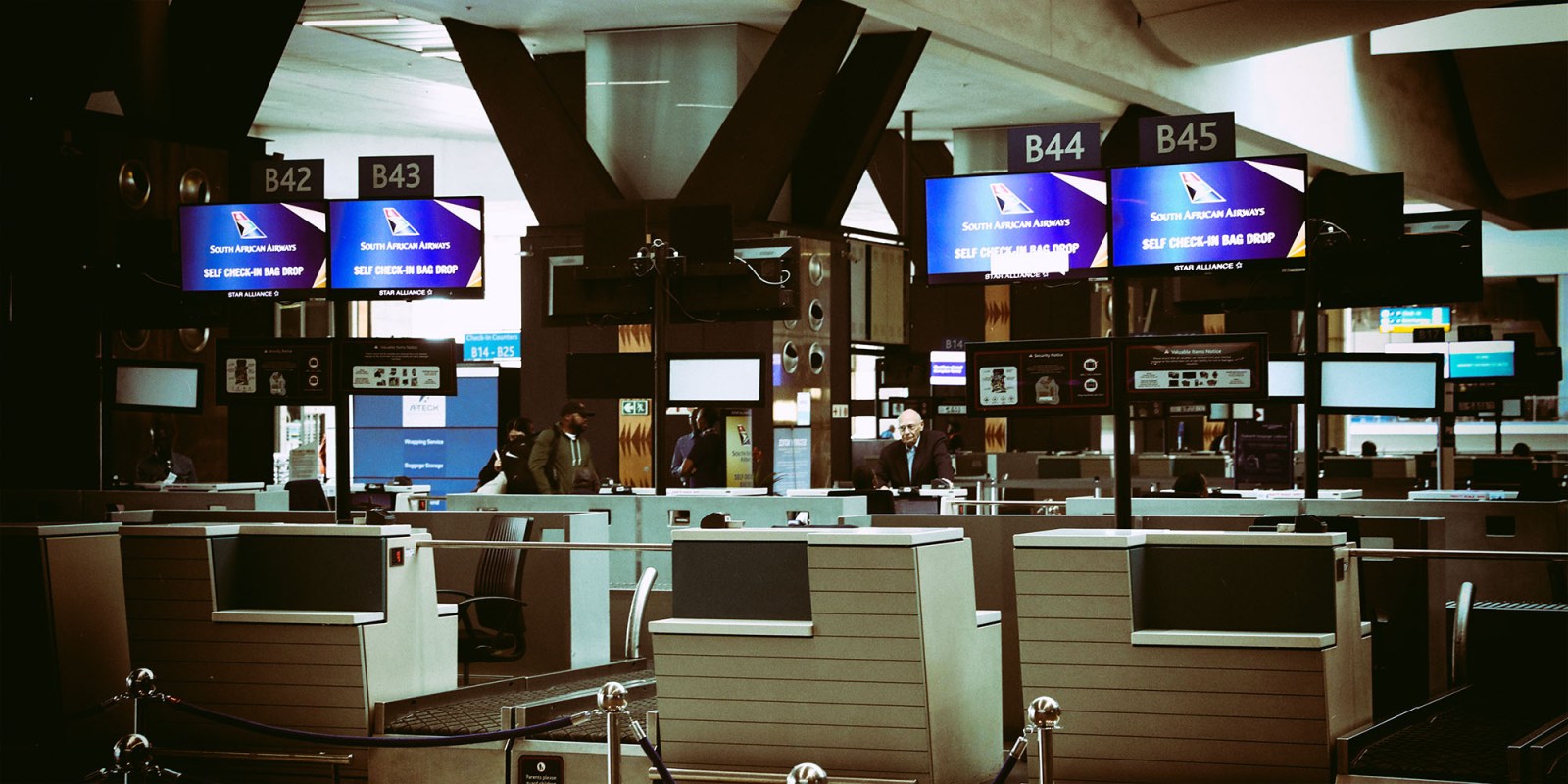 South African Airways have cancelled all their domestic and international flights fro friday and saturday due to South African Cabin Crew Association and the National Union of Metalworkers of South Africa announcing that the union members will embark on a strike. Photo Thulani Mbele. 14/11/2019

Trade Union Solidarity handed in an application to the Johannesburg High Court to have the embattled South African Airways placed under business rescue, prompted by the state-owned entities’ manifold financial woes.

In court papers submitted to the Johannesburg High Court on Thursday 21 November, the union said in spite of SAA’s financial distress, the entity can be rescued, provided it is placed under supervision and an independent business rescue practitioner is appointed.

“A business rescue is the only remaining option to limit the damage,”

“In all, 11 000 workers will lose their jobs and a debt burden of billions of rand will have to be absorbed by the Treasury if there is no radical intervention,” Herman said.

Solidarity said it is taking this action as part of its broader campaign against “the squandering of tax money”, with SAA regarded as the country’s major offender.

The court process was launched under Section 128(1) of the Companies Act which permits, among other parties, trade unions to make a formal application to the High Court for an order to place a company under financial supervision.

Additionally, the entities’ liabilities exceeded its total assets by R18.6-billion in the 2017 financial year, a gobsmacking increase from R12.2-billion in 2016.

“The FY2017 financial statements clearly paint a picture of a company in a deep financial crisis. The recent announcements that an amount exceeding R21-billion will be required to fund SAA’s operations over the next three years confirms that SAA will continue to be a drain on the South African economy for years to come,” the court papers read.

This week alone, SAA suffered more crippling financial loss as a result of an ongoing strike, which is reported to be costing the business a minimum of R5-billion a day.

The National Union of Metalworkers of South Africa (Numsa) and SA Cabin Crew Association (Sacca) called the strike last week after SAA declined their demand for an 8% salary increase and its plans to retrench almost 20% of employees.

Furthermore, the entity has not made any financial gains since 2011 nor has it published annual financial reports since 2017.

In September, Daily Maverick reported that SAA’s interim chief financial officer said the entity was unable to table its financial standings because of ongoing concerns.

Solidarity’s court submissions suggest that a 2013 long-term turnaround strategy that was initially proposed by SAA, be used. The strategy is delivery-orientated and is aimed at tackling the entities’ unsustainable business model.

According to the strategy, SAA’s challenges include a weak long-term balance sheet, high asset costs, high people costs, sub-optimal route network and the lack of understanding of the balance of operating a commercial enterprise and supporting SA’s developmental state policy objectives.

In July, Solidarity launched a legal application against Denel, another limping state-owned entity. This was to push the company to pay deductions from employee’s incomes and pressure it to probe former officials accused of plundering the arms manufacturer. The union said the matter will be heard at the Johannesburg High Court in December. DM