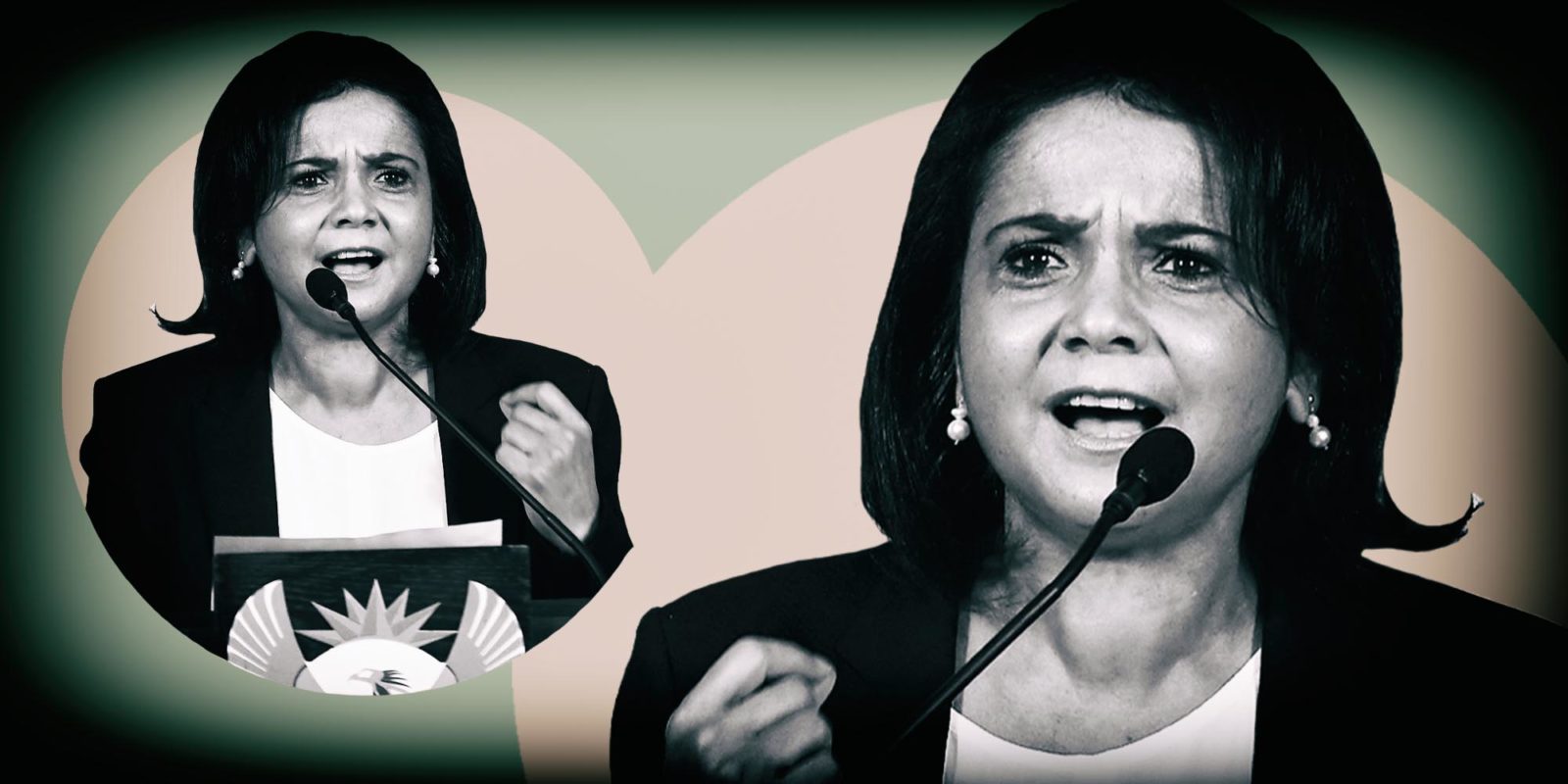 It is clear from Shamila Batohi’s attitude and her demeanour that the fight is on. She is going to be careful, aware of her position and aware of the importance of what is happening around her.

It must be strange to be South Africa’s National Director of Public Prosecutions. Strange to know that no one in this position has ever finished their once-off non-renewable term. Strange to feel the weight of public expectation, to have everyone ask you, at every turn: when? When will you act, arrest criminals, charge them with their obvious crimes? When will there be prosecutions of those we all know committed wrongdoing, stole and robbed South Africa blind for so long?

On the afternoon of Tuesday 18 November, NPA head Shamila Batohi held her first engagement with the media.

To walk through the halls of the NPA is to be reminded of several incidents in its past.

There was the day in 2009 when the-then acting NPA head, advocate Mokotedi Mpshe, announced that he was withdrawing corruption charges against Jacob Zuma. This was just days before the elections. The room was packed with journalists and Mpshe was obviously under huge pressure. It was also obvious that his reasoning was a legal nonsense.

Four years ago there was a different packed hall, with journalists crammed into the front few rows and NPA staff making up the rest of the audience. On the stage was Mpshe’s mentee, advocate Shaun Abrahams. He was full of swagger and talk about how he would stabilise the NPA.

He gave an unbelievable response to a question I asked when he said: “I can assure that I don’t intend to use my power to protect anyone.” He looked at me directly and said, “Does that answer your question?” He raised his voice again to say, “I have not been appointed to protect anyone.”

We now know, as we suspected then, that it was a bald-faced lie.

I have often wondered what Abrahams was thinking. How did he envisage it ending? Did he really believe that being appointed to this position by Zuma, after serving an apprenticeship with advocate Nomgcobo Jiba was going to end well for him, or South Africa?

It is hard to think of a more different figure to Abrahams than advocate Shamila Batohi.

I’ve wondered, over the last few months, about the image she has presented. Instead of a swaggering ceremony to welcome herself to the NPA, she has been understated, careful, and refused to make big promises. Because of her policy of having very few public interactions, she has almost been a cypher, she has come to symbolise the hopes and dreams of those who want justice in these insecure times.

In the absence of public comments, other elements fill the void. The arguments around the white male identity of Eskom CEO-elect Andre de Ruyter are partly because people know so little else about him so that his race overshadows who he is and what he has done.

For me then, the briefing at the NPA on Tuesday was an opportunity to put some flesh on the bones, to shake the hand and look in the eyes of the person on whom so many hopes have come to rest.

One expects confidence from advocates, and eloquence, a fluency of thoughts and words. Batohi has this in spades. She also has the ability, as some very clever and experienced people do, to be light with the language. She sees you coming a mile away, knows how to deal with any query and can answer any question intelligently without creating any explosions along the way.

Considering her job, this is not easy.

The abiding impression one gets from Batohi is one of honesty. She is clearly the complete opposite of Abrahams, and the opposite of advocate Menzi Simelane, Zuma’s first choice as NDPP who arrived in office with a negative finding on his honesty already against him.

It has become almost trite to talk about the problems facing Batohi, about how difficult it is going to be to rebuild the NPA (or even just build capacity it never had), about how long we will have to wait for criminals to be charged. There is the regular refrain, both from her and others, about how different evidence at the Zondo commission is to building a legal case that can be placed before a judge.

As Batohi wryly puts it, “The Zondo commission does not help us very much in terms of expectations. People think that if you have a new national director you have all of these dockets ready to meet the standard of proof to prosecute and we are just going to arrest.”

She is, of course, correct.

But even eminent legal practitioners have started to express their frustration, talking about how low-hanging fruit could be prosecuted. Batohi herself talks about “the Al Capone option”, in which information from SARS would be used to prosecute people who did not pay tax on money they received to enrich themselves.

And Batohi and her officials underscore how important all of this is. “We are acutely aware of what the people of South Africa want, and how important it is for us to get those first cases to build the confidence.”

As President Cyril Ramaphosa has attempted to consolidate his power, there has been significant pushback from people in certain government institutions and fights are raging between different ANC factions.

Zuma and those around him must surely be concerned about being prosecuted, and aware that the NPA was the most important battleground of recent times. Jiba and the NPA’s former commercial crimes head, advocate Lawrence Mrwebi, were in office for a long time. Judges have made findings against them, and the commission that investigated their fitness for office found they had been dishonest. Considering Zuma’s track record, it makes sense that the two have made sure that certain people are left in the NPA who can cause significant trouble for Batohi and those who agree with her.

Batohi is well aware of this, she knows that there could be big landmines left lying around to cause problems for her and her agenda.

But it is clear from her attitude and her demeanour that the fight is on. She is going to be careful, aware of her position and aware of the importance of what is happening around her.

The importance of the NPA cannot be overstated. It is the single most important institution in our society. Without it, without prosecutions, without convictions and a working criminal justice system, there is no brake on stealing, nor a deterrence to continuing criminality, nor fear of being a looter.

There is a long road ahead. The NPA may well, in the end, hold the balance of political power in its hands. Batohi may be the person who makes decisions that could, literally, decide the future of South Africa.

It must be a heavy burden. DM