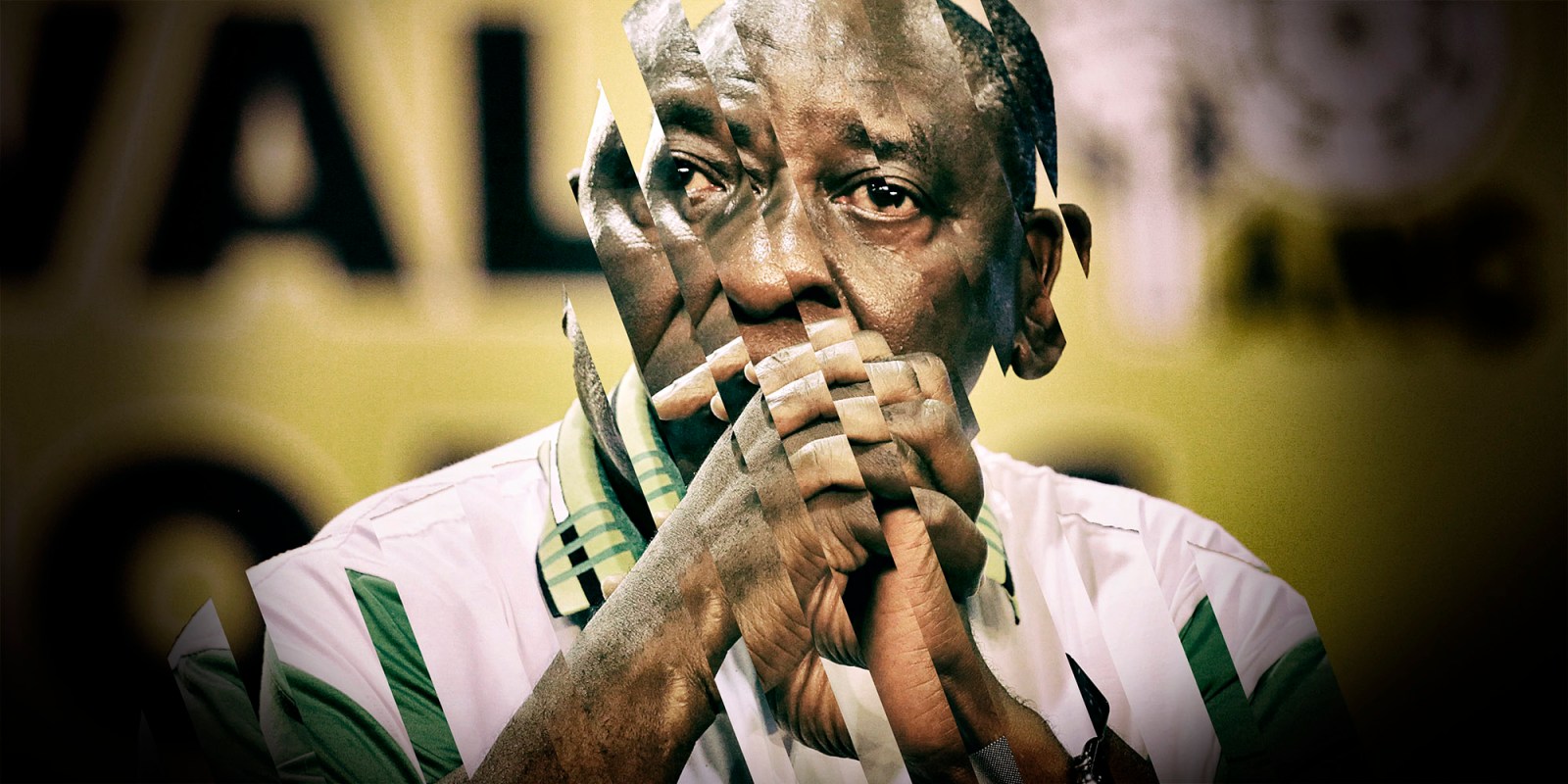 Somewhere between hopes and aspirations lies the reality of time and money — and alliance members.

The usual suspects, those very people who have been in and around the ruling alliance for the past 25 years, including people like Julius Malema and Neil Coleman, both of whom have now recreated themselves, have, at different times, been part of what brought us to this point in our political economy. Now they want a second chance at destroying what little of state and society is left.

While the ruling alliance continues to fracture, the official opposition is in a state of disarray and the smaller parties in various states of being and nothingness, someone has to govern. Let us ignore politics — just for a brief moment. At no time since the first democratic administration under Nelson Mandela, has the distinction between politics and governance been more pronounced.

Among the biggest differences, this time, is that the government — the Sixth Administration — needs two things that are not readily available. Time and money. Somewhere between hopes of building and spreading prosperity more equitably across society, and aspirations of a country that can reclaim the moral authority (as a political resource), and continue to be functionally integrated into a global political economy and a stable global financial system, the government needs time to do all that it has set out to do, and find ways to pay for it. There is little to suggest that either will be achieved.

The numbers are too great, and the time the current administration has is too short. It may be shorter, still, if the ruling alliance removed Cyril Ramaphosa from the Presidency. All things being equal (I want to vomit just using that term for the way that economists throw it about), Ramaphosa has five years in which to meet the hopes and aspirations of 55 million people. But he may not see out his term.

Things will deteriorate especially rapidly if Ramaphosa is replaced by any of the rapscallions associated with State Capture; the governance of satrapies that have come to resemble Gangster States; the collapse of provincial governments (Limpopo, North West Province); the hollowing out of city administrations (Nelson Mandela Bay), and any of the rogues who have caused the maladministration, dysfunction and almost complete collapse of state enterprises.

It’s worth bearing in mind that should Ramaphosa be removed, the government may lose some of the better Cabinet ministers the country has had in a decade. As it goes, the Minister of Public Enterprises, Pravin Gordhan and the Minister of Finance, Tito Mboweni are in the cross-hairs of the very same alliance members who brought the country to where it currently is.

There is every possibility that, should Ramaphosa be removed sooner rather than later, initiatives like the Zondo or Mpati commissions will either be shut down, or their findings reversed. We will get back to the politics below.

The numbers are foreboding

If we consider just the numbers — the numbers of homes, schools, roads, bridges, dams, railway lines, highways, or taxi ranks that have to be built, repaired, regulated or policed — it is hard to see Ramaphosa achieving even half of the task before him.

In their submission to the United Nations Special Rapporteur on adequate housing as a component of the right to an adequate standard of living, the Socio-Economic Rights Institute of South Africa explained, in 2018, that “given the insecure tenure arrangements in informal settlements, and the fluidity of residence in these areas, the number is likely to be significantly higher”. But let us stay with the conservative estimate of 1.4 million homes that are needed — desperately. In the back of your mind, dear reader, remember that one political party has wilfully told its followers to seize vacant land; which they do, and invariably erect ramshackle homes which mushroom into informal settlements.

This story sometimes writes itself. Everyone is aware of it. For this reason, the act of writing produces unbearable amounts of tedium, but consider the publicum, the people who deserve the benefit of public goods and services. For their sake, the story has to be written over and again.

We can start anywhere. The state cannot guarantee an uninterrupted supply of electricity. Parts of the country are parched to the point of crisis, partially because of bad management and partially because of ignoring early advice about drought. To be fair, climate change may help explain the state of affairs, but the state has had warnings, most notably about the 2018 drought in Cape Town.

The state has apparently failed to prevent ongoing banditry on national highways. The Passenger Rail Agency of South Africa, besides allegations of corruption, have rewritten the definition of mismanagement which, for a time, everyone thought Hlaudi Motsoeneng had it down. As it goes, the public broadcaster is hanging by a very tender filament. The national airline seems to be in a state of constant panic.

The more daily use of public goods and services are under threat. Libraries are burnt down. The post office seems to be working, but danger, rape and murder lurk in its darkened spaces — and that’s not hyperbole. More and more people are turning to private mail services, in much the same way as people are turning to private security services — probably because the South African Police Service is considered to be the most corrupt institution in the country.

Many of the details provided above are well known. Writing it down felt a bit like tweeting that I just got cut off by a minibus taxi. So what? Who has driven on South African roads and not witnessed a taxi breaking any number of laws? The problem is, that there is very little that can be done about it. The taxi associations are in a league of their own — and they have the arms to secure their position.

The Usual Suspects want back in

Before we attempt some political contentions, let’s ask some vexing questions. How can the government stop the lawlessness of minibus taxis? Or banditry on the N3 or N1? Will there come a time when all private security firms go out of business because people actually trust the police, and the police actually serve and protect communities? How many times, over the next, say, five years, will the state have to bail out the national airline? Will the national broadcaster ever be profitable? Can the government ensure that the lights stay on?

We can go on and on. It does get rather tedious. But here is what is believe to be the biggest problem. The usual suspects, those very people who have been in and around the ruling alliance for the past 25 years, including people like Julius Malema and Neil Coleman, both of whom have now recreated themselves, Zwelinzima Vavi, Irwin Jim and SACP members appointed to Cabinet by Jacob Zuma, have, at different times, been part of what brought us to this point in our political economy.

And now, the old faces behind new masks are wanting to determine, again, what we should do to create wealth, prosperity, happiness, well-being, safe houses and safe communities.

Shortly after the global economic crisis of 2008 a respectable global newspaper gathered around a group of economists to work out what had gone wrong, and why? The only problem was that they were the very same economists who were responsible for the crisis in the first place. We are at a stage now, in South Africa, where alliance members, all hiding in plain sight, are trying to undermine the fresh thinking that Mboweni is introducing. Whether it will or will not work is beside the point (the numbers above should cast enough doubt on the workability), but to hand back public policy-making to the very same people who brought the country to its knees would be foolish. Actually, it will probably be disastrous.

The burden that has been placed before Ramaphosa is big. But the threat to his Presidency is bigger, not just for him, but for the country. DM